Distressing images have emerged showing a group of hare coursers in action in Cambridgeshire.

The pictures, shared by the Ely Standard, were taken after a group of four men and a 12-year-old boy were spotted hunting hares in the countryside.

The images show one man swinging a hare by its legs, moments before brutally bashing it against the top of his car.

Other pictures show a dog grabbing hold of one of the small animals using its teeth.

The photographs were taken earlier today near the Cambridge Services just off the A14. 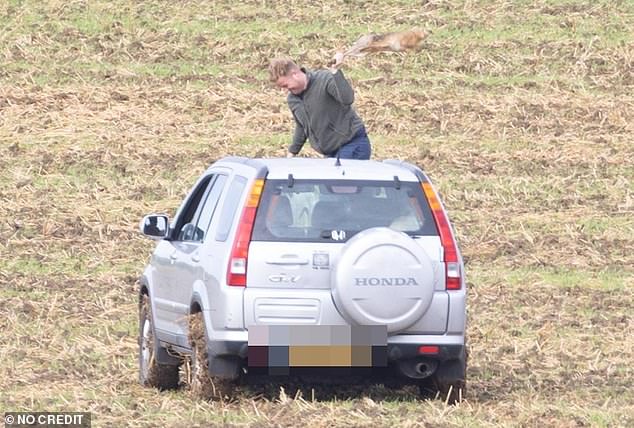 Shocking photographs of hare coursing in action in Cambridgeshire have been caught on camera. 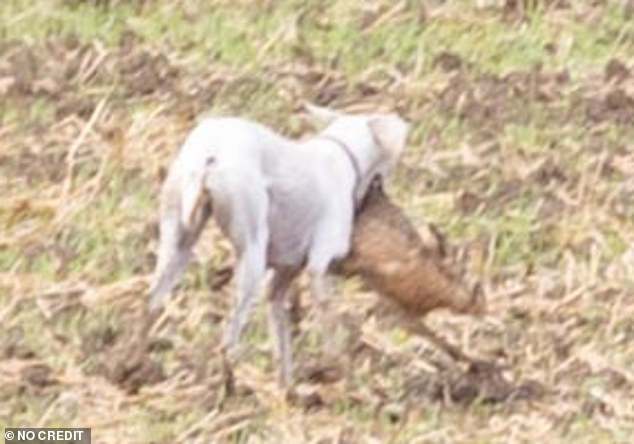 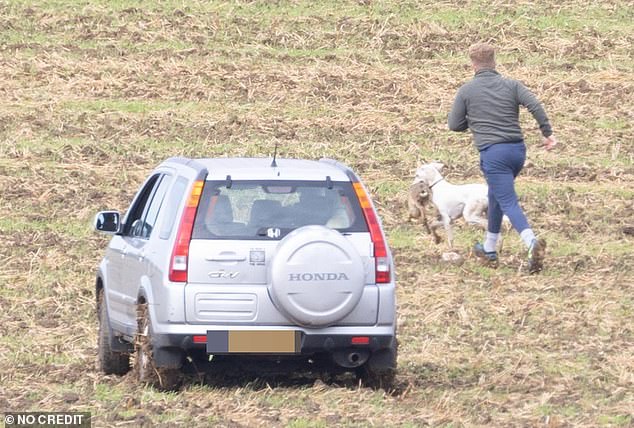 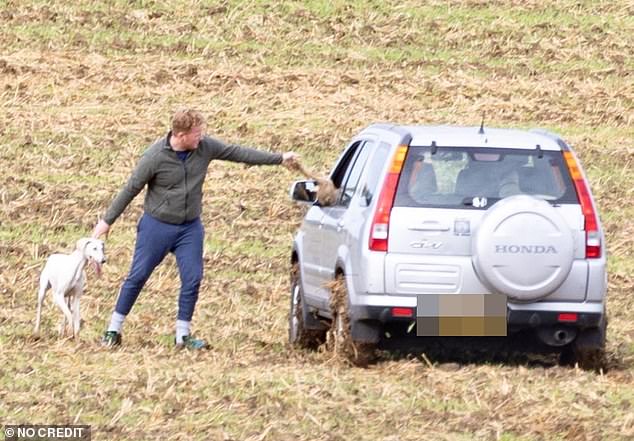 Hare coursing was banned under the Hunting Act 2004, but still takes place illegally in areas of flat farmland such as Cambridgeshire

Cambridgeshire Police have been handed the images and have now launched an investigation to find the owner of the Honda captured in the photographs.

One police officer was quoted as saying the coursers are ‘an absolute menace’.

He said the Rural Crime Action Team were determined to catch all culprits found operating in Cambridgeshire.

Hare coursing is a bloodsport where dogs are used to chase, catch and kill hares.

The practice was banned in the UK by the Hunting Act 2004. However, it still takes place illegally in the countryside – particularly in areas with flat farmland such as Cambridgeshire.

In August, seven police forces announced they were joining forces in an attempt to curb ‘cruel’ bloodsports. 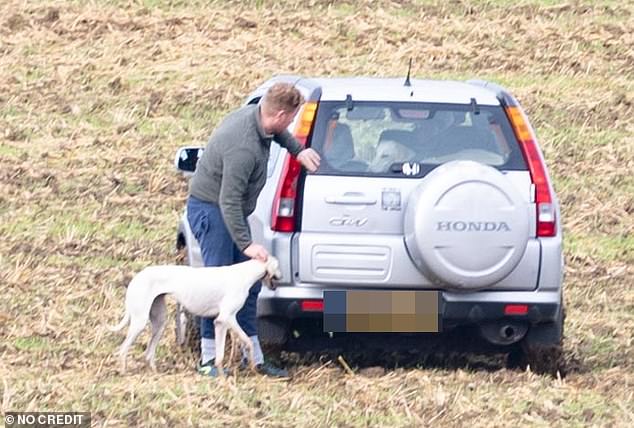 Hare coursing is a bloodsport where dogs are used to chase, catch and kill hares. 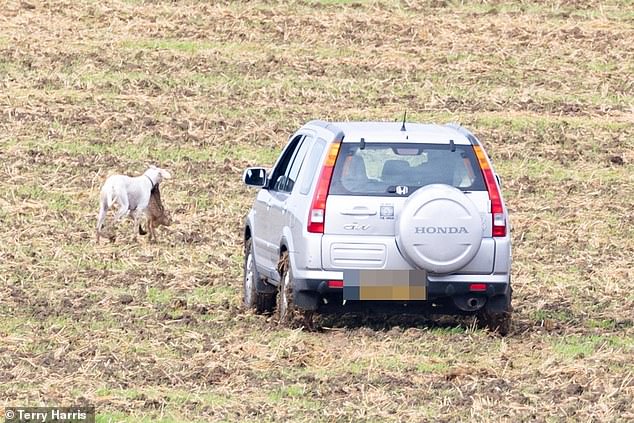 Bedfordshire, Cambridgeshire, Hertfordshire, Norfolk, Suffolk, Essex and Kent forces stated they would work together and remove their borders in relation to hare coursing.

The agreement was backed by the Crown Prosecution Service and it means that anyone who participates in three incidents linked to hare coursing can be prosecuted, regardless of the area in which the offences were committed.