Prince Harry revealing his Taliban kill count ‘could create security risks for Invictus Games’, MP warns – as SAS embassy siege hero says the Duke has put himself and his family at greater threat of terror attacks

A Tory MP has suggested that Prince Harry’s claim that he killed 25 members of the Taliban while serving in Afghanistan could pose security risks for the Invictus Games.

The Duke of Sussex, who was known as ‘Captain Wales’ in the military, wrote in his tell-all memoir Spare that he did not think of those he killed ‘as people’ but instead ‘chess pieces’ he had taken off the board.

This morning Tobias Ellwood, a senior backbencher and chairman of the Commons Defence Committee said the revelation in Harry’s memoir was ‘ill-advised’.

Speaking about the Invictus Games, a sporting event created by the Prince for injured, sick and wounded soldiers, he told Sky News: ‘I do worry that this is going to have security implications.’ 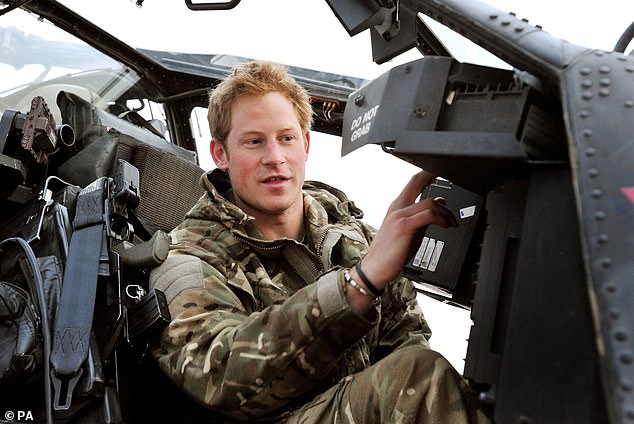 Harry revealed he killed 25 Taliban fighters on his tours in Afghanistan in his book, which will go on sale in the UK on Tuesday 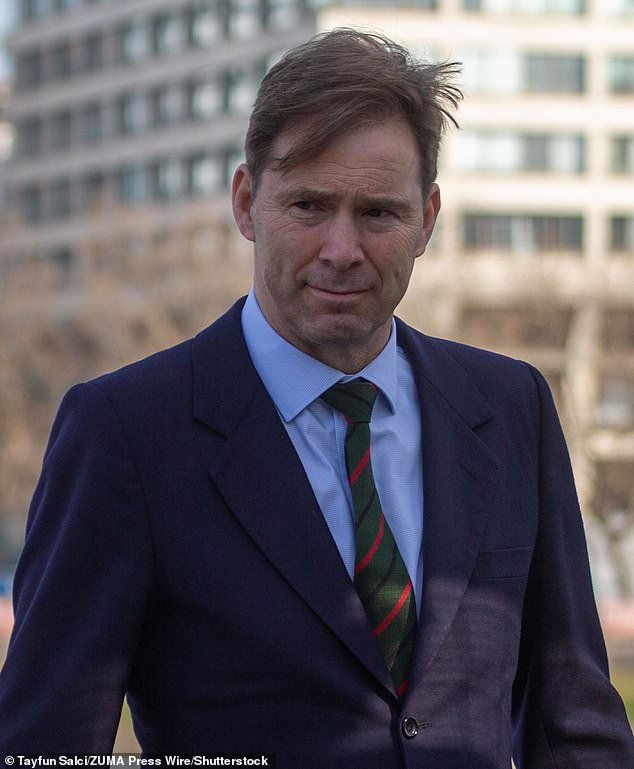 Tobias Ellwood, a senior backbencher and chairman of the Commons Defence Committee said the revelation in Harry’s memoir was ‘ill-advised’ and warned there may be ‘security implications’ at the Invictus Games

The MP, who also served with the British Army, said: ‘One of the rare occasions that I worked with Prince Harry was in the Invictus Games in Sydney and in Toronto and so forth.

‘And I’m now concerned that something which has been so important to veterans to help rehabilitation will now suffer because there could be security implications of him participating in that.’

It comes as Rusty Firmin, a SAS hero from the Iranian Embassy siege, warned that Prince Harry’s claims has massively increased the threat for his own family and other key royals. 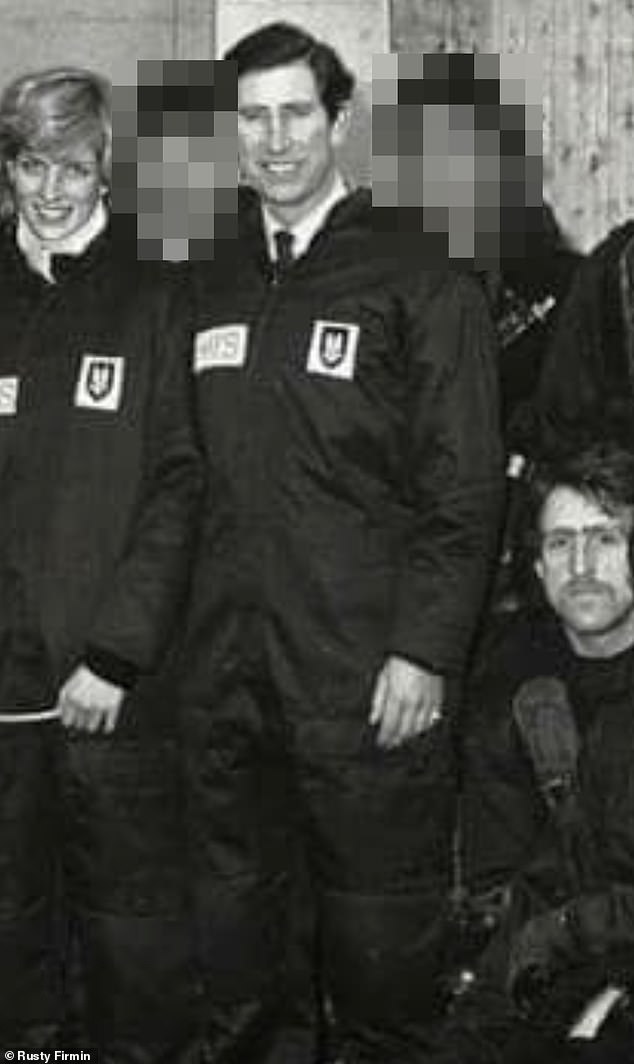 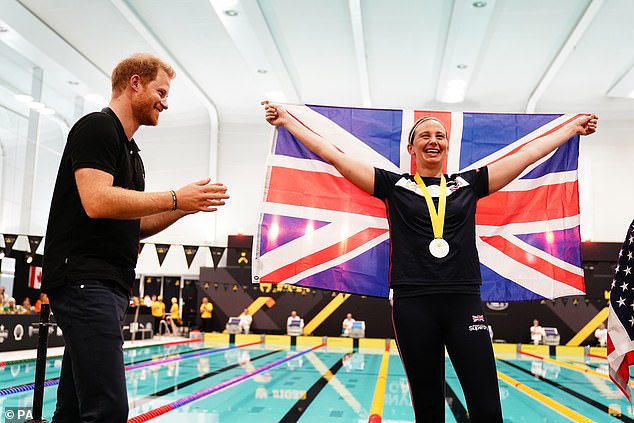 Mr Ellwood said his claim could risk the security of the Invictus Games. Pictured: Prince Harry congratulating a Team UK medal winner at the Invictus Gams in the Hague, Netherlands, in April

It is a threat that will not go away – and it’s a feeling shared by many, including a former British Commander in Afghanistan, Colonel Richard Kemp. 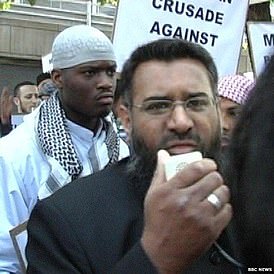 War veterans and defence experts have warned Prince Harry now faces a life of looking over his shoulder, and has even increased the risk to his family.

Mr Firmin openly questioned the ‘kill count’ revealed by Harry in his memoir, Spare. The Duke of Sussex, who piloted an Apache helicopter in Afghanistan, likened the Taliban targets to chess pieces on a board.

‘From what I’ve been told, he was a gunner, not a pilot,’ said Rusty. ‘Either way, I don’t know how he’s positively counted 25.

‘I find it hard to believe an Apache crew member can provide exact numbers. I find that bizarre, I’m sceptical.

‘He’s used a lot of jargon about serving in the forces, yet I’ve heard no one referring to human lives as chess pieces. To them, Prince Harry was the enemy. To us, they were the enemy. You have to respect that.’

Rusty, a celebrated member of the Who Dares Wins regiment for 15 years, fears extremists are now plotting to make Harry pay for his words. He is certain of it.

The 72-year-old said yesterday: ‘I would not like to be in his shoes.

‘He has shot himself in the foot and I just hope that is the worst that comes out of it.’

In 1983, he rushed to Princess Diana’s rescue when she and Charles secretly took part in an anti-terrorist and kidnap drill at the SAS’s Herefordshire HQ. 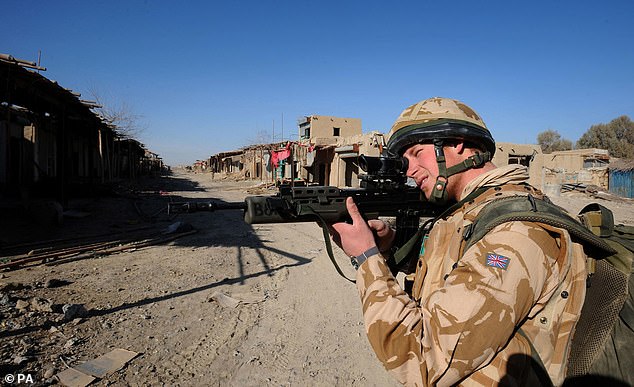 Harry said in Spare that he did not think of his targets as humans, rather chess pieces on a board 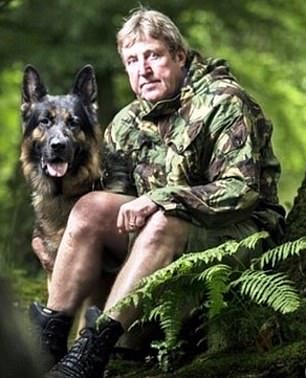 Rusty, a celebrated member of the Who Dares Wins regiment for 15 years, fears extremists are now plotting to make Harry pay for his words

Rusty leapt into action after a stray pellet from a stun grenade set fire to Diana’s hair. He doused the flames.

‘Harry has put himself and other members of the family at much greater risk,’ said Rusty.

‘As a terrorist target, Harry is now right up there. It’s not only himself at risk, it’s his family, his children and, arguably, members of the military family.

‘He’s a prince. The reverberations are much more than reading a line in a book. The Taliban have sat back and pretended to be Mr Nice Guy, but they haven’t changed. They will study those words and decide what they want to do about them.

‘I’m from the time of Prince Charles and Princess Diana, I met her more than once. From what I knew of her, she’d want nothing to do with this.’

Rusty, who served in the army for 27 years before providing personal security for the rich and famous, has strong, working links with the royal family. He believes leading members of the monarchy – and those tasked with shadowing them – will be forever haunted by Harry’s revelations.

‘I was involved in royal protection for two years,’ he said, ‘I know the officers who will be dealing with this. They are at more risk.’ 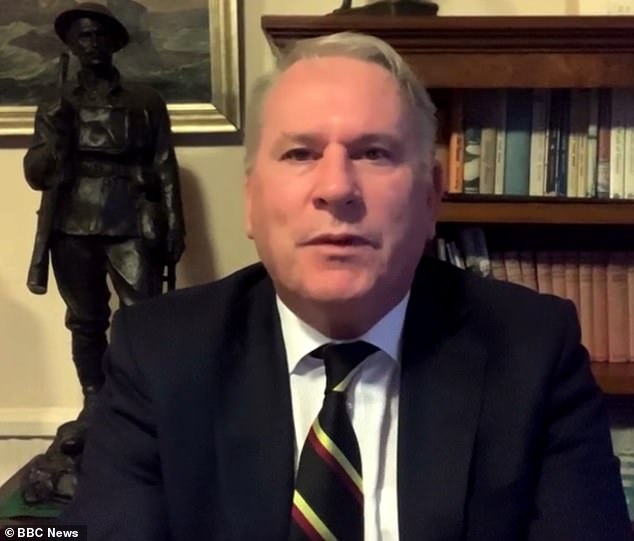 ‘He has turned a lot of the military against him and the military were part of my family for a very long time. If you turn that against you as well, you’ve got nowhere to go. He’s destined to be very much a loner, a man without support from anyone.

REAL story of Harry vs the Taliban: Duke reveals ALL of his 25 Afghan killings were caught on camera and ‘the only shots he thought twice about were the ones he hadn’t taken’ as new book extract emerges 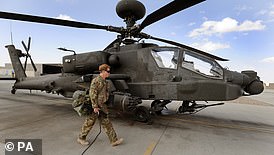 ‘He has the rest of his life to look over his shoulder.’

He was not the only veteran to criticise the Duke of Sussex’s comments, as former British commander in Afghanistan Colonel Richard Kemp described his words as ‘ill-judged.’

Col Kemp told LBC on Saturday: ‘It’s an own-goal I think by announcing this number of kills and attracting the interest of the Taliban.

On the description of Taliban fighters as ‘chess pieces’, and not as humans, he added: ‘I’ve never come across any training that would suggest that should happen’.

But he said Prince Harry had a ‘phenomenal reputation within the armed forces and the veterans’ community.’

Col Kemp also expressed concerns that the Prince’s comments could be used by lawyers attempting to prosecute British soldiers for their actions while serving: ‘Another concern of mine is that his comments will be seized on by those lawyers who want to drag British soldiers through the courts accusing them of war crimes and unlawful killing.

‘They will use his comments in court to say, “British soldiers are trained not even to see their enemy as humans so it’s not surprising that they should act”.’

One security expert went as far as to say Prince Harry has a ‘foolishness that knows no bounds.’

Prince Harry has ‘undermined his own security’: MPs and military figures warn Duke ‘has shot himself in the foot’ with his claims about killing Taliban and put troops at risk of revenge attacks 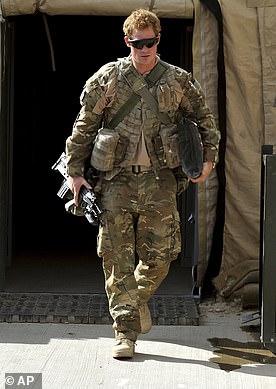 Also speaking to LBC, Professor Anthony Glees, a politics professor at the University of Birmingham who specialises in security, said: ‘He [Prince Harry] had probably been so [traumatised] himself, he’s had a life full of trauma poor chap.

‘But the way that you deal with these things is to reflect, to take advice from senior officers, from psychologists, and you don’t put yourself, or your kids or your wife at obvious risk

‘All the time he is chipping away at our armed strength in this country.’

He added: ‘Think how Putin must be grinning from ear to ear at what Prince Harry has said. So I think the damage is very deep.’

Prince Harry’s comments on his time in Afghanistan were uploaded to Twitter by Meghan’s close friend Omid Scobie as he launched a fierce defence of the memoir.

Prince Harry wrote: ‘Afghanistan was a war of mistakes, a war of enormous collateral damage – thousands of innocents killed and maimed, and that always haunted us.

‘So my goal from the day I arrived was never to go to bed doubting that I’d done the right thing, that my targets had been correct, that I was firing on Taliban and only Taliban.’

The Duke of Sussex wrote: ‘While in the heat and fog of combat, I didn’t think of those twenty-five as people. You can’t kill people if you think of them as people.’

He also described how helicopter technology allowed him to know exactly how many people he had killed, and that his kill count did not give him ‘satisfaction’, nor did it make him ‘ashamed’.