Former Hollywood executive Harvey Weinstein was officially found guilty of raping one woman and sexually assaulting another. Gloria Allred, a lawyer who represented three of his victims at trial, hailed the convictions as a “fundamental change in American life”. Tarale Wulff gave testimony of Mr Weinstein’s “prior bad acts” to show that he had a particular pattern of behaviour, also sharing with the BBC’s Today show the terrifying moments that led to her being “lured” to the assault.

Ms Wulff encountered the movie boss as a waitress.

She told the court that he called her to an audition as an actress and then assaulted her.

Ms Wulff told Radio 4: “I didn’t even realise until my own discovery and therapy what being preyed upon was.

“I myself had a tendency to brush things off as ‘bad person, good person’, but then to see how calculated certain things were.” 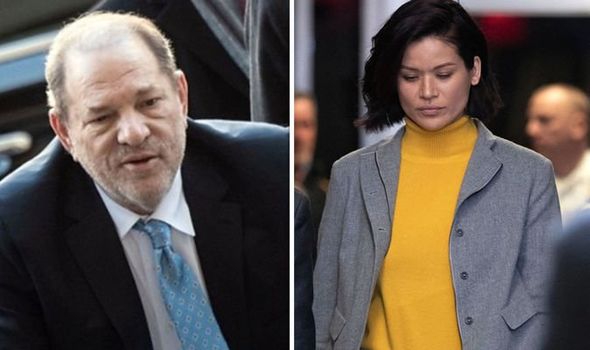 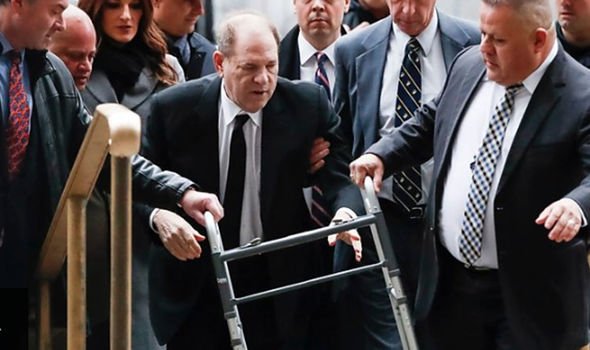 She continued: “In meeting Harvey and then him suggesting that I come speak with someone at his company to audition for a part, I had every intention of meeting this woman, who I thought was the only person I was supposed to meet.

“I felt comfortable and safe there. That is who I met. Then somehow being there I was sort of coerced to go to another place, which led me to Harvey’s apartment.

“In the moment, it’s sort of from beat to beat. Now looking back at it, that was well orchestrated.”

Ms Wulff also discovered that the part she was called to read for didn’t even exist at the time, and was merely used to “lure” her to the Weinstein Company.