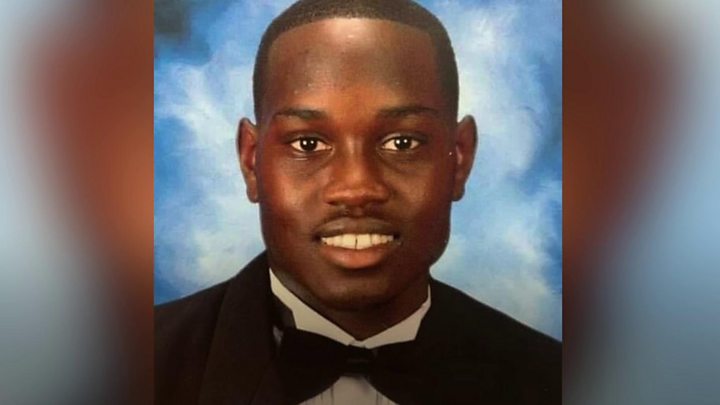 The US justice department is considering federal hate crimes charges over the death of unarmed black jogger Ahmaud Arbery in Georgia in February.

Gregory McMichael and his son Travis, who are white, are facing murder and assault charges over the shooting.

The case sparked national outrage when video of the death emerged last week.

Mr Arbery’s supporters have been using the hashtag #IRunWithMaud, sharing photos and running 2.23 miles (3.6km) for the day he died, 23 February.

Some held protest rallies outside courthouses in Georgia and neighbouring Florida.

Questions have been raised about why the police failed to charge the McMichaels for more than two months. The pair were detained on Thursday by the state bureau of investigation (GBI), two days after the video came to light.

Gregory, 64, and Travis, 34, are in the custody of the Glynn County Sheriff’s Department, officials said on Friday.

What did the justice department say?

The department said it would take “any appropriate action warranted by the facts and by the law”, in a statement tweeted by spokeswoman Kerri Kupec.

“The Civil Rights Division of the Department of Justice, the FBI, and the US Attorney for the Southern District of Georgia have been supporting and will continue fully to support and participate in the state investigation,” the statement added.

“We are assessing all of the evidence to determine whether federal hate crimes charges are appropriate.”

What’s the status of the investigation?

Justice officials in Georgia have vowed to investigate why it took so long to arrest the McMichaels.

GBI Director Vic Reynolds told reporters on Friday that “every stone will be turned over, I promise you”.

He said the individual who filmed the video – another local man – was also under investigation.

Mr Durden is the third prosecutor involved, as two local district attorneys recused themselves due to professional connections to Gregory McMichael.

The elder Mr McMichael was a police officer in Glynn county for seven years before working as an investigator in the district attorney’s office for 24 years. He retired a year ago.

The shooting has led to a wave of outrage from national figures, including presidential candidate Joe Biden and basketball star LeBron James. 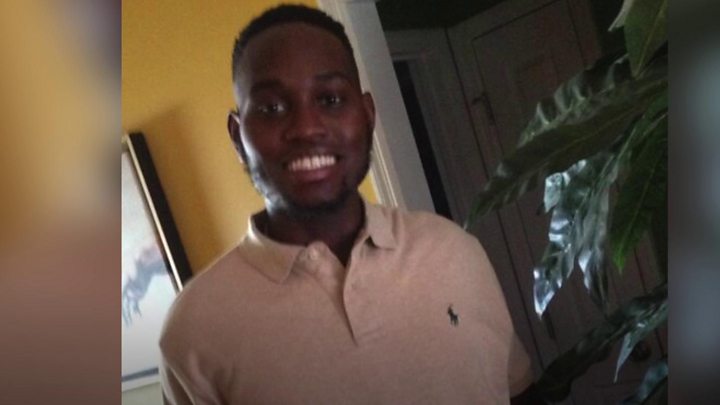 Mr Biden said Mr Arbery had been “shot down in cold blood” and “essentially lynched before our very eyes”.

Mr James tweeted: “We’re literally hunted EVERYDAY/EVERYTIME we step foot outside the comfort of our homes!”

How did Arbery die?

Mr Arbery was out for a jog in the city of Brunswick early in the afternoon on 23 February – something his father said he did often.

Mr McMichael and his son armed themselves with a pistol and a shotgun and pursued Mr Arbery in a pickup truck in the Satilla Shores neighbourhood.

The elder Mr McMichael told police he asked Mr Arbery to stop and talk, and claims the 25-year-old attacked his son.

The 36-second clip appears to show the younger Mr McMichael firing a shotgun at point blank range at Mr Arbery and the victim falling to the street.