Hundreds of people have flocked to hospitals in Delhi after a series of dust storms caused widespread breathing problems among the city’s inhabitants.

Authorities in the Indian capital suspended all construction on Friday and sent out more water trucks to spray the streets in the hope of improving the quality of the city’s air.

According to doctors at the government hospital, there has been an increase of patients with respiratory problems up to 20 per cent in the last three days.

The air quality levels in Delhi, one of the world’s most polluted cities based on World Health Organization data, ranged from ‘very unhealthy’ to ‘hazardous’ on Friday as a steady breeze blew. 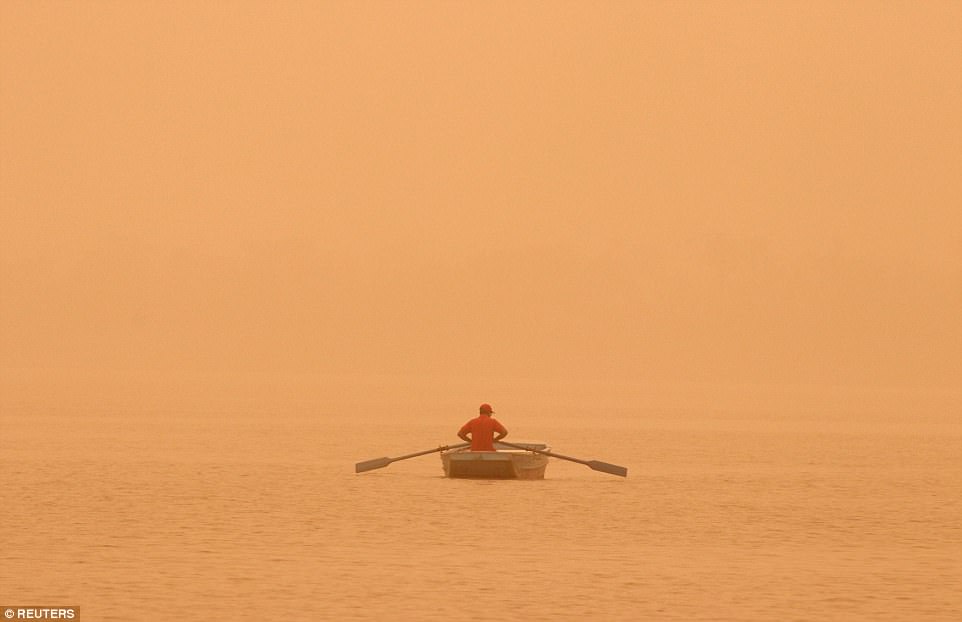 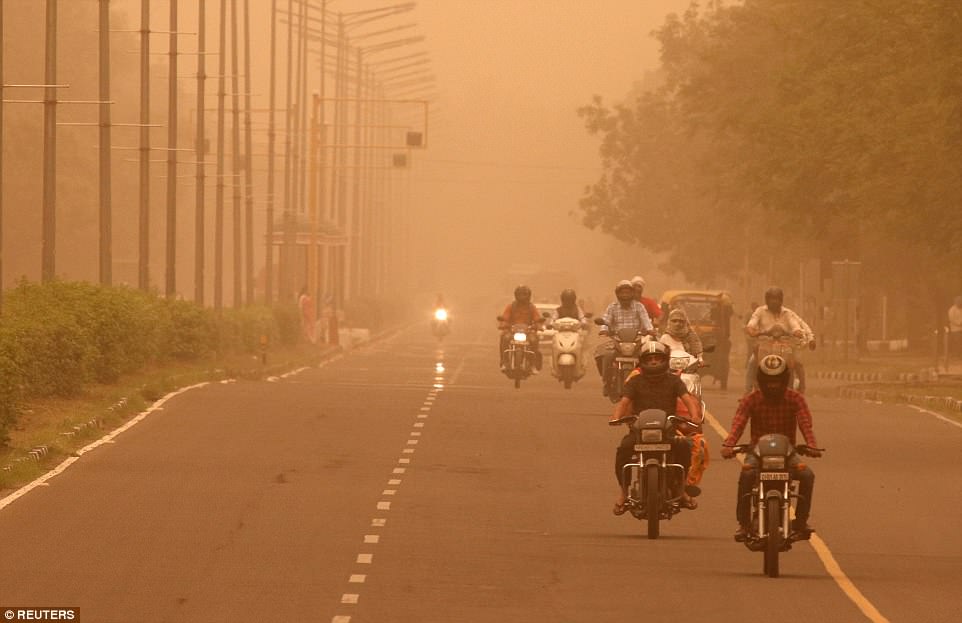 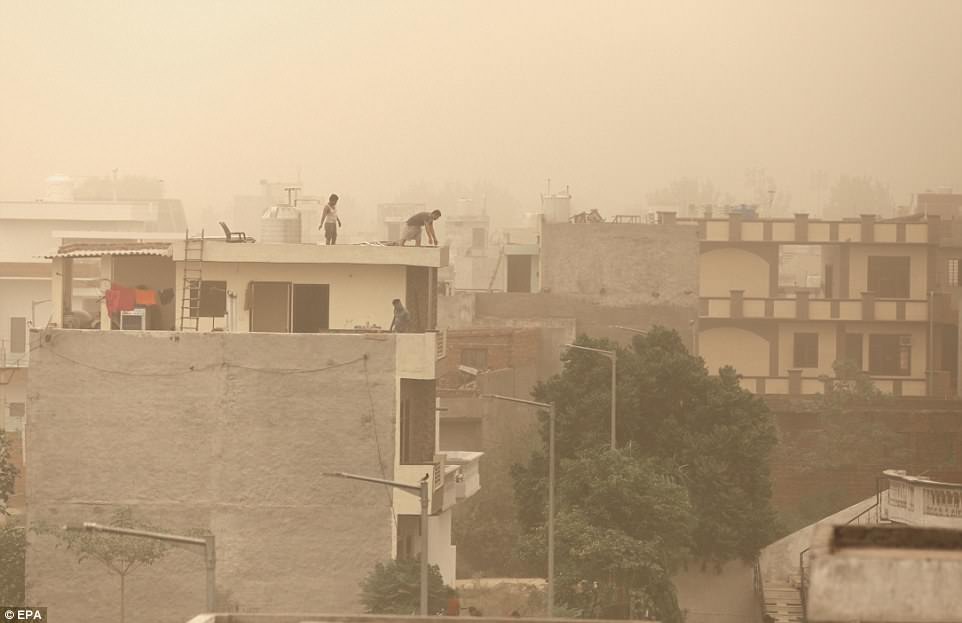 South Asia’s central plain sees scorching temperatures and strong winds that whip up fierce dust storms at this time of the year, just before the onset of the rainy season.

The Central Pollution Control Board says the wind is blowing dust from the desert state of Rajasthan into Delhi.

People complaining of respiratory problems have been flocking to city hospitals.

‘Patients with no history of respiratory ailments are complaining of cough and breathing issues,’ said Prashant Saxena, a pulmonology specialist at the Max Smart Super Specialty Hospital.

India is home to the world’s 14 most polluted cities, based on the amount of particulate matter under 2.5 micrograms found in every cubic metre of air. 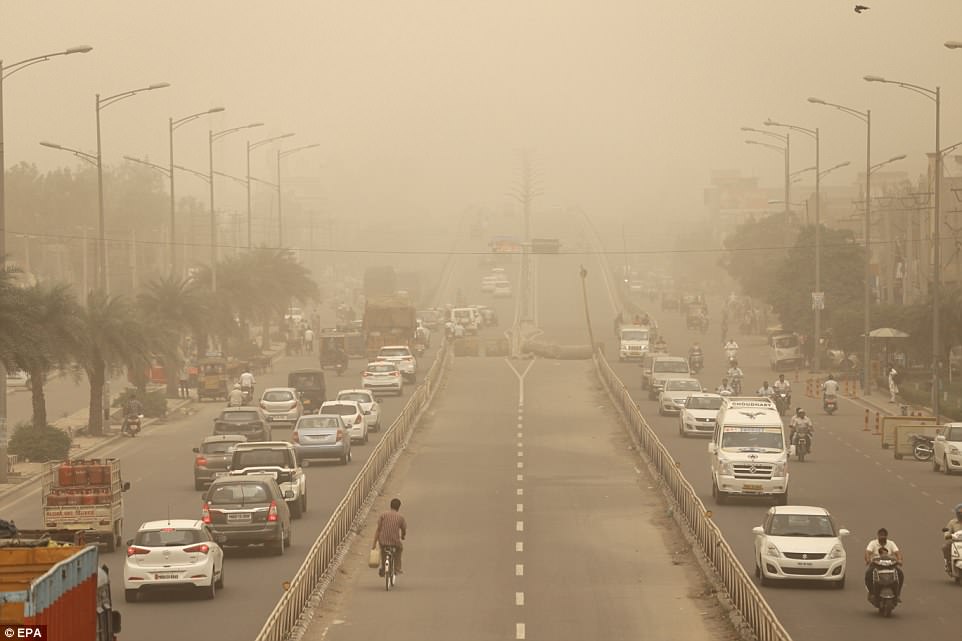 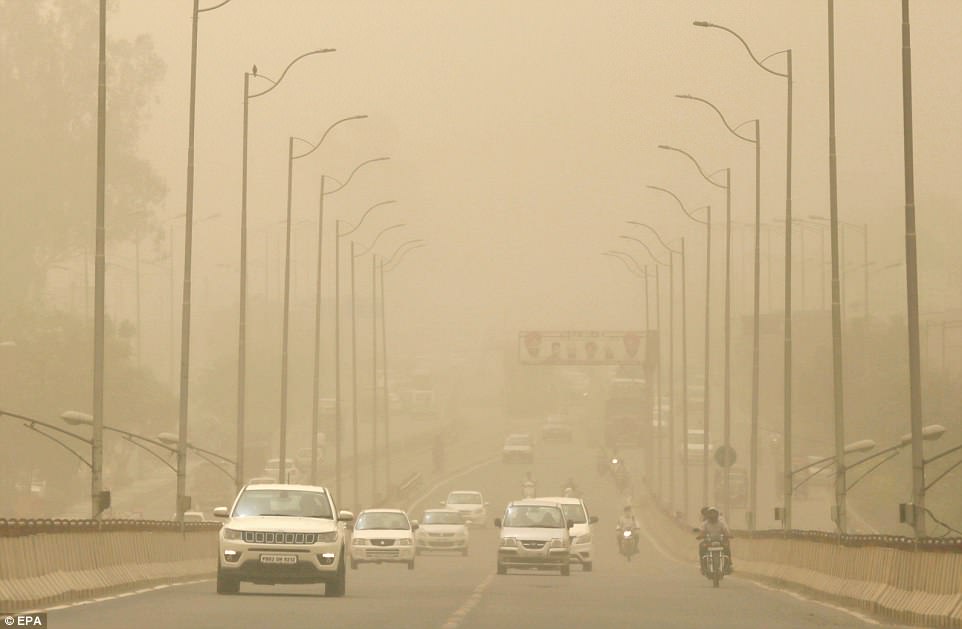 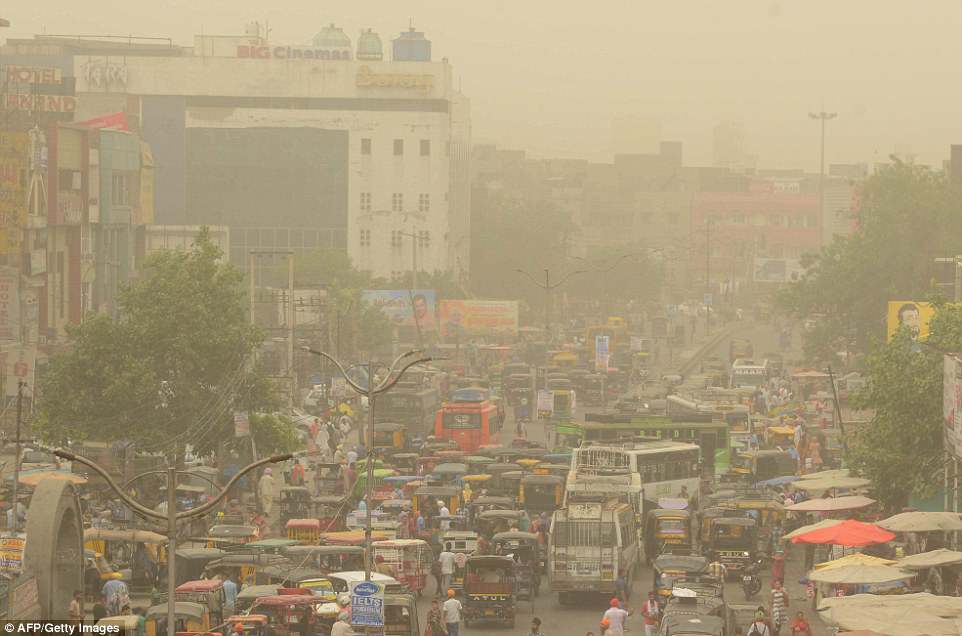 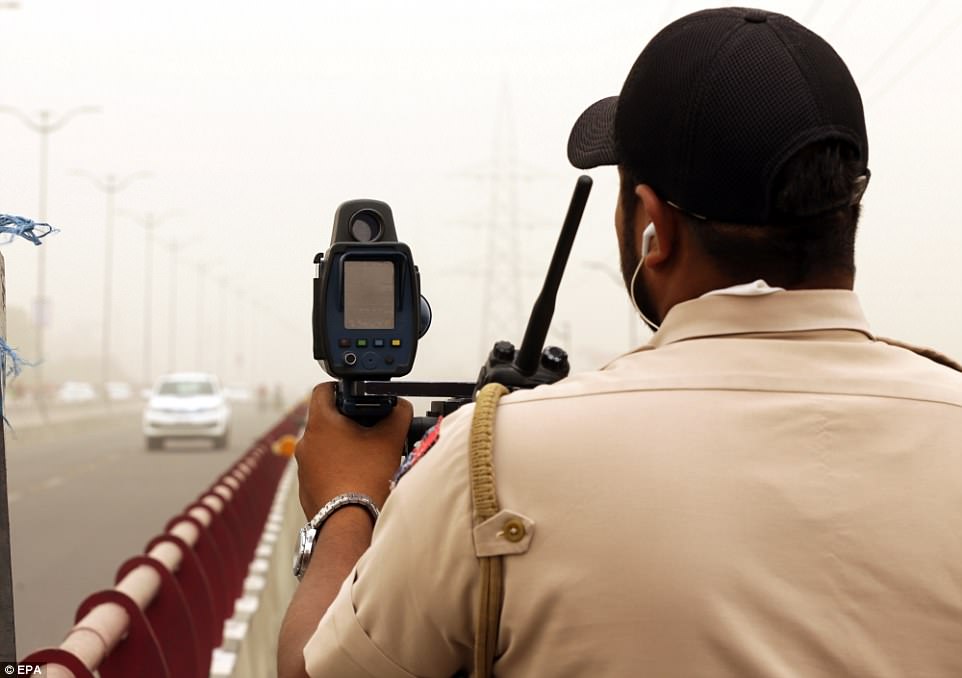 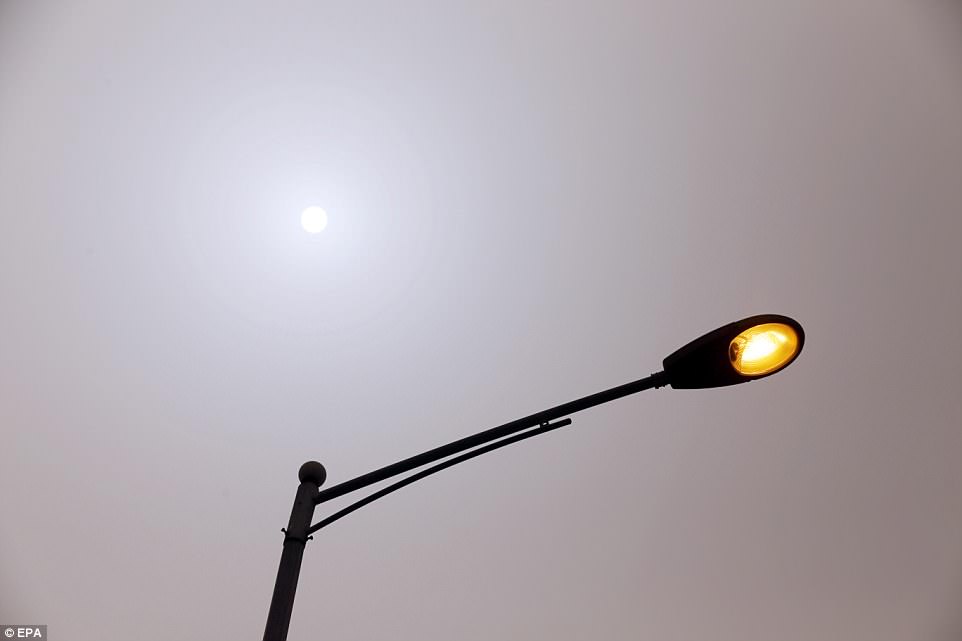 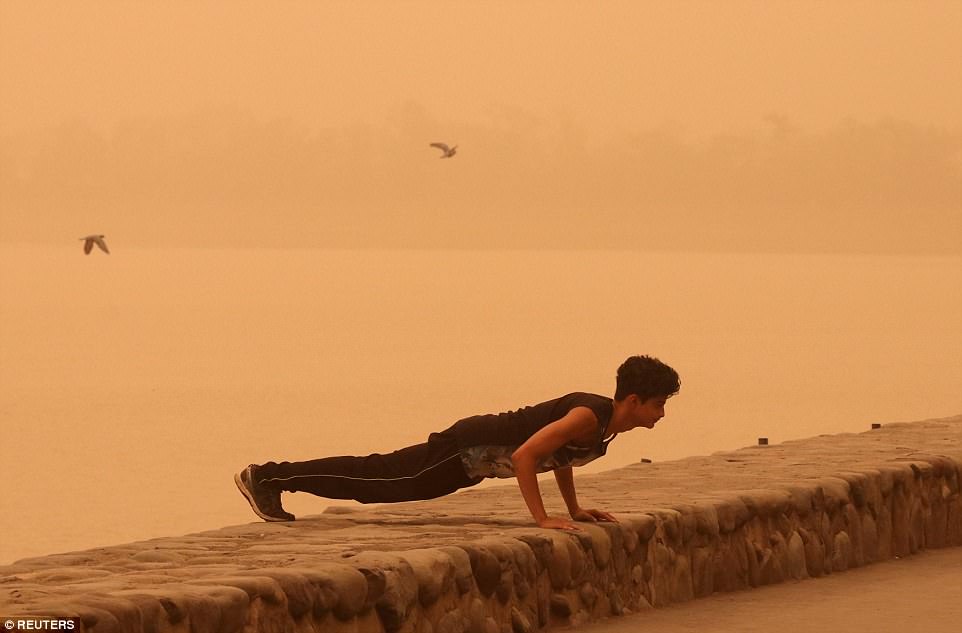 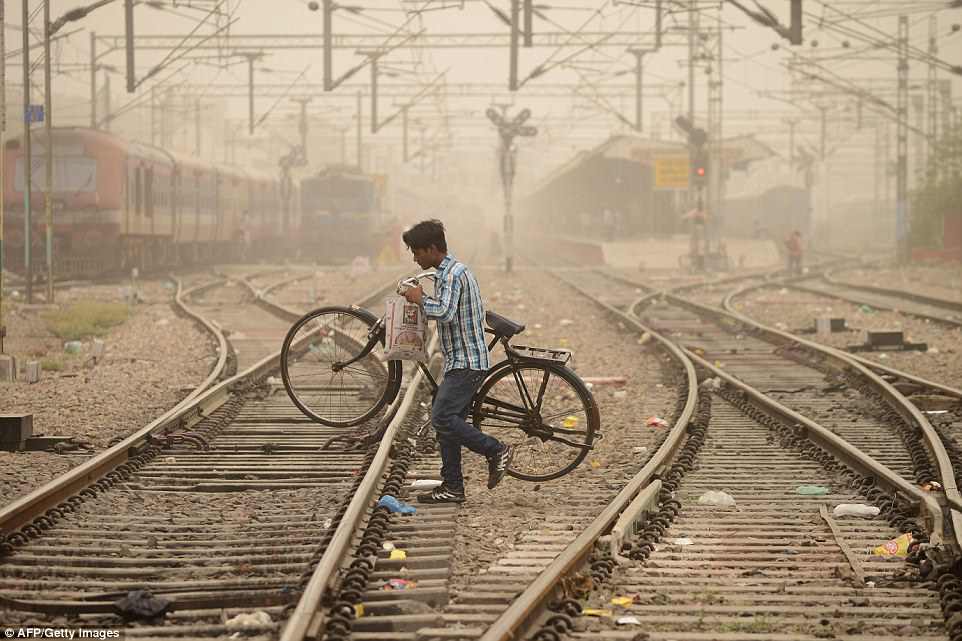