A headteacher who allowed the ringleader of the London Bridge terror attack to give after-school classes to children as young as four has been banned from the classroom for life.

It is suspected that he used the classes to expose pupils to his extremist beliefs.

Butt was working at the school one day before he killed eight innocent people when he ploughed a van into people on London Bridge then launched a knife rampage around Borough Market. 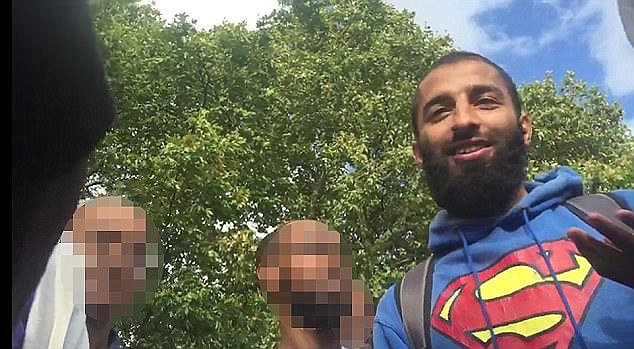 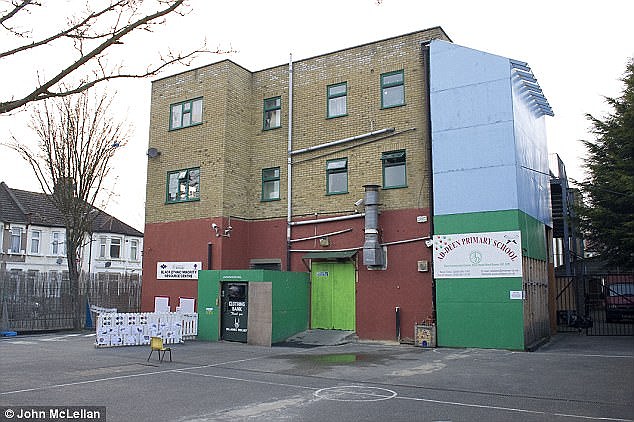 Sophie Rahman, 43, admitted she took on Butt as a volunteer ‘Arabic memorisation teacher’ at the independent Muslim school she ran in February last year

Butt (left) ploughed a van into people on London Bridge before launching a knife rampage around Borough Market along with Rachid Redouane, 30, (centre) and Youssef Zaghba, 22 (right)

The 27-year-old told pupils it was OK to lie to their parents if ‘they do not want to upset them’ or when ‘there is a state of war,’ according to a Teaching Regulation Agency report published on Thursday.

In her failure to safeguard her pupils’ interests, Ms Rahman left them ‘potentially vulnerable to grooming for radicalisation,’ the report added.

Just two months before the terror attack, the school was inspected by Ofsted and given a glowing report, which even commended how teachers had fulfilled their obligation to spot and halt extremism in pupils.

A regulatory panel found he could have taught up to three classes a week at the school.

Butt reportedly told one eight-year-old girl: ‘The worst creatures are the Kuffar (non-believers).’

In evidence, the girl’s mother said: ‘Mention of the word war really alarmed me – if that is what Mr Butt was teaching there is no doubt he was referring to Jihad (holy war).’ 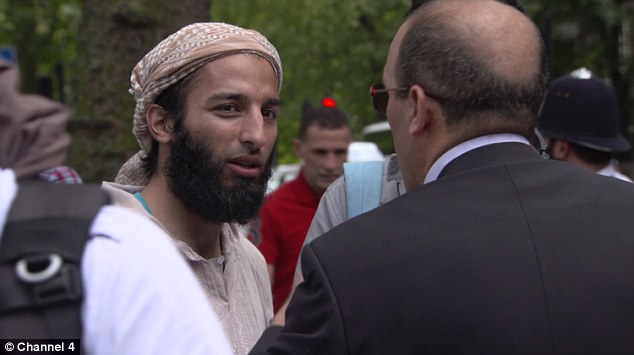 Amid a string of allegations found proved, the panel said Ms Rahman should have known Butt (seen here on Channel 4 dispatches) was linked to members of banned terror-group Al-Muhajiroun

Ms Rahman confirmed that the last day he taught the youngsters was June 2 last year.

The next day, 27-year-old Butt, along with Rachid Redouane, 30, and Youssef Zaghba, 22, carried out his sickening terror attack.

Amid a string of allegations found proved, the Teaching Regulation Agency panel said Ms Rahman should have known Butt was linked to members of banned terror-group Al-Muhajiroun.

It highlighted the fact the father of her children, who set up the school, had been a member of the group before it was proscribed.

When applying for a role as a teacher at another school, the Islamiyah Girls High School in Blackburn, at the start of this year, Ms Rahman tried to hide that she was the headteacher at the former Ad Deen school as it had such a bad reputation, claiming she was just an employee. 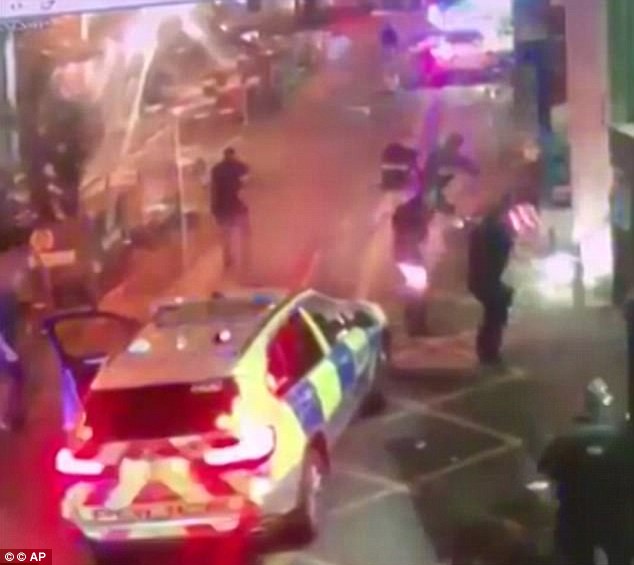 In the wake of the London Bridge atrocity, which left eight innocent people dead, Ms Rahman emailed the local authority stating Butt had been a volunteer at an after-school club, claiming he had contact with six children on a weekly basis.

But the panel said she should have known the number was more than six and criticised her delay in providing details of the children to the authorities.

Ms Rahman did not attend a four-day hearing in Coventry last month, where the panel found her conduct amounted to ‘misconduct of a serious nature’ and that she was ‘guilty of unacceptable professional conduct’.

The report said: ‘The panel therefore finds that Ms Rahman’s actions constitute conduct that may bring the profession into disrepute.’

The discplinary panel found eight of the nine charges against her proven and banned Rahman from teaching indefinitely.

She cannot teach in any school, sixth form college, youth accommodation or children’s home in England and cannot apply to be able to teach again, but can launch an appeal within 28 days.