Tens of thousands of black and Asian children are being put at risk by politically correct health chiefs who are deliberately ignoring an obesity crisis affecting ethnic minorities.

Bombshell figures unearthed by The Mail on Sunday reveal almost twice as many black and Asian children are obese when they leave primary school than their white counterparts.

But officials from Public Health England (PHE), the Government body responsible for improving the nation’s health, have admitted that despite being aware of the shocking statistics, they have chosen to take no specific action. 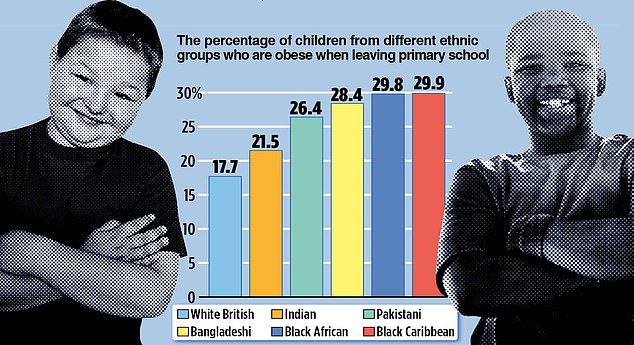 Earlier this year, PHE published a landmark report into childhood obesity but it made no mention of the epidemic other than in an appendix – despite the obesity crisis among ethnic-minority children rising at an alarming rate over the past ten years.

Last night critics accused health bosses of putting ‘political sensitivities’ ahead of the need for urgent action – and demanded PHE get to grips with the ‘obesity time bomb’.

Conservative MP Andrew Selous, chair of the influential All-Party Parliamentary Group (APPG) on Obesity, said: ‘Now is the time for PHE to raise its game, go in with some focus and target the specific ethnicities where obesity is high in children. By failing to deal with this crisis, PHE is guilty of false compassion.’

Labour MP Keith Vaz, chair of the APPG on Diabetes, said: ‘I fear that officials at PHE are too timid to tackle this obesity crisis. Because of political sensitivities, we have avoided highlighting this critical issue.’

According to the new statistics, which appear in the Department for Health’s own assessment of their landmark report into childhood obesity, 17.7 per cent of white British children are obese by the time they leave primary school – lower than the England-wide average of 20 per cent. 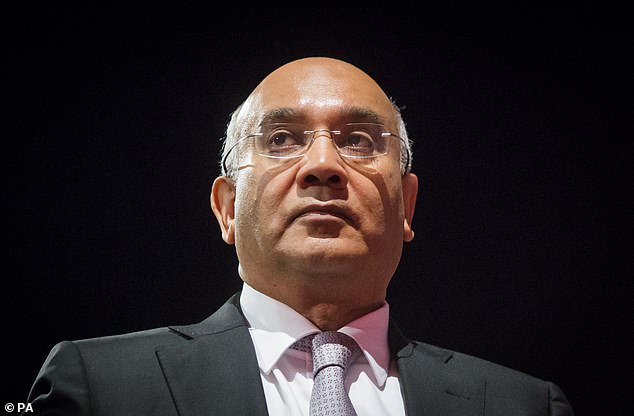 Keith Vaz (pictured) said: ‘I fear that officials at PHE are too timid to tackle this obesity crisis. Because of political sensitivities, we have avoided highlighting this critical issue.’

Experts warn that over 50 life-threatening illnesses can be caused by obesity, including heart disease, strokes, and cancer. And obesity is a particularly pressing problem for Asian people who are up to six times more likely to get type 2 diabetes.

According to Professor Wasim Hanif, one of Britain’s leading diabetes experts, epigenetics – or changes in gene behaviour that the environment causes – is a key factor in explaining the gulf. He said that black and Asian children have origins in parts of the world where historically there have been shortages of food. Because of this ‘genetic heritage’, their bodies are more likely to store fat. He said: ‘If you give a white kid and an Asian kid the same food, the Asian kid will pile on more weight.’

He added that black and Asian people also have lesser levels of brown fat, which turns calories into heat, so they pile on more weight as a result.

Yet despite the overwhelming evidence, health officials have conceded there are no schemes to bridge the growing gulf and that current efforts may not even help. According to the PHE report, Childhood obesity ‘policies are implemented in a way that does not differentiate by race’. It continues: ‘The reasons for differences in obesity prevalence across ethnicities are various and it is difficult to state how different groups will benefit from the policies… If causes are genetic or specific to lifestyles that are adopted by some socioeconomic groups, then these may not be impacted equally by these policies.’

The decision not to lead a targeted campaign is at odds with the numerous health schemes aimed specifically at black and ethnic-minority communities.

Last year, PHE launched a prostate cancer campaign specifically targeting black men who are at greater risk of having the disease.

The scale of Britain’s child obesity crisis comes as services to tackle childhood obesity face cuts of more than £5 million this year – despite a Government pledge to halve the problem by 2030.

A spokesperson for the Department of Health and Social Care, of which PHE is an executive agency, said: ‘We’re taking targeted action, working with councils to address local inequalities and ethnic disparities in their areas.’