Sajid Javid is set to launch a review into gender treatment for minors as he believes the current system is ‘failing children’.

It is reported the health secretary believes vulnerable children are wrongly being given gender hormone treatment and has compared the discussion of the topic to the fear of racism when investigating grooming gangs in Rotherham.

The 52-year-old is believed to be worried after a recent interim report by Hilary Cass, former president Royal College of Paediatrics and Child Health, found shortcomings in the way children are treated for gender identity problems.

The Times reports Mr Javid was concerned to read in the report that some staff felt ‘pressure to adopt an unquestioning affirmative approach’ to transitioning. 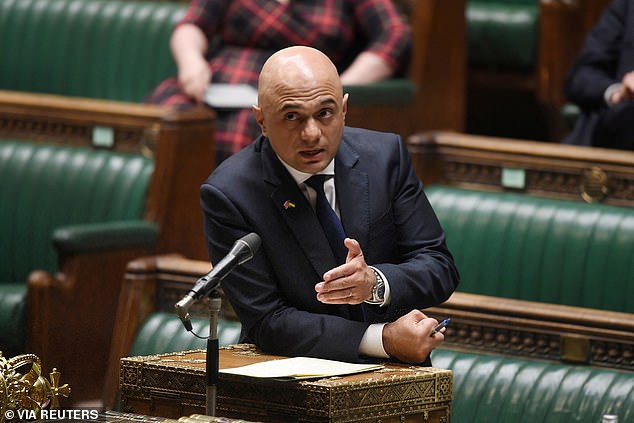 The paper quoted an unnamed ally of the health secretary as saying: ‘If you look at Hilary Cass’s interim report, the findings are deeply concerning and it’s clear from that report that we’re failing children.’

They added an ‘overly affirmative’ approach where ‘people just accept what a child says’ was problematic, with other issues such as mental health being overshadowed, and that Mr Javid supports giving Cass access to an NHS database to see how many children regret taking puberty-blockers.

The source told the paper that discussion of gender and treatment of children had become toxic and that it had been compared to the discussion grooming gangs in Rotherham.

‘There is the same theme of not being afraid to tackle issues that others might prefer not to talk about,’ they said.

Tavistock and Portman NHS Foundation Trust runs clinics in London, Leeds and Bristol that provide specialist services for children who identify as transgender.

It treats 2,500 children every year, 200 of which have access to hormones.

It said that while there is a need for change, doctors already take into account the wider physical and mental health of children who are referred there. 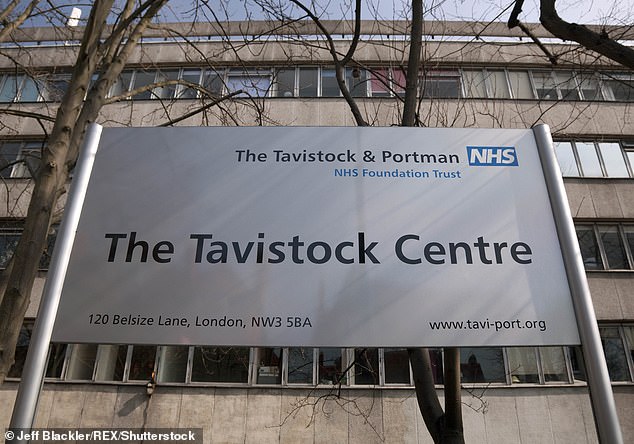 Tavistock and Portman NHS Foundation Trust, which runs the only specialist services for children dealing with gender identity issues, has been criticised for some of its practices

A spokesman for Tavistock & Portman NHS Foundation Trust told the Times: ‘Being respectful of someone’s identity does not preclude exploration.

‘We agree that support should be holistic, based on the best available evidence, and that no assumptions should be made about the right outcome for any given young person.’

It comes less than a week after the health secretary criticised the trust, saying some of its controversial practices are ‘bordering on ideological’. 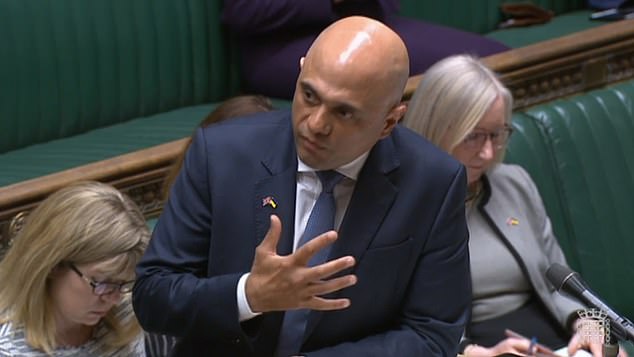 Speaking in the House of Commons on Tuesday about the Cass’s report, he said: ‘It’s already clear to me from her interim findings and from the other evidence that I’ve seen that the NHS services in this area are too narrow, they are overly affirmative, and in fact they’re bordering on ideological.

‘And that is why in this emerging area, of course, we need to be absolutely sensitive.

‘But we need to make sure that there is holistic care that’s provided, there’s not a one-way street and that all medical interventions are based on the best clinical evidence.’

In her review, Dr Cass wrote that doctors at the centre felt under pressure to adopt an unquestioning approach to children seeking to change their sex.

She also found there was a lack of formal clinical guidance and stifled debate, which has left many medics ‘nervous’ about offering the ‘more robust support’ to patients they want to deliver.

It meant youngsters are being given the controversial puberty blockers or sex-swap hormones they ask for – when they may benefit more from waiting or other care.

Tavistock and Portman Trust’s Gender Identity Development Service (GIDS), which is the sole NHS treatment centre for gender issues in England, insists it is ‘extraordinarily rare’ for children who have hormone treatment to regret receiving it.

The full review is due later this year and is expected to spell the end of the Trusts’ status as being the only provider of these services to children.

Instead, it is expected that regional NHS bodies will be told to establish their own clinics and services when the full review is published.

5,500 children are now on NHS waiting list for gender swap treatment after post-lockdown surge in demand

The number of children lining up for gender-change treatment on the NHS has soared by more than a fifth since the Covid lockdowns, The Mail on Sunday revealed last month.

According to new meeting minutes uncovered by this newspaper, there are about 5,500 children on the waiting list for treatment at the controversial Tavistock and Portman Trust’s Gender Identity Development Service (GIDS) in London.

Senior figures at the NHS trust have expressed fears ‘the list had grown substantially during the lockdown’ and admitted it was a huge ‘preoccupation’ for the Board of Trustees.

Stephanie Davies-Arai founder of campaign group Transgender Trend said of the possible impact of lockdowns: ‘Life stopped really, so adolescents at that stage in their lives, where they’re really searching for their identity, turn online.

‘They’re bombarded with messages about being trans and that all of their problems and insecurities and anxieties are because they’re trans.’