A Department of Conservation (DoC) spokeswoman said that they were among 145 whales which died after becoming beached on Mason Bay, Stewart Island. 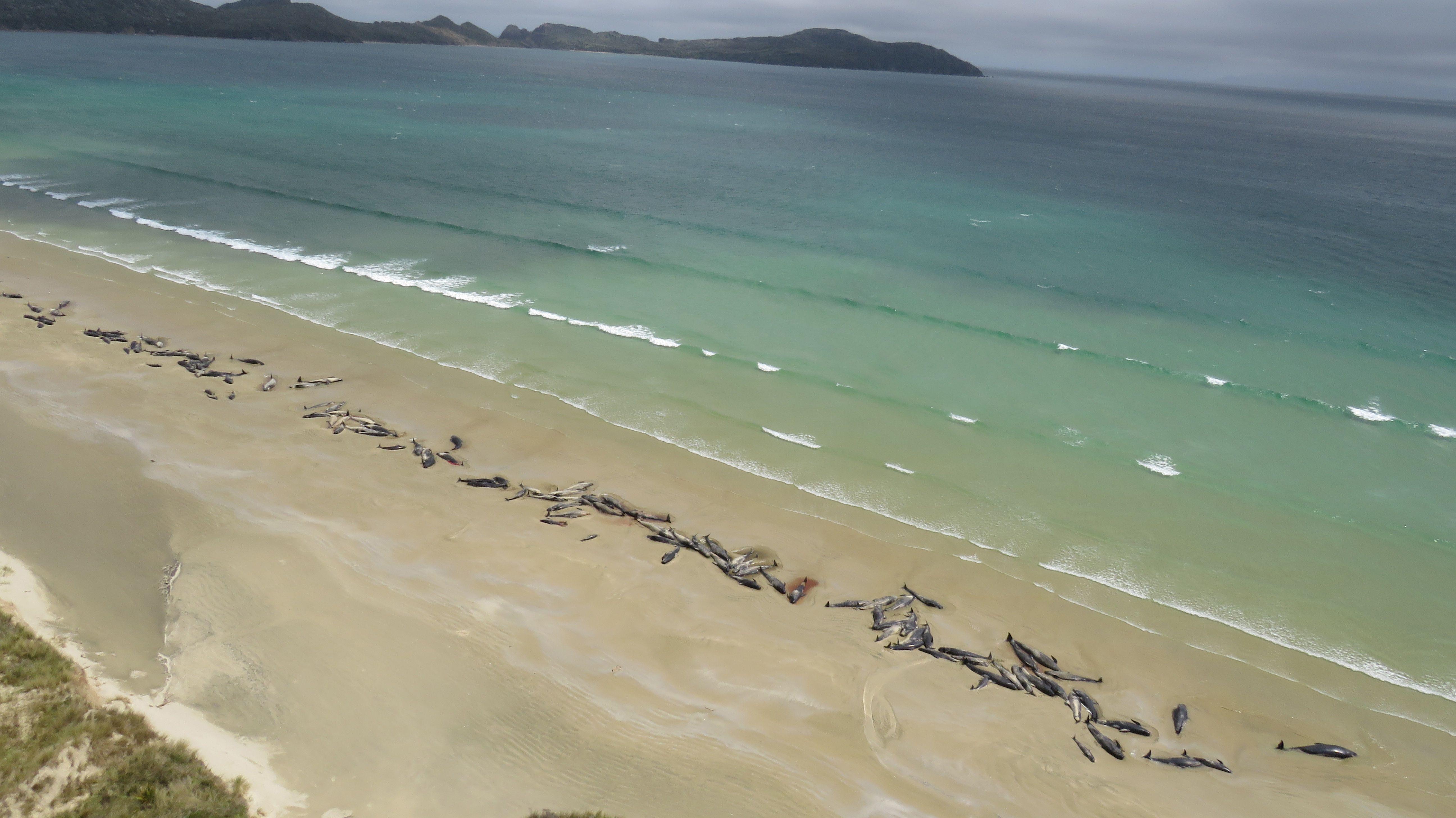 A hiker discovered the pilot whales stranded in two pods about 1.2 miles (2km) apart on the same stretch of coast late Saturday.

Ren Leppens, Doc operations manager, told Otago Daily Times that half of the whales had to be euthanised due to their condition, and the remote location that they were found – the other half had already died.

Leppens said the whales were half-buried in sand and not in good health, indicating they had been there for perhaps a day before they were found. 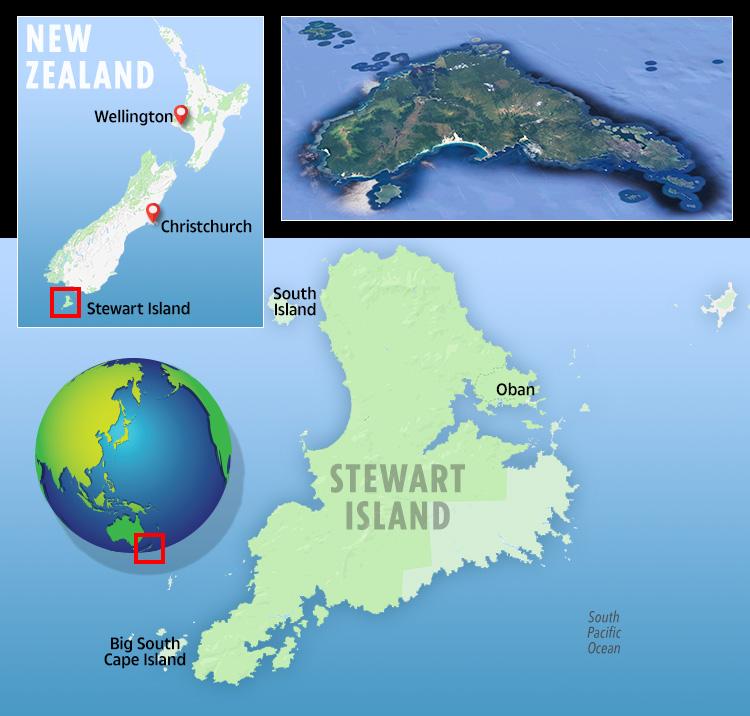 He said staff shot the whales and the carcasses would be left where they were for nature to take its course.

Leppens added: “Sadly, the likelihood of being able to successfully re-float the remaining whales was extremely low.

“The remote location, lack of nearby personnel and the whales’ deteriorating condition meant the most humane thing to do was to euthanise.

“However, it’s always a heart-breaking decision to make.” 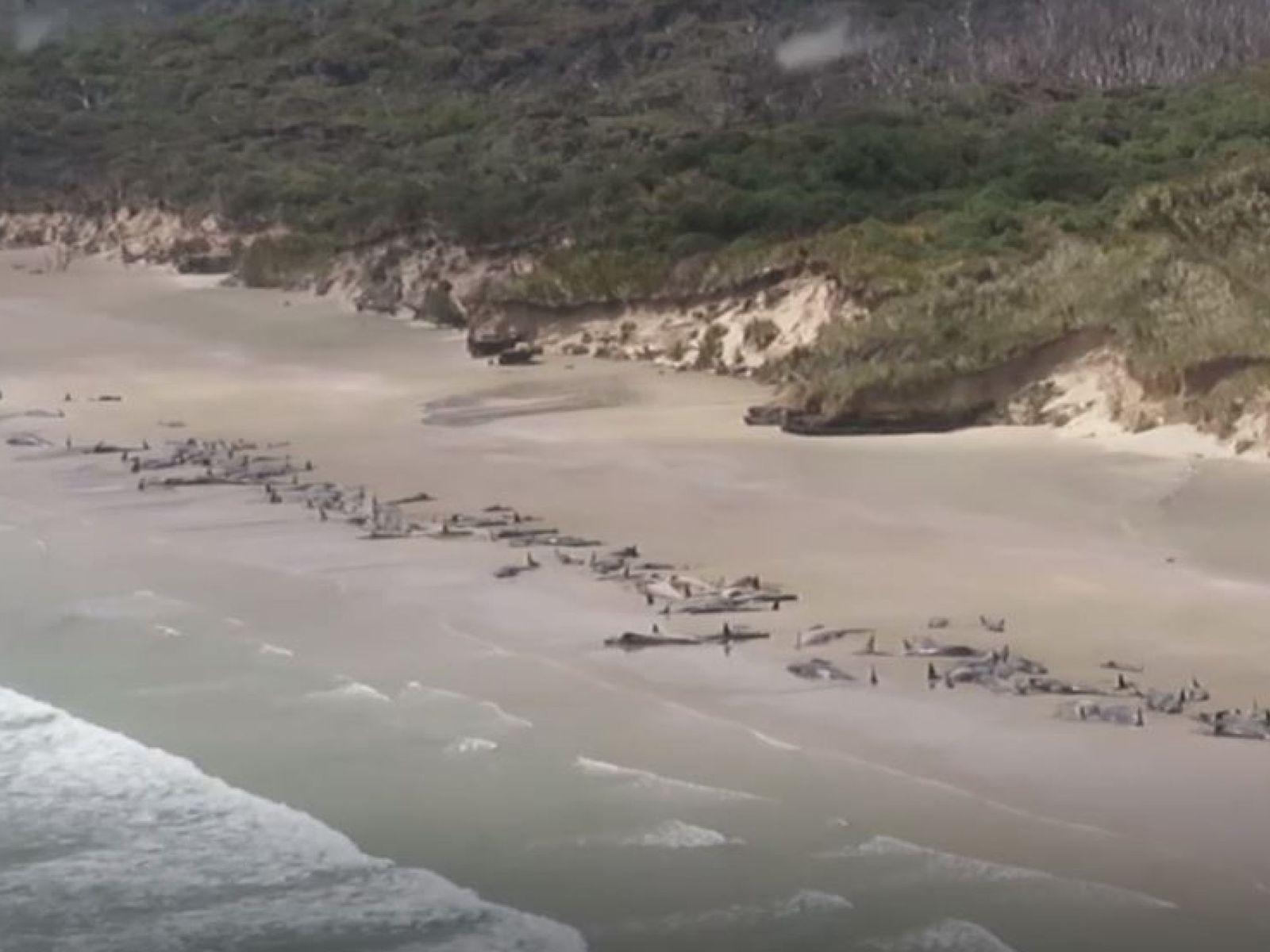 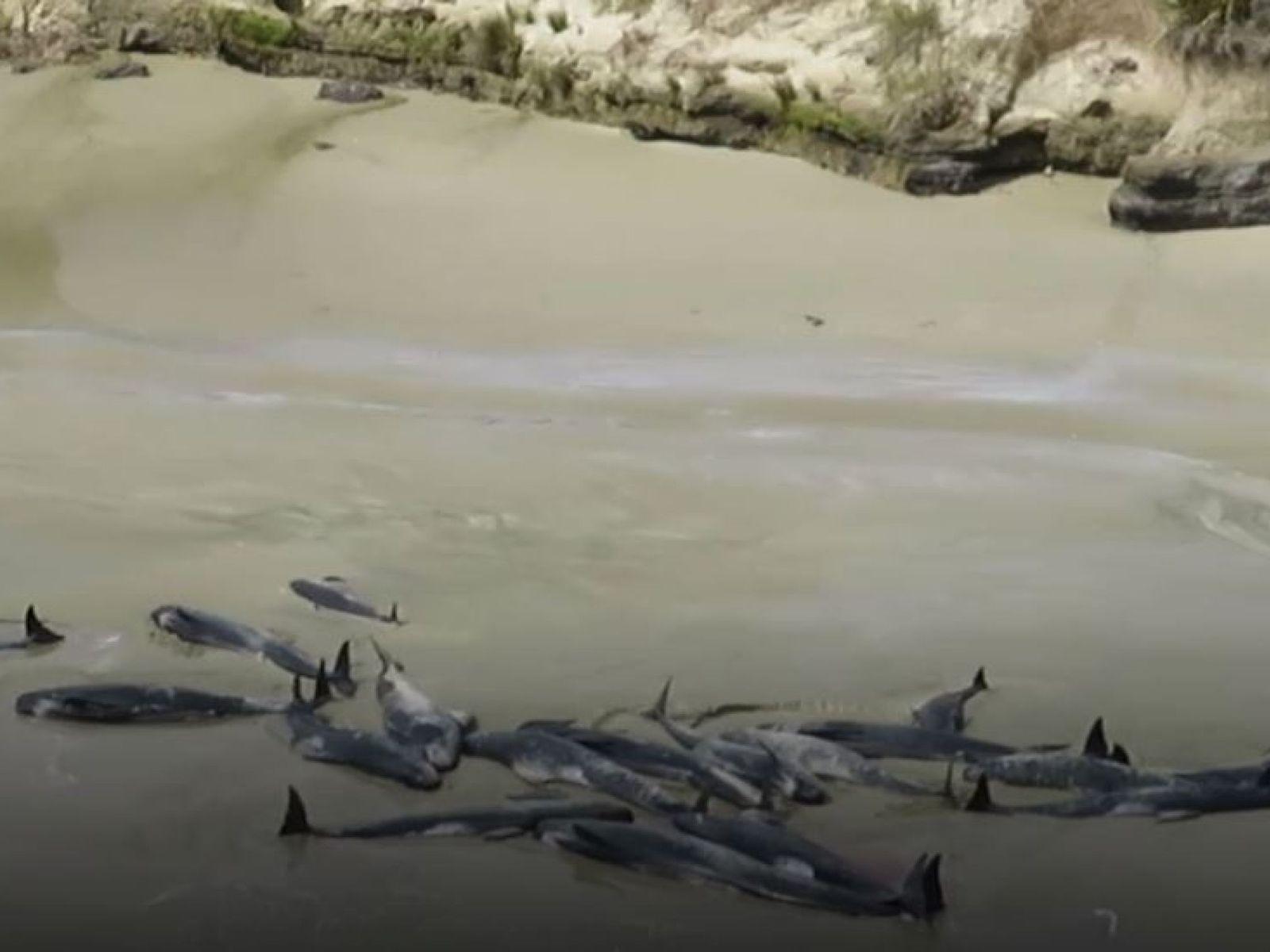 Although marine mammal strandings are fairly common on New Zealand’s coast – Doc responds to an average of 85 such beachings a year – these normally involve single animals.

The mass stranding and subsequent deaths of 145 pilot whales was one of several beachings in the country over the weekend, as Sunday saw rescuers rush to aid ten pygmy killer whales that had marooned at 90 Mile Beach in Northland, in the North Island.

Two have since died and attempts to re-float the remainder were to take place today. Volunteers have been sought to help save the rest. 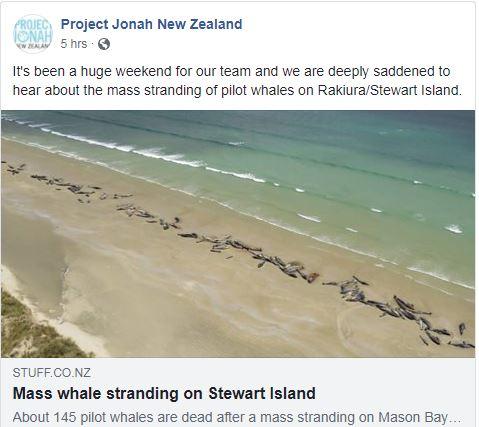 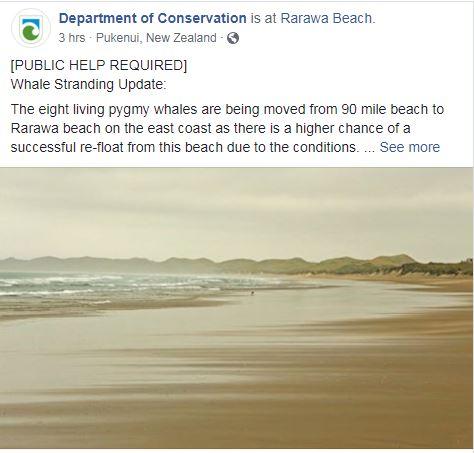 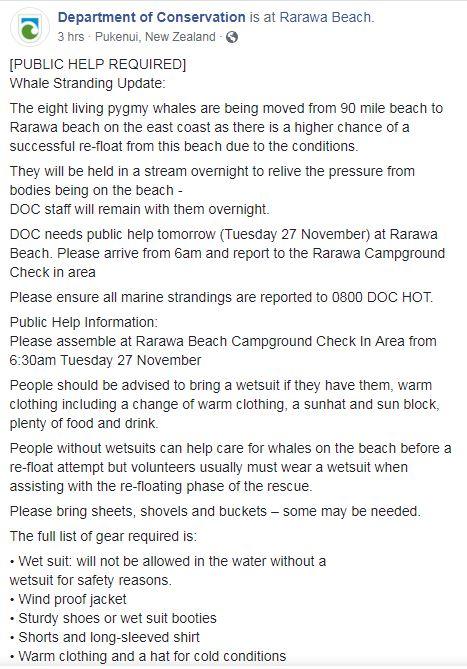 In Doubtful Bay, on Northland’s Karikari Peninsula, a male sperm whale died after also becoming beached on the shore, while further south, in the Bay of Plenty, a dead female pygmy sperm whale washed up at Ohiwa.

About 300 whales died on a beach at the northwest tip of the South Island last year in one of New Zealand's largest recorded mass whale strandings.