Grieving Kim Stephens laid her fourth child to rest in her arms during an emotional funeral. 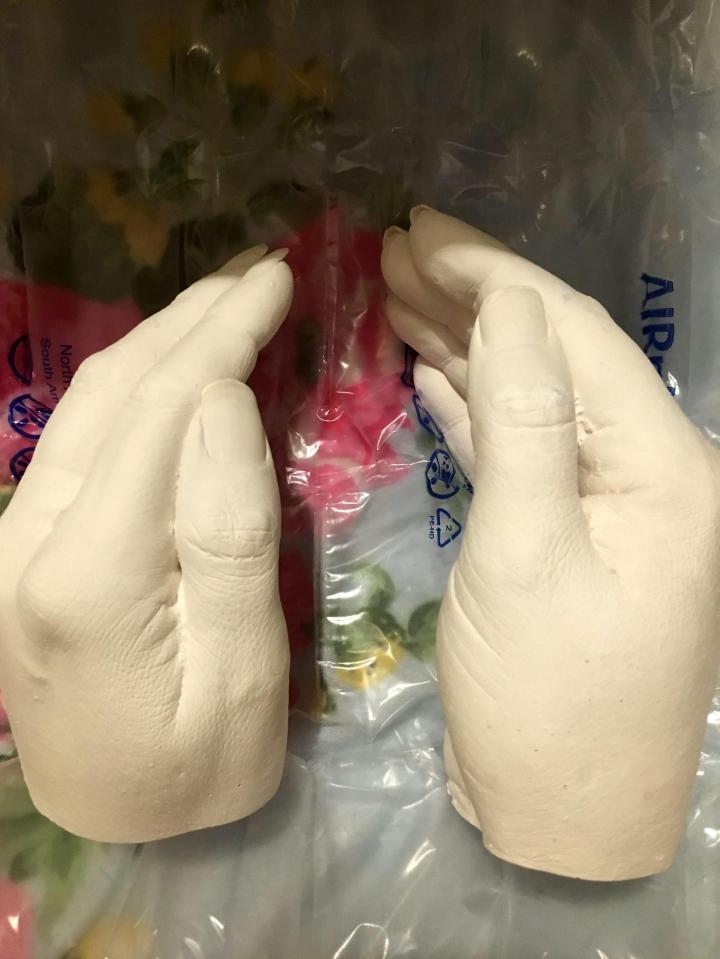 Olivia-Rose can be seen in touching photos in a tiny coffin, embraced by her mum.

Devastated Kim and her partner Si Down organised a funeral for their child after she was stillborn in March, where mourners lined the streets to see a tiny coffin carried through on a horse-drawn carriage.

And when Olivia-Rose was laid to rest she slept in her mother's hands, as Kim had plaster casts made so she could cuddle her baby forever. 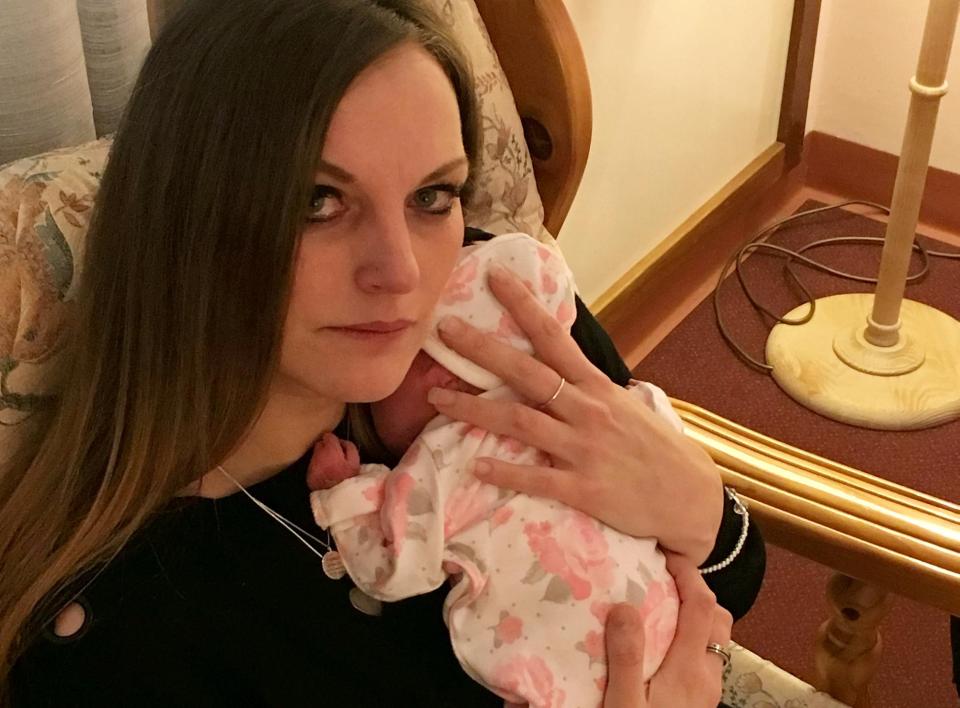 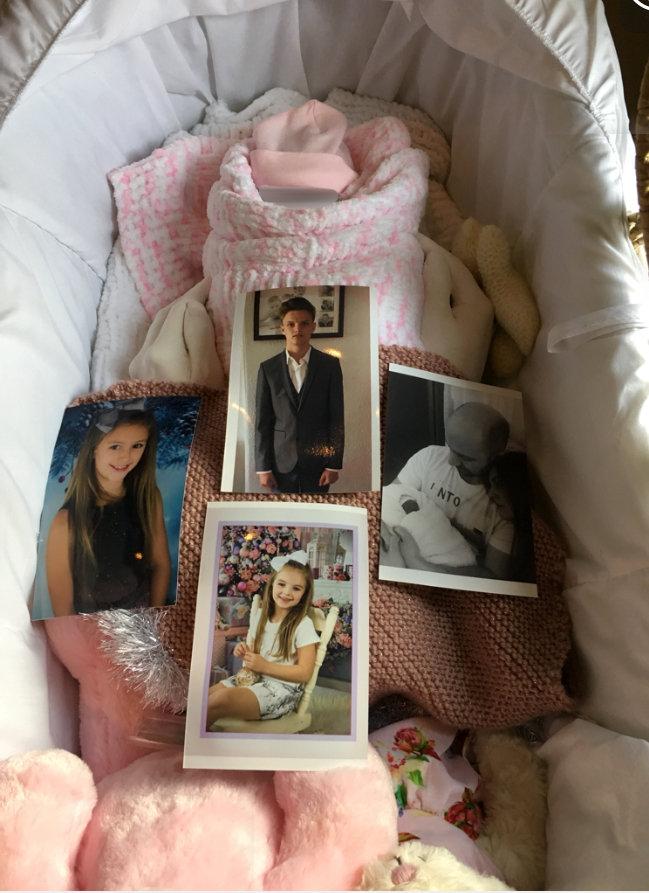 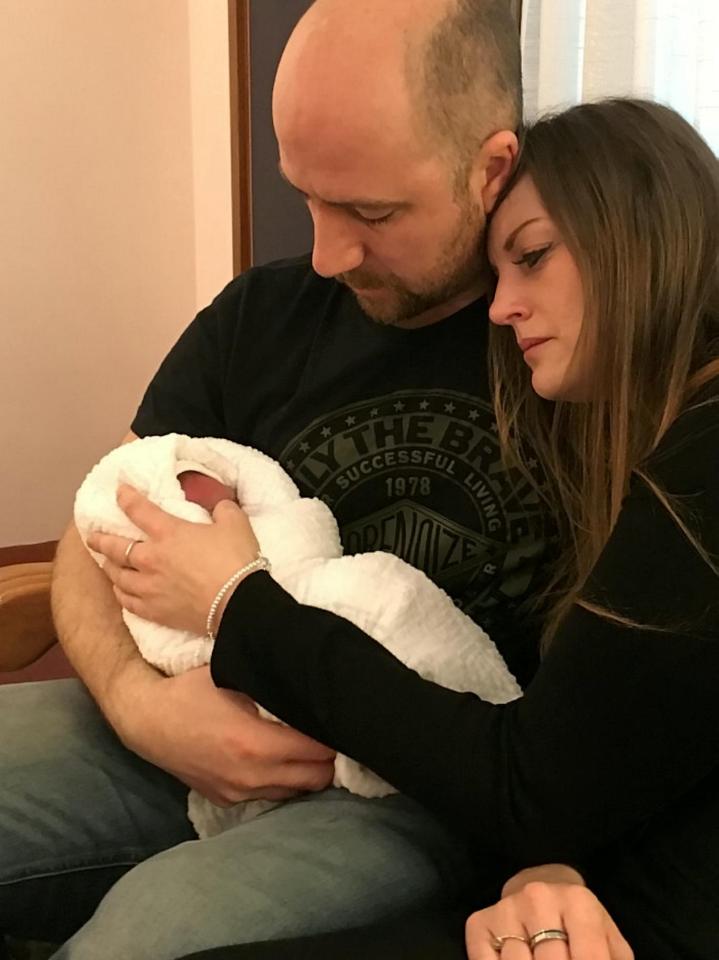 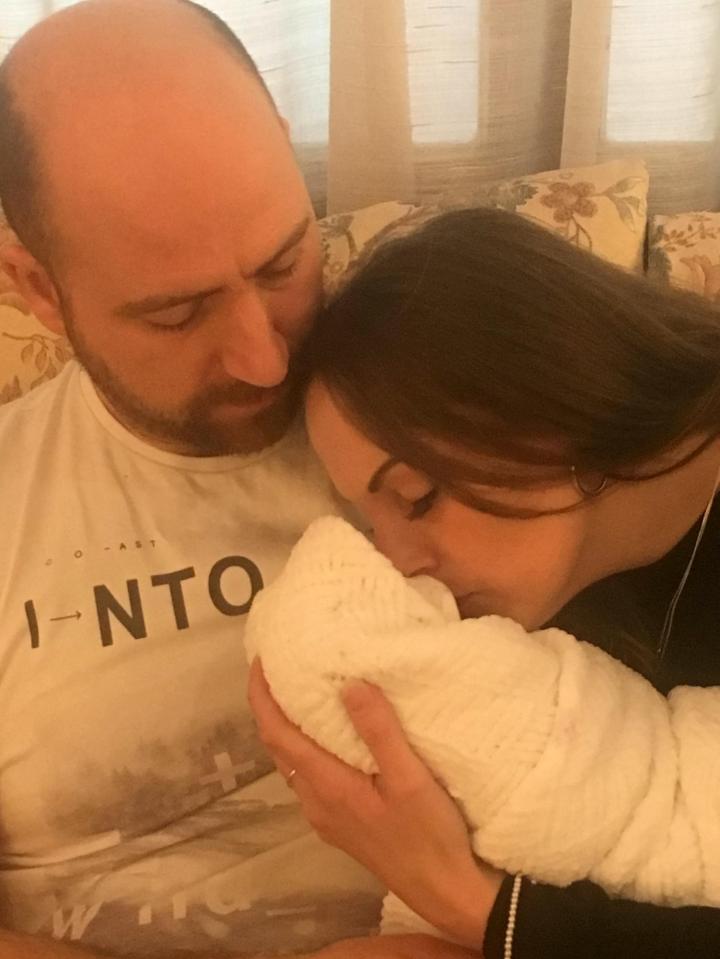 Olivia-Rose was to be the couple's last child, and just two days before the birth the expectant parents went for a private scan – and were told everything was fine.

But two days later, on March 1, Kim gave birth to a stillborn daughter.

Kim, a full time mum, said: "We booked a 4D scan because she was going to be our last baby.

"We were told she was absolutely perfect, then two days she was gone.

"Our lives were shattered when our beautiful baby girl was born sleeping, we are so heartbroken.

"I I had casts made of my own hands so I could cuddle her, I wanted to feel like she had me cuddling her for ever and I thought that I couldn't do it any other way.

"I had casts made of her hands and feet, so I thought it would be a good idea to have casts of my hands made too. 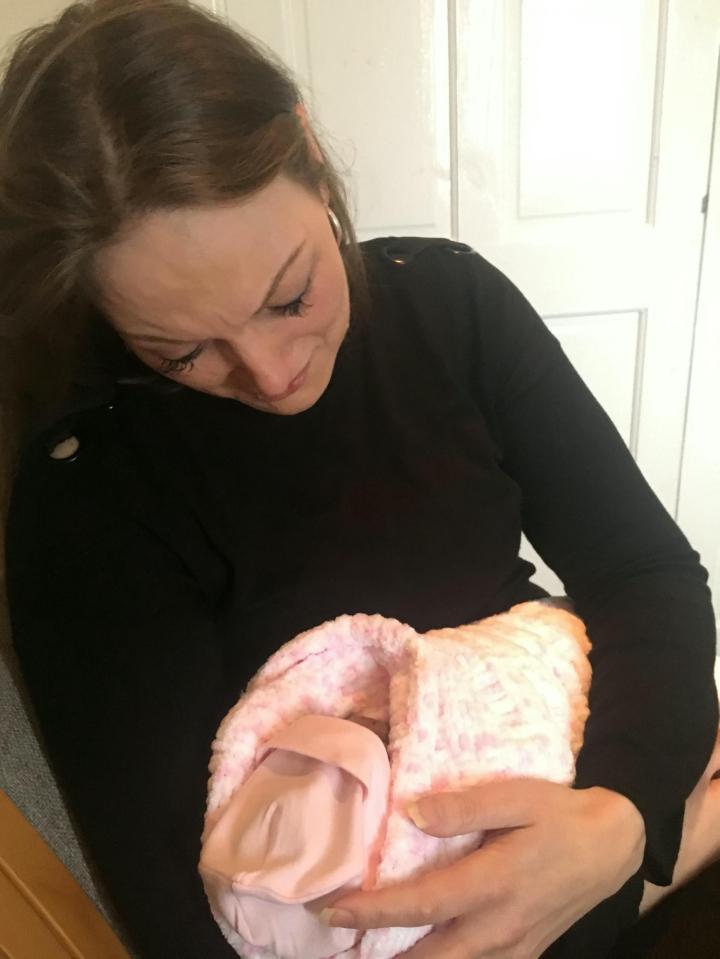 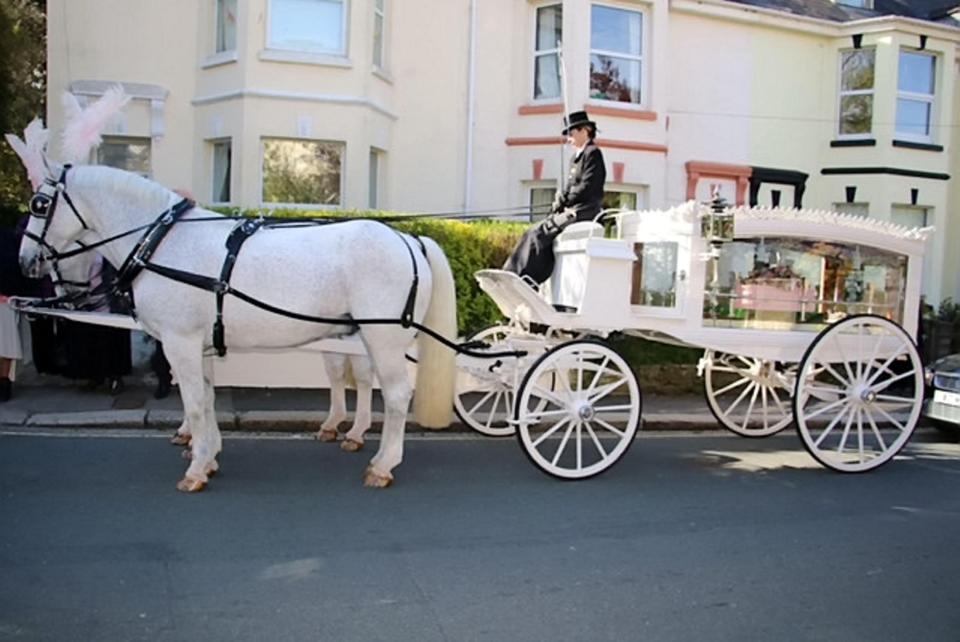 A few days before the funeral, Kim had asked for people to wave at Olivia as she passed.

"She was my princess going off to her castle in the sky.

"We were overwhelmed by the people who came out and gave us support.

"She brought a whole community together, people made the effort to do what I asked, to blow her a kiss or wave at her as she went by, so she could look down and see she was loved.

"She may only have been here for 32 weeks but she's touched more hearts in those weeks than most people do in a lifetime.

"Everyone laid a pink rose at her funeral.

"The post mortem came back as unexplained, they can't find a reason for it, it's been the worst time of our lives.

"Still birth is quite a taboo subject, women can be made to feel ashamed, I think she has brought awareness to the issue.

"It happens more than you would think, I think it's 15 babies a day in the UK are stillborn and the affect it has on parents is awful, it has a massive impact on your life."

Throughout their experiences Kim and Si were supported by two charities, Ava's Fund and Little Things, and the bereaved parents now want to raise £500 for them.