DAD Matt Price reaches out to his baby son after the pair come round from a life-saving ten-hour op.

Matt, 39, donated a fifth of his liver to Callan, born with a rare genetic disease. 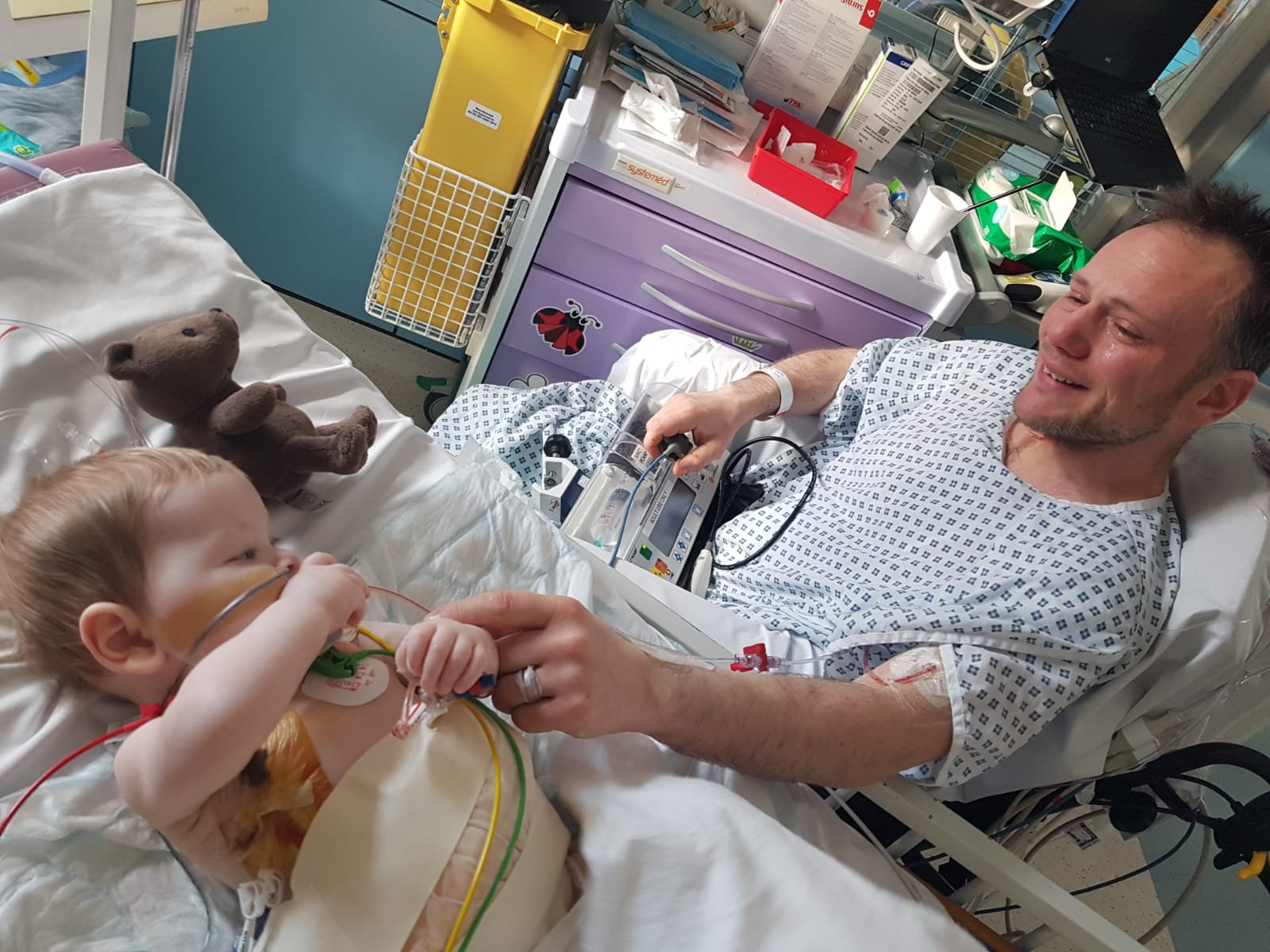 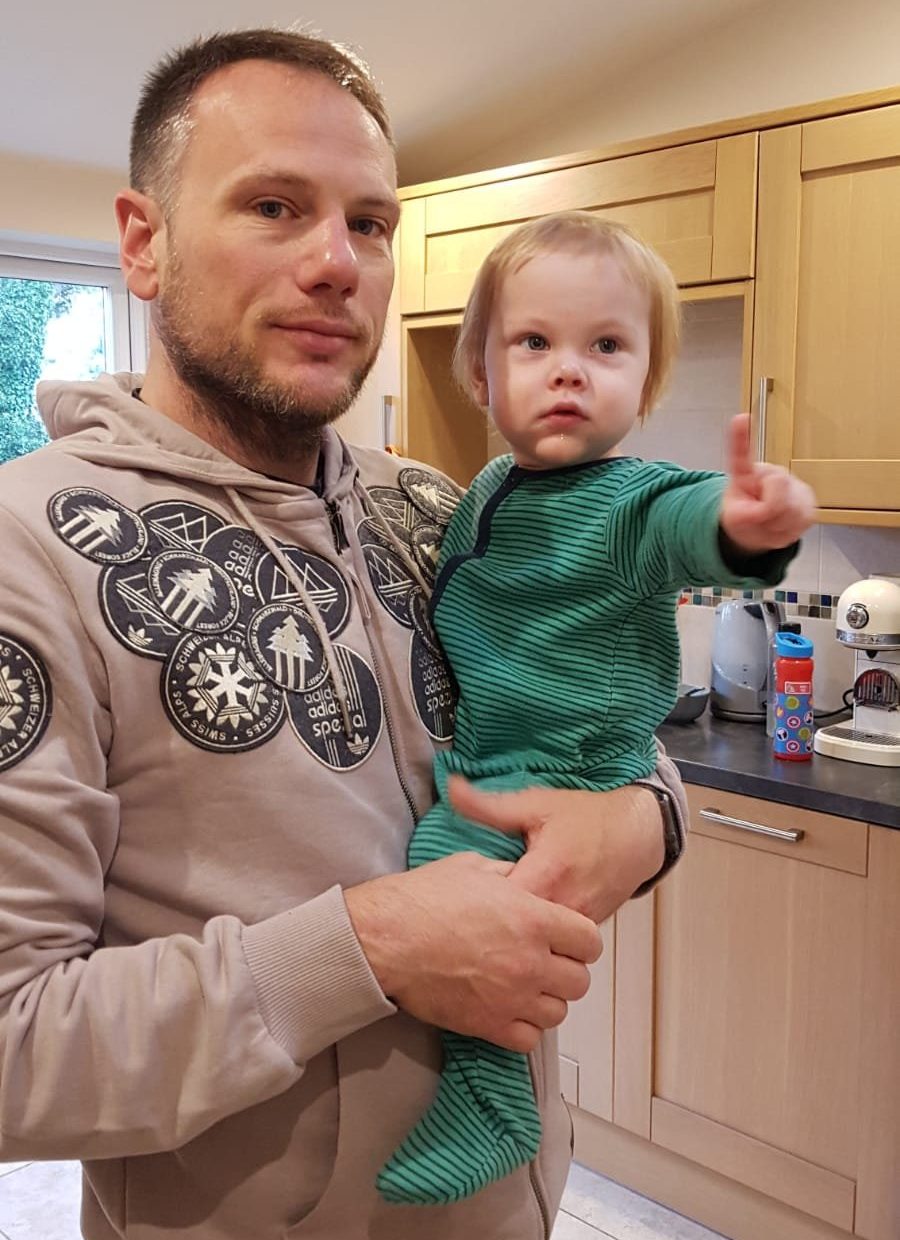 Aged just four days, Callan, who was having trouble breathing, went into a five-day coma. Matt and wife Jen, 36, were warned he might die.

At five months they were told he needed a liver transplant. Matt wanted to donate rather than wait for one to become available. So he shunned alcohol and lost two stone to cut down his cholesterol levels.

But in November Callan was still too small for the gruelling operation. The procedure went ahead in February at King’s College Hospital in Brixton, South London.

And now Callan, 17 months, is home in Mulbarton, Norfolk with brothers Ronnie, five, and Tom, two.

Matt said: “When I came out, I was just so happy to see him again.

“It had been such a stressful time but just seeing his face made everything better.” Callan was born with Ornithine transcarbamylase deficiency — with his body failing to produce an enzyme to control levels of ammonia in his blood.

Matt added: “Callan was poisoning his own brain and it was closing down. We wanted to tell our story to raise awareness about how important organ donation is.” 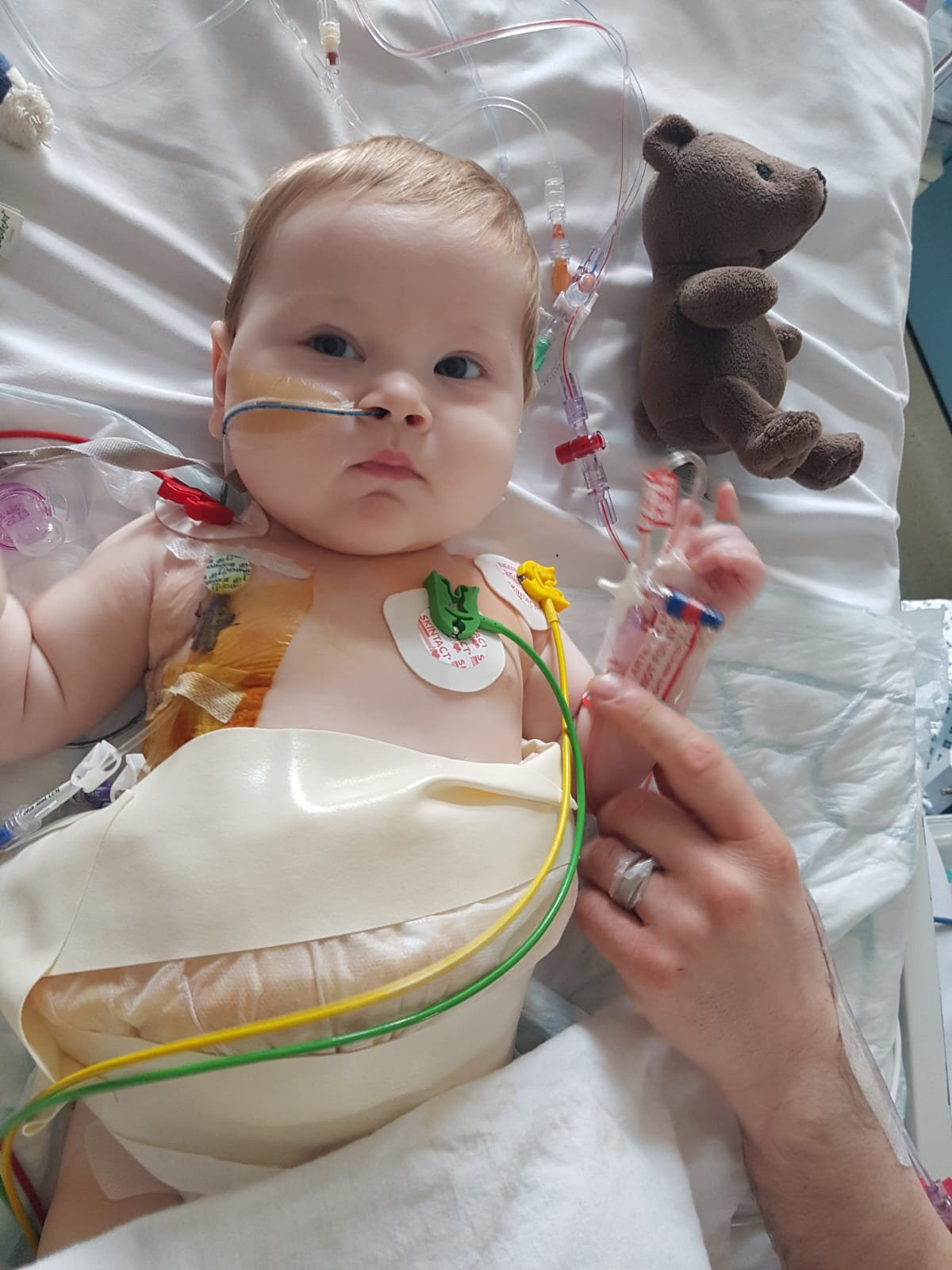 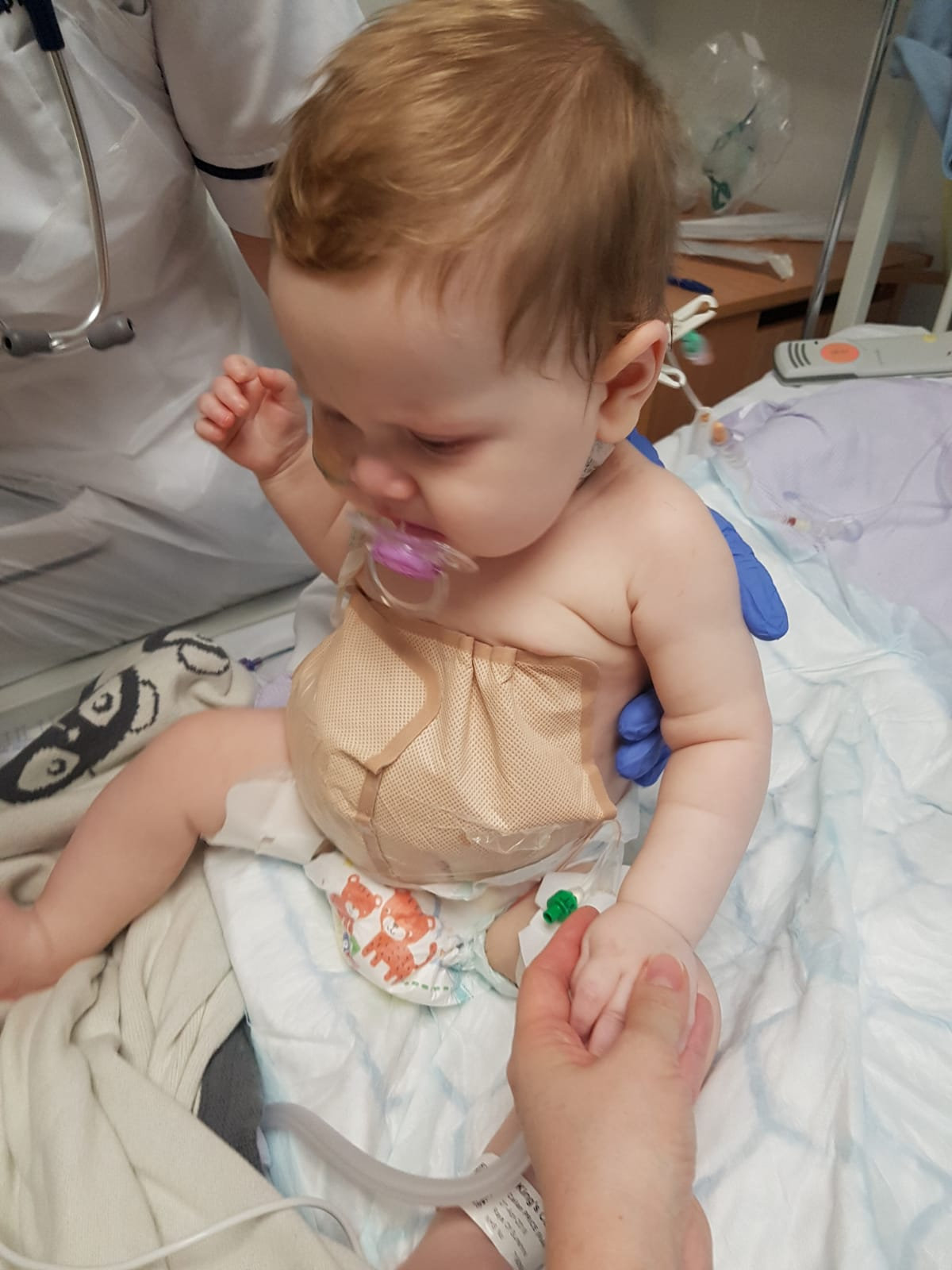 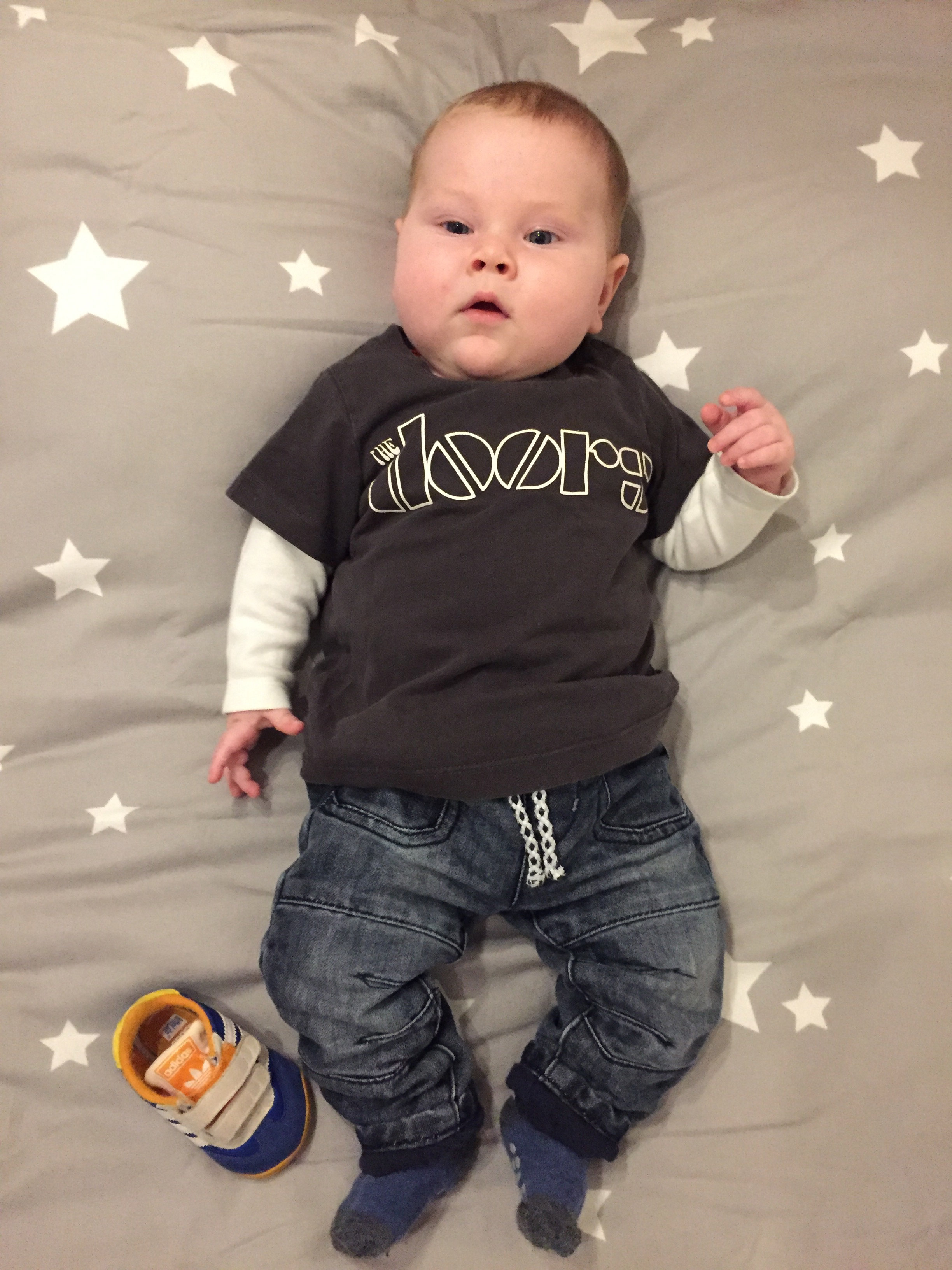 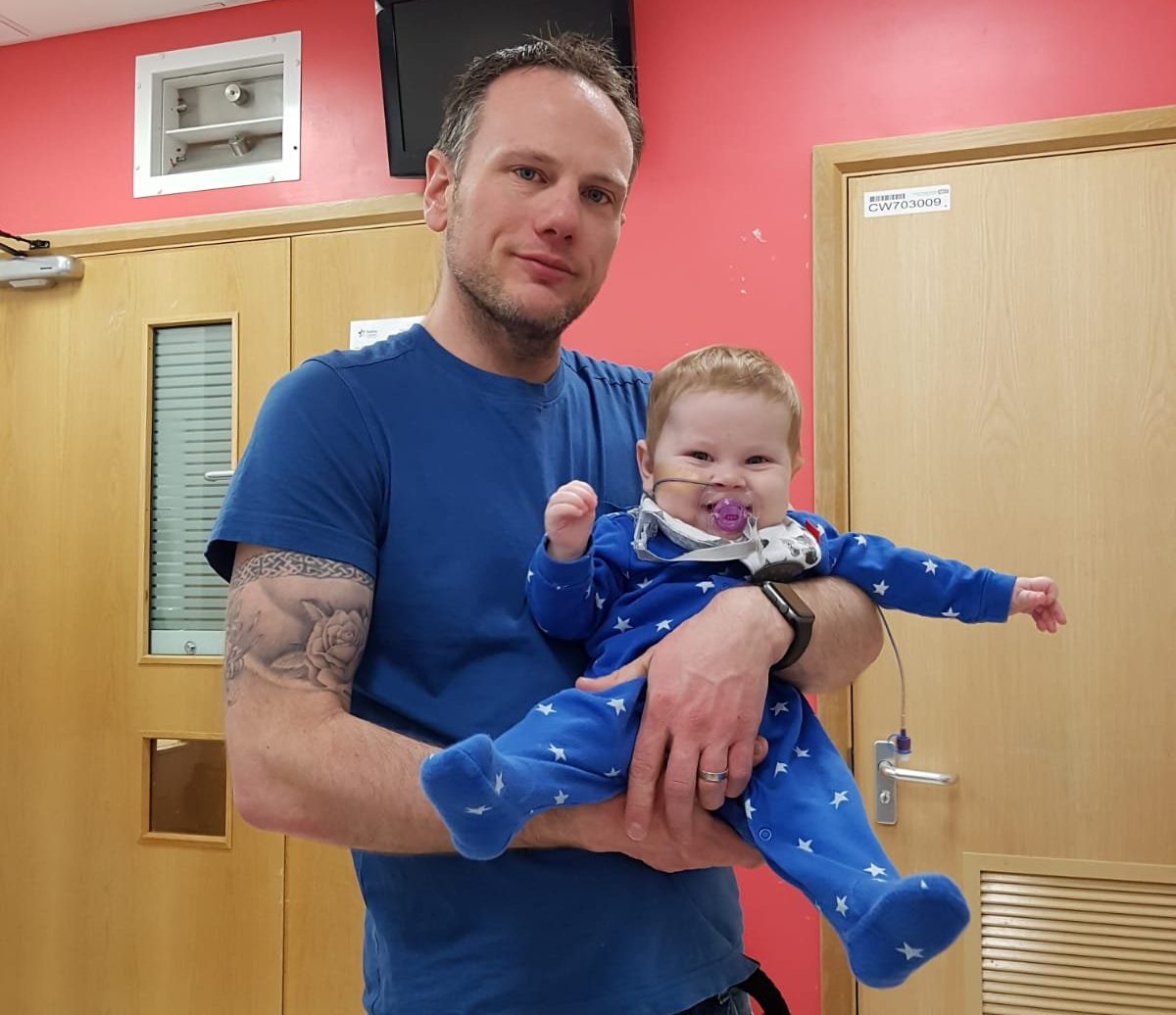 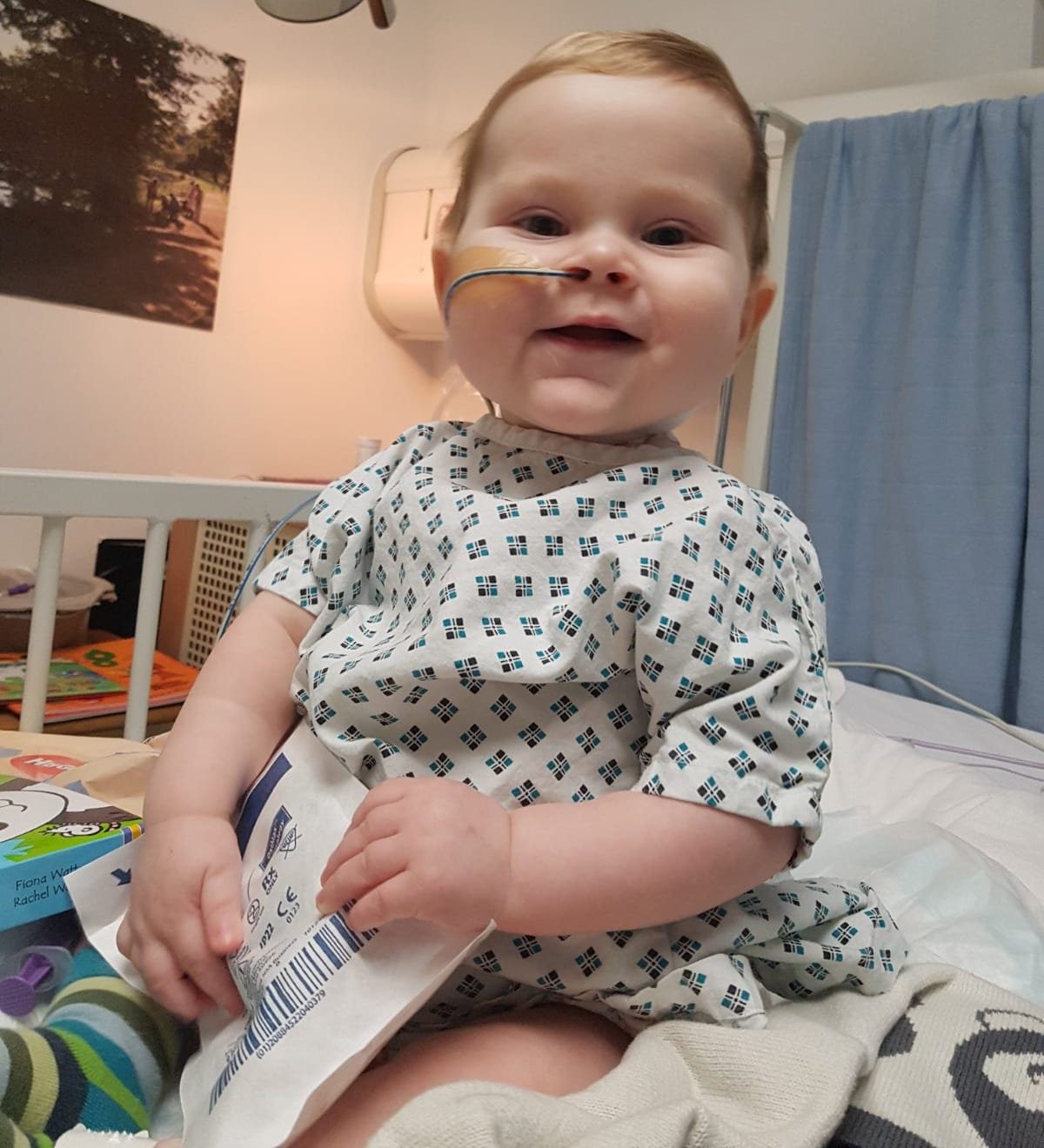 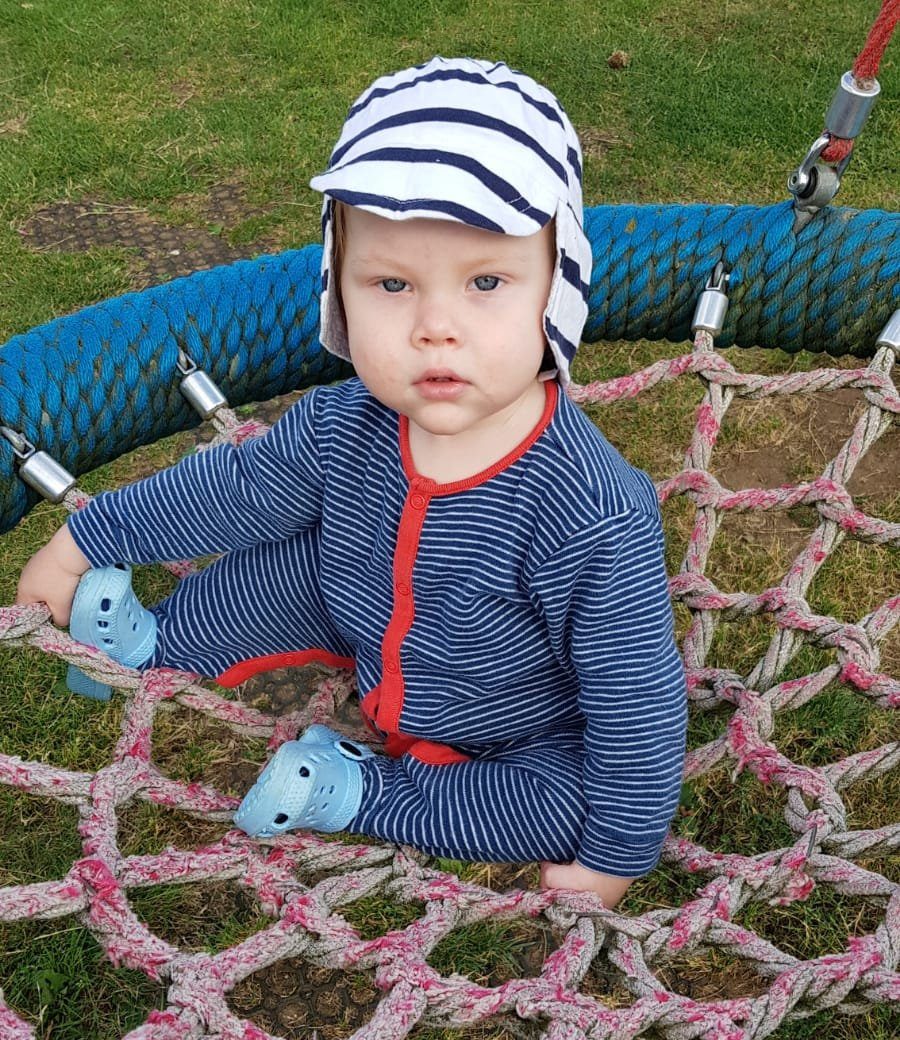 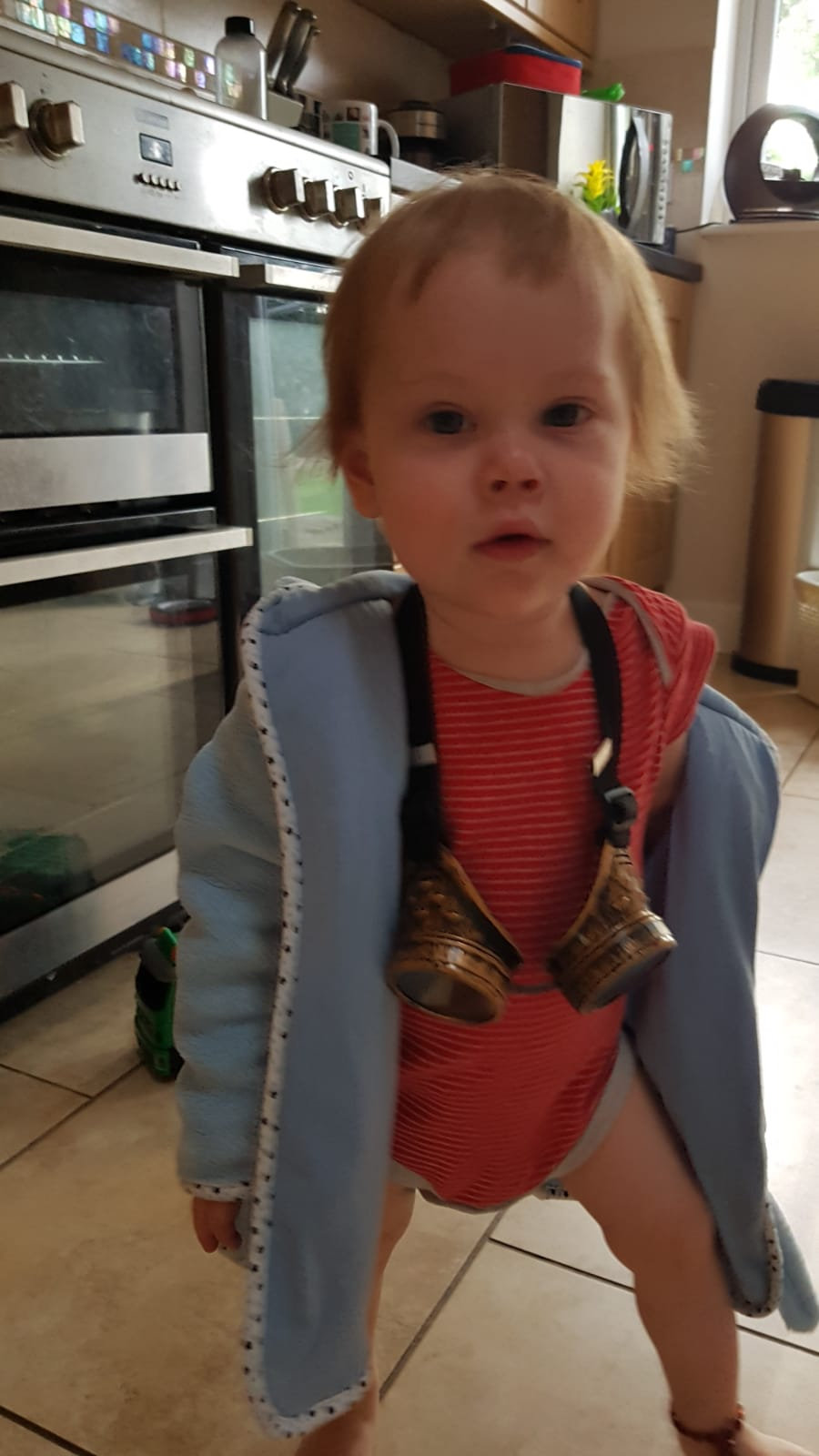