The heartwarming moment came as well-wishers gathered outside a care home in Greater Manchester where 95-year-old Eric Bradshaw lives to mark the 75th anniversary of VE Day. 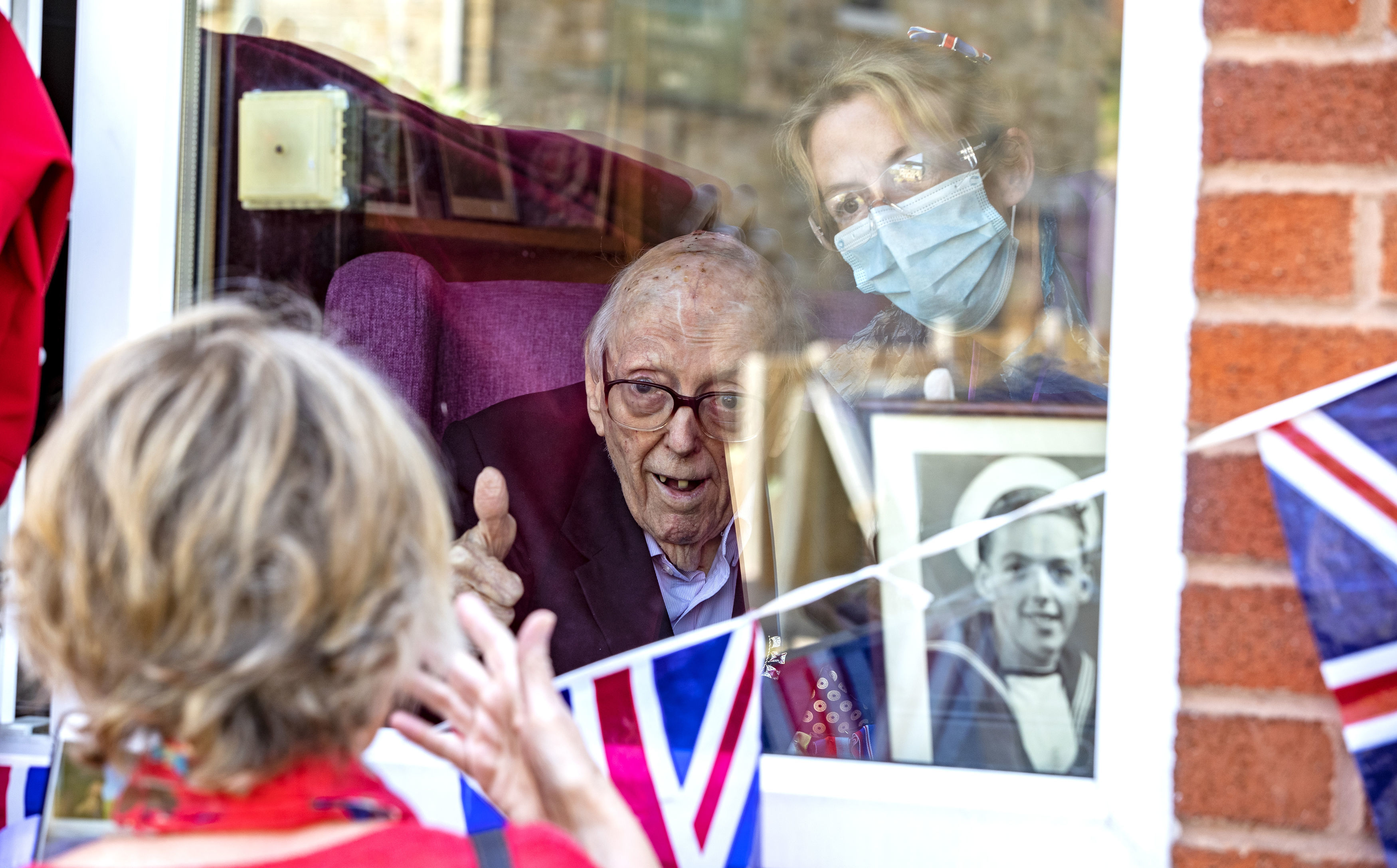 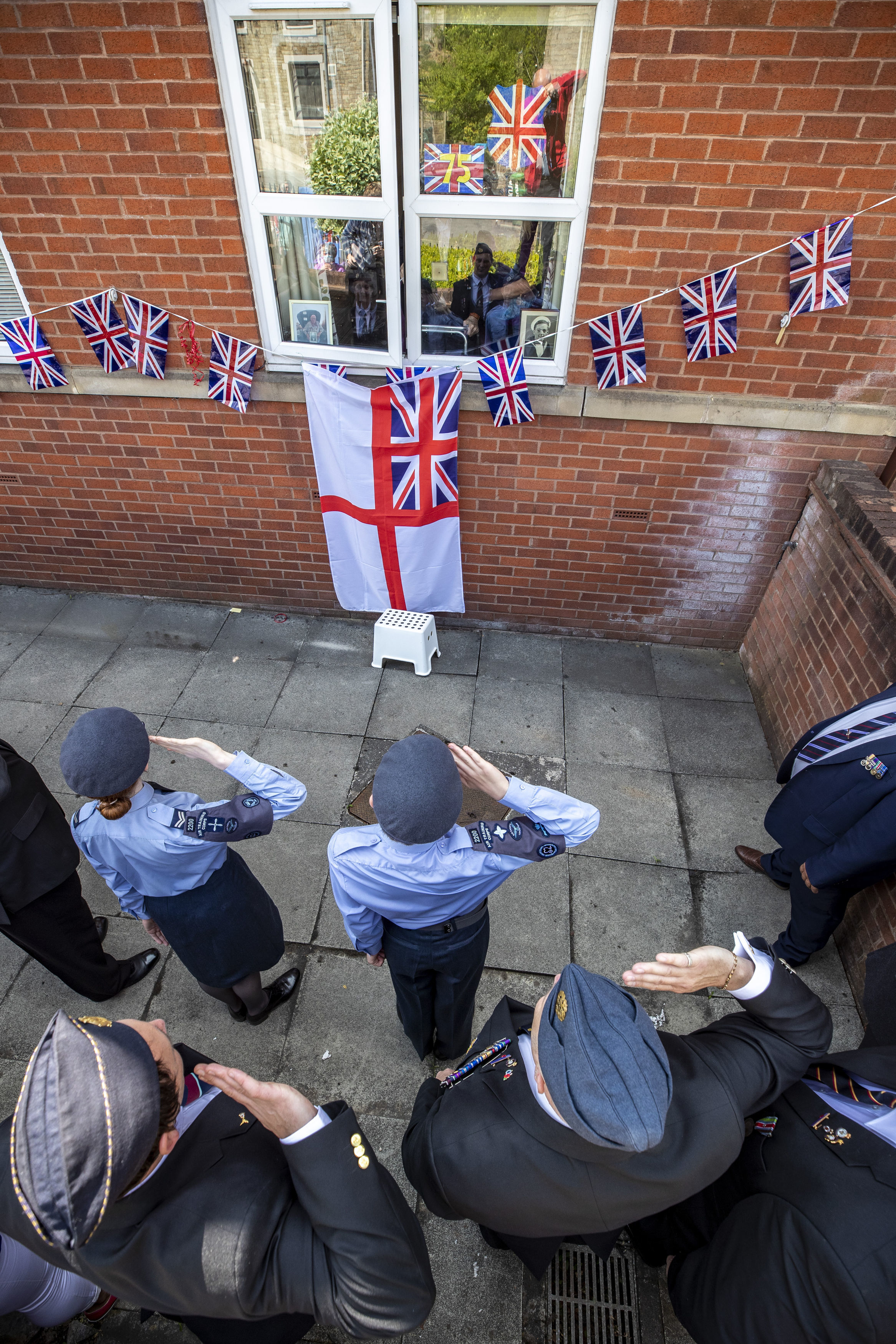 Mr Bradshaw, who enlisted in the Royal Navy at the age of 18 in 1943, served in Norway and the Far East as a signalman.

Staff at Anchor's Millfield care home in Oldham posted details of his past on social media, which led to locals wanting to applaud him and other residents who lived during the war.

Mr Bradshaw said: "I hope young ones today can learn from what we went through, and to be tolerant and always use their common sense.

"Hopefully people in the future will never have to go through what we did and make the sacrifices we made."

Julie Linke, deputy manager at Millfield, said: "It is important to honour all those who fought in previous wars to thank them for their courage.

"The older people who live with us have set the foundation for future generations and it's thanks to them that we can enjoy the freedoms we have. It's a privilege having Eric living with us."

Across the country VE Day celebrations have taken place and Red Arrows and RAF Typhoon jets soared above Britain today.

Meanwhile, the Prime Minister shared in the silence from Downing Street, along with millions of defiant Brits who quietly reflected from their homes and doorsteps. 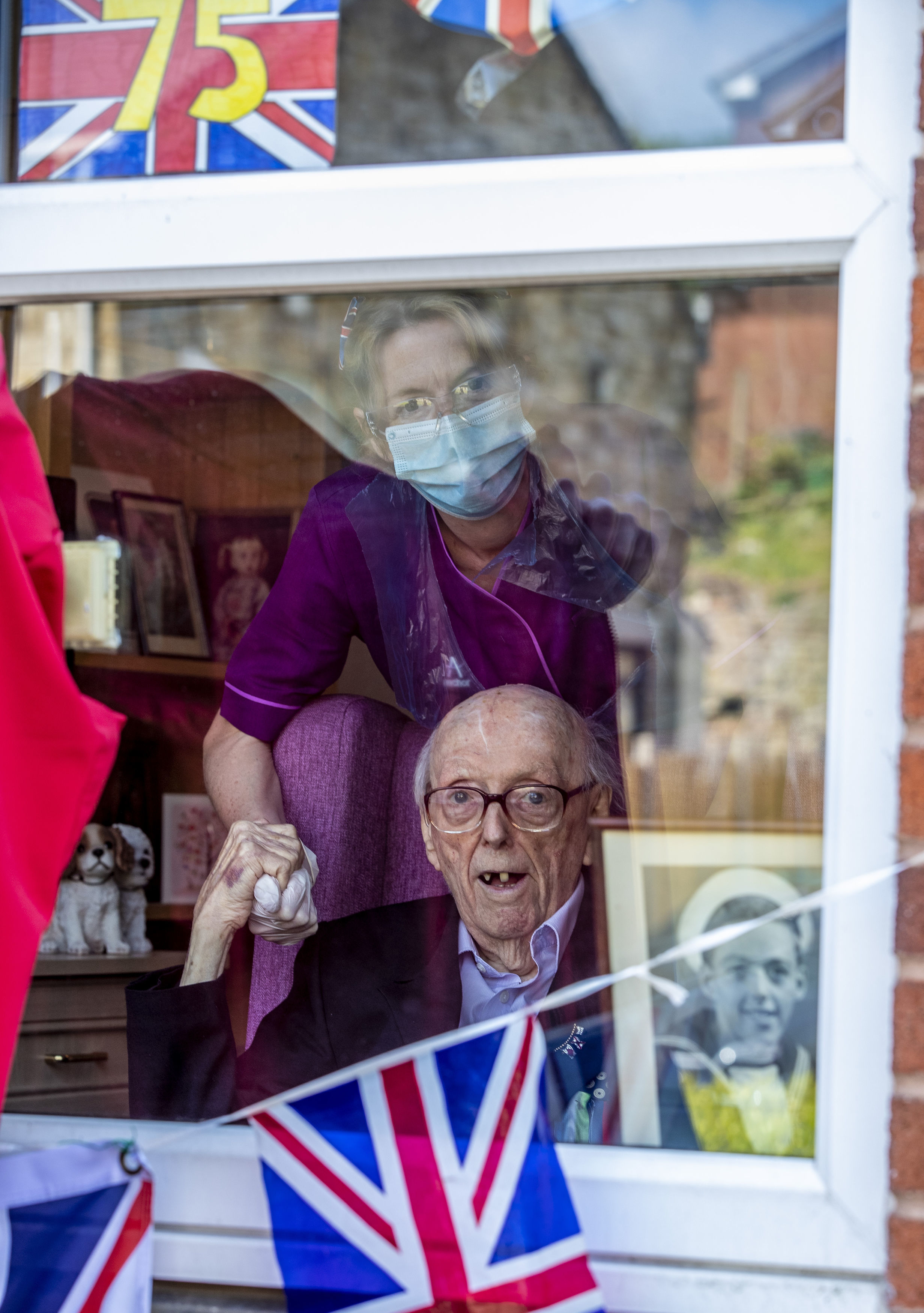 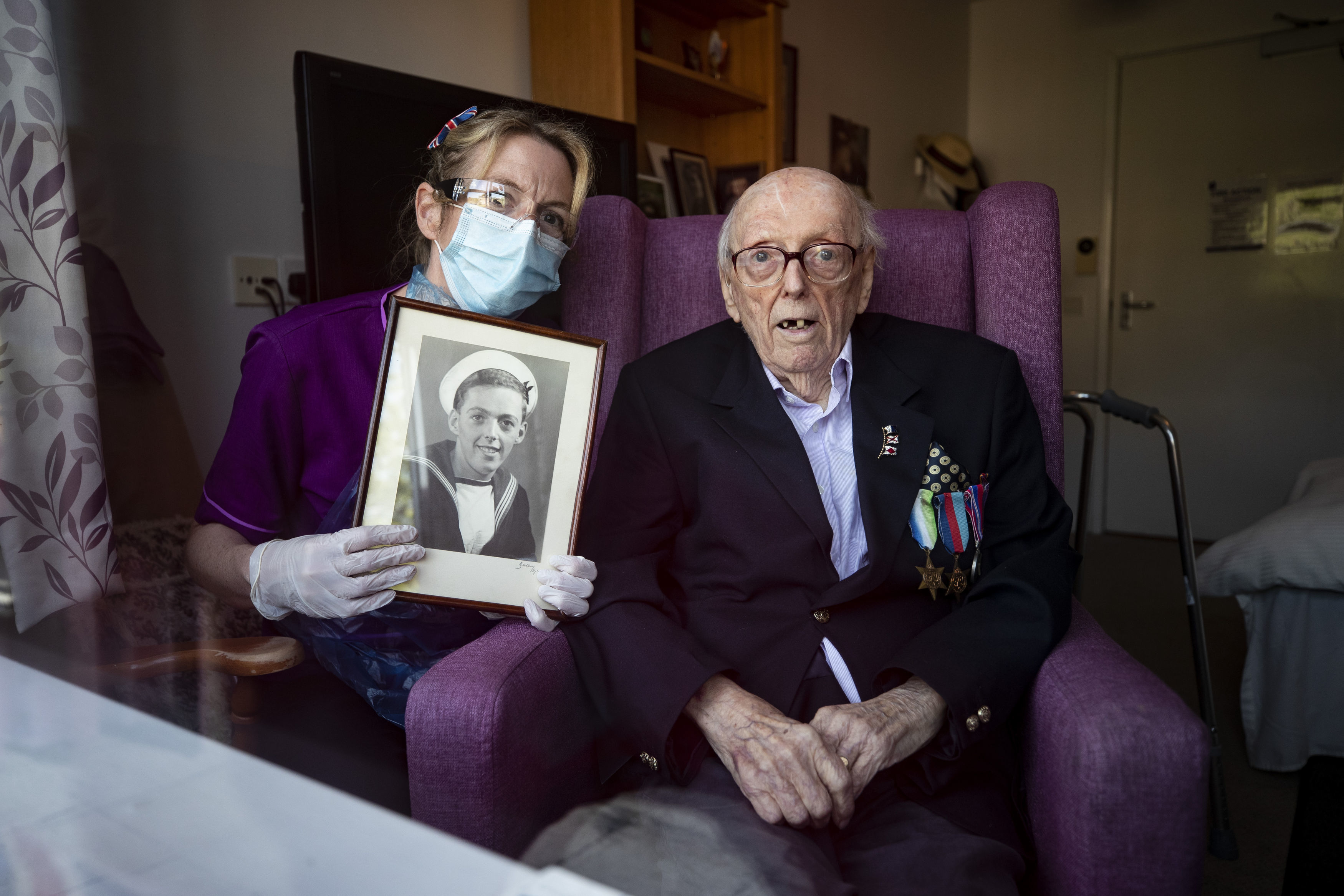 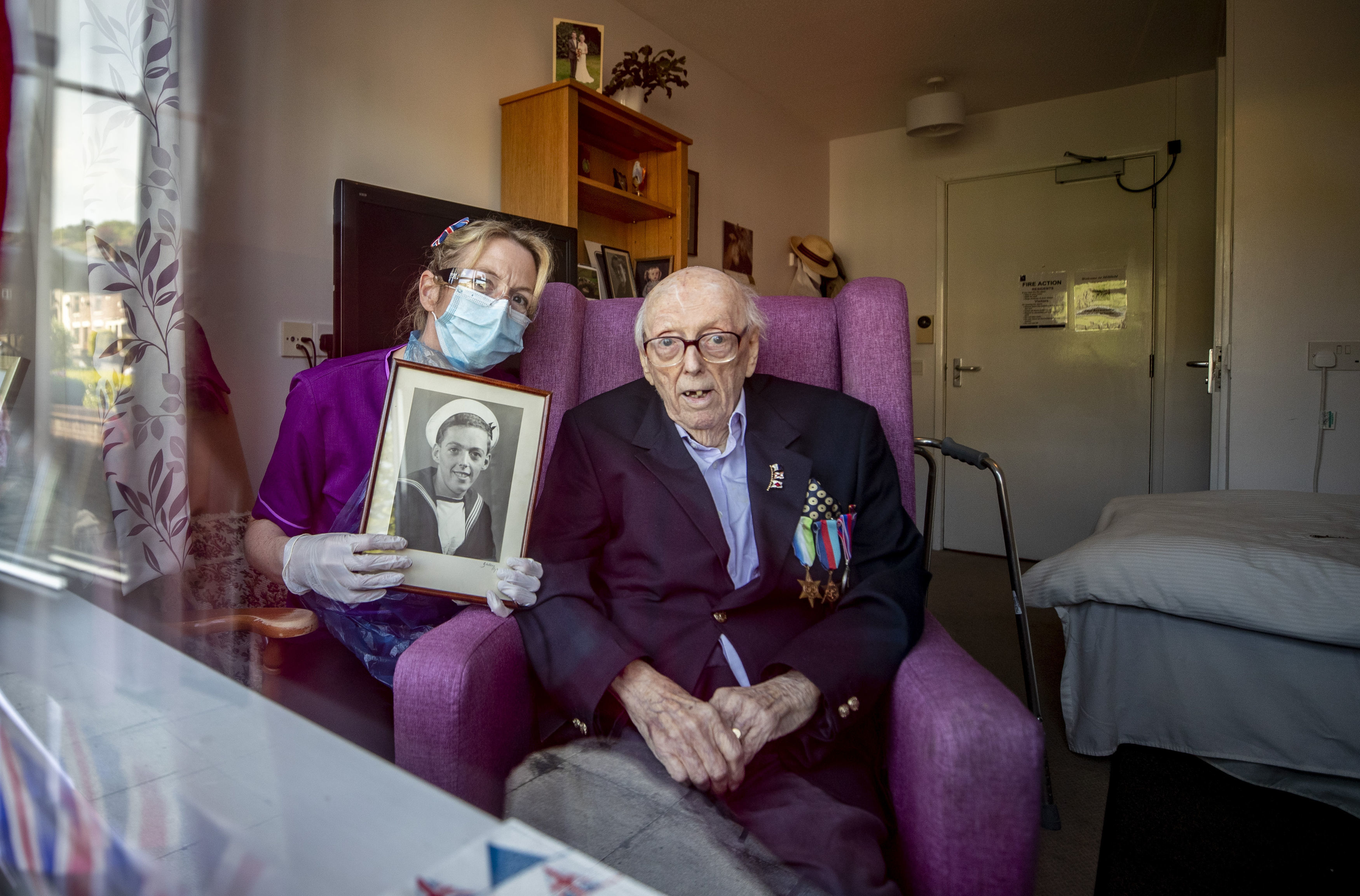 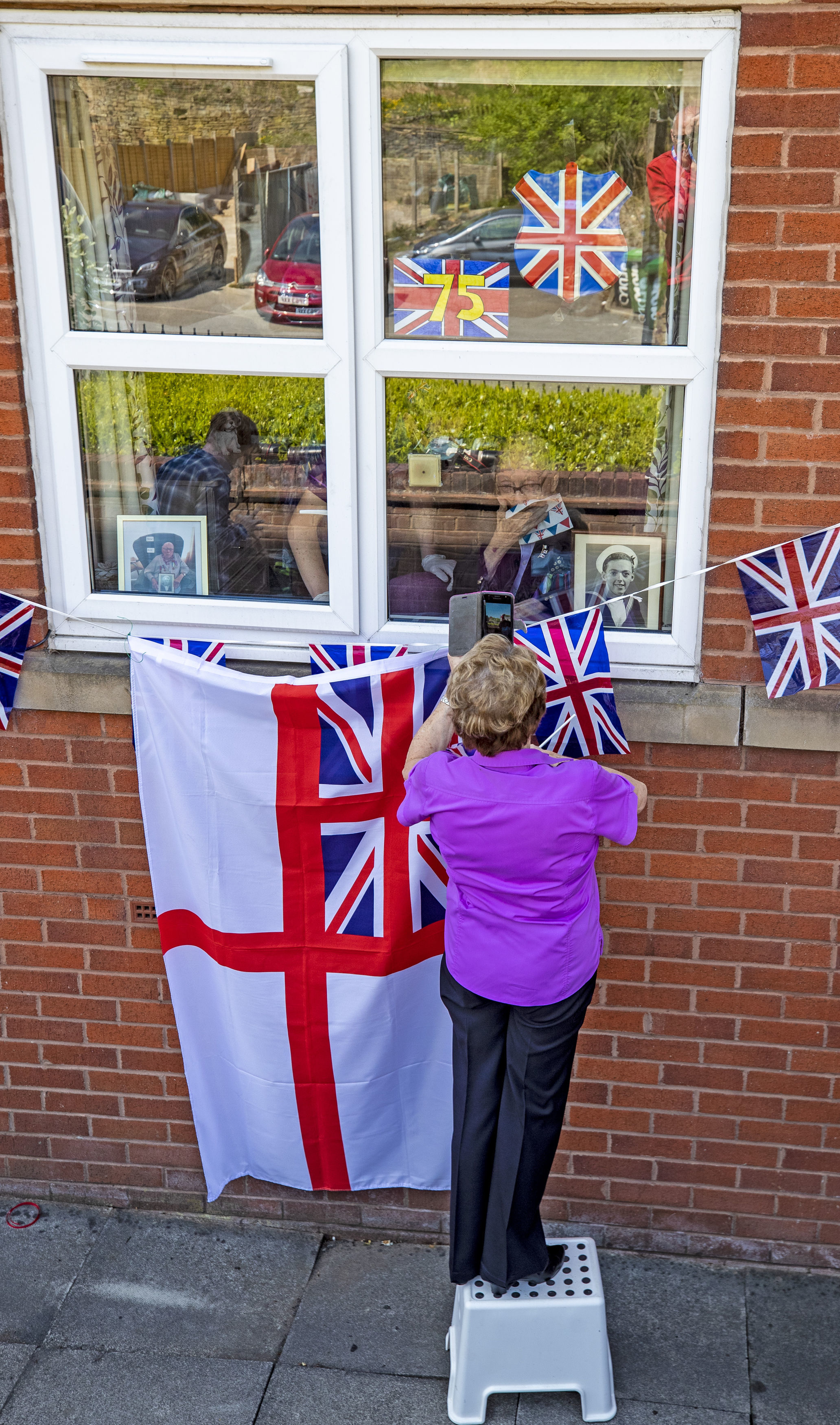