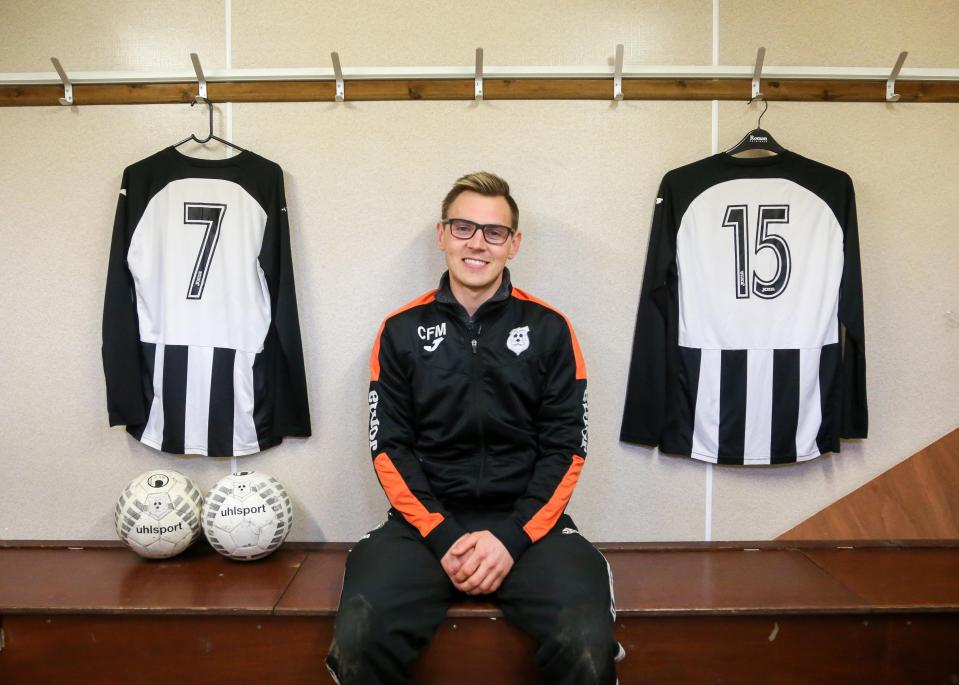 Little did he know, it would save him. 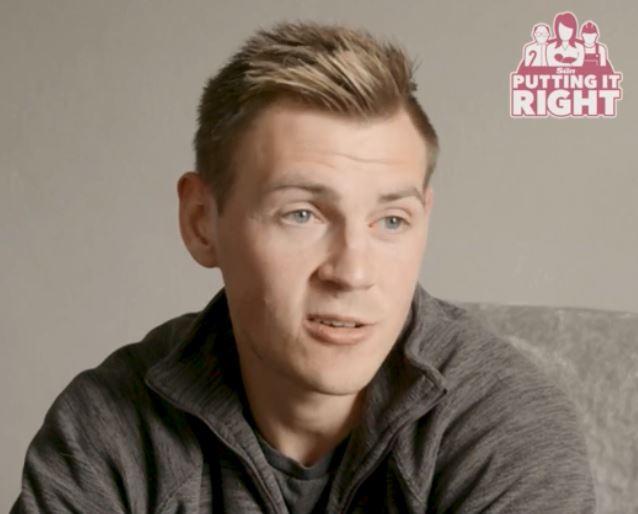 After a mystery rash, Connor's health deteriorated rapidly and he lost the ability to walk

Connor says: “I loved football and I loved being so involved in the club. I was the sort of person who would run up six flights of stairs at work as a hospital pharmacy assistant, instead of waiting for the lift.

“But I noticed my energy levels were beginning to go down and down. I never seemed to recover from the virus.

“I could only just manage to walk up one flight of stairs, let alone run.

“I was constantly exhausted and lethargic. 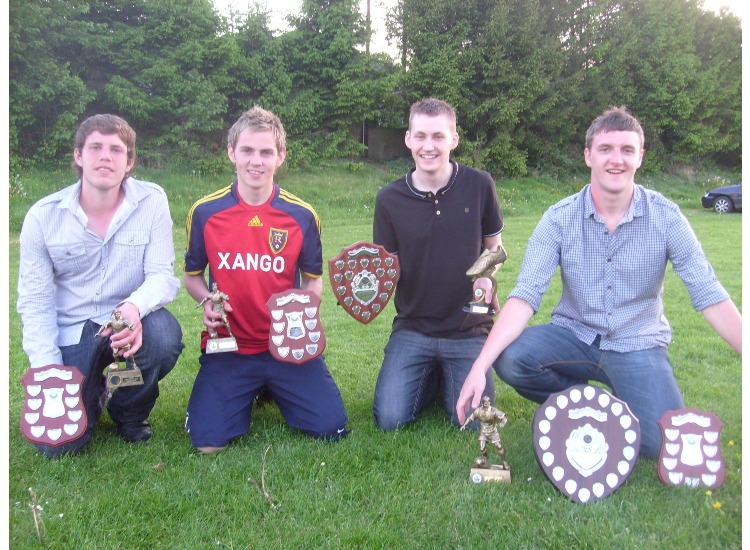 “I was signed off work for two weeks, then I tried to go back but after a month but I was barely able to function.

“One weekend I got into bed on a Friday evening after work and basically didn’t get up again.” 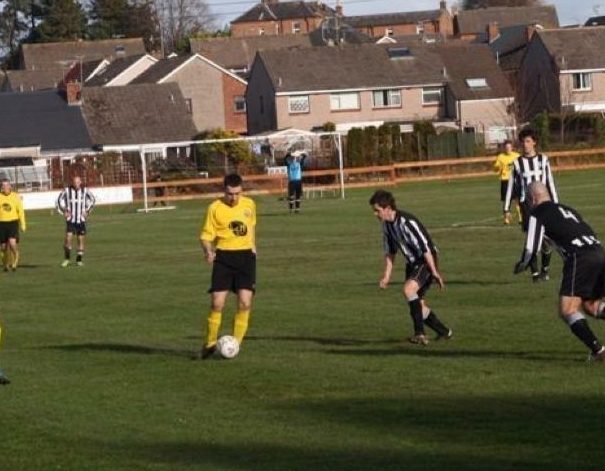 Speaking to The Sun's Putting it Right team, who are always keen to help readers going through difficult times, Connor explained how three months after he first fell ill, doctors diagnosed ME – a chronic illness which causes exhaustion and muscle and joint pain.

Aged just 19 Connor found himself bedbound, living in a hospital bed in his mum’s front room. He had to give up his job and withdrew completely from football.

He said: “I was devastated, it was an awful time.

“I became very depressed, and except for physio appointments I didn’t leave the house for two years. I missed football more than I can say.” 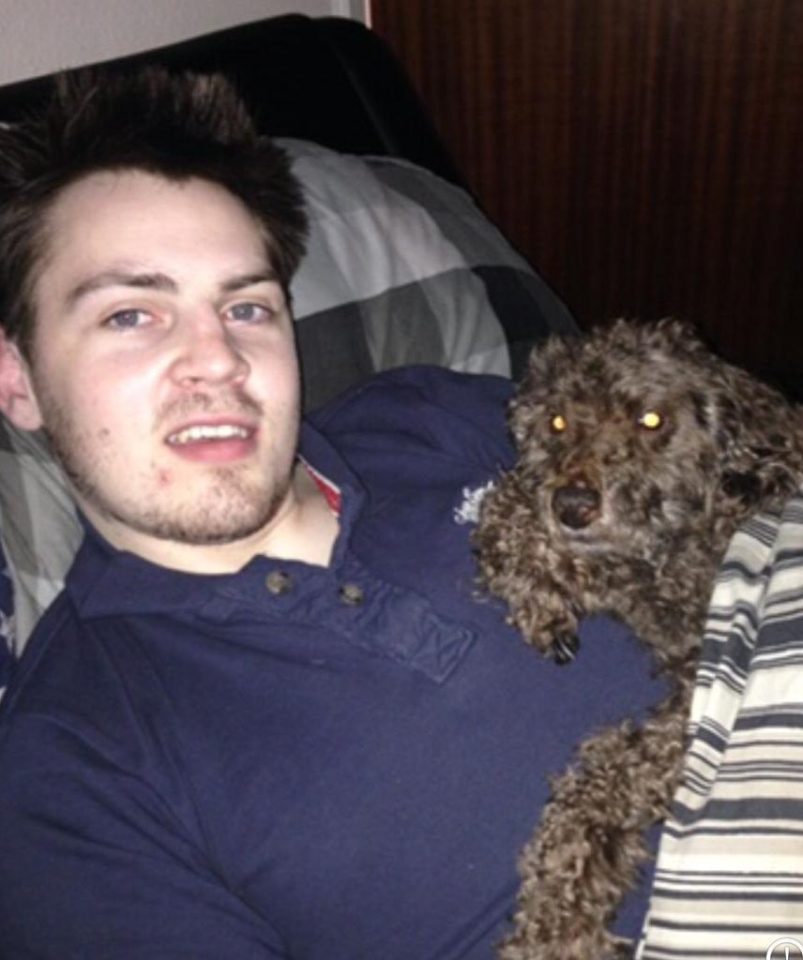 Medics hoped former right back Connor’s symptoms would improve within 12 months, but instead he lost the use of his legs, and was told he would never play football again.

“Hearing that was the worst moment of my life," he says.

“When I tried to walk, pain would shoot up my feet and my legs making it unbearable.

"That’s still the case now and I use a wheelchair most of the time." 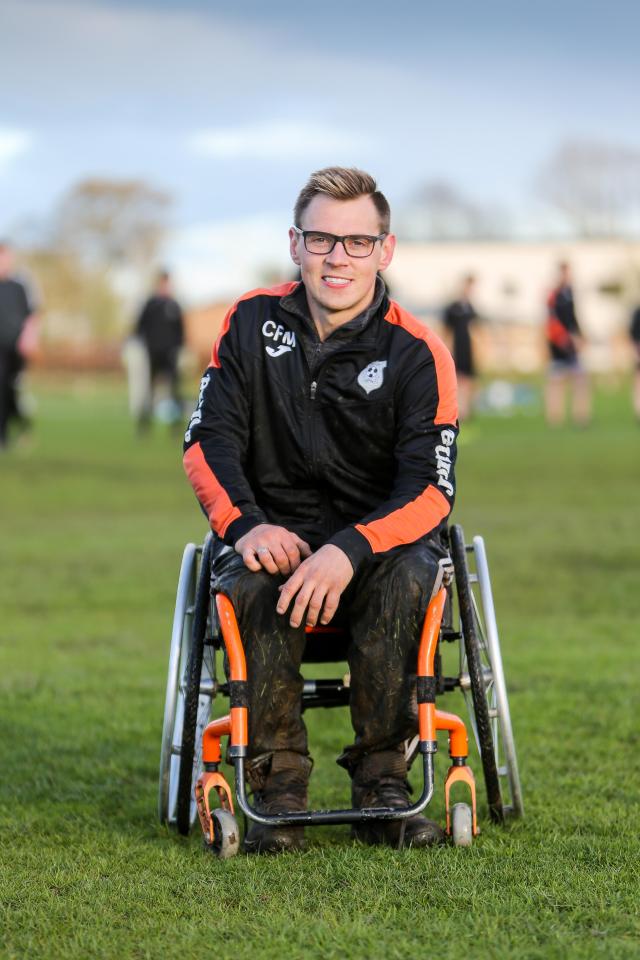 Determined to fight his illness, Connor raided his savings and moved out of his mum’s house and now lives alone in Dumfries.

He initially had carers to help him three times a day but asked them to stop coming as he battled to regain his independence.

In 2014, Connor was asked if he would return to coach the Heston Rovers junior team – who he had worked with before his illness – as their previous coach had left.

And it was an opportunity he felt he couldn't turn down – even though he would have to coach from the sidelines, which he often does on his knees. 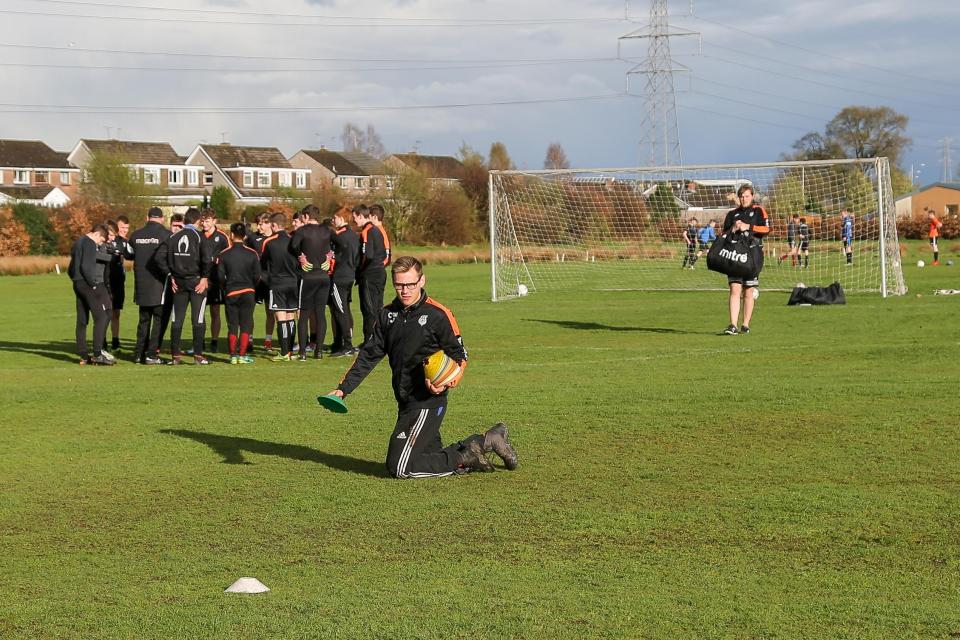 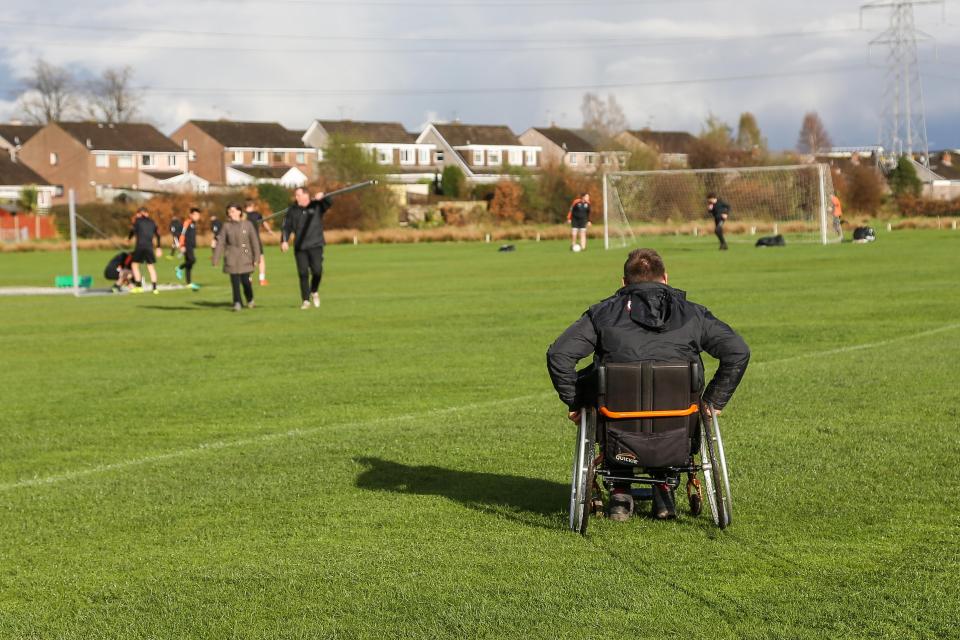 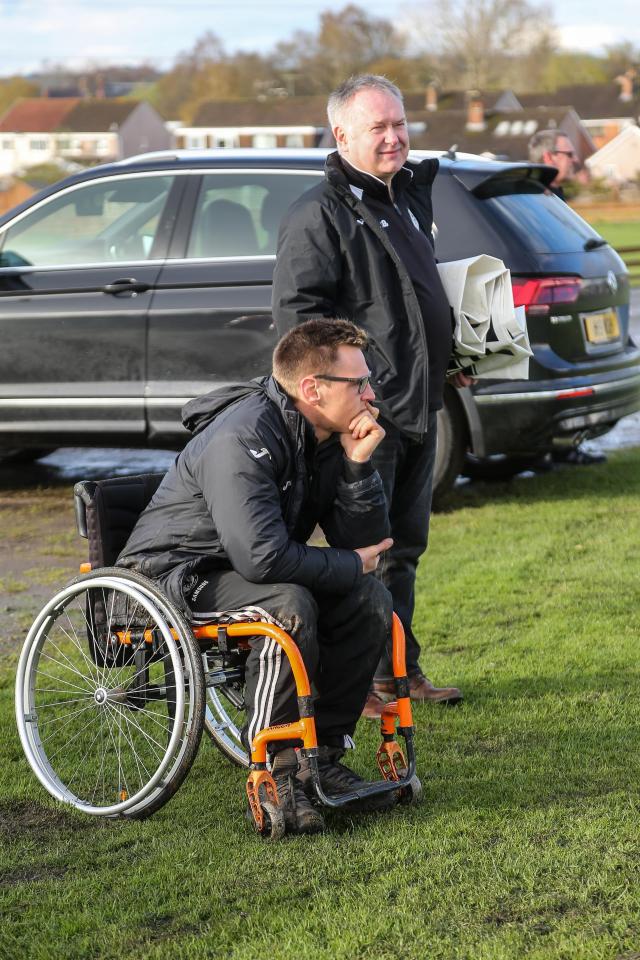 Connor says: “I had barely left the house in two years, except for hospital appointments.

"But I was determined to try to get back to doing what I loved. 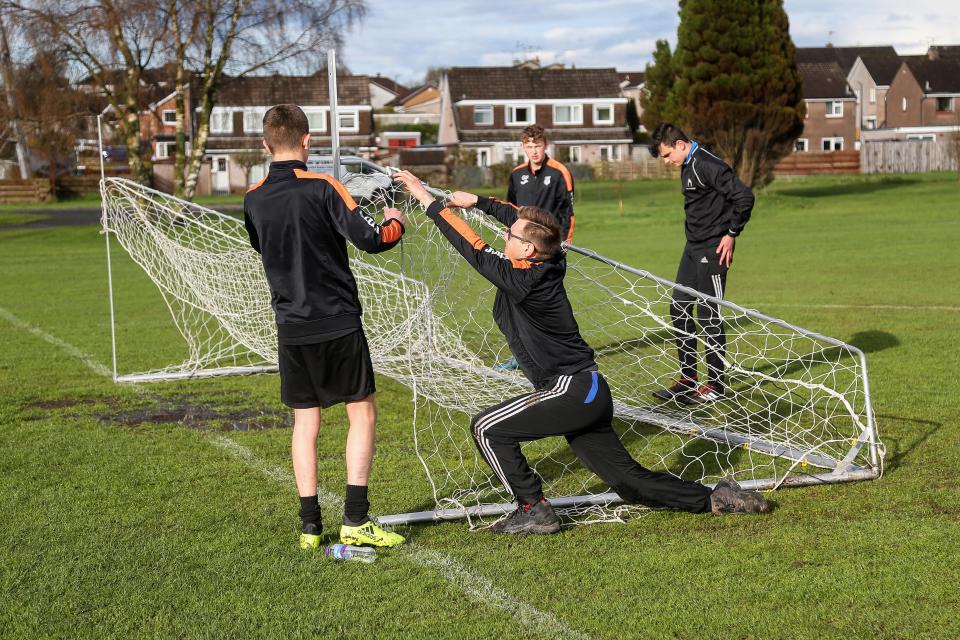 “At first, I started by assisting just one coaching session a week which left me exhausted, then built it up to two sessions – and now I manage the team.

“It’s been the best decision I’ve ever made, the lads mean the world to me.

“At first I was worried how they would take to me, they were all aged around 12 when I returned.

“Before I left I could show them specific drills or set pieces and I thought they might think a coach stuck on the sidelines, not even able to kick a ball, would be useless.” 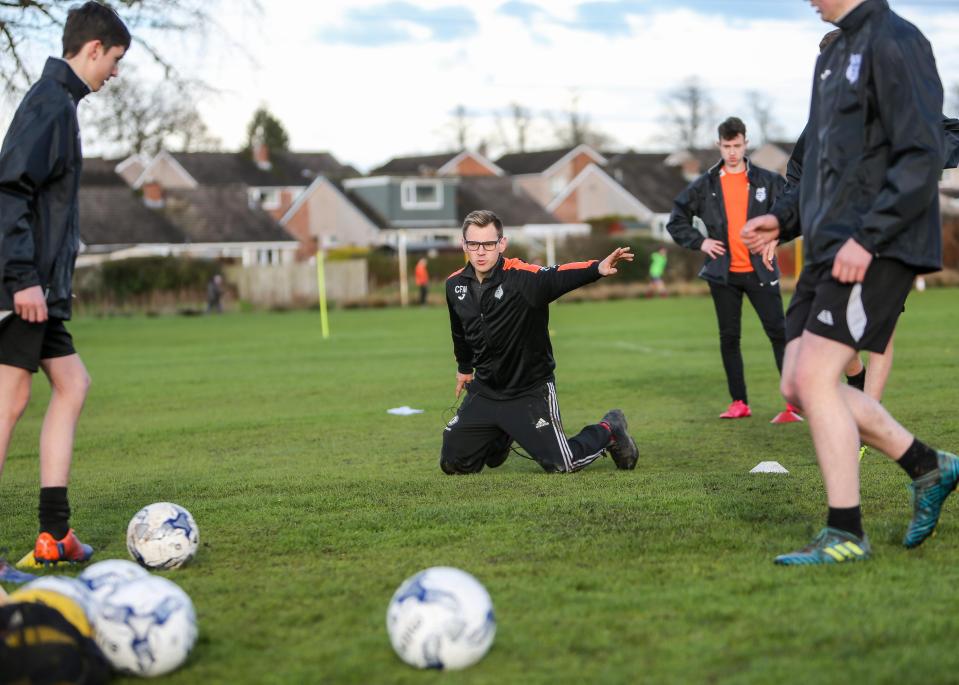 Instead, Connor worked hard on learning how to explain the drills in detail, and he gets out of his wheelchair and on to his knees at the side of the pitch to better connect with the team.

He said: “They were all brilliant. Without these boys I would still be stuck at home in bed.

“They have given me the motivation to make something of my life again.

“I’m not afraid to make jokes about myself and now they do too, we all have a good laugh together. 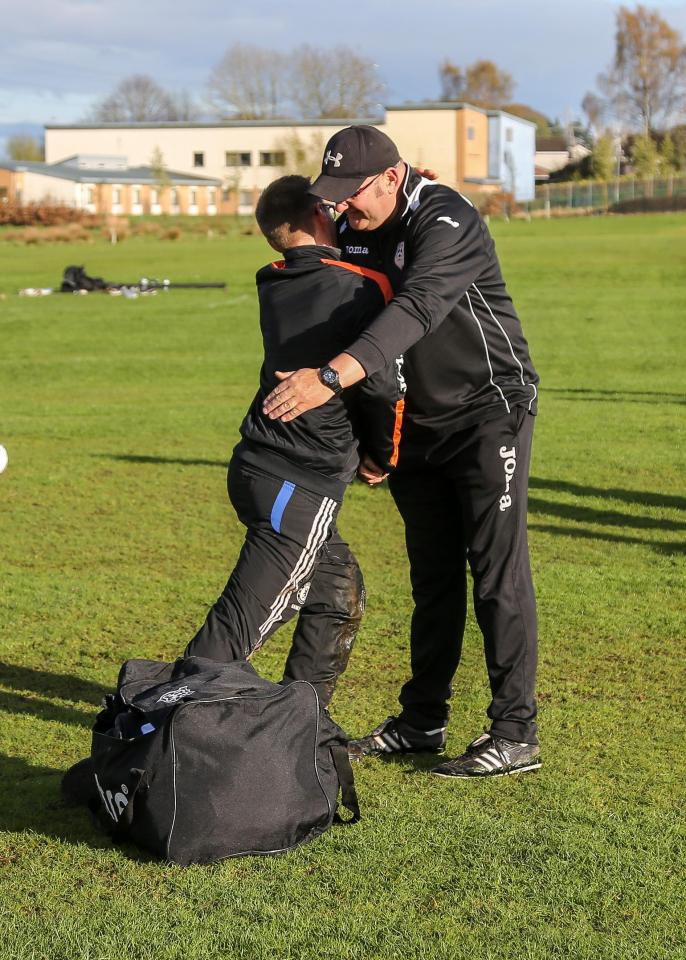 “The lads are happy to fetch all the balls, cones and the goals to set up training and then put all the equipment away again at the end of the session as they know I can’t manage that.

And while Connor credits the team with helping him rebuild his life, the admiration is mutual.

Hamish Bremner, 16 is a member of Connor’s 20-strong U17 junior squad, who began playing with the team aged six.

He says: “Connor has inspired us to keep playing football.

“Some of us might have given up a few years ago if it wasn’t for him.

“He has kept us going, he’s like a brother.” 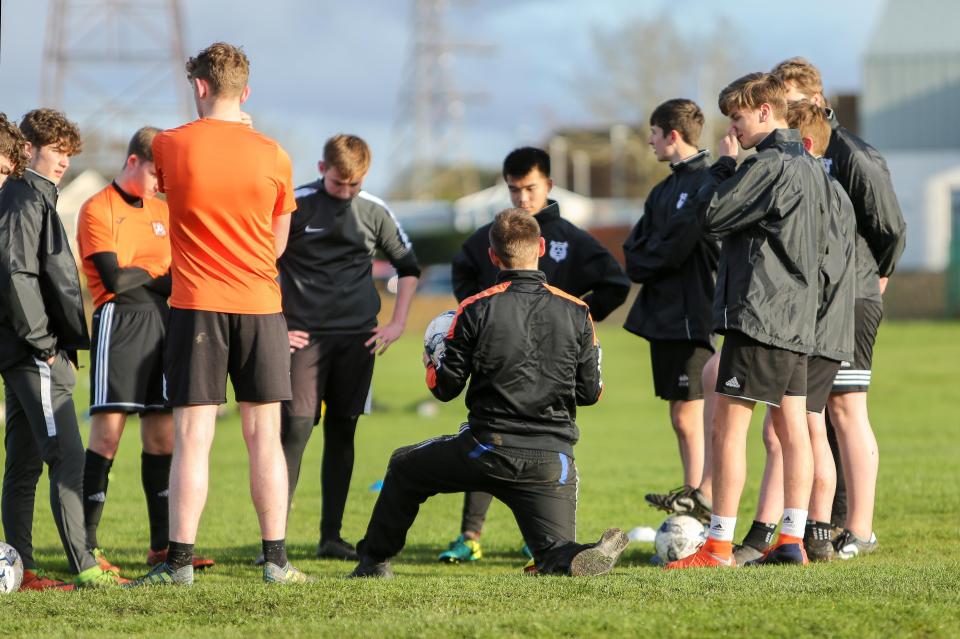 Managing coaching sessions and attending matches with the team every weekend leaves Connor exhausted, and he needs at least two days in bed at home to recover.

But for him the sacrifice is more than worth it.

When The Sun learned of Connor’s commitment to his team and how the boys are helping his recovery, we wanted to do something for them all.

This season is Connor’s last with the team before the boys graduate to the senior level. The season has gone better than they expected.

With three games left to play, they’ll finish in the top half of the league and one player’s clocked up 20 goals after recently coming back from a broken ankle. 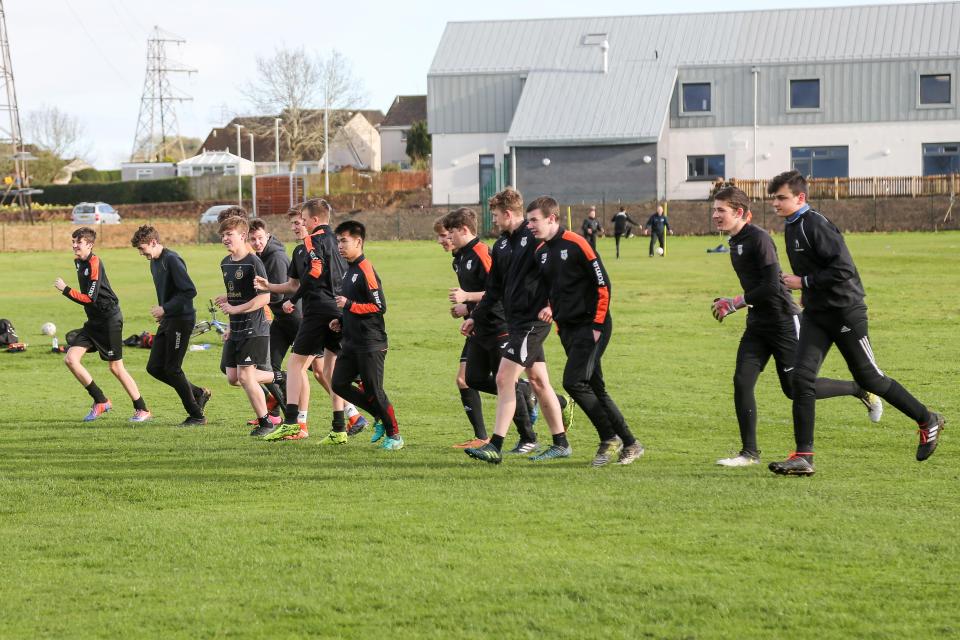 The lads have all outgrown their strips and despite their coach’s best efforts to raise some cash to buy new ones, there’s just not enough cash in kitty.

So The Sun decided to Put It Right and reward them all for dedication to each other and Connor’s recovery by making them look the part.

So we sent our team up to Dumfries to join the lads at a breezy evening training session at the Heston Rovers training pitch, at the ground they share with Scottish Championship side Queen of the South.

Seeing the boys in action as Connor energetically coached them from the sidelines on his knees was inspirational stuff.

And it’s not just us who are impressed.

Once the session came to its end and we headed back to the changing rooms to hand out the new gear – everything from shirts, shorts and socks to training tops – to the delighted players and their proud coach, someone very special wanted to convey a message to the whole team. 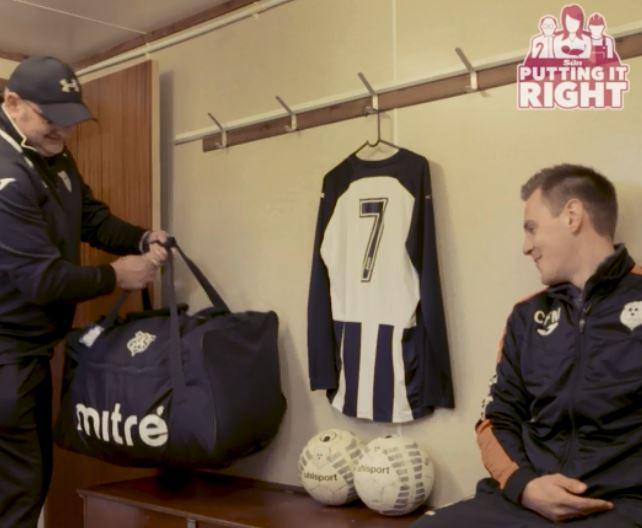 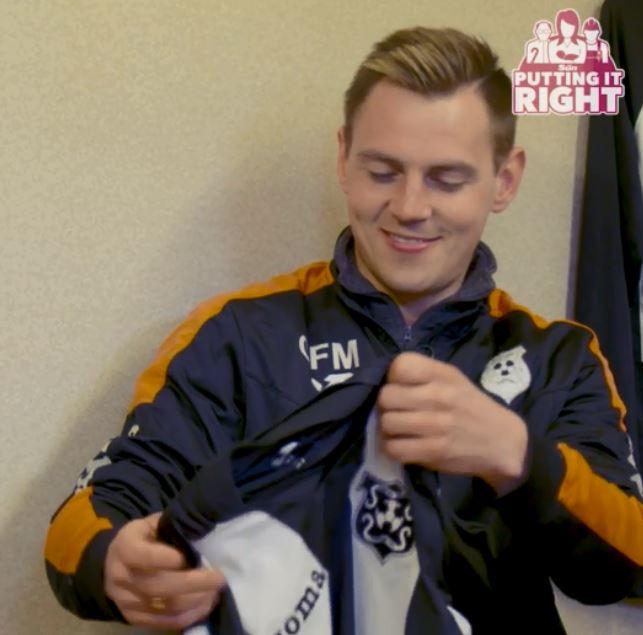 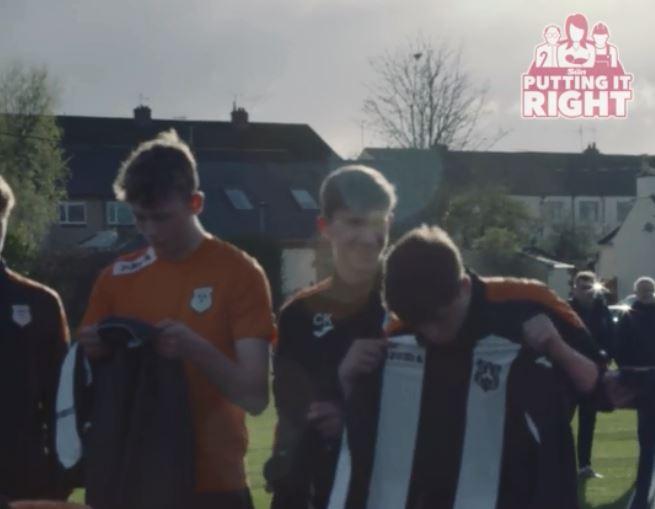 Unable to be there in person, the voice of Scotland head coach Alex McLeish rang out as assistant coach Garry Duff presented Connor and boys with the team’s new kit.

He said: “I’ve heard about all the incredible work you do for Heston Rovers. That’s why we’d like to give something back by providing you and the boys with a new set of strips you’ve been waiting for for so long.” 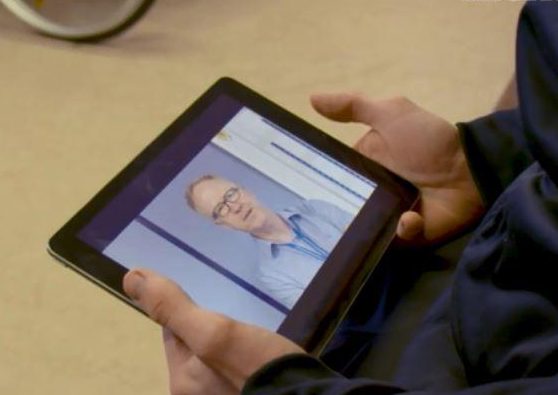 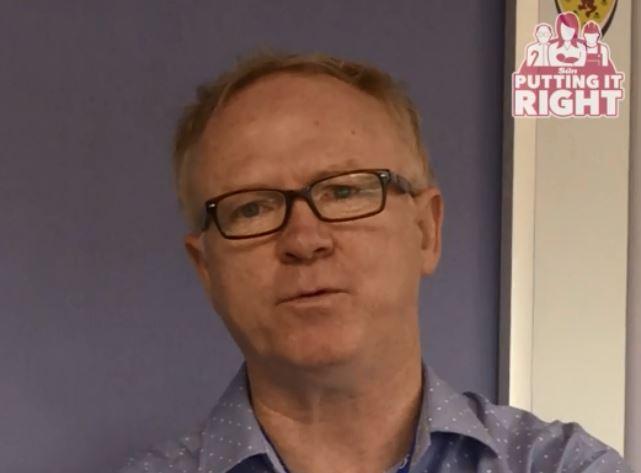 Connor, a Queen of the South and Celtic fan, said: “It was amazing. I’m a big Scotland supporter and I used to go to all their home matches so it was incredible to hear from him.

“And the lads look a million dollars. They are thrilled with their new kit and say it makes them feel like professionals. They were all desperate to put it on as soon as they received it.” 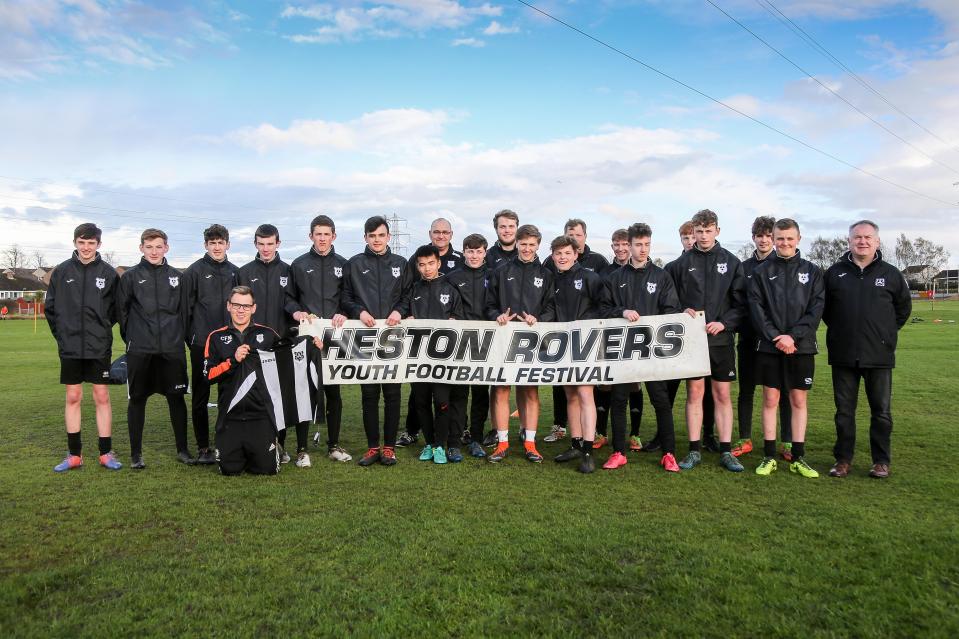 Looking forward, Connor is hopeful that the lads will progress to the senior team, and he is keen to carry on his coaching journey.

He says: “Getting back into work is my biggest goal.

"I’ve achieved my level C coaching certificate and I’d love to continue to become a professional coach, but I’ll need to see how my health is and how I could do it financially, as the training is very expensive.

“I’ve also been approached to  start coaching a new junior team next year.

“But whatever happens I’ll still be there watching the lads play every Saturday. It’s like having a whole team of little brothers.”

Now it's your turn to Put it Right

Do you know someone who either needs our help or a reward for going above and beyond?

Nominate them now by filling in the form below.

For the chance to be featured in the next instalment of our Putting it Right campaign, tell us what makes them so special to you, or your community, and what we can do to help.