A TEACHER trying to motivate his students to win a vocabulary competition jokingly threatened to "kill" their new mascot — a puppy — if they didn't succeed.

Ryan Price, of Buckingham Charter Magnet High School in Vacaville, California, was captured in a TikTok video trying to push his students to prepare. 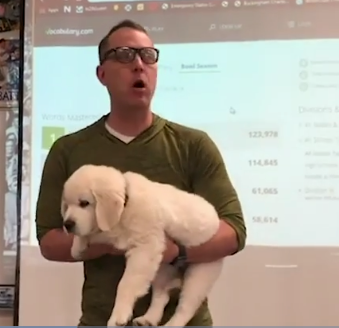 “Hey, listen up you guys! Let’s talk about the vocab bowl,” he says in the video, which was taken last Friday.

“I know we’re winning right now, but I want to expand our lead,” the teacher says.

The man says in order to “motivate” his students, he got them a mascot — a fluffy puppy — as the students cheer. 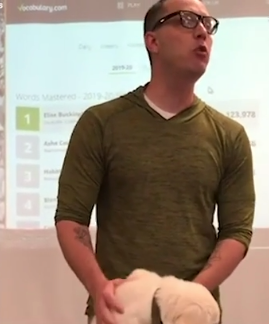 The dog is meant “to encourage you to do your bucking vocab,” he says, making a play on words.

That’s when the playful "threat" comes into play:

“If you don’t do your bucking vocab and we lose the vocab bowl, I kill the dog,” the teacher jokes.

Students in his classroom can be heard laughing. 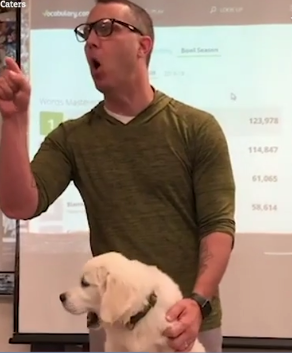 Price uploaded the video to his own TikTok account, @LarryLexicon.

His profile includes similar videos that appear to show off his fun teaching style.

In another video posted later, Price tells his students: "I'm starting to think you guys think I'm not serious about Buck the vocab dog."

"If you look up here, [the scoreboard shows we're in] fourth place today! Fourth place!" 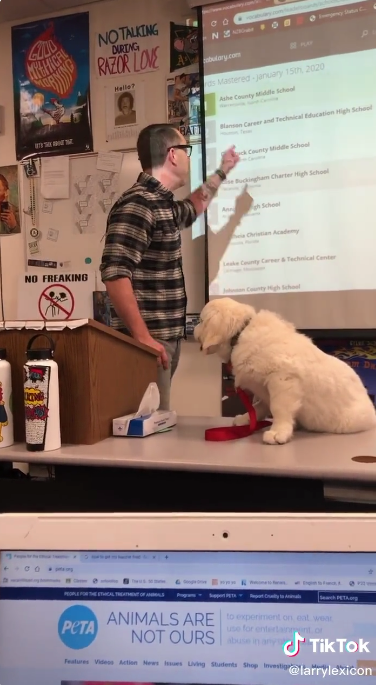 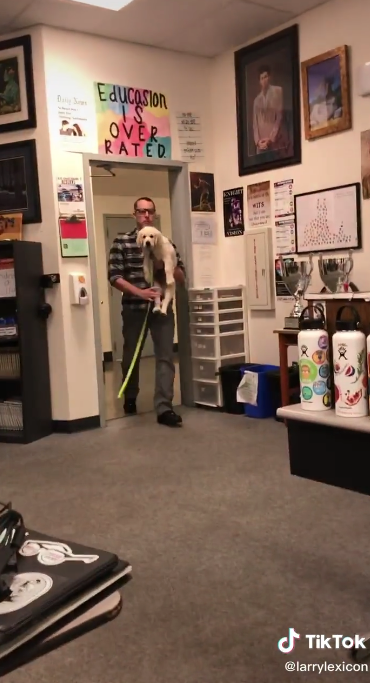 Price says "this is out of my hands at this point, you guys," as he points to the puppy.

The teacher then brings in a second puppy, which looks identical to Buck.

"This is Bo. If I lose Buck, I'm still in good shape because I have Bo. So you guys better start doing your bucking vocab!"

Price told The Sun his videos are made in jest, and it's clear his students laugh along with his humor.

"I assure you: No dogs were harmed in the making of this video, nor will they be in the future," he said. "We love our pup!"