A MOTHER-in-law interrupted her son’s wedding mid ceremony after disagreeing with the bride’s vows, the shocking moment was captured on video by the newlywed’s sister.

Sarah Ragsdale, from San Jose California, posted the unbelievable footage on TikTok that took place during her sister’s wedding a few years ago. 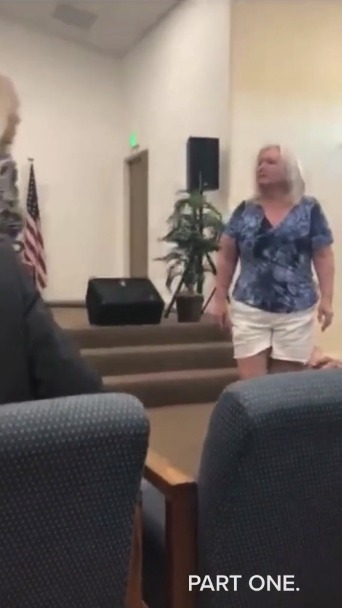 She captioned the video, “My sisters wedding a few years ago. Her MIL has always hated her. She’s just ones of those MIL’s that feel my sister is taking her son away.”

In a second video she added, “Her MIL sat there as they finished their ceremony. Went outside and waited until they went outside to take their wedding pics just to start s**t again.”

The footage starts as the bridge is seen exchanging her vows that she has written with her husband, just seconds after completing her vows her mother-in-law shouts aggressively toward the altar.

She can be heard criticizing the bride’s vows, claiming that her son had no “flaws” 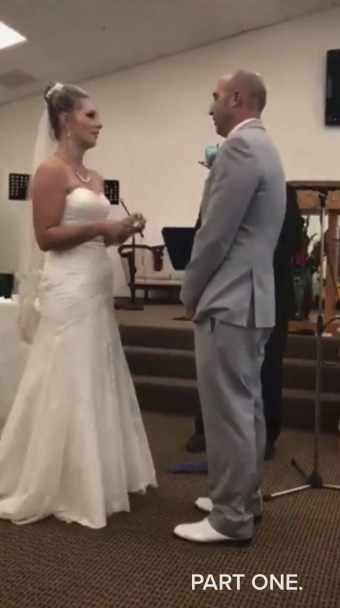 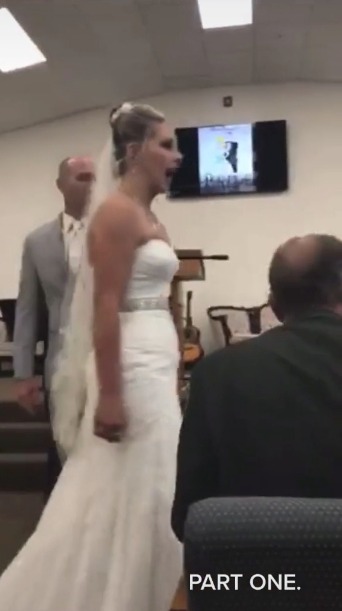 The mother-in-law, seated all the way at the far end of the front row, heckled the bride, “You’re not going to say my son has flaws.”

The bride responds, “You can leave. You’re not going to ruin my wedding.”

The angry mother-in-law fires back at the bride, “No, I don’t have to leave, that dress you’re wearing we paid for.”

The mother-in-law again yells back at the bride, “You are not going to say my son has flaws.”

The bride responds, “Everybody has flaws and that’s why I love him. You can leave, Judie. You can get out of my wedding now.”

The bitter mother-of-the-groom gets up out of her seat and refuses to leave, as she repeats that she has a right to be there because she paid for the bride’s wedding dress. 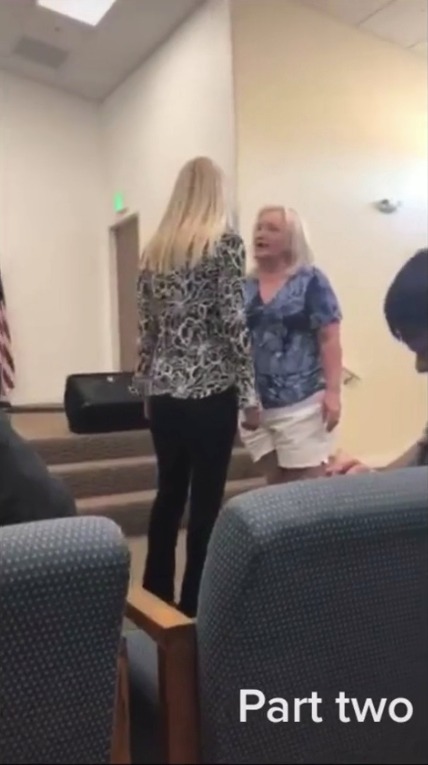 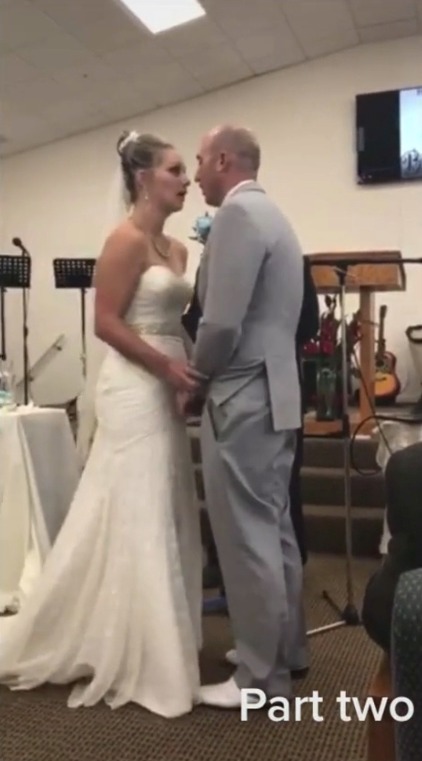 When a woman approaches the mother-in-law asking her to leave, the irate mother warns the woman that she will have them arrested.

The groom, who is stuck in the middle of the dispute, turns away from his mother staring at the ground.

He can then be heard telling his mother, “You have the flaws right now, you don’t know how to act like an adult.”

The video ends with the newlyweds holding hands close together, as two people try to calm the mother down, telling her “it’s not about you, she in love with your son, accept it.”