Across the first six Star Wars blockbusters, he was the all-powerful Jedi master who fought off Sith Lords and trained the next generation of light-saber wielding heroes.

But now, Master Yoda has turned his green hands to a different task – voicing the self-checkouts at Poundland.

Fans of the sci-fi franchise were shocked when the character’s distinctive high-pitched croaking talked them through the payment options at the budget store.

Leigh Wilson, 36, told MailOnline that he loved hearing the Jedi’s back-to-front sentences during his recent trip to the Walsall branch. 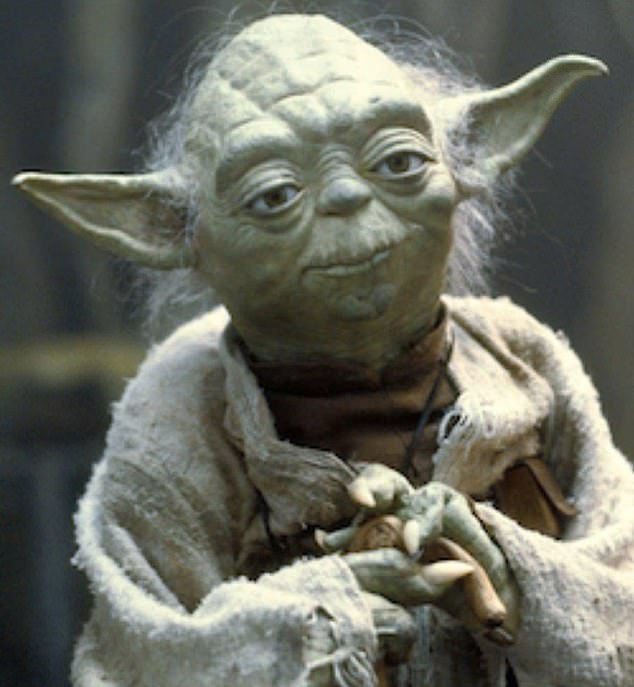 Across the first six Star Wars blockbusters, Yoda was the all-powerful Jedi master who fought off Sith Lords and trained the next generation of light-saber wielding heroes

The software developer said: ‘I thought it was a hilarious and pleasant surprise. Being a sci-fi nerd myself it was hard to avoid it bringing a smile to my face.

‘I do feel that it probably got pretty old, pretty fast for the staff that have to sit and listen to it for entire shifts at a time though!’

In a brief video shared on social media, Mr Wilson films himself at the self-checkout, which bleats out: ‘Your journey begins now, scan your first item. The power is in you.’

However, some shoppers were less impressed and questioned why the voice of Yoda had been selected to narrate the self-scan machines.

In a Facebook post to Poundland, Donna Perkins wrote: ‘So what the hell has Yoda got to do with health and beauty? Maybe cut out silly voices on the SCO’s and get them to work faster.’ 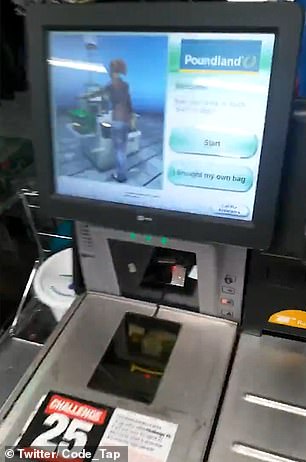 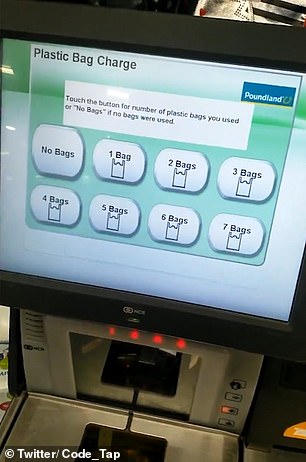 Leigh Wilson, 36, told MailOnline that he loved hearing the Jedi’s back-to-front sentences during his recent trip to the Walsall branch

And Joanne Varney tweeted: ‘Love a good look around Poundland but if they don’t take that very annoying Yoda voice off of their checkouts I wont be going back.’

Yoda, who was originally voiced by puppeteer Frank Oz, is notorious for jumbling up words in sentences.

Shoppers gleefully recalled being asked to ‘take items from bagging area, you must’ and ‘use the force, payment type you must select’.

While the social media reaction to Yoda was mixed, many questioned the decision behind the company choosing the Jedi to narrate the machines.

Poundland did not immediately respond to MailOnline’s request for comment.