Police are investigating a hit-and-run outside a mosque which left a teenage boy and a worshipper in his forties injured.

Officers in Leicester were called at around 1am this morning after reports that two people had been struck by a vehicle outside the Masjid At-Taqwa mosque.

The car failed to stop at the scene after mowing down the men, both of whom were taken to hospital. 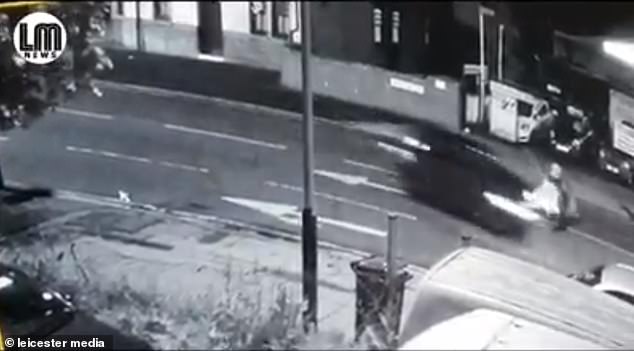 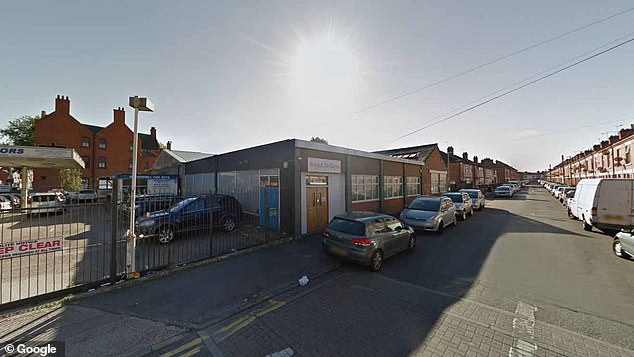 The man in his forties is said to have been left fighting for his life, but police have now said he is in a stable condition, while the boy sustained minor injuries.

Early enquiries lead officers to believe that the vehicle did not deliberately drive at the pedestrians.

Humberstone Road has been closed as its junction with Spinney Hill Road while officers remain at the scene this morning.

Police said: ‘We are in the early stages of our investigation and enquiries are continuing into the exact circumstances surrounding the incident.

‘We can confirm we are not treating this is as terrorist related and we would ask that people do not speculate while the incident remains under investigation.

‘Anyone with information is asked to contact police on 101 quoting incident 19 of 30 May.’

The Masjid At-Taqwa mosque wrote on its Facebook page:

‘Last night after Taraweeh, one of the brothers who prayed with us was the victim of a hit and run just outside the masjid.

‘He is fighting for his life, and we implore any one reading this post to ask Allah the Lord of The Worlds to grant him a full and speedy recovery, and to grant his family plentiful patience to get through this very difficult time.

‘We remind you all to be very vigilant and to take care when leaving the masjid.’ 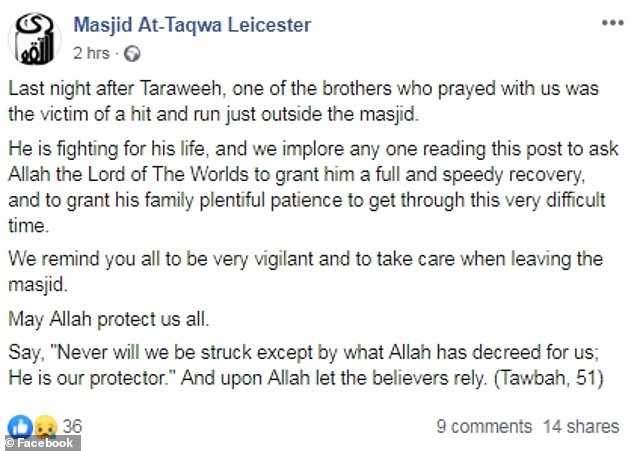