A former hitman has revealed in chilling detail how he tortured rivals to death by ‘cooking them alive’ in a documentary that lifts the lid on the brutal world of drug cartels.

The programme sees the former Royal Marine Commando and Special Boat Service veteran investigate the billion dollar cartels and meet some of the drug kingpins who rule parts of South America.

In the first episode, on tonight on Channel 4, he meets the contract killer known as ‘Wolf Boy’ who at the age of just 12, was sent into the world of assassin training camps. 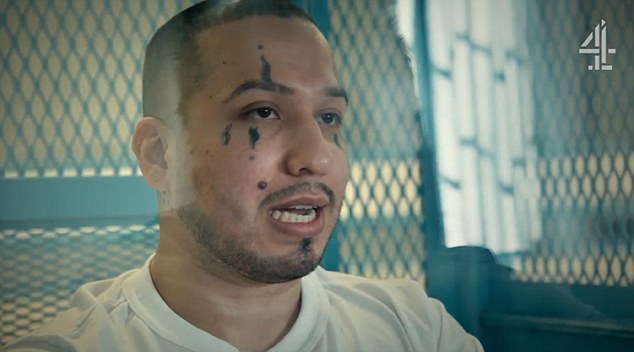 Fox meets with a former hit-man, known as Wolf boy, who at the age of just 12, was sent into the world of cartel assassin training camps 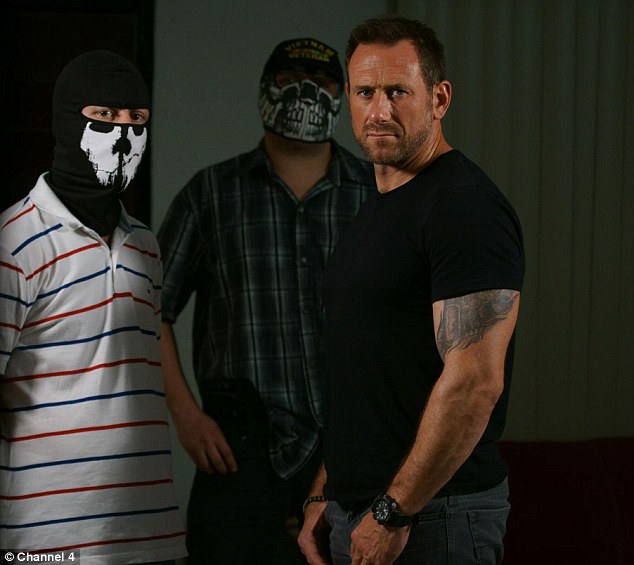 He speaks to Jason from prison after finally turning himself into police when he realised the cartel had decided to kill him.

Wolf boy tells the documentary: ‘I didn’t like that job, especially when it get so bloody.

‘I’ve done the simple stuff that everyone starts doing, pulling teeth out, cutting fingers, start cooking them alive, its stuff that will get them to talk in a certain way.

‘I didn’t enjoy it, but I tried to be the best at what I was doing. 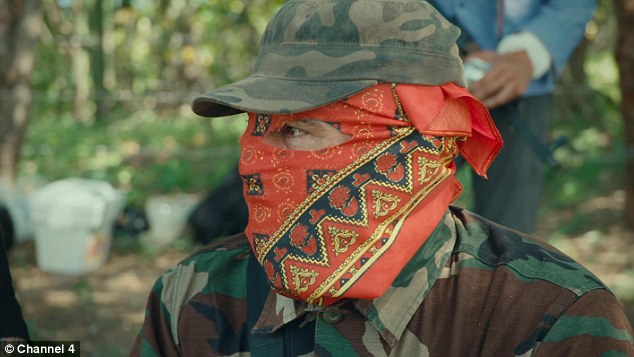 Fox speaks to one of the cartels security chiefs (pictured) a man who runs his own hundreds strong, heavily armed, army 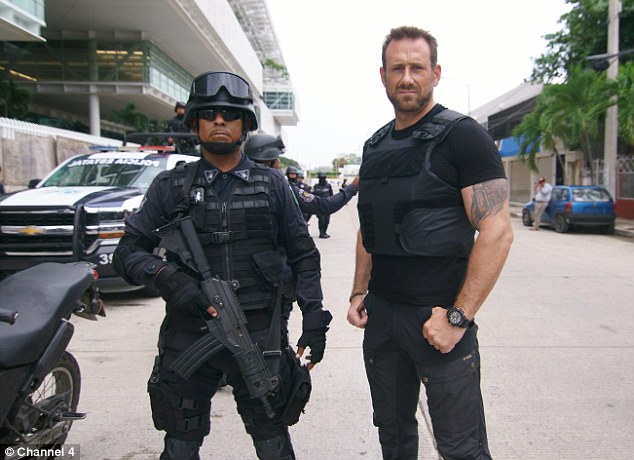 Jason joined the police in Acapulco, once a sought after tourist destination it now has the second highest murder rate in the world as rival cartels battle for control 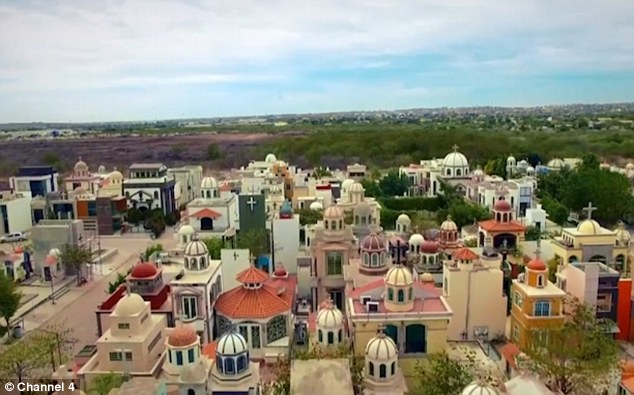 The documentary crew also visit a cemetery for the bosses of the drug cartels, which includes elaborate tombs that resemble houses and castles 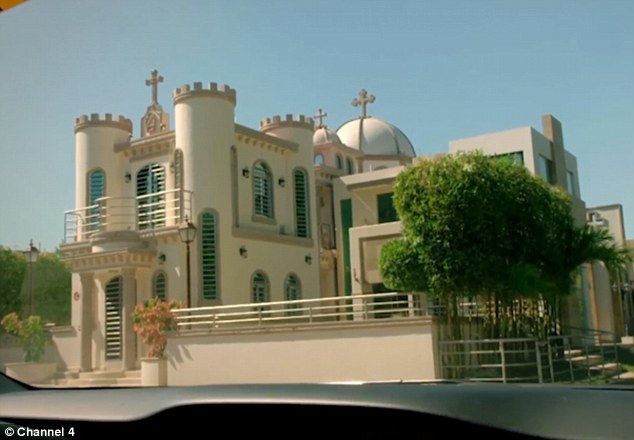 One of the memorials, which resembles a castle, with a balcony and turrets

‘If I knew what I was going to do to survive in this life, this lifestyle, this world, I had to be the best.’

The documentary first profiles Mexico, the home of the world’s most powerful drug cartels,where violence linked to the gangs has caused the death or disappearance of 200,000 people since 2006.

Fox, also star of Channel 4’s SAS Who Dares Wins, is given unprecedented access into the most formidable of them all, the Sinaloa Cartel, speaking to one of its ‘lieutenants’ who was tasked with protecting the family of it’s boss ‘El Chapo.’

The Mexican drug lord was extradited to the US in 2017.

He also visits a so called ‘graveyard’ for some of the drug bosses slain in the cartel wars, with graves surrounded by lavish tombs, that resemble small houses and castles. 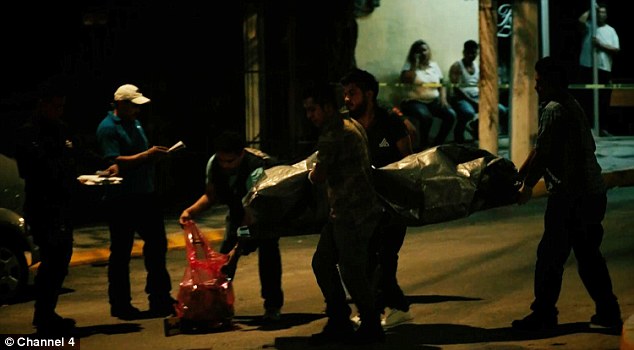 He travels to Acapulco, and while out on patrol with police he witnesses the aftermath of a a murder – with the dismembered body of a man laid out in the street as a warning to others Fox travels into the Golden Triangle, the heroin and Crystal Meth producing heartland of the Sinaloan Cartel, to meet one of the Cartel’s security chiefs (pictured with Fox) 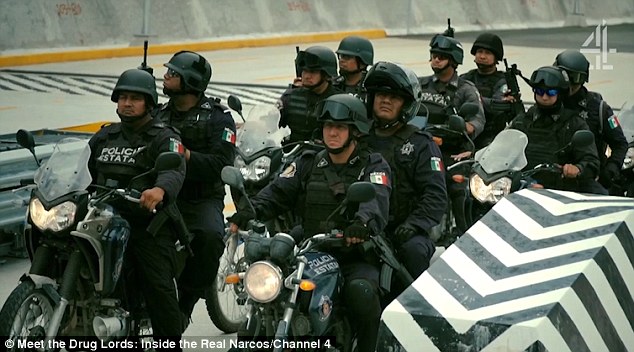 The crew also join police in Mexico on a drug raid

His guide tells him: ‘We have tombs here that are worth $700,000 US dollars, that’s a whole lot of money for just a grave, for just a tomb.

‘They have so much money they don”t know where to spend that money.’

He also travels to what is dubbed the ‘Golden Triangle’ the Heroin and Crystal Meth producing heartland of the cartel to meet a security chief who runs his own army.

Later he travels to Acapulco, and while out on patrol with police he witnesses the aftermath of a a murder – with the dismembered body of a man laid out in the street as a warning to others.

Meet the Drug Lords: Inside the Real Narcos is on tonight on Channel 4, at 9pm.