DONALD Trump has been accused of muting his microphone to hide a coughing fit as he continues battle the coronavirus.

The President was being interviewed on Fox News by Sean Hannity when he appeared to have trouble speaking before the sound was cut out. 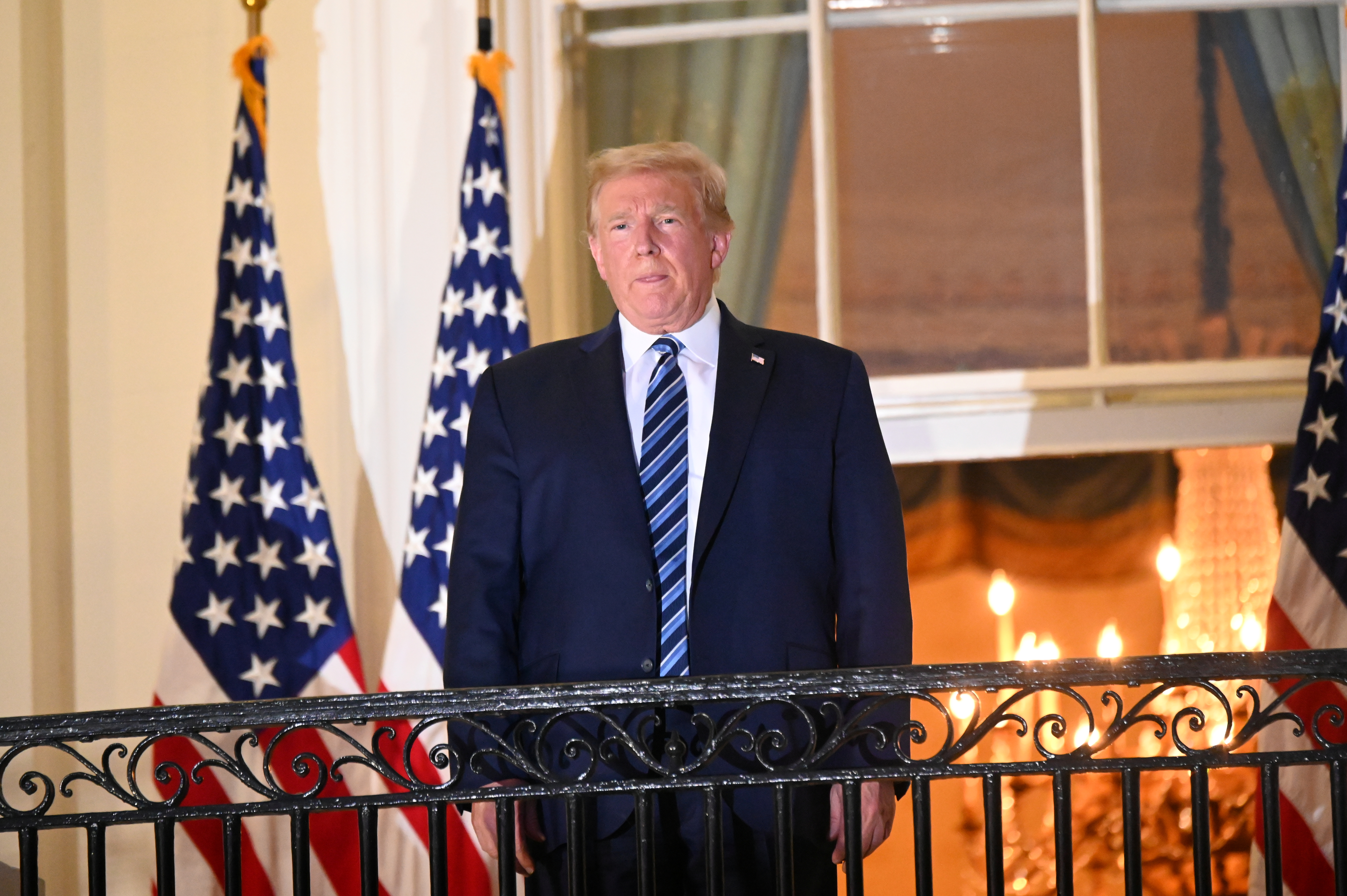 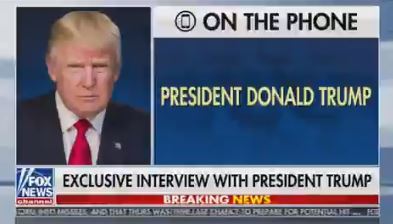 Viewers suggested the "extremely hoarse" Trump may have purposefully muted his mic so those listeners could not hear him coughing, a key symptom of Covid-19.

Trump also revealed he is planning to hold a campaign event on Saturday and dodged questions about whether he has tested negative.

White House doctors have not confirmed Trump has has been cleared of the virus, but The President has insisted on getting back to work as he returned to the Oval Office.

He was speaking to Hannity about his debate performances in 2016 after he refused to participate in a second showdown with Democrat election rival Joe Biden.

Trump said: "Last time I had a big problem, they oscillated my mics when I had the one debate. We had three debates with Hillary [Clinton] and I think the first debate."

As he continues he voice becomes noticeably more hoarse before The President finally lets out a hacking cough.

His microphone then falls silent for five seconds, and Trump then returns saying "excuse me".

The President also had trouble speaking and had to cough and clear his throat while answering a question about mail-in ballots.

Trump has boasted he is the picture of health despite his coronavirus battle, and the White House doctors have claimed he had "no symptoms".

Covid-19 has spread through West Wing like wildfire with more than a dozen top officials being diagnosed with the virus.

And The President's appearance with Hannity left listeners continuing to question whether officials are being honest about his health.

Vox journalist Aaron Rupar shared the clip which has seen been retweeted almost 4,000 times and liked more than 9,000 times.

He wrote: "Yikes. Trump's voice is extremely hoarse and at one point gave out."

Podcast host Brian Tyler Cohen wrote: "He literally had to mute the phone so he could cough in the middle of explaining how healthy he is."

MSNBC producer Kyle Griffin added: "Trump seemed to stifle a cough during his interview on Fox."

CNN White House reporter Kevin Liptak wrote: "In an interview when he repeatedly paused to cough or catch his breath, Trump says he wants to resume campaign travel in days and won’t say when he’s been tested.

"Trump has not been seen independently in person since returning from the hospital on Monday night."

Trump's security chief Crede Bailey has been left fighting for his life as questions have been asked how the outbreak could have been allowed to happen.

Independent columnist Ahmed Baba said: "Trump just cleared his throat and appeared to momentarily mute himself on Hannity after saying he wants to hold a rally on Saturday. Hiding a cough?" 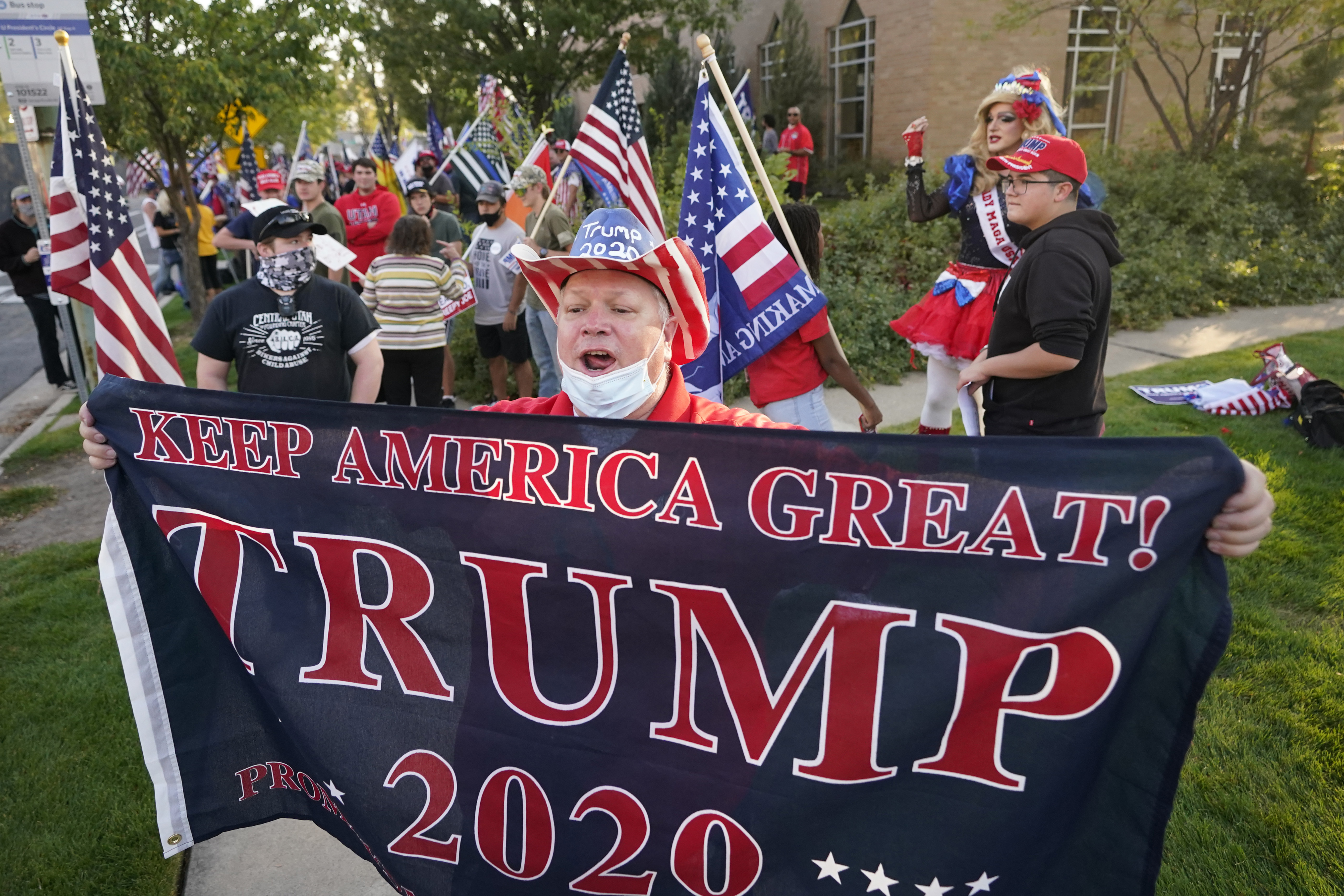 Trump has been bullish about his coronavirus diagnosis, describing it as a "blessing from God" after he was hospitalized last weekend at Walter Reed Medical Center.

Speaking to Hannity, he said: "I think I'm going to try doing a rally on Saturday night if we have enough time to put it together.

"But we want to do a rally in Florida, probably in Florida Saturday, might come back and do one in Pennsylvania the following night. I feel so good."

Trump gave credit to the Regeneron experimental drug that he claims allowed him to leave the hospital early.

"It's incredible, the kind of things we're coming up with," Trump said of the drug. "It actually made me better."

Meanwhile, House Speaker Nancy Pelosi continued to question Trump's ability to serve – and launched her latest bid to have him ousted from office.

She announced on Thursday new legislation that would allow Congress to intervene under the 25th Amendment and remove Trump from executive duties – just weeks before the election.

Pelosi said Trump must disclose more about his health following his Covid-19 positive test, citing an abrupt tweet from the president this week that halted talks on a new coronavirus package as one main reason.