Holiday warning: Taking selfies on this tourist beach could land you the death penalty

The stretch of sand next to Thai’s Phuket airport has become a popular spot for tourists to take selfies. But airport chiefs have warned that taking photos while planes take off distracts pilots and could see the offenders charged with the death sentence. The furious airport bosses have vowed to close off the section of beach amid concerns it could cause an accident.

The popular beach beneath the flight path has seen holidaygoers pose for photos as planes fly in the background before uploading the images to social media sites, such as Facebook and Instagram.

But airport chiefs claim that taking the photos risks causing an accident.

The officials have not explained why they could pose a danger, but it is believed to relate to the potential to distract pilots in the same way that drones and laser pens can.

Executives told local media that the maximum punishment for distracting pilots with such devices is the death penalty. 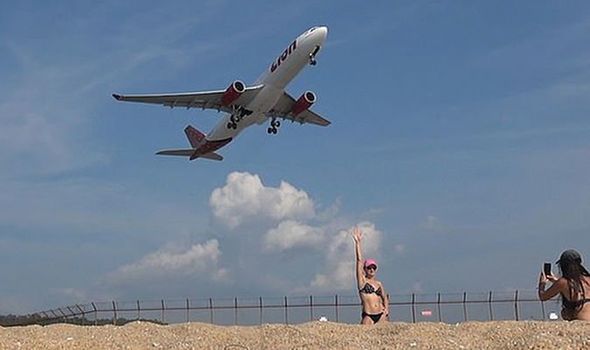 Tourists who breach the planned restricted area preventing pictures would be punished under the same law.

Wichit Kaewsaithiam, director of Phuket International Airport, said: “We want both the income from tourism and the aviation safety to co-exist.”

He said anyone found guilty of deliberately distracting the pilots could be punished under the Air Navigation Act.

Mr Kaewsaithiam told the Bangkok Post: “The maximum penalty is the death sentence.” 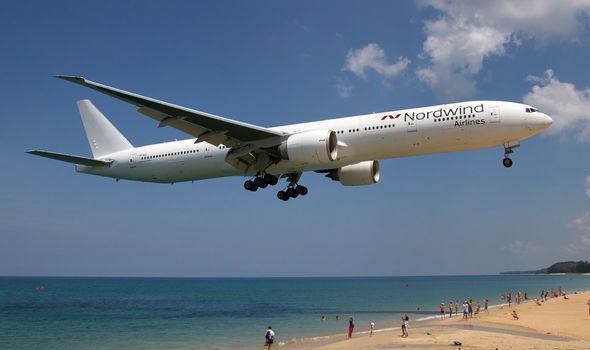 Despite the warnings, footage taken this week shows holidaymakers continued to take selfies in swimwear while planes take-off.

Vijit Keawsaitiam, the airport’s Deputy General Manager, said a “safety zone’’ was in the process of being put in place under the flight path to prevent tourists from taking pictures too close to the planes.

He said: “We are setting up a safety zone which will be categorised as a strictly prohibited area that does not allow people and tourists to take pictures.

“Aside from this area, local people and tourists can still come to take pictures as usual.” 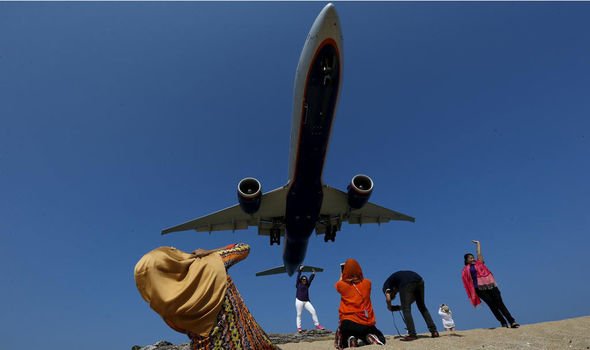 Airport bosses have also warned tourists about flying drones in the area and shining laser pens, which a report found had caused disturbances to pilots.

Monrudee Gettuphan, a director at the Phuket International Airport, previously told The Phuket News, that officials were ‘”concerned about the safety of residents and tourists” who use the area while taking selfies near the planes.

The airport official said: “People need to stay away from the restricted zone.

“We want to prevent any unknown object or material injuring people, or even their hearing being damaged by the noise of the aircraft’s engines.

“The penalty for anyone failing to comply with this regulation includes the death penalty, a life sentence, or a jail term of between five to 20 years, as per the Air Aviation Act 1978.”