Hollywood’s secrets, by the man who arranged Tinseltown’s most titillating trysts: Scotty Bowers says he spent decades setting up and sleeping with the world’s most famous people – from British Royalty to threesomes with Cary Grant and Randolph Scott

Four shirtless buff men – clad only in tight underwear – carry a penis-shaped cake through Hollywood’s legendary Chateau Marmont, the assembled guests clapping and cheering as the birthday boy grins at the candles marking his 90th celebration.

Scotty Bowers has been happily kissing his guests on the lips – both men and women – as one of them discusses ‘the Gomorrah of Hollywood’. Scotty was right at the center of that era, starting in the 1940s; he says he either slept with or set up – or both – everyone from Lana Turner and Ava Gardner to Cary Grant and Randolph Scott … even Wallis Simpson and the abdicated King of England, Edward VIII.

He secured about 150 women over 50 years for none other than Katharine Hepburn, Scotty claims, labeling her a closet lesbian whose relationship with Spencer Tracy was for show – with Scotty insisting the heartthrob married actor was also actually gay (and he had sleepovers with him, too).

It all started at a gas station on Hollywood Boulevard, and director Matt Tyrnauer lays bare Scotty’s exploits and his current lifestyle in new documentary Scotty and the Secret History of Hollywood, which premieres this month. In addition to the footage of his 90th birthday party, the film follows Scotty through various storage spaces and homes he still owns around Los Angeles, including the cluttered residence he shares with his wife of nearly 35 years, Lois.

SCROLL DOWN FOR VIDEO 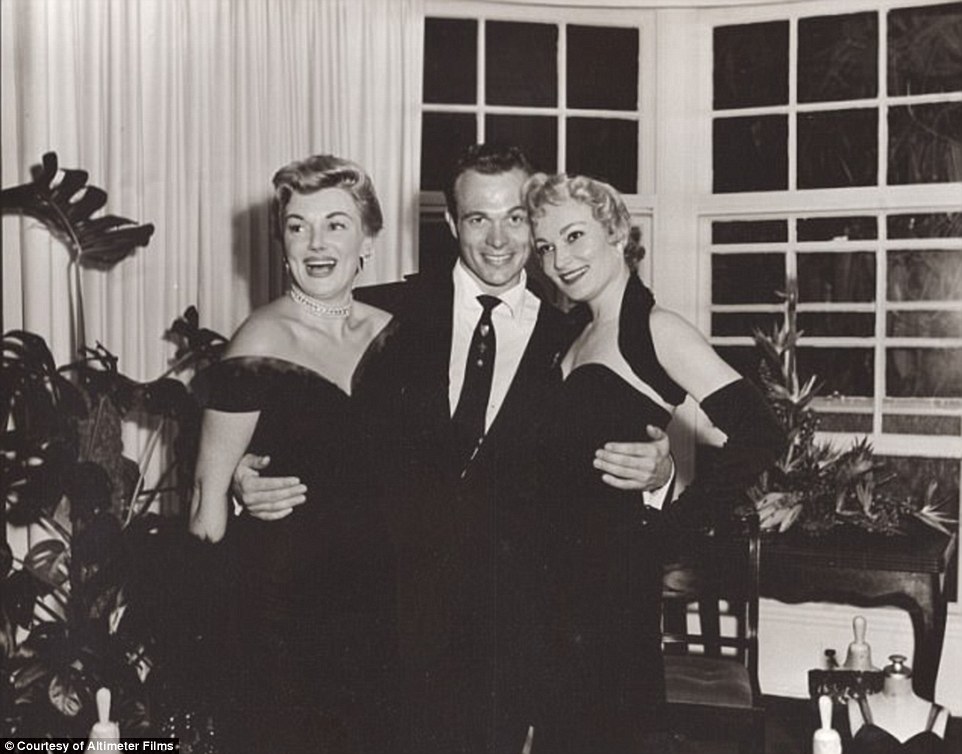 Scotty Bowers (center) started his career facilitating Hollywood hook-ups at the age of 23 in 1946, when he moved to Los Angeles after fighting in World War II. His first job in LA was at a gas station on Hollywood Boulevard, which soon became a hive of sexual activity 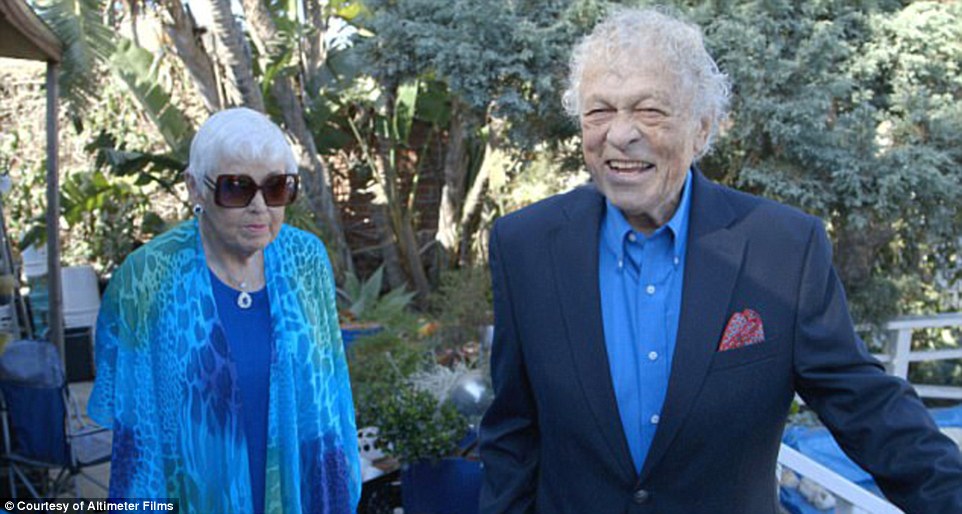 Scotty, now 95, with his wife, Lois; they’ve been married since 1984, and she says she had no idea about the extent of his social and sexual activities among the Hollywood elite when they got together. ‘I didn’t know him then,’ she says in the film. ‘I don’t know him as that person and not sure I want to – and I’m not interested in Hollywood shenanigans. I’m just not.’

Scotty, now 95, eagerly recounts memories from his heyday as a ‘trick’ and facilitator for decades in Hollywood, showing off old pictures as well as reminiscing with some of the men he recruited or socialized with. He waited until all of the most famous players had passed away, however, before sharing their stories and publishing a tell-all book in 2012, Full Service.

‘I often think back of how nice things were; I can’t think back of any bad scenes or any bad things at all,’ Scotty says in the film. ‘So many people have said the nicest and best time of their whole life was that gas station. That’s why I felt good – that I made so many people happy.’

He says: ‘When everyone was living, I would never even think, under any circumstances … no matter what anyone offered me, I wouldn’t write a book then.

‘A lot of people at the time knew who these people were and what they were so, so it’s not a secret really,’ he tells one fan at a book signing. ‘It may be a secret for some square that lives in Illinois, but people who live in Hollywood? They knew these people.’

When asked about his own sexuality, he answers: ‘I’m everything.’

‘Scotty was pre-gay,’ Stephen Fry says in the film. ‘He himself doesn’t conform very particularly; Scotty just breezes across all the fences that we erect to separate ourselves from others.’

Director Tyrnauer had heard tales for years about the dual-function gas station before he actually met Scotty, he tells DailyMail.com. It was Tyrnauer’s good friend Gore Vidal – to whom the documentary is dedicated – who eventually proved the crucial link.

‘One day he brought up the gas station, and he brought up the man behind it, Scotty Bowers,’ he says. ‘And I was astonished that Scotty was still around and that I had a personal connection to him. So at that moment, I decided this was my next film, almost sight unseen.

‘Through Gore Vidal, I met Scotty; I found out that he had finished the manuscript, which became his book … And Scotty agreed to take part in the film, and we were off to the races.’

He adds: ‘When I went to start filming Scotty, I discovered that there was a wife – and this astonishes a lot of people, that the leading male prostitute of his generation in Hollywood is married to a woman. And this just speaks to Scotty’s pansexuality.’