Cops swooped on a house after a terrified mum reported burglars trying to break-in upstairs – only to discover they were window cleaners that she had arranged.

Four officers in two patrol cars dashed to the property after a woman dialled 999 saying her teenage son had seen three men climbing up ladders.

But the crooks actually turned out to be window cleaner Vince Monte and his two colleagues working on the house in Upton-upon-Severn, Worcs.

Mr Monte said he had just completed the job when the homeowner rushed outside and accused them of leaving her child ‘petrified’. 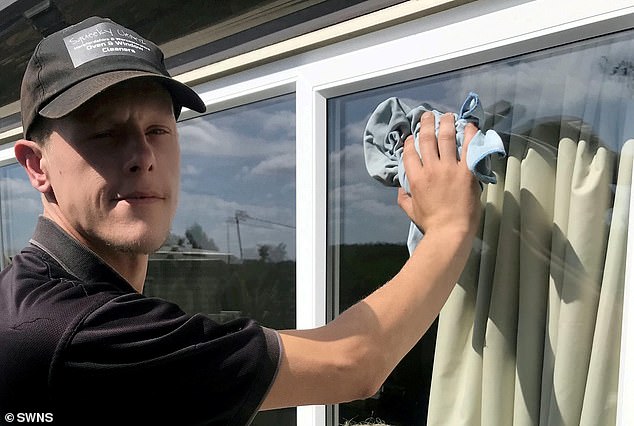 Four officers in two patrol cars dashed to the property after a woman dialled 999 saying her teenage son had seen three men – window cleaner Vince Monte and his two colleague – climbing up ladders.

Mr Monte, 30, said it was a ‘complete waste’ of police time as they spent 45 minutes doing background checks on him and his employees.

Police also ordered Mr Monte, who runs Squeeky Cleanz, to show them messages between him and the homeowner confirming the cleaning job.

He says officers told him they had to carry out the checks themselves due to low staffing at the control room. 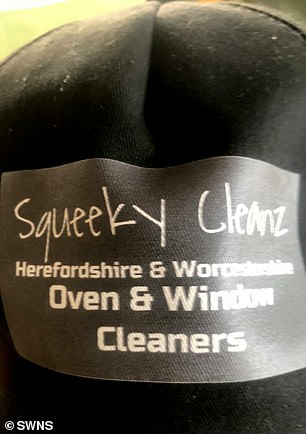 Mr Monte, 30, who runs Squeeky Cleanz, said it was a ‘complete waste’ of police time as they spent 45 minutes doing background checks on him and his employees

Mr Monte said he had rang the doorbell and knocked on the door after arriving at 11am on August 21 – but there was no answer.

He said he could see there was a young boy in the house but started cleaning the windows believing the homeowner would return before they had finished.

Mr Monte, from Bromyard, Herefordshire, said: ‘This was all down to the customer not having the decency to check who was in her garden before calling the police.

‘With the government the way it is, and lack of police force, is this really what we need?

‘If you book a window cleaner they will come, it’s not really rocket science.

‘Safe to say we won’t be going back to that customer after she blamed myself for her being a nuisance to the police. Just think before wasting time.

‘There was somebody in the house, so we rang the bell, one of those that’s connected to the phone, and I banged on the door a couple of times. There was no answer, but someone was in there.

‘It’s quite normal they don’t answer the door, but that’s their prerogative.. I always give the door a knock, out of courtesy.

‘[The homeowner] came bouncing out, shouting, saying her son was petrified.

‘I saw the child through the window, and he was fine, but by the time I’d finished he was apparently petrified. 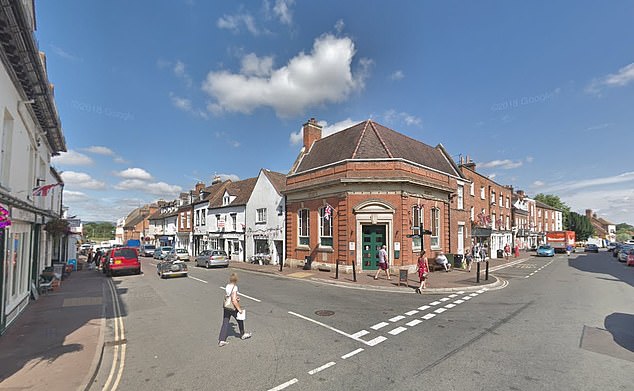 Mr Monte said he had rang the doorbell and knocked on the door after arriving around midday on August 21 a the house in Upton-upon-Severn, Worcestershire, but did not receive an answer

‘She called the police, she was probably embarrassed.

‘Instead of saying thank you for cleaning the windows, she said she wouldn’t pay and told me to eff off – all while the police were standing there.

‘[The police] had to clear up that she was happy we weren’t burgling and then came to speak to us to check we weren’t wanted for anything and to carry out card checks.’

Mr Monte said it wasn’t the first time a homeowner had called police.

He said three years ago a different woman had organised for him to clean the windows but hadn’t told her husband, who spotted him on CCTV while at work and called the police.

He added: ‘Please just check before wasting our time and the police’s time.

‘It’s a lot of resources wasted because of all the checks that have to be done and the loss of income for us.’