Homeowners were left shocked when their parked car ploughed through their living room following a hit-and-run crash.

Firefighters scrambled to the scene in Northfield, Birmingham, at around 3am on Saturday after a vehicle crashed into a parked Nissan Juke outside the address and sent it crashing into the home.

No one was hurt inside the property but the driver fled the scene before police arrived.

Today images showed the white car embedded in the wall of the house just inches away from a sofa.

The parked Nissan Juke was sent crashing into the home Northfiled, Birmingham at around 3am on Saturday 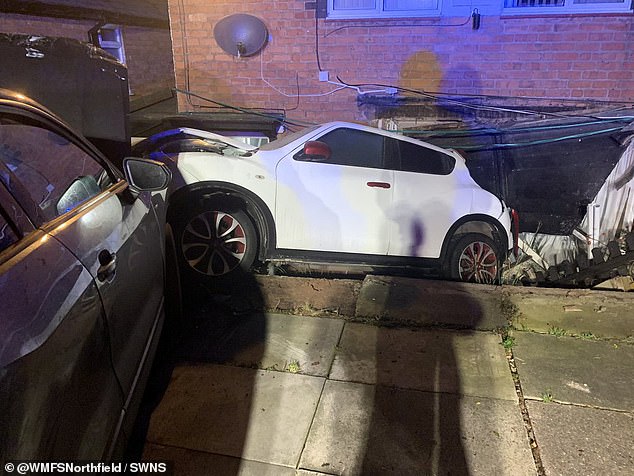 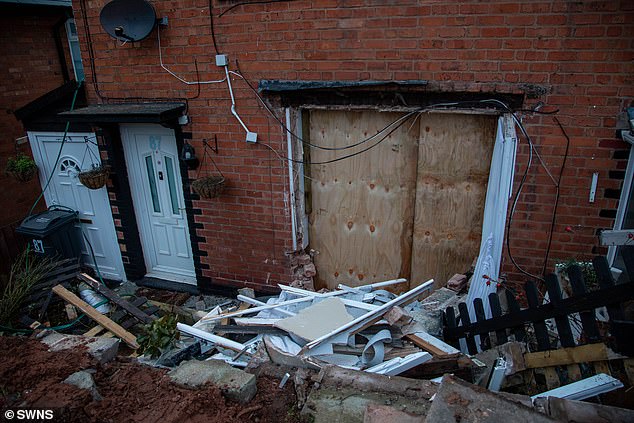 A West Midlands Police spokeswoman said: ‘We were called at 3am this morning to reports a car had collided with another car that had crashed into the side of a house.

‘The occupants of the house were not hurt and there is not believed to be any structural damage to the house.

‘Enquiries are ongoing to trace the driver of the car who left before emergency services attended the scene.’

A structural engineer assessed the house and has since confirmed the building is structurally sound.

A West Midlands Fire Service spokesperson said: ‘Green watch crews were called to car that had hit parked car at 3am, outside a house in Northfield.

‘The collision caused the resident’s car to smash through their bay window. The occupants of the other vehicle fled the scene. Police are investigating.’ 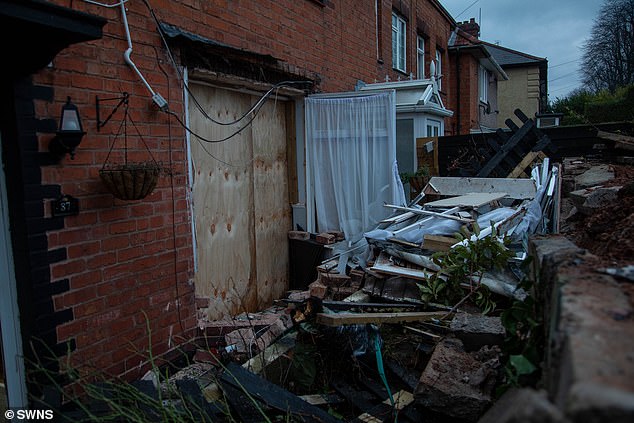 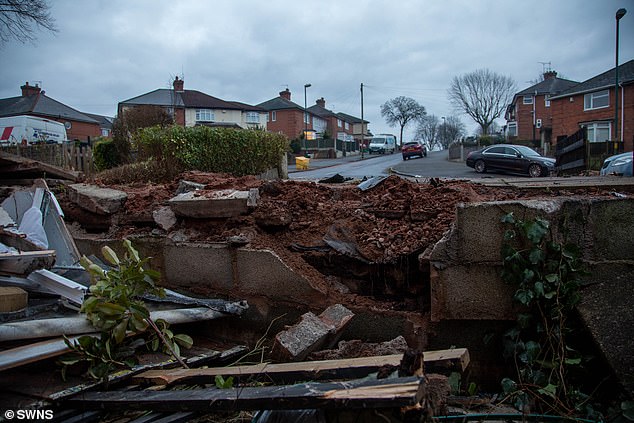 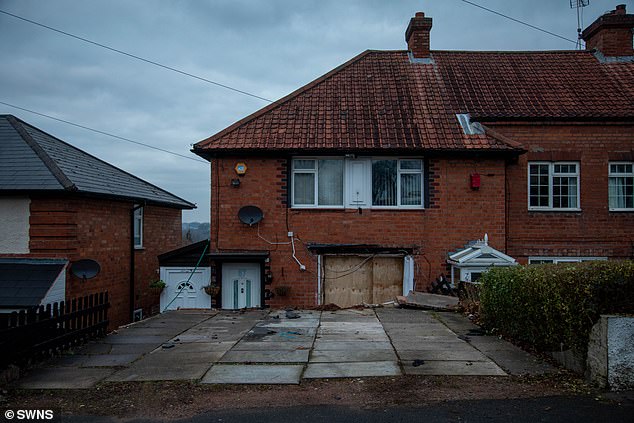