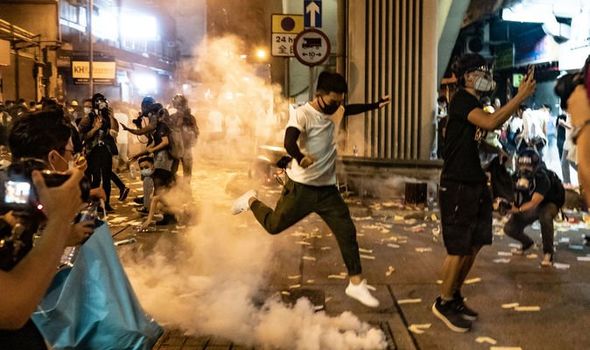 Liu Xiaoming angrily rejected Britain’s calls for calm in Hong Kong amid clashes between activists and police and warned the protestors would not be allowed to drag Hong Kong into a “dangerous abyss”. He told a press conference in London there must be justice “no matter who they are and however they hard they try and whitewash their actions”.

Mr Liu said: “If anyone in this country questions this point let me ask them this, would the UK allow extremists to storm the Palace of Westminster and damage its facilities and get away with it?

“Would the UK give permission for attacking police officers with lethal weapons or set fire to police stations without any punishment?

“Would the UK allow so-called pro-democracy rioters to occupy the airport, obstruct traffic, disturb social order or threaten the safety and people’s life and property?

“Aren’t all these regarded as crimes in the UK?” 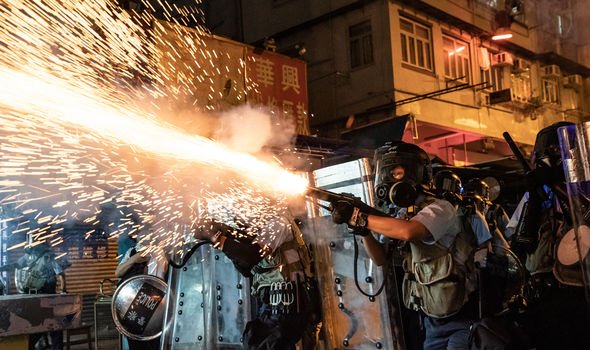 Mr Liu warned unnamed “foreign forces” against interfering in the situation and said: “I want to reiterate here that Hong Kong is part of China.”

“Evidence shows that the situation in Hong Kong would not have deteriorated so much if it had not been for the interference and incitement of foreign forces.

“Some Western politicians and organisations have publicly given various types of support to violent radicals and tried to interfere in the judicial independence of Hong Kong and obstruct Hong Kong’s police from bringing the violent offenders to justice. 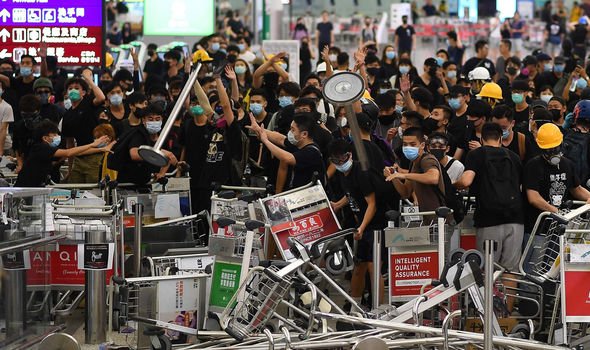 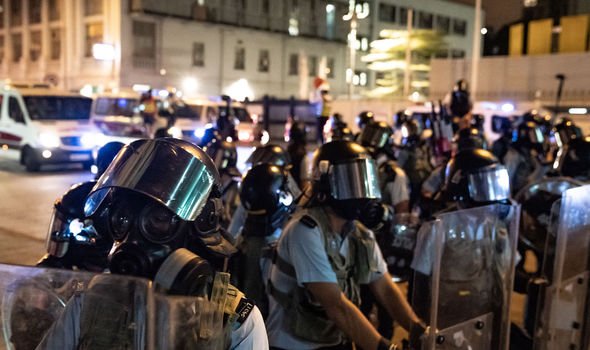 “I want to reiterate here that Hong Kong is part of China, no foreign country should interfere with Hong Kong’s internal affairs.

Mr Liu warned the UK against “saying or doing anything that interferes” in the nation’s affairs or rule of law.

He said: ”I sincerely hope that people from all walks of life in the UK will have a clear understanding of a big picture, act in the interests of Hong Kong’s prosperity and stability and refrain from saying or doing anything that interferes in Hong Kong’s affairs or undermines the rule of law in Hong Kong.”