A Chinese flag was burned and pepper spray fired as clashes between protesters and police in Hong Kong continued for a 16th week.

The latest march was smaller than on previous weekends, with several thousand estimated to have demonstrated in the outlying Tuen Mun district close to a key road bridge to mainland China.

Protesters dressed in black and carrying umbrellas chanted “Reclaim Hong Kong!” and “Revolution of our times!” – with riot squads firing tear gas in an effort to disperse them. 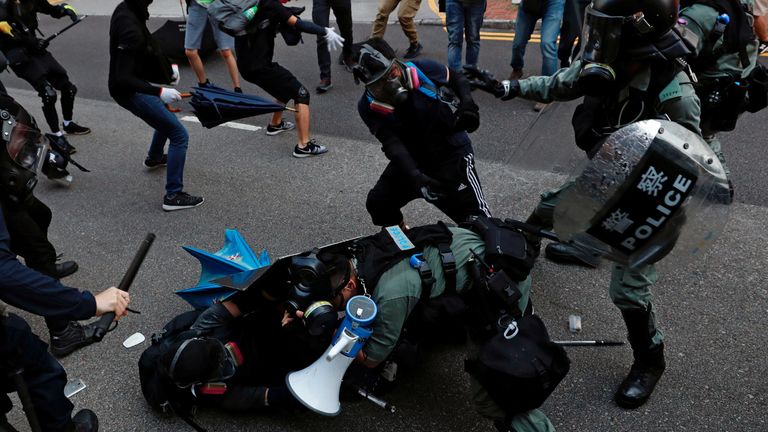 Elsewhere, scuffles were reported as government supporters responded to a call by a pro-Beijing legislator to tear down items posted on the protest movement’s “Lennon walls” at subway stations.

Thousands of posters, pictures and notes have been put up in locations around the city in support of those calling for the resignation of Hong Kong’s chief executive Carrie Lam, as well as an independent investigation into complaints of police violence at earlier demonstrations. 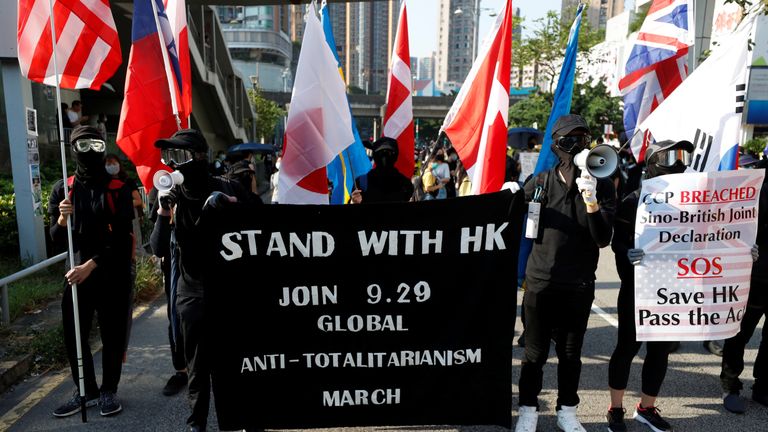 A woman who was tearing down posters threw a bag at a reporter and a man shoved a cameraman in the Tsuen Wan neighbourhood, RTHK reported – and there were reports of pushing and shoving in other districts.

Demonstrations have taken place every weekend since June, after they erupted in protest at proposals for a bill which would have allowed people to be extradited to mainland China.

Ms Lam has agreed to withdraw the extradition bill, but protesters want the government to go further.

The protests have begun to affect Hong Kong’s economy and the city’s airport has said passenger traffic fell in August.

China will be sensitive to the latest protests as they come days before the ruling Communist Party celebrates its 70th anniversary in power.