HONG KONG (Reuters) – The Hong Kong government said on Tuesday it deeply regrets the involvement of civil servants in protests that have plunged the Chinese-ruled city into its biggest crisis in decades as activists plan fresh demonstrations across the territory. 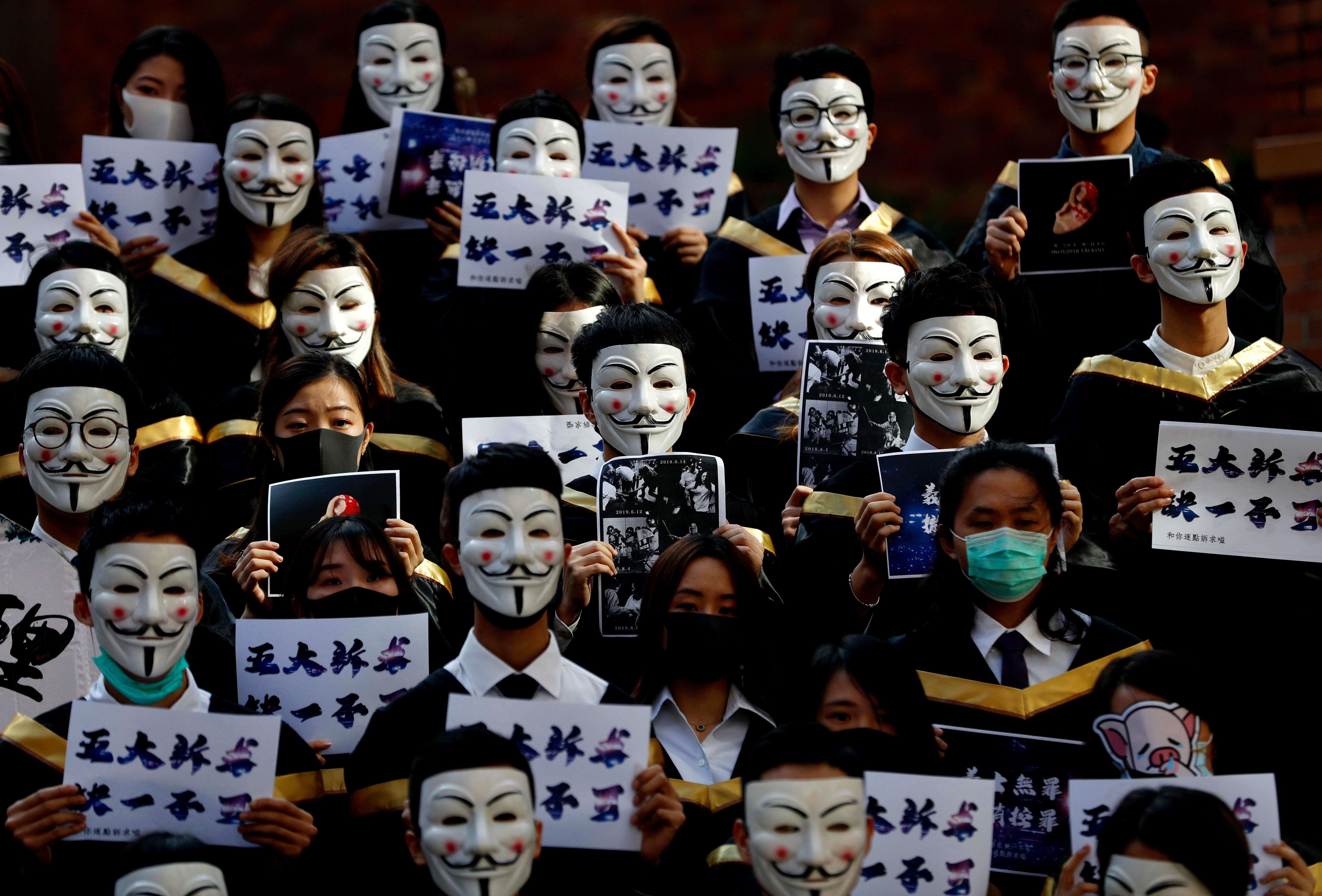 The demonstrations began over a since-scrapped extradition bill and escalated in mid-June. Protesters have kept up their calls for universal suffrage and an independent inquiry into police behavior, among other demands.

The protests, which pose a grave challenge to Chinese leader Xi Jinping, have received broad support from Hong Kong people, including some civil servants – one of whom was arrested on Oct. 31 for illegal assembly – teachers and financial sector workers who have at times taken to the streets.

“In the past few months, a very small portion of the civil servants have broken the law, participating in illegal protests. We deeply regret that,” Cheung said.

“I think citizens have expectations to our colleagues. Their first job is to serve society, serve the community. And to support government policies, that is the responsibility of the civil servants.”

In August, thousands of civil servants defied a government warning to remain politically neutral and joined a rally, while embattled leader Carrie Lam said in September she regretted the arrest of some civil servants during protests.

While the number of people who take part in the mostly weekend rallies has dwindled from the millions who participated in June, the violence and vandalism have escalated. Authorities have refused permits for many recent protests, making them illegal from the outset and activists liable to be arrested.

Cheung said his administration would cherish and safeguard freedom of the press amid mounting criticism of what many see as excessive police force, including against the media.

Officers have said they have shown restraint in the face of escalating violence. Police canceled a planned news conference on Monday after several journalists from the public broadcaster and other local media turned up wearing helmets with signs that read “investigate police brutality”.

Cheung is standing in for beleaguered Lam, who is visiting mainland China, where President Xi Jinping said on Monday the central government had a high degree of confidence in her.

Protesters have circulated plans on social media to mark Guy Fawkes Day on Tuesday by wearing the white, smiling Guy Fawkes masks made popular by anti-establishment hackers, the film “V for Vendetta” and protesters globally.

The demonstrations have battered the retail and tourism sectors, with preliminary government data showing the economy slid into recession for the first time in a decade in the third quarter.

An IHS Markit survey published on Tuesday showed business activity in Hong Kong’s private sector fell to its weakest in 21 years in October, weighed down by anti-government protests and softening global demand.