Police in Hong Kong have used pepper spray to disperse protesters embroiled in violence outside the territory’s parliament building.

They were part of an earlier demonstration on Sunday calling for authorities to block a controversial extradition bill that is feared could be used by China to make critics “disappear”.

The bill, if passed into law, will allow suspected criminals in the territory to be sent to the mainland to face trial. 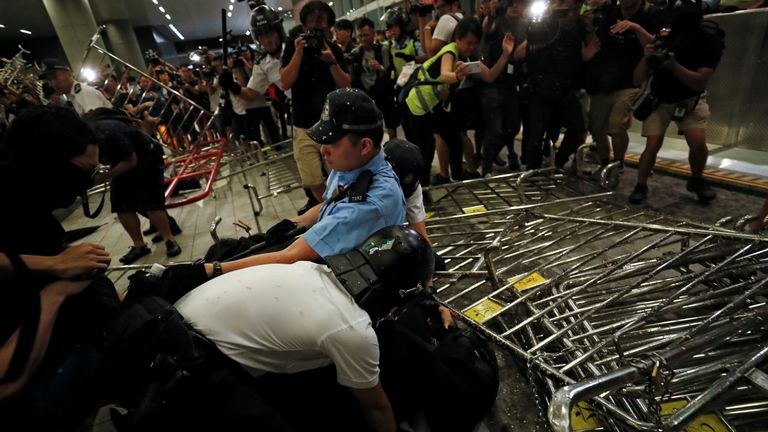 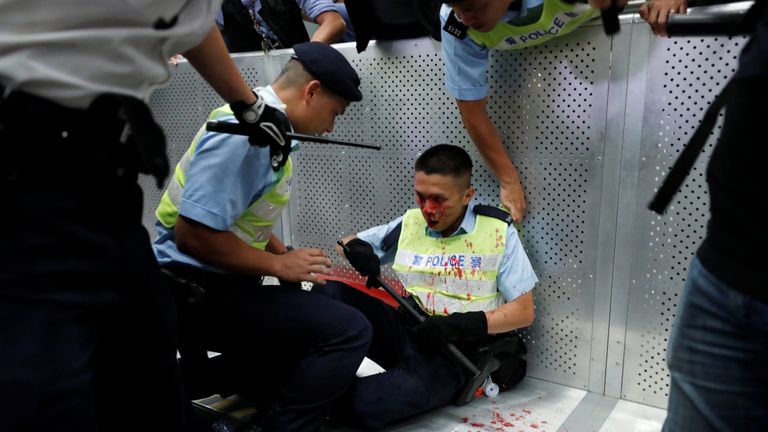 Hundreds of thousands of people took part in the protest, which was mostly peaceful.

But violence erupted late on Sunday evening outside parliament as protesters tried to break past police to enter the Legislative Council building.

Pictures from the scene showed police using pepper spray, and a bloodied officer resting on the ground. 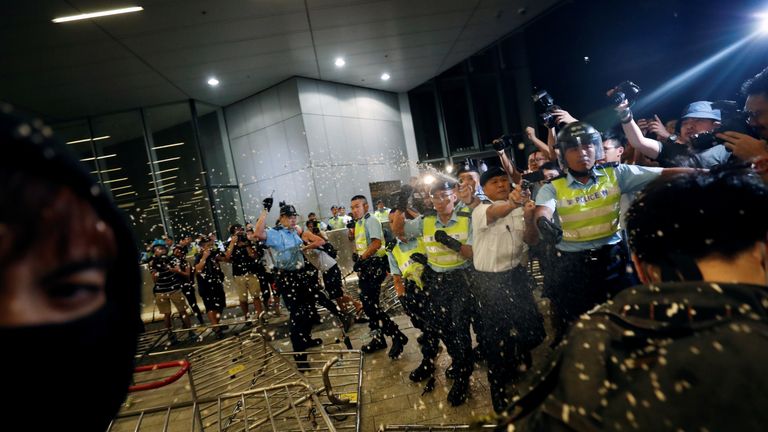 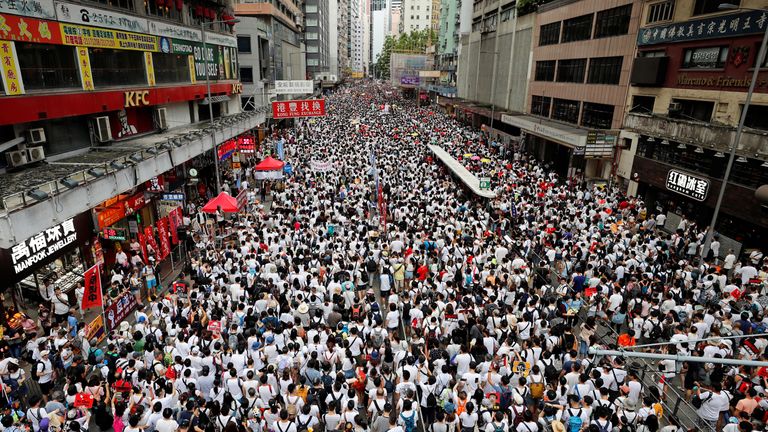 Earlier in the day, demonstrators of all ages and backgrounds chanted “no China extradition, no evil law” during the march, while some also demanded the resignation of Hong Kong’s chief executive Carrie Lam.

Ms Lam has made minor changes to the bill, which could become law by the end of June, but has refused to scrap it arguing it is needed to plug a long-standing “loophole”.

Teacher Garry Chiu, who was at the protest with his wife and one-year-old daughter, said: “It is no longer about me. I need to save my daughter.

“If the law is implemented anyone can disappear from Hong Kong.

“No one will get justice in China. We know there is no human rights.” Kelvin Tam, a student in London, said: “It will remove the firewall of Hong Kong judicial independence.”

Police have detained a number of protesters.

The former British colony was handed back to Chinese rule in 1997 with guarantees of autonomy and freedoms, including a separate legal system.

Opponents have challenged the fairness and transparency of the Chinese justice system and worry about security forces fabricating trumped up charges. 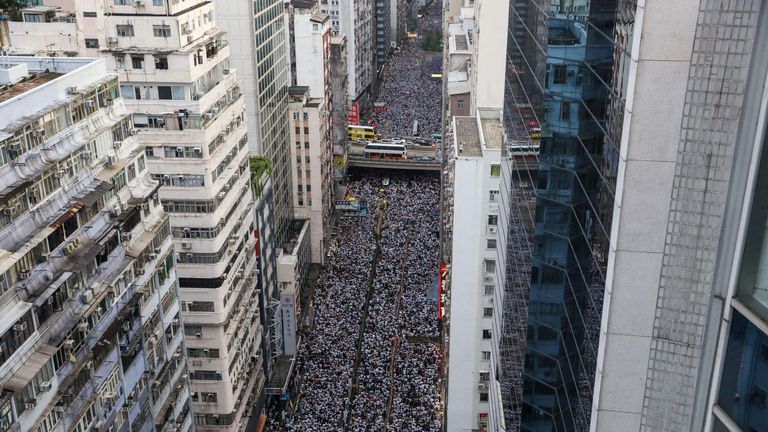 Several senior Hong Kong judges have also raised concerns about the changes, highlighting a lack of trust in the mainland courts as well as the limited nature of extradition hearings.

Human rights groups have repeatedly expressed anxiety about the use of torture, arbitrary detentions, forced confessions and problems accessing lawyers in China.

Hong Kong officials have defended the plan arguing there are adequate safeguards and insisting no one would be extradited if they face political or religious persecution or torture, or the death penalty.

“We continue to listen to a wide cross-section of views and opinions and remain to open to suggestions on ways to improve the new regime,” a government official said.