HONG KONG (Reuters) – Twelve people from Hong Kong arrested as they reportedly sailed to Taiwan for political asylum will “have to be dealt with” by mainland China, but the city government would try to provide assistance, Chief Executive Carrie Lam said on Tuesday. 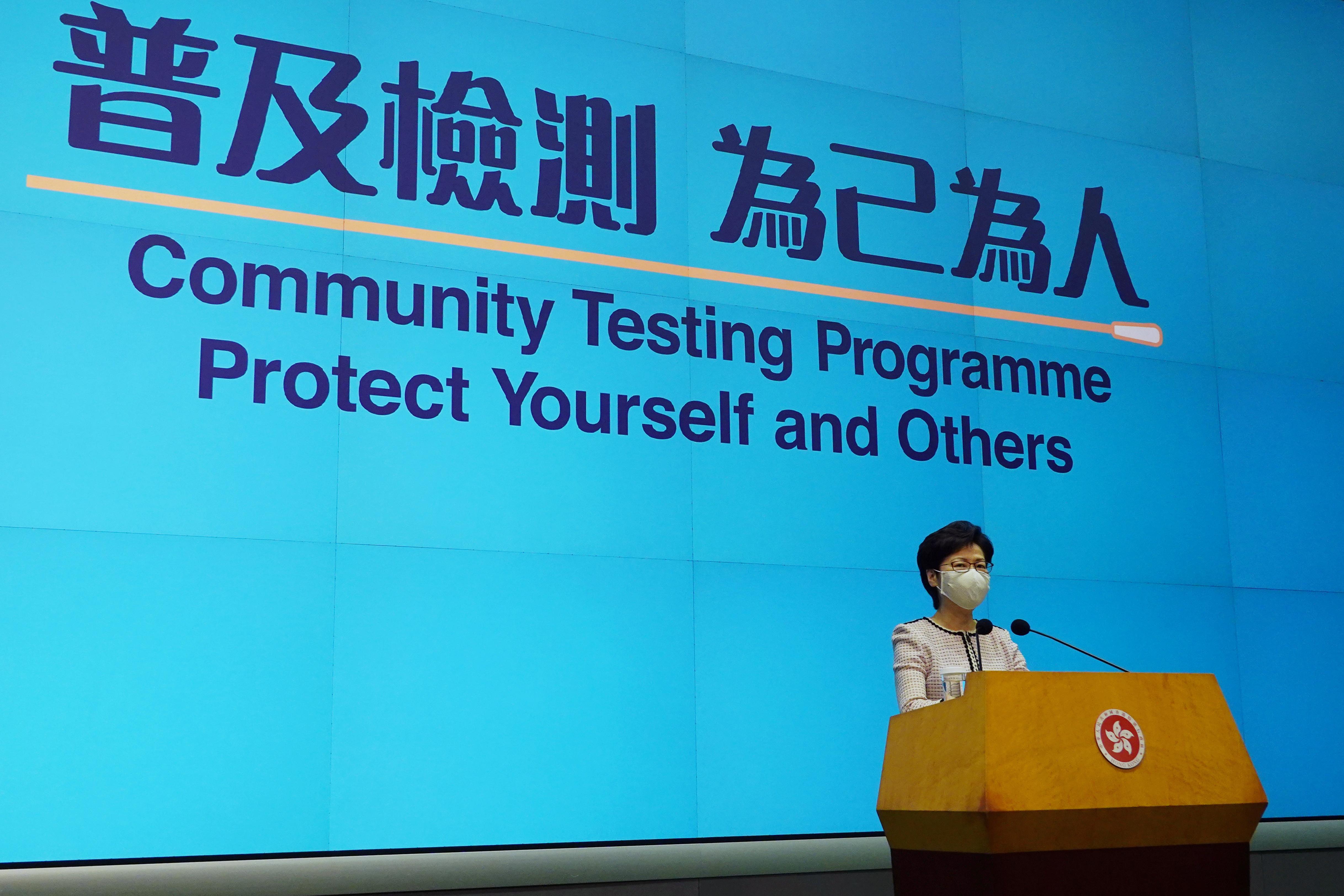 Chinese authorities arrested the 12 people on Aug. 23 after intercepting a boat off the coast of the southern mainland province of Guangdong. Local media have reported they were headed to Taiwan to apply for political asylum.

“The question is not a question of simply getting (them) back,” Lam told a regular weekly press conference.

“If these Hong Kong residents were arrested for breaching mainland offences then they have to be dealt with according to the mainland laws and in accordance to the jurisdiction before any other things could happen.”

Lam added that her government had “a duty to render assistance” to Hong Kong residents “caught in all sorts of situations” abroad and the government’s representative office in Guangzhou, Guangdong’s capital, will look into ways to provide that assistance and liaise with mainland authorities.

News agency AFP reported on Monday lawyers representing some of those captured have been denied access to their clients. Lam did not address that particular aspect when asked.

Neither mainland nor Hong Kong authorities have publicly confirmed who has been arrested, but local media have identified some of them as facing prosecution for involvement in pro-democracy protests last year.

One man, Andy Li, was recently arrested under a sweeping national security law imposed by Beijing on the semiautonomous Asian financial hub on June 30. Another is a dual national with Hong Kong and Portuguese citizenship.

The Guangdong Coast Guard, which announced the arrests on its social media platform late on Aug. 26, said two of the detained were surnamed Li and Tang, without providing further details.

It is not clear what charges they face, beyond potentially illegal border crossing.

Lam also reiterated a remark made last week which stoked further worries that Hong Kong had taken a more authoritarian turn, saying the city had no separation of powers, and that its executive, legislative and judicial powers were derived from Beijing.