HONG KONG (Reuters) – Thousands of Hong Kong university and school students boycotted class and rallied peacefully for democracy on Monday, the latest acts of defiance in an anti-government movement that has plunged the Chinese-ruled city into crisis.

The boycott followed a weekend marred by some of the worst violence since unrest escalated more than three months ago, with protesters burning barricades and throwing petrol bombs, and police retaliating with water cannon, tear gas and batons.

Tension remained high, with several brief skirmishes around the territory after night fell. Police fired tear gas to clear protesters in the densely populated Mongkok region of the Kowloon peninsula.

Thousands of students gathered earlier on the hilltop campus of Chinese University under leaden skies, taking turns to make speeches from a stage with a black backdrop embossed with “Students in Unity Boycott for our City”.

They are seeking greater democracy for the former British colony which returned to China in 1997 under a “one country, two systems” formula that guarantees wide-ranging autonomy, including the right to protest and an independent judiciary.

They fear those freedoms are being slowly eroded by Communist Party rulers in Beijing, a charge China denies.

“I come here just to tell others that even after summer holidays end we are not back to our normal life, we should continue to fight for Hong Kong,” said one 19-year-old student who asked to be identified as just Chan.

On the first day of the new school year, secondary students were seen singing, chanting and forming human chains, some wearing hard hats and masks.

China accuses Western countries of egging on the protests. It says Hong Kong is its own internal affair.

As for Lam, she said last week she had caused “unforgivable havoc” by igniting the crisis and would quit if she had a choice. 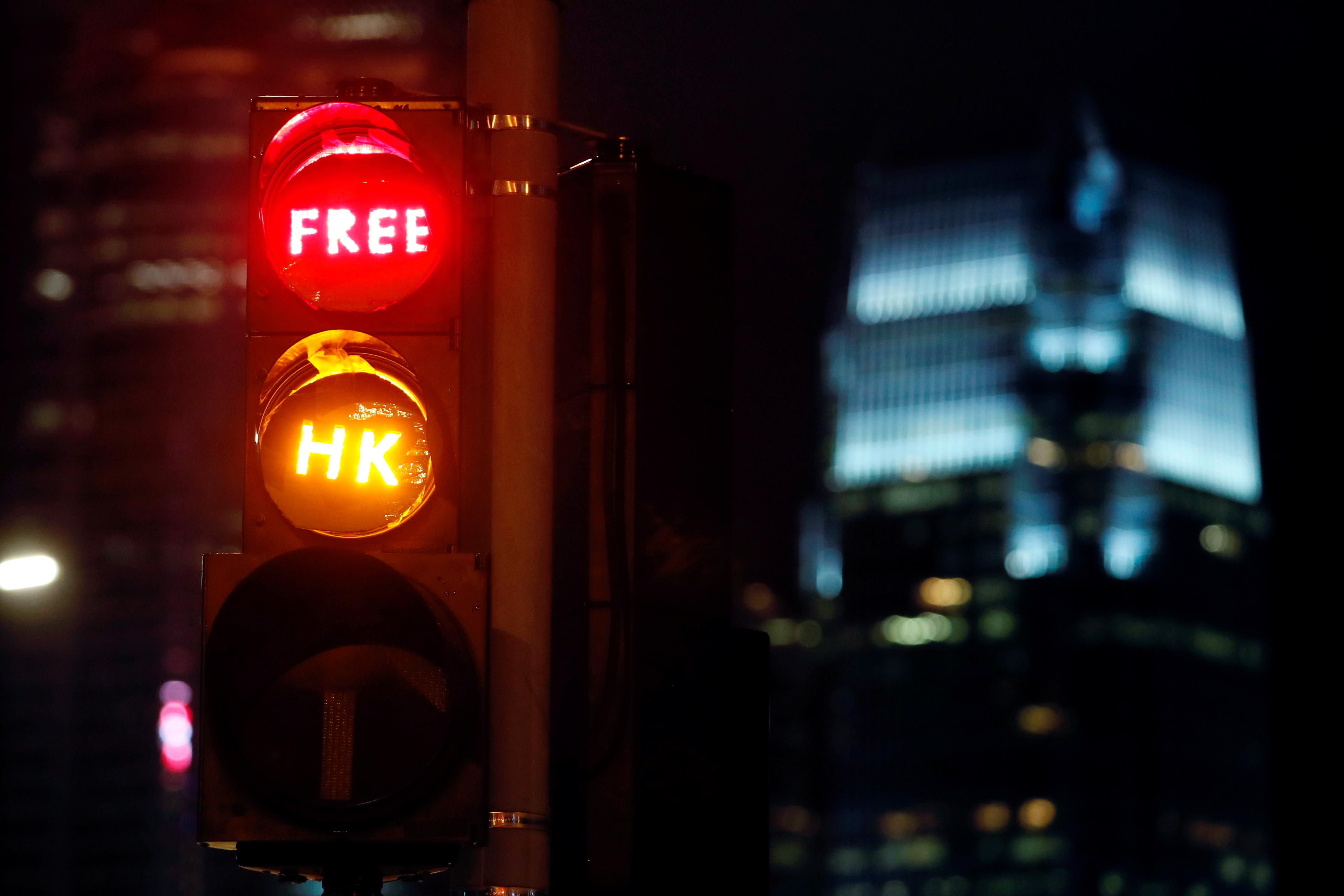 Students have turned out in significant numbers at recent rallies and were also prominent during the 2014 pro-democracy “Umbrella” movement that foreshadowed the current unrest.

“It’s very different from what happened back then. People are more mad now,” said Summer, a 20-year-old student who gave only his first name.

The vice-chairman of the Demosisto pro-democracy movement, Isaac Cheng, was assaulted by three unidentified men on Monday and taken to hospital, the group said in a statement. The group’s leader, Joshua Wong, was one of the prominent leaders of the 2014 struggle.

Thousands of protesters blocked roads and public transport links to Hong Kong airport on Sunday. Some then targeted the MTR subway station in nearby Tung Chung, ripping out turnstiles and smashing CCTV cameras, glass panels and lamps with metal poles. Police made several arrests.

Lam, a lightning rod for protesters’ anger, said on her Facebook page on Monday that 10 subway stations had been damaged by “violent offenders” over the weekend.

John Lee, government secretary for security, told media that nearly 100 petrol bombs were thrown in various locations on Saturday with two found on a 13-year-old boy who was arrested inside an MTR station.

The unrest began over a now-suspended extradition bill that would have allowed people in the city to be sent to China for trial in courts controlled by the party. 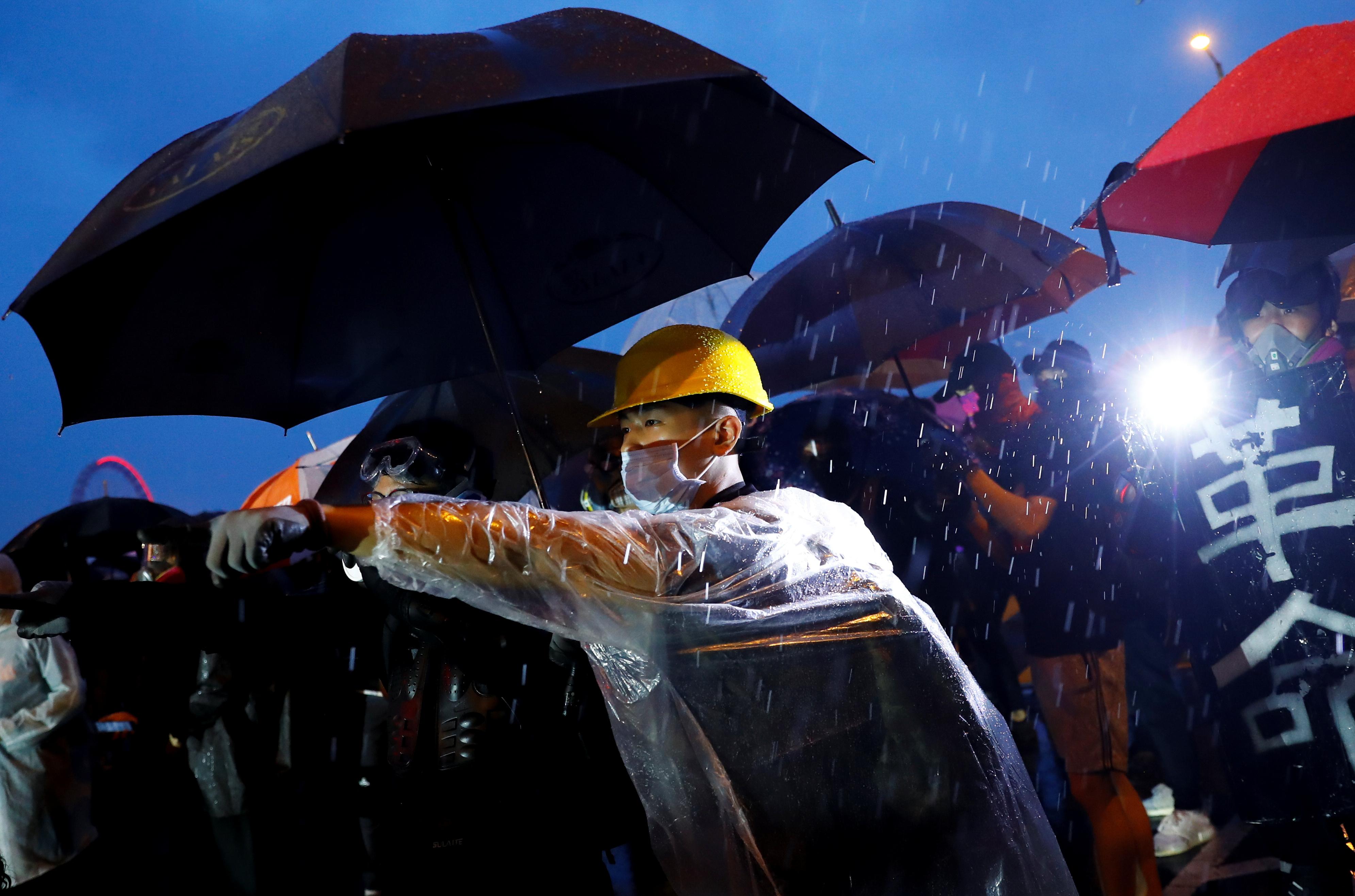 The turmoil has evolved into calls for democracy. China is eager to quell the unrest before the 70th anniversary of the founding of the People’s Republic of China on Oct. 1.

With Hong Kong facing its first recession in a decade, China has also warned of the damage the protests are causing to the economy.