A hoodie-wearing youth has caused outrage after he was pictured urinating on a war memorial honouring 25,000 servicemen who fell while defending Britain.

The man was caught on camera relieving himself against The Naval Memorial in Portsmouth, Hampshire, which commemorates around 10,000 fallen sailors of the First World War and almost 15,000 of the Second World War.

Veterans today voiced their disgust at the antics and complained that the stone of the memorial is actually deteriorating due to how often it is urinated on.

The shocking scene is the latest in a year-long saga which has seen anti-social thugs desecrating the ‘nationally important’ monument on the Naval city’s seafront during lockdown. 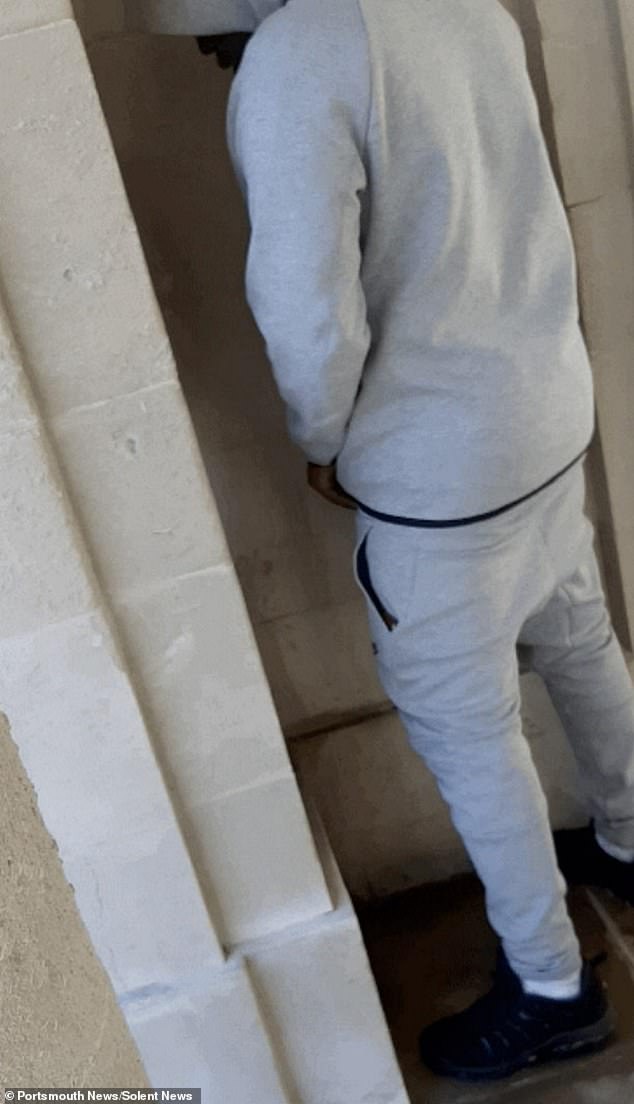 A youth is pictured urinating in The Naval Memorial in Portsmouth, Hampshire, which commemorates around 10,000 fallen sailors of the First World War and almost 15,000 of the Second World War

There are now calls for CCTV cameras to be installed at the site as part of a clampdown.

Royal Navy veteran Chris Purcell, of Portsmouth, lost 20 of his crewmates when his warship, destroyer HMS Sheffield, was sunk by an Exocet missile during the Falklands War.

The 61-year-old said: ‘I’m disgusted at what’s happened. These yobs are the lowest of the low. It makes my blood boil.

‘People like this honoured at these memorials paid the ultimate sacrifice so we can live the life we have got today.

‘These yobs just haven’t got a clue. Everyone – civilian, veteran, politician – will be up in arms over this.’ 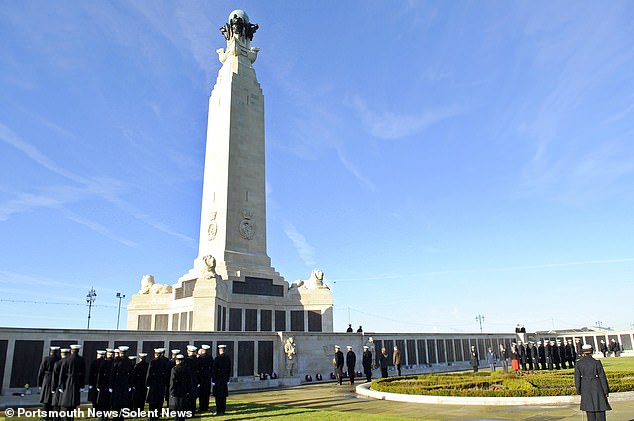 Fellow local resident Nick Pellatt, who has been crusading for tougher measures to defend the seafront tribute, said: ‘I’m disgusted and angry at how many people are doing this. It’s backward and selfish.

‘People are urinating on the name plaques of people honoured at the war memorial. It’s getting to the point that the stonework is being damaged because of the ammonia in the urine.

‘The memorial absolutely stinks at the moment because it’s been heavily weed on. It’s disgraceful. Something needs to be done to stop this.’

The former city council leader said: ‘This is the ultimate insult to many people across the city. Those that have done this should hold their heads in shame.’ 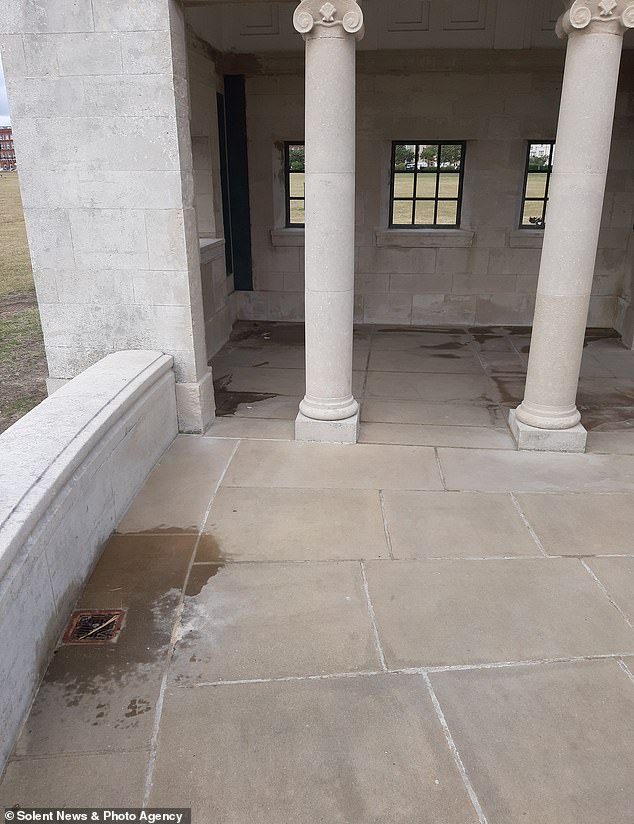 The shocking scene is the latest in a year-long saga which has seen anti-social thugs desecrating the nationally important monument on the Naval city’s seafront during lockdown. Pictured in June 2020

‘Portsmouth Naval Memorial is an invaluable part of our city’s heritage and desecrating it in this way will cause untold hurt to our local families,’ he added.

‘Incidents like this at our city’s historic landmarks have unfortunately been too commonplace and it must be urgently sorted now without delay.’ 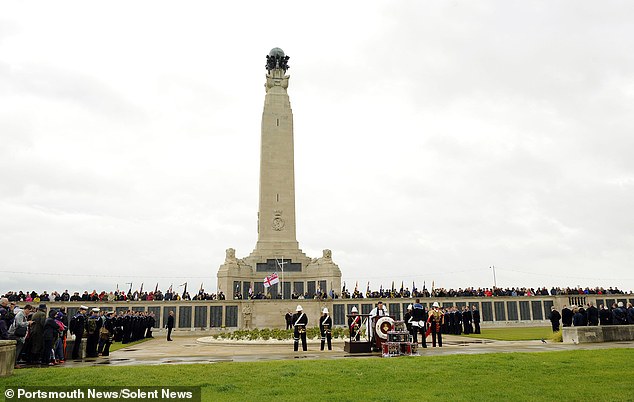 A Service on Remembrance Sunday held at The Portsmouth Naval Memorial on Southsea Common, that commemorates all those lost at sea in WW1 and WW11

Councillor Gerald Vernon-Jackson, leader of the city council, branded the incident ‘disrespectful’ adding: ‘This monument honours the tens of thousands of men killed during the First and Second World War who paid the ultimate sacrifice to keep this country free.

‘We will do whatever we can to try and make sure people treat this really important monument the respect it deserves.’

However, he said installing CCTV ‘wasn’t practical’ given that offenders tended to use sheltered parts of the monument where roofs were ‘low enough for cameras to be ripped down’.