19 years for the monster who left Good Samaritan neighbour, 27, scarred from head-to-toe and without fingertips and ears when he poured petrol over her and set her alight – all because she tried to help his girlfriend

This shocking image shows the horrific scaring left on a young mother who was doused in petrol and set alight in a brutal unprovoked attack by her neighbour.

Kirsten Ashby, from Milton Keynes, has been left with no finger tips, no ears, layers of her skin on her face melted away and her shoulder length brown her all burned away.

The 27-year-old’s injuries were so severe that her face is now unrecognisable after the third degree burns she sustained at the hands of Raymond Bowen, who had drunk a bottle of Jack Daniels whisky and had taken cocaine before the attack.

She was attacked after she had helped a neighbour’s girlfriend who was suffering from a fit. 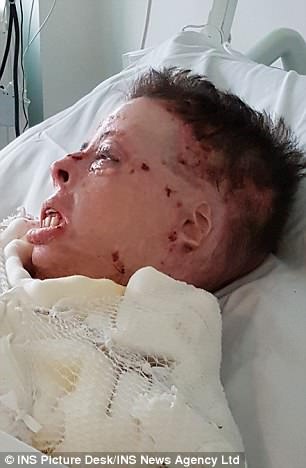 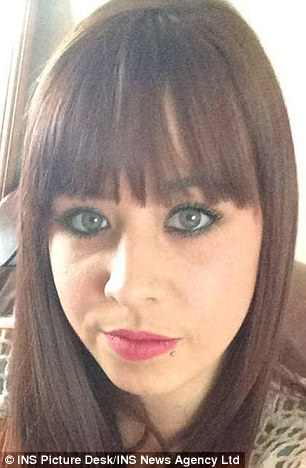 Kirsten Ashby (pictured) was left with no finger tips, no ears, layers of her skin on her face melted away, as well as her shoulder-length dark hair burned to a cinder

Yet instead of being grateful for the help, Bowen threw petrol over her while smoking a cigarette and then lit the flammable liquid with a lighter.

Ms Ashby told her parents how her attacker ‘looked smug’ as she was set alight and listened to her scream as she was turned into a human fireball. One of Bowen’s children witnessed the horrific ordeal.

The court heard that Ms Ashby had befriended Bowen’s partner and repeatedly visited their flat throughout the evening, causing him to become angry.

The prosecution said he told Ms Ashby ‘you are going to make me lose my kids’ and ‘I am going to burn your flat down’.

Ms Ashby went back to collect her phone after Bowen’s partner said he had left, but he caught her in the flat and set her on fire.

She has told her mother: ‘He was just stood there smoking a fag, watching me, all smug.’

The court heard that Ms Ashby’s partner heard the screams and rushed into the second floor flat. 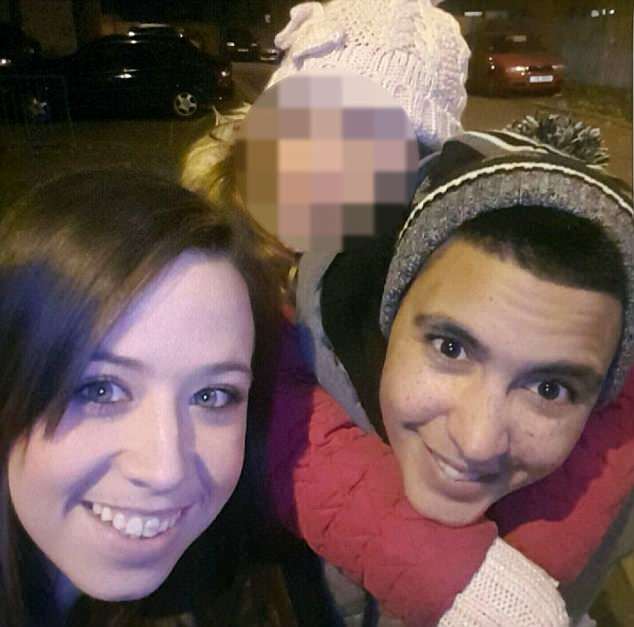 The court heard that Ms Ashby (show with her partner Soraya) had befriended Bowen’s partner and repeatedly visited their flat throughout the evening, causing him to become angry

Prosecutor Peter Shaw said: ‘She went into the flat and could smell burning.

‘She saw someone on the living room crying. Soraya then realised the person was her partner, Kirsten. She was crying and screaming in agony.

‘Soraya could smell burning flesh, she noticed Kirsten’s skin appeared to have melted.’

Now Bowen, a father-of-five, has been given a 19-year jail sentence for the attempted murder of Ms Ashby who has been in hospital since the attack nearly six months ago.

Ms Ashby’s parents, Lynn and Paul, have been taking care of their grandchild Maddison since the attack.

The 27-year-old has had to undergo 80 operations as doctors try to rebuild her face and body.

Lynn and Paul revealed today they were told their daughter may not survive the brutal ordeal, but described Ms Ashby as a ‘stubborn soul’ who has battled through the pain.

In the first month after the incident Kirsten was placed in the medically induced coma so her body could deal with the shock and pain caused by the extensive burns and she started to pull through. 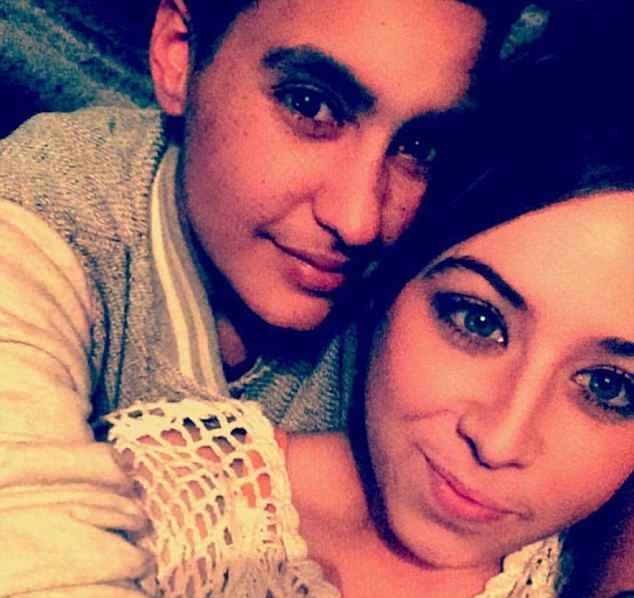 Mrs Ashby added that she had been in bandages from head to toe since the attack in November last year, as skin had been taken from other areas of her body in a bid to graft onto her face and torso.

Kirsten had also had all her fingers amputated leaving her unable to feed herself or take care of her own very basic needs.

The Ashby’s have now launched a campaign to raise money for when she is allowed to leave hospital and they are caring for her nine-year-old daughter Maddison.

Mrs Ashby said today: ‘She went there to help, yet what this man did ruined her life and changed our family’s life forever.

‘My lovely daughter was unrecognisable. She had no face – it was all burned away.

‘At first the doctors said she might not pull through. They prepared us for the worst and they put her in a coma for four weeks so her body could cope with the shock and the pain. 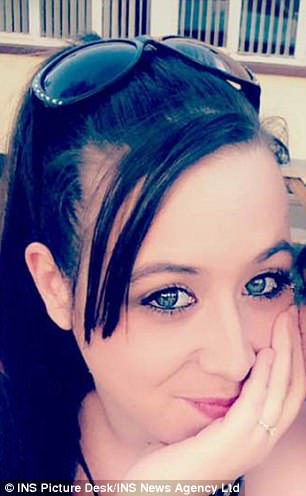 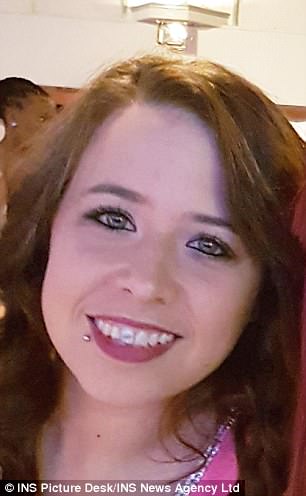 ‘Even while Kirsten was in the coma, doctors began the process of repairing the horrific damage.

‘After the attack my daughter was unrecognisable. Her face was burned away. Her ears were gone. Her fingertips had to be amputated. Her body is so weak that she is having to learn to walk again.

‘They took skin from the rest of her body to graft onto the burns. They took so much skin that she was in bandages from her neck to her ankles for a long time,’ said Lynn.

‘She’s been really brave and says her mummy is her superhero. But it’s had an effect. She still has nightmares at night. We all do – and I think  we always will.

‘Kirsten is still psycologically traumatised and obviously upset about the way she looks. However, the biggest problem is that she can’t use her hands, so she is unable to do so many things.’ 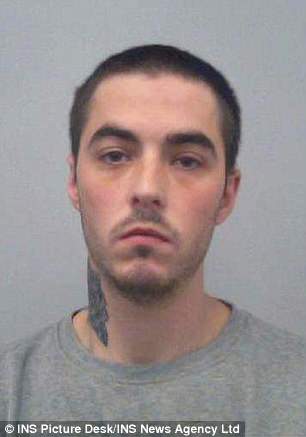 Father-of-five Bowen admitted a single charge of attempted murder on November 17 last year, and blew kisses to his girlfriend from the dock as he was sentenced by a judge at Luton Crown Court.

A spokesman for Thames Valley Police said Ms Ashby had gone round to Bowen’s house in Milton Keynes, Buckinghamshire, to assist his girlfriend who was suffering a fit.

Detective Constable Laura Herrington said: ‘The victim, due to her injuries and the trauma, has been unable to recall exactly what took place, the evidence however suggests that she was acting as a Good Samaritan and had tried to intervene in a domestic dispute involving Bowen.

‘During the incident Bowen poured petrol over the victim and set her alight with a cigarette lighter.

‘This was an unprovoked attack and has left the victim with life-changing injuries. Initially, medical experts didn’t think she would survive the assault.

‘Thames Valley Police continues to support the victim and her family at this extremely difficult time.

‘I would like to pay tribute to the victim for her immense bravery and thank all the witnesses in this case for coming forward. Without the fast actions of member of the public, the victim probably would not have survived.

‘The investigation was complex and at times challenging but thanks to the officers and staff who worked on the case we secured all critical evidence, leaving Bowen no option but to plead guilty to attempted murder.’

Ms Ashby was a patient at Chelsea and Westminster Hospital and has since been moved to Stoke Mandeville Hospital which specialises in burns injuries to begin rehabilitation.

The Ashby’s home of 34 years is not suitable for when Kirsten returns home after extended hospital treatment. Lynn said: ‘The horrific extent of her injuries means she will always need care.

‘The council cannot find anywhere suitable for us that is bigger and more suitable for when Kirsten is finally discharged. But it’s like banging our heads against a brick wall,’ said Lynn, who has thanked Milton Keynes police, the Katie Piper Foundation and the court barrister for their help. 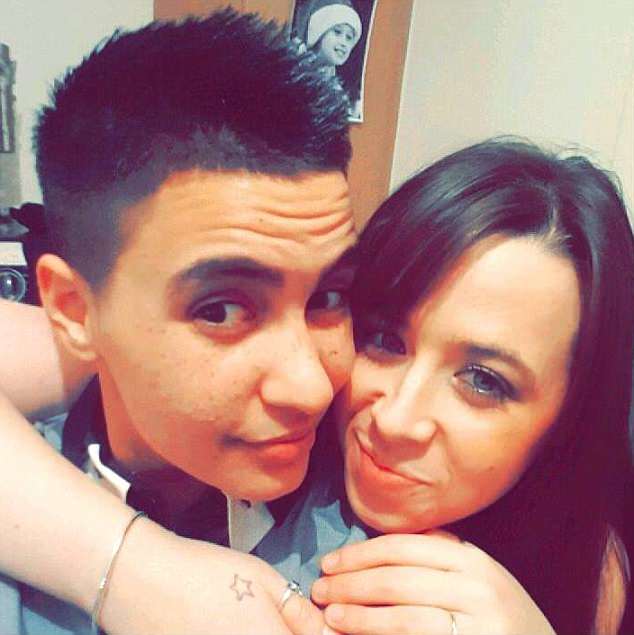