In the shocking clip, the ruthless rodent can be seen gnawing at the bottom of the creature as it perches on top of planks of wood. 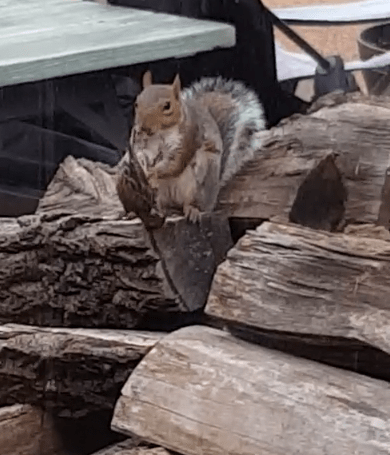 The footage was filmed on Tuesday where it's believed the bird had already died after smashing against a window.

In the horror video, the squirrel holds the bird upside down as it begins to eat, first nibbling at the creature's feet before taking large chomps of its back.

The bloodthirsty squirrel then spits out a mouthful of feathers before continuing to feast on the bird's carcass.

The stomach-churning images have stunned and sickened people online, with a common misconception that squirrels wouldn't kill or eat an adult bird. 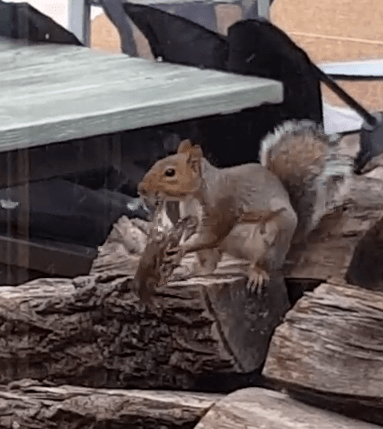 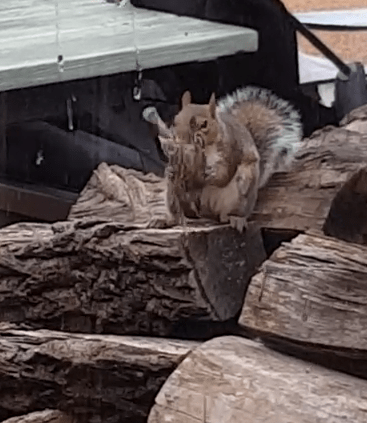 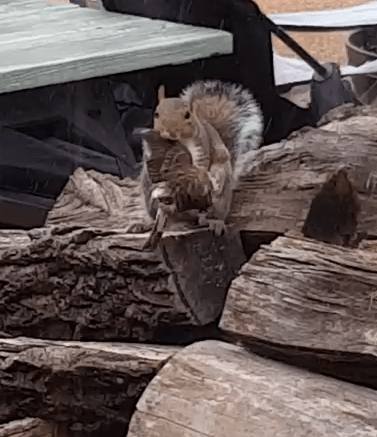 After the video was posted, the footage received hundreds of comments with people in disbelief at the ravaging rodent.

One said: "Wait til it develops a taste for human meat and start(s) attacking us like wild animals".

It was too much for one person who said: "I definitely won't be sleeping tonight!"

But actually, grey squirrels are known nest raiders that will usually eat eggs or chicks but they also occasionally kill and eat adult birds.

They are omnivores, which means they like to eat both plants and meat.

But when commonly depicted on screen, you'll see them mainly eat fungi, seeds, nuts and fruits rather than a dead bird.

Yesterday, The Sun Online revealed the sickening moment a pack of brown bears ripped a wolf to pieces in front of Dutch zoo visitors.

The footage was filmed at Dierenrijk Zoo in Mierlo, and while it's unclear why the wolf was attacked, the zoo reportedly said the animals were housed together for "enrichment".