The man had been stranded on the Colombian hills of Cauca for a week after his Helify helicopter broke down. 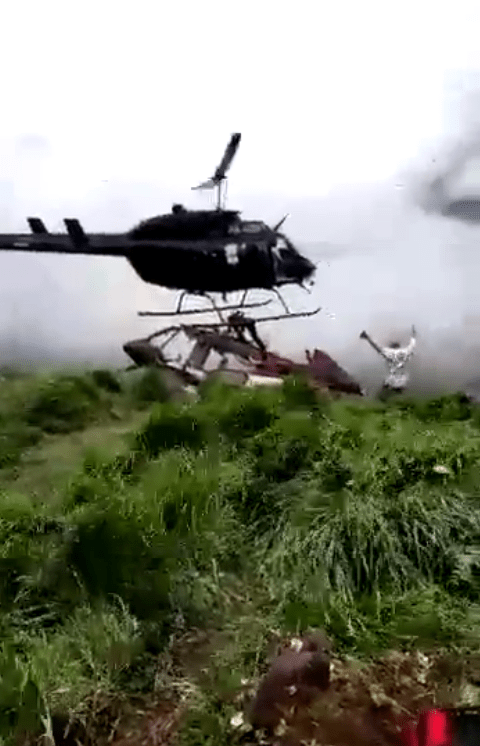 Footage starts with the desperate man waving his hands frantically in the air as the rescue chopper begins to descend towards the ground.

Two technicians can be seen standing in front of the crash survivor, directing the pilot to the best place to land.

In a dramatic turn of events, the helicopter underwent what experts have called a dynamic rollover.

The pilot struggled to control the landing on such a steep hill and the aircraft tipped to the side. 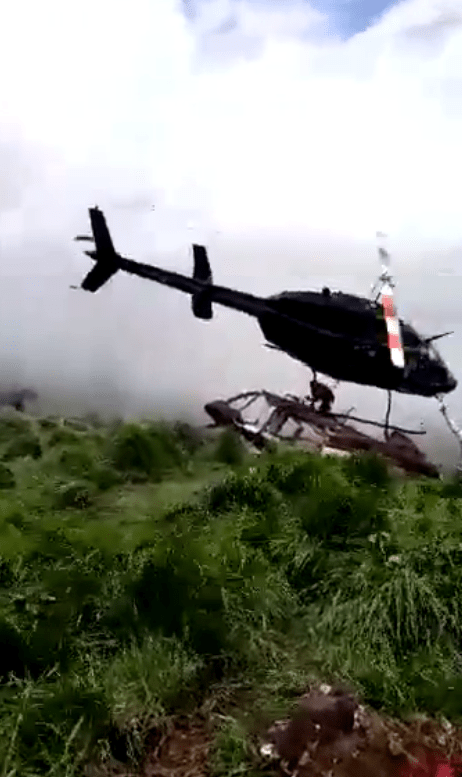 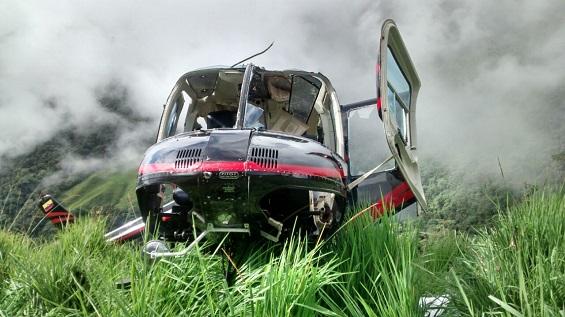 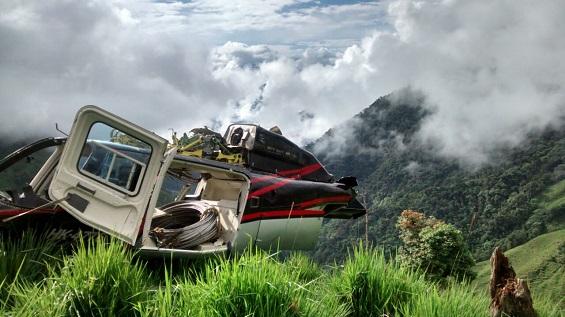 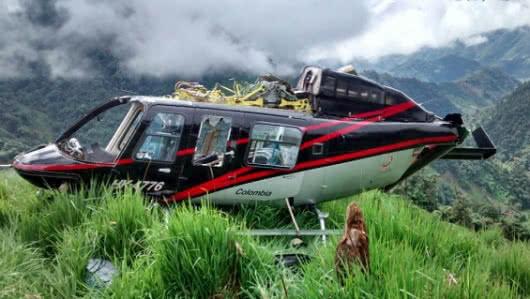 The survivor and the pilot of the rescue chopper, Ivan Andres Lopez Londono, died in the incident.

Horrified viewers took to social media to express their shock.

One person wrote on Twitter: "How awful. This is terrible."

Another added: "An accident happens in a second. I hurt and feel sad for the family."

This helicopter incident comes weeks after four US marines died in a helicopter accident.

The Marine Corps Super Stallion helicopter plummeted in Plaster City, at around 2.30pm during a routine training mission.