The shocking abuse was allegedly uncovered at the Taman Safari in the city of Bogor, West Java, Indonesia. 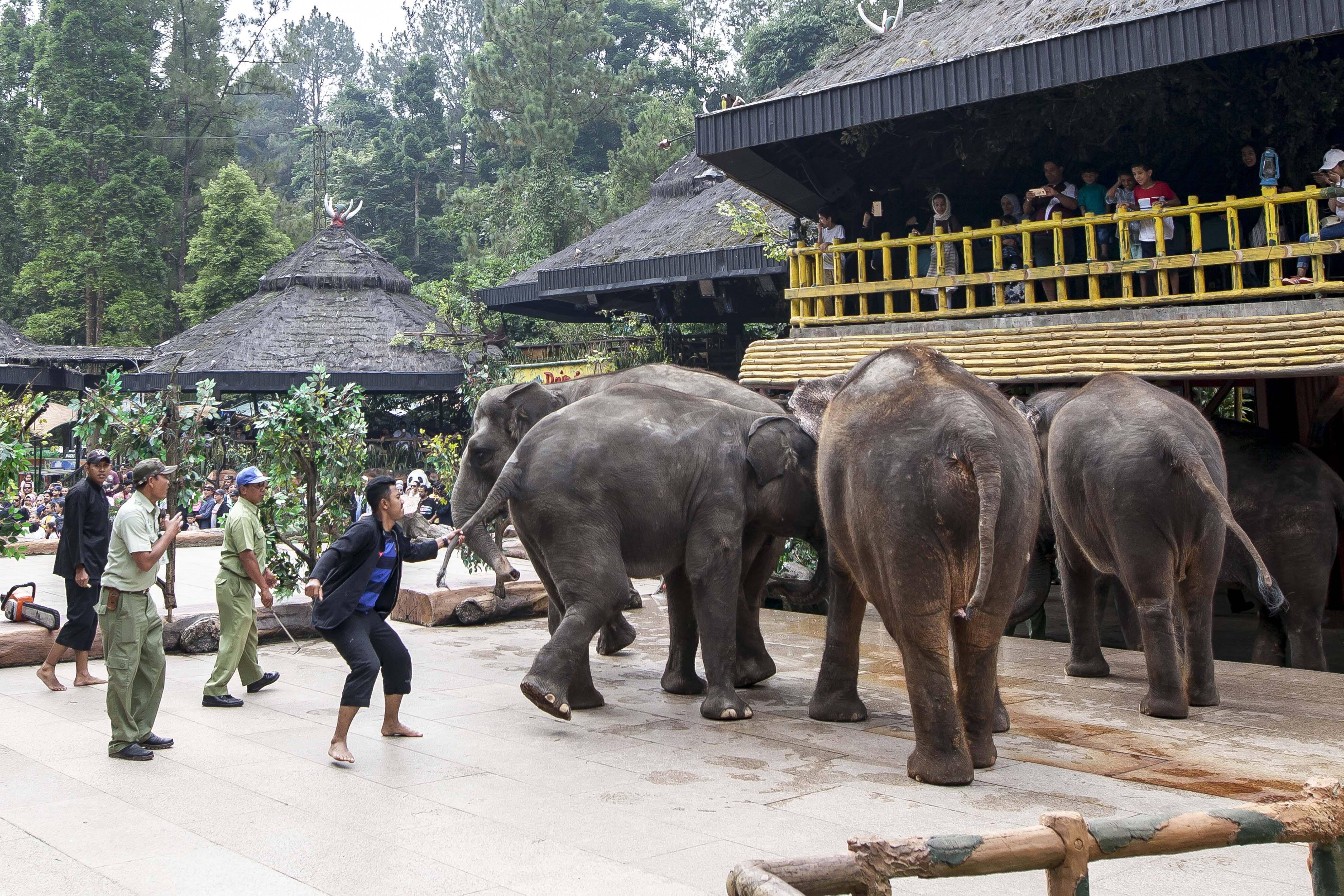 The barbaric behaviour, which also appears to show the animals being taunted and punched, has been documented by wildlife charity, Born Free, and environmental photojournalist, Aaron Gekoski.

Handlers could be seen pulling at their tails as they try to control the huge mammals in front of excited crowds.

This is despite the zoo being a member of WAZA (the World Associations of Zoos and Aquariums), which requires its members to treat all animals in their captivity with the utmost care.

The allegedly savage handling of the elephants is now being exposed as part of Born Free's work to encourage people to report any captive animal abuse or suffering they witness locally or while travelling abroad. 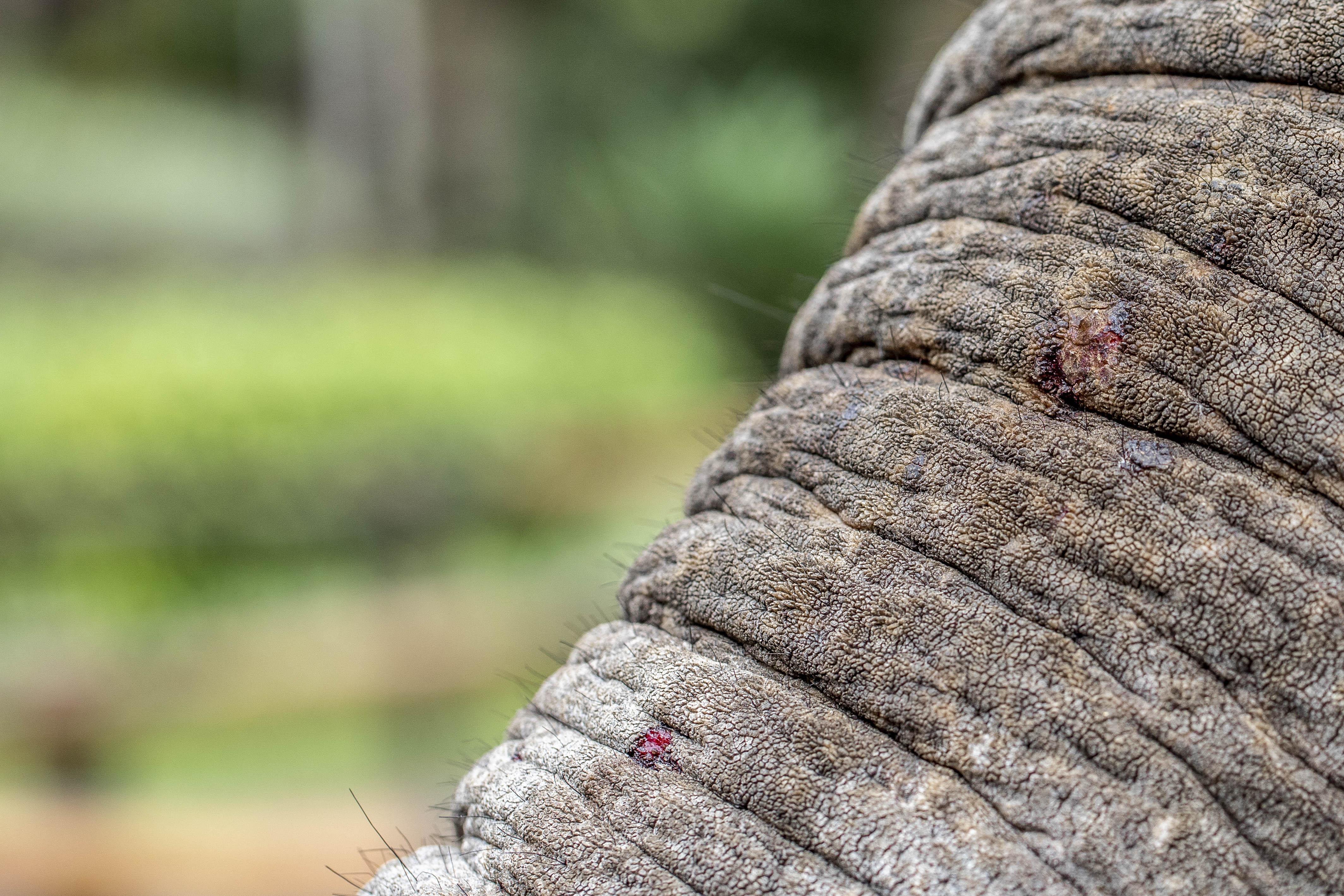 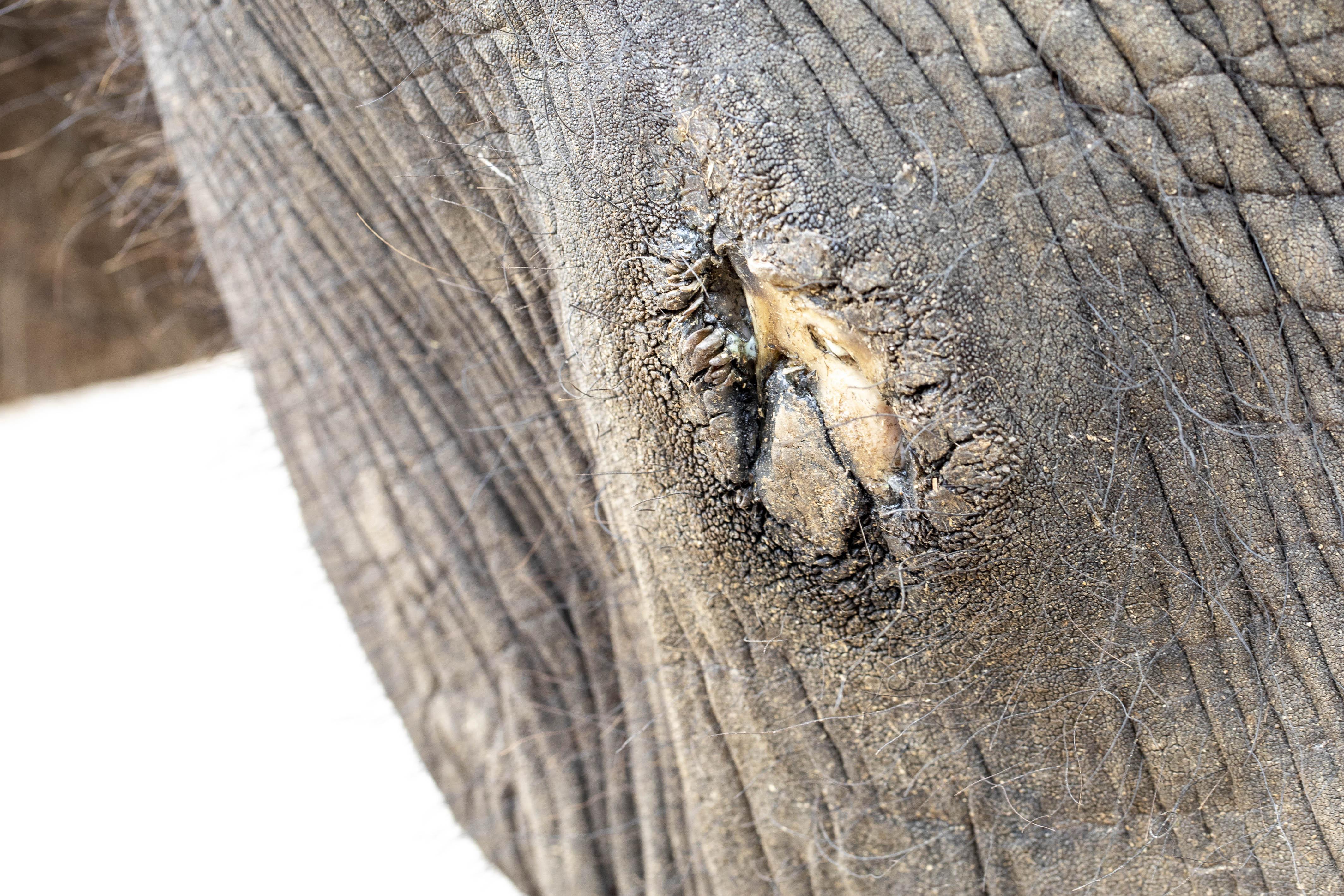 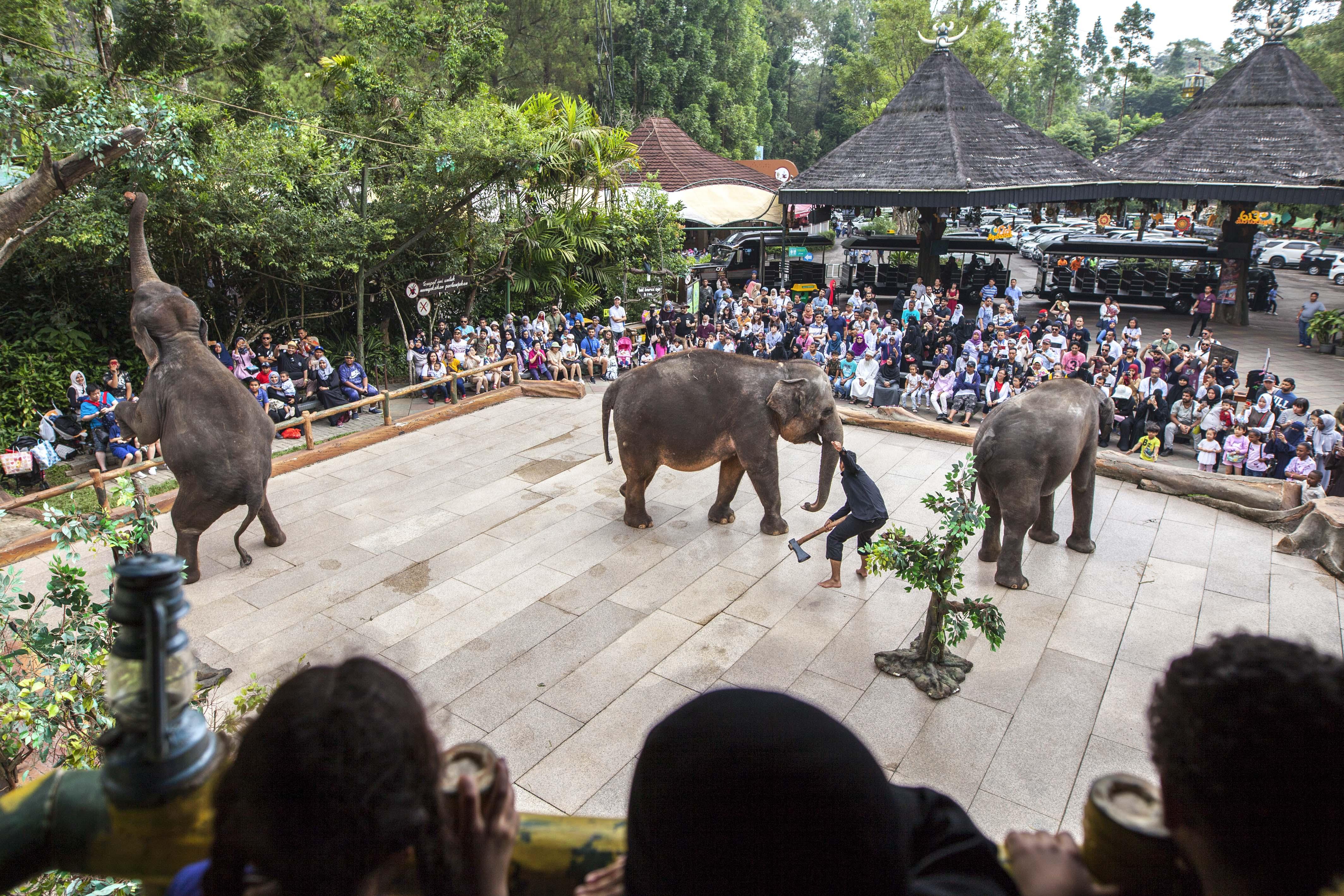 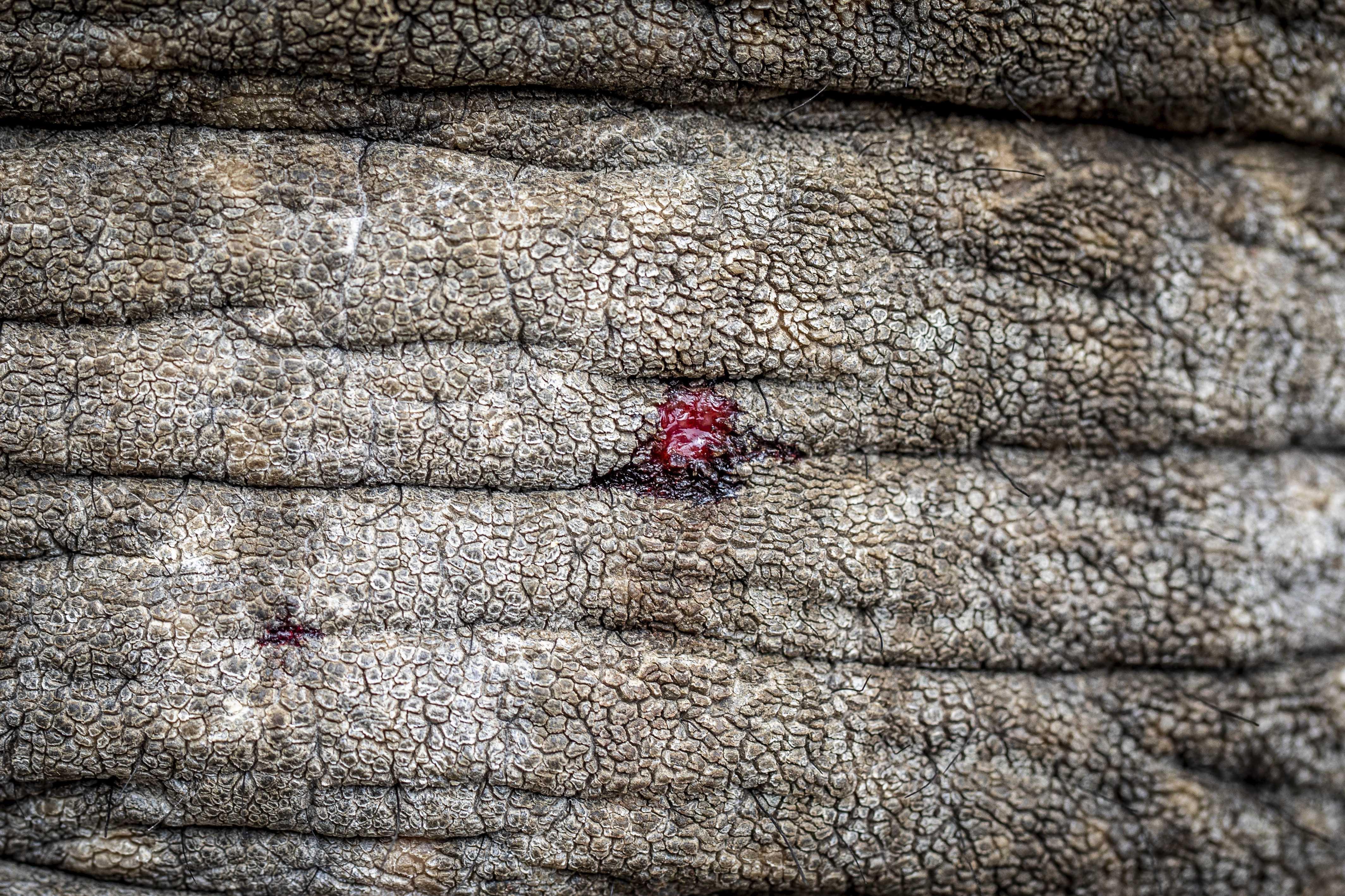 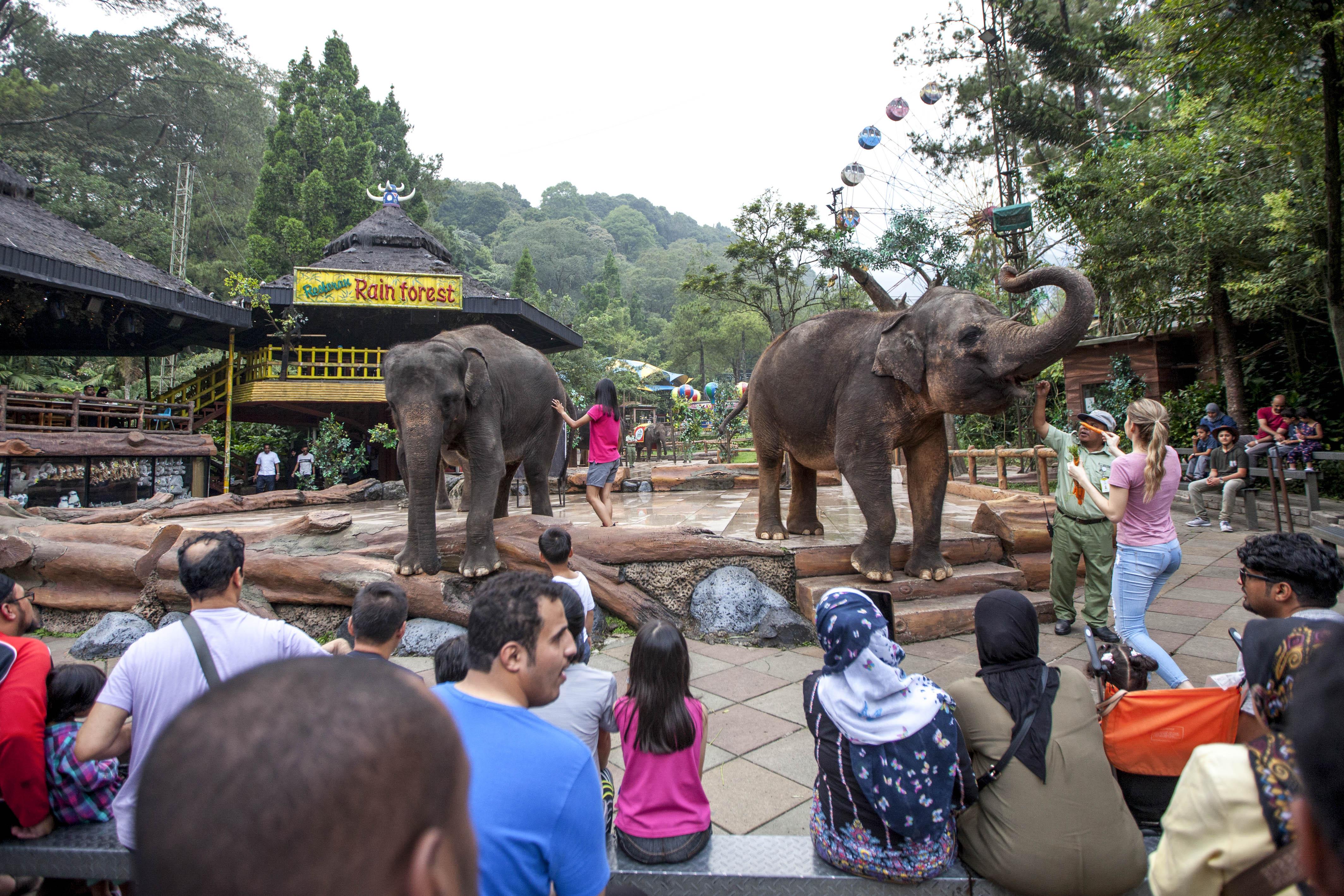 WAZA has confirmed they are investigating the allegations.

Dr Chris Draper, Head of Animal Welfare and Captivity at Born Free, said: "Born Free has been concerned about the activities at Taman Safari in Bogor, Indonesia, for some time, as a result of numerous complaints from tourists and members of the public visiting the zoo.

"The direct abuse of elephants reported is completely unacceptable and must be investigated by the relevant authorities.

"It is shocking that this zoo is listed as a member of WAZA, which claims to represent ‘leading’, ‘high standard’ zoos across the world, and apparently requires its members to 'ensure that they ‘ensure that all animals in their care are treated with the utmost care and their welfare should be paramount all times'.

"These assurances begin to sound meaningless in light of the reported abuse and exploitation of elephants in shows and rides at one of their members zoo." 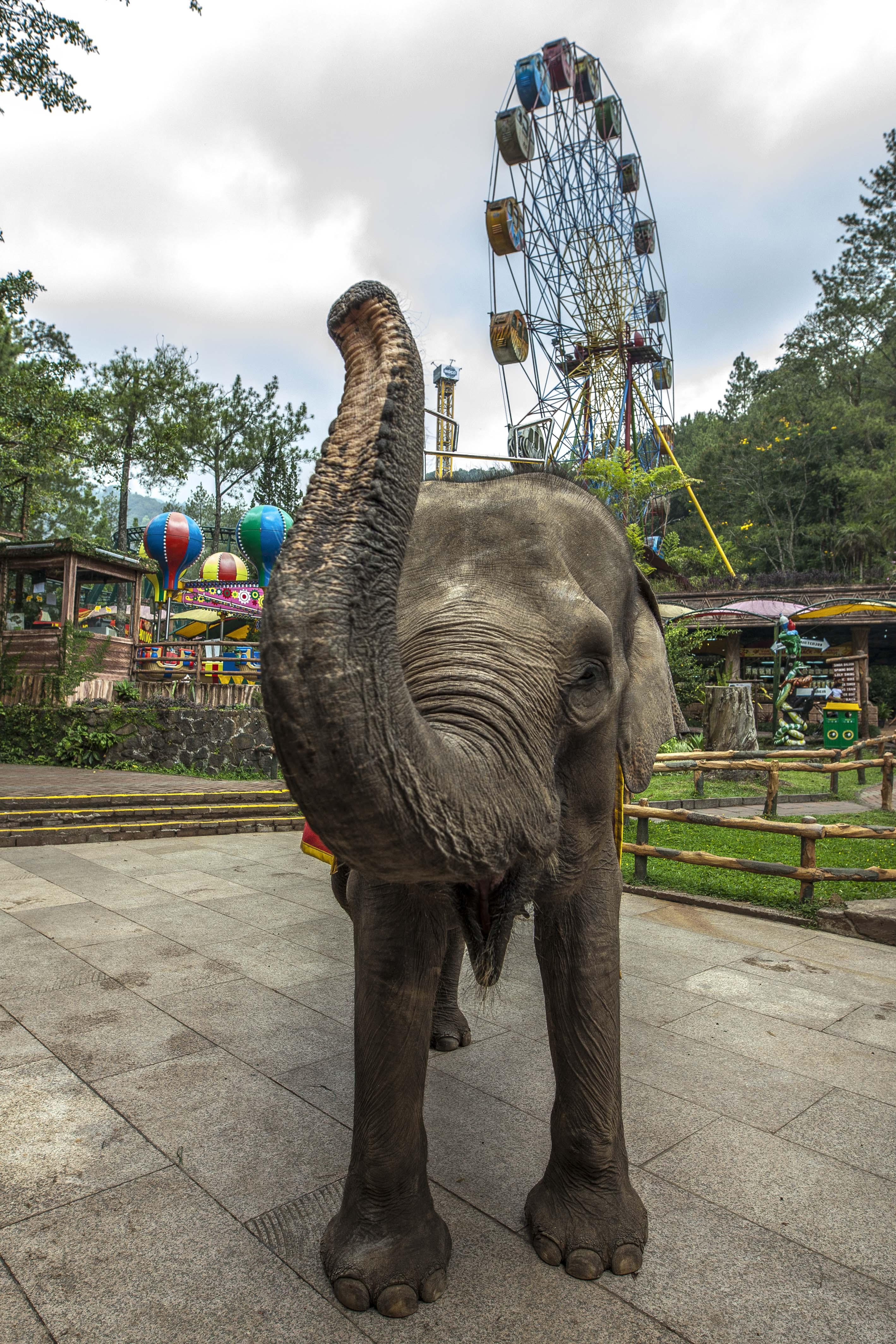 On the Taman Safari Indonesia (TSI) website, the zoo claims to be a "pioneer leader in conservation and recreational parks".

A statement about the organisation reads: "With its long experience in this field, TSI has obtained both national and international accreditation as the best conservation institute in Indonesia for wildlife management and its supporting infrastructure."

It also states: "Today, Taman Safari Indonesia is determined in its commitment to continue its endeavour to become a conservation, education and recreation park proudly recognised the world over." 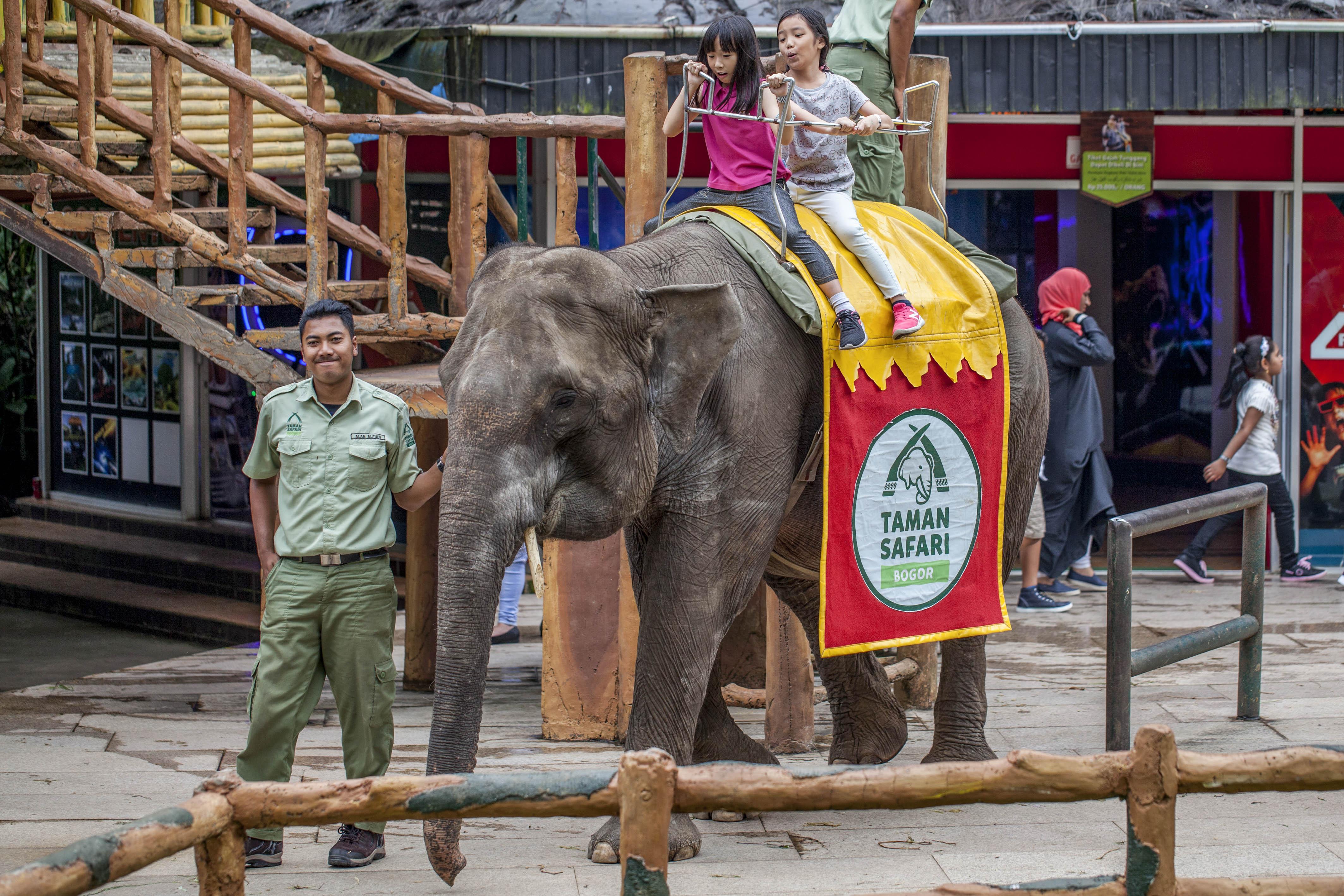 Aaron, 38, added: "Every day the elephants perform in shows which involve elaborate reconstructions of human and elephant conflict caused by the palm oil industry.

"After a show when we were there, the elephants became boisterous. A handler was seen to punch one on its trunks and pull its tail in order to control it.

"On closer inspection, it appeared the handler was concealing a sharp object in his hand, which caused multiple puncture wounds on the elephant's trunk." 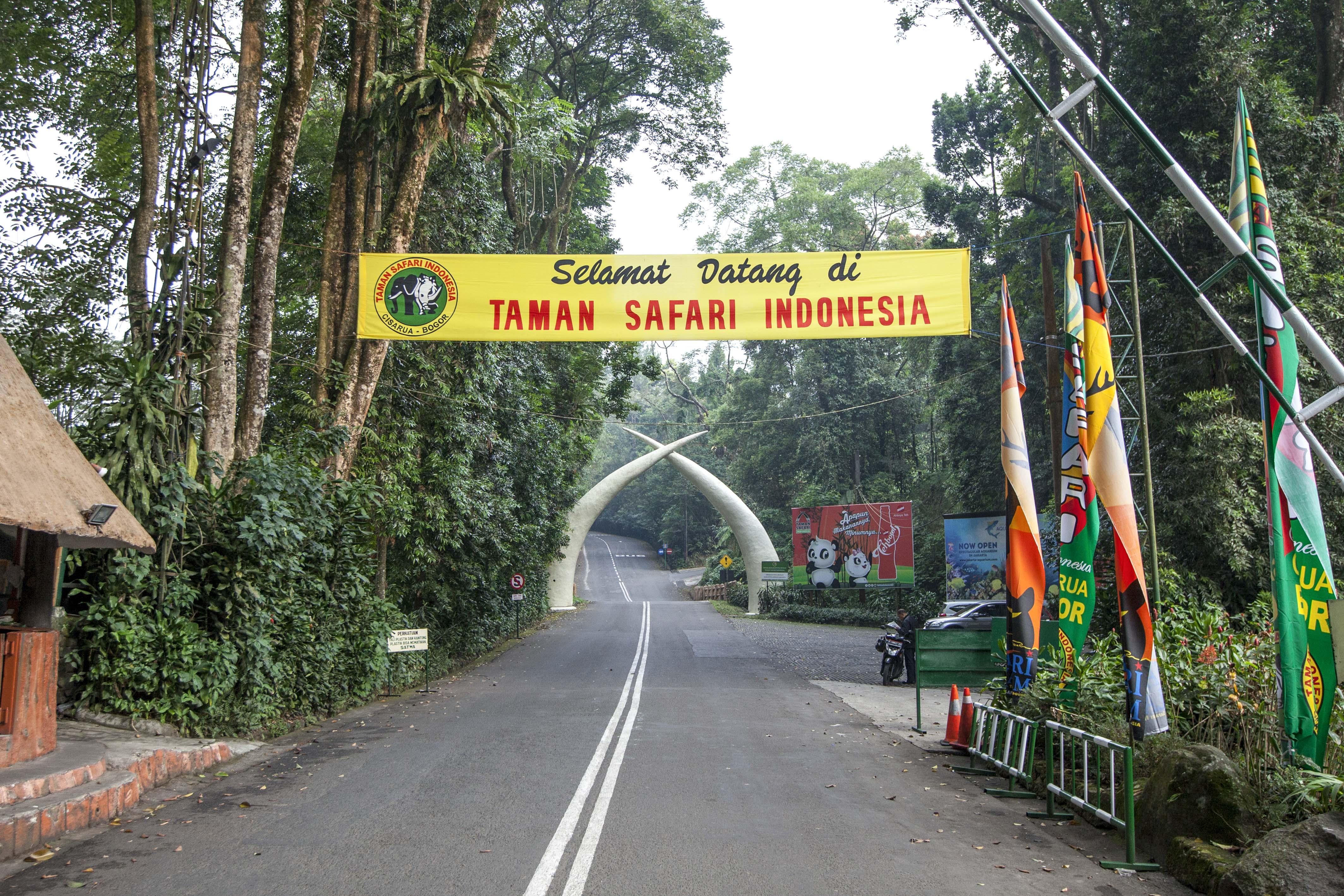 After checking out the other elephants, Aaron said they also had similar wounds.

He said: "Security saw us documenting what was happening and asked us to put our cameras away.

"The images have not been seen by many people, but I think they will be shocked.

"Elephants are much loved, intelligent and sentient beings that should not be ridden, touched or used in shows.

"They’re not here for our entertainment. And they most definitely should not be controlled using such violent means.

"Elephants have some of the most finely tuned senses in the animal kingdom, so Taman Safari, Bogor, would be a very stressful environment for them with lots of people, small areas, loud music, flashing lights.

"It’s about as unsuitable a habit for elephants that one could imagine."

Doug Cress, chief executive officer at WAZA, said: "The World Association of Zoos and Aquariums believes that the welfare of the animals in our care is of great importance, and we hold our member zoos and aquariums to the highest standards in this regard.

"The WAZA Code of Ethics expressly prohibits activities that cause animals pain or compel them to act in an unnatural manner, and WAZA does not support shows that demean any animal.

"WAZA takes matters of animal welfare seriously and will investigate this situation fully."