Kung fu brew! Housemates take tea-making to a new level as they spin, throw and catch the ingredients with pinpoint accuracy

This is the remarkable moment a group of housemates make a pot of tea using mind-bending skills.

Amazing footage taken in southern China’s Guangdong province shows the trio of performers showing off their skills in a display called the ‘Kung Fu tea ceremony’.

The amazing routine, which translates literally as ‘making tea with skill’, features inch-perfect choreographed moves and a lot of flying tea leaves. 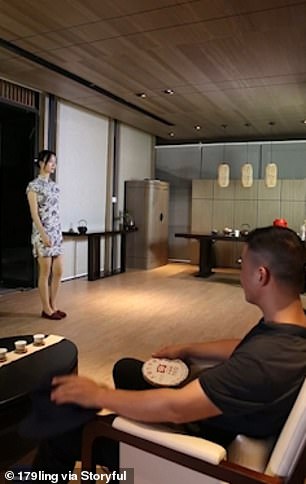 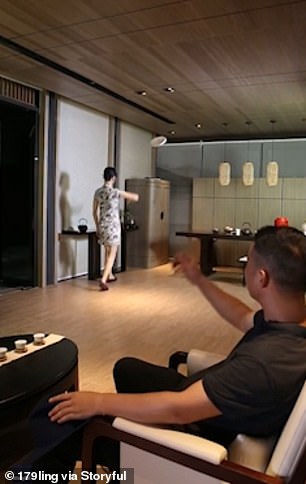 As the clip starts a woman in traditional chinese dress can be seen walking slowly into the flat before turning her back to her flatmate and simultaneously catching a tin full of tea which he tosses through the air.

After removing a hairpin she chops off a chunk of tea leaves and tosses the block over her shoulder without looking.

Miraculously the bunch of leaves falls into a teapot sitting on a table a few feet away.

A third person then pours water in the tea and puts the leaves away by theatrically flinging the tin into a fridge across the room.

The trio can then be seen passing one another glasses full of tea by sliding them rapidly along a smooth dining room table.

The mesmerizing video has so far earned over 700,000 views on their original post on the Chinese social media app Douyin. 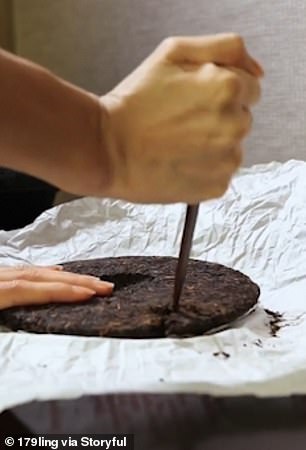 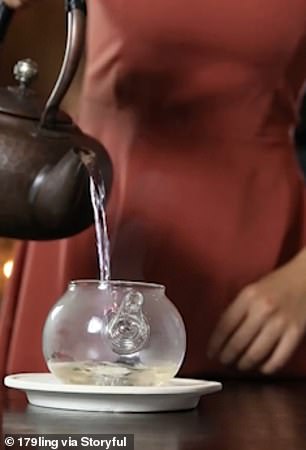