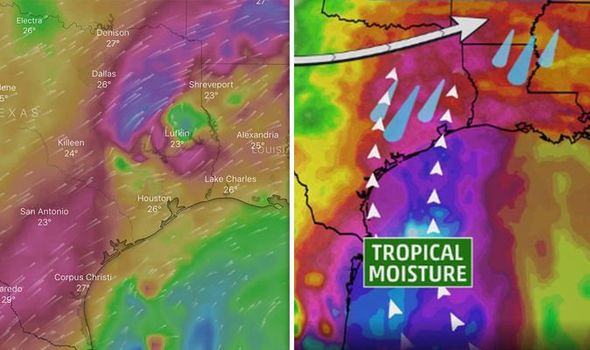 The National Oceanic and Atmospheric Administration (NOAA) has issued a “high risk” warning for flash flooding for the upper coast of Texas and southwest Louisiana. The warning is in place through Wednesday and Wednesday night. Heavy, relentless thunderstorms are likely, with up to four inches of rain per hour likely to trigger flash flooding.

Storm radars are showing showers and thunderstorms spreading from Texas into the lower Mississippi Valley from Wednesday morning.

Houston forecasts are showing up to seven inches of rainfall is possible.

The National Weather Service (NWS) has already reported being called to rescue people from vehicles trapped by floodwater. 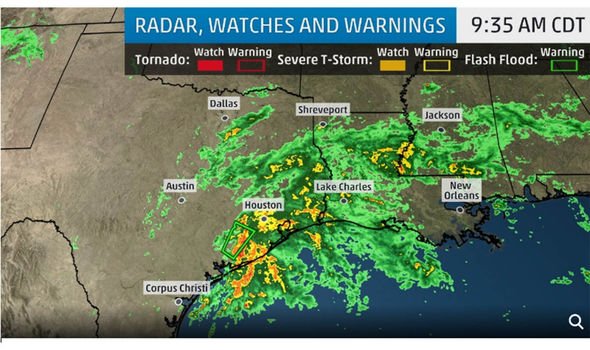 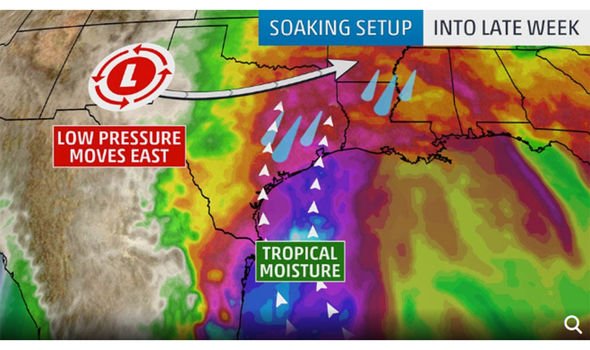 The NWS urges residents not to attempt to drive through floodwaters, even if it doesn’t look deep.

While Wednesday is expected to see the worst of the rain, the wet conditions are forecast to continue into the weekend.

The Weather Channel forecasts heavy rain to drench much of the southern US throughout the week and weekend.

The area from eastern Texas and Oklahoma to the lower Mississippi Valley and the south could see up to three inches of rain on the weekend. 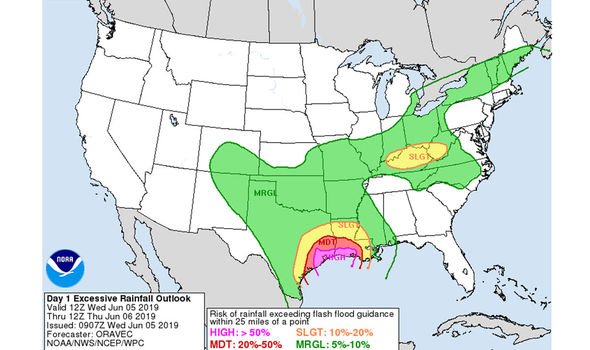 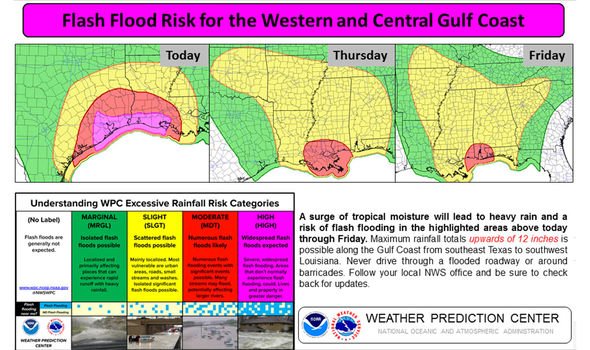 Some regions could see up to six inches of rain, where thunderstorms cluster and stall.

The NWS has issued flash flood watches from the upper Texas coast into southern Louisiana and far southern Mississippi, including Houston and New Orleans.

Additional flash flood watches could be issued for other southern areas where heavy rain is expected over the coming days.

This weather system also brings with it the threat of tornadoes and waterspouts along the Texas and Louisiana coats on Wednesday, but they are expected to be short-lived. 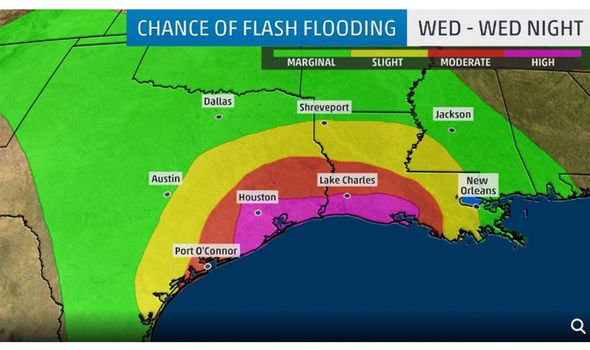 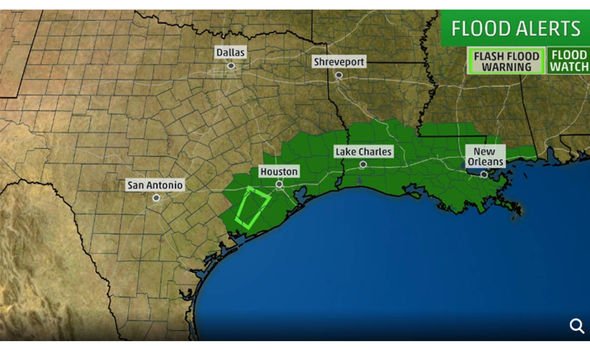 The heavy rain is being caused by deep tropical moisture from the western Gulf of Mexico.

This moisture is being lifted northward into the south-central states by an upper-level, low-pressure system moving into the southern Plains.

The area of low pressure will move sluggishly across the south, as a building area of high pressure blocks its progress.

Residents are advised to keep an eye on the NOAA warnings in the coming days.