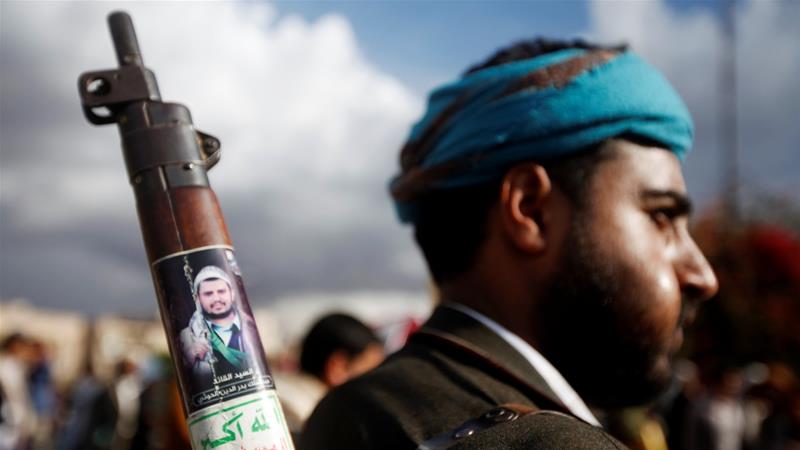 Yemen’s Houthi rebels have begun a long-delayed withdrawal of their forces from key ports in Hodeidah province, the group said, under the terms of a UN-brokered peace agreement aimed at ending the country’s four-year-long civil war.

Mohammed Ali al-Houthi, the head of the Houthis’ Supreme Revolutionary Committee, said the pullout from Hodeidah as well as the Saleef and Ras Issa ports started at 10am local time (07:00GMT) on Saturday.

Reuters news agency, citing a witness, reported that UN teams were overseeing the Houthis’ departure from Saleef and Ras Issa.

The Reuters witness said the Yemeni coastguard had taken command of operations at Saleef after a dozen trucks carrying Houthi fighters, armed with rocket-propelled grenade launchers and machine guns, departed from the port.

A senior pro-government official, however, accused the Houthis of faking a pullout.

“The Houthis are staging a new ploy by handing over the ports of Hodeidah, Saleef and Ras Issa to themselves without any monitoring by the United Nations and the government side,” provincial governor Al-Hasan Taher told AFP news agency.

Moammar al-Eryani, information minister of Yemen’s internationally-recognised government, also dismissed the redeployment, alleging it was an attempt to “disinform the international community”.

“What happened today is a flagrant show, a group of [Houthi] militiamen left [the city] and they were replaced by others wearing coastguard police uniforms,” al-Eryani told Reuters.

The Houthis’ reported withdrawal came after the UN announced on Friday that the group had unilaterally agreed to pull out its forces from the three key ports as part of a “first practical step on the ground” towards fulfilling a pact agreed between Yemen’s warring factions in Sweden last December.

The UN mission to support the peace deal said it will monitor the multi-step redeployment, adding that the move must be followed by “the committed, transparent and sustained actions of the parties to fully deliver on their obligations”.

Under the first phase, the Houthis are expected to pull back five kilometres from the three ports, while pro-government forces backed by a Saudi-UAE-led coalition and stationed four kilometres from Hodeidah port on the edges of the city are due to retreat one kilometre.

Brigadier Mohammed al-Qaderi, the Houthi representative in a joint coordination team, said the group had implemented “all obligations” of the first phase and called on the UN to commit the pro-government forces to do the same, AFP reported.

A second phase is scheduled to follow in which both sides pull their troops 18km outside of Hodeidah and heavy weapons 30km away.

Once the Houthis withdraw, the UN mission said it will take “a leading role in supporting the Red Sea Ports Corporation in managing the ports” and enhance checks on cargoes.

Humanitarian officials have long pleaded with Yemen’s warring sides to spare Hodeidah, which serves as the entry point for the bulk of Yemen’s commercial imports and a lifeline for vital aid supplies.

But the peace deal had stalled since January amid deep mistrust among the parties in a conflict that has killed tens of thousands of people and triggered an economic collapse in the Arab world’s poorest nation, pushing millions of people to the brink of starvation.

The coalition alleged the Houthis used Hodeidah as a landing point to smuggle weapons supplied by Iran into Yemen, a charge the group and Tehran have repeatedly denied.

Giorgio Cafiero, CEO of Gulf State Analytics, said the lack of trust between the two sides presented a “huge problem” to efforts aimed at ending the war.

“Words are very good but to develop a little bit of trust that could potentially pave the way to eventually solve this conflict is going to really require some actions,” Cafiero told Al Jazeera.

The conflict in Yemen, home to an estimated 28 million people, began with the 2014 takeover of the capital, Sanaa, by the Houthis, who toppled the internationally-recognised government of President Abd-Rabbu Mansour Hadi.

Concerned by the rise of the rebel group, believed to be backed by Iran, the Saudi-UAE-led military coalition launched an intervention in 2015 in the form of a massive air campaign aimed at reinstalling Hadi’s government.

The Houthis control the biggest urban centres while Hadi’s administration holds the southern port of Aden and a string of coastal towns.