Evidence suggests it is common for those sexually abused in childhood not to disclose abuse until their 40s and 50s.

But Cliffe could not bring himself to speak out against Bennell for decades.

“[Being coached by Bennell] was an amazing opportunity at a professional club in Manchester City, to try and reach that goal,” he told Al Jazeera in his first public interview.

In 1984, aged 14, Cliffe signed a commitment to Manchester City.

Big clubs did not have their own youth sides then. Instead, they authorised scouts – like Bennell – to run amateur teams from which they picked the best.

Players Bennell called “special” had to show their dedication by staying at his house before matches.

“The lights would go down. There were perhaps three or four boys, and the duvet cover would come out while we were sat in the lounge,” Cliffe said.

“I now know that it would be the testing ground to see what he could get away with in terms of touching. The hand would be down the [tracksuit] bottoms and into your pants.”

Cliffe endured four years of abuse, ranging from indecent assault to attempted rape. But he did not tell anyone about it.

He was so fearful and traumatised that he was unable to speak out for the younger boys he witnessed being groomed by Bennell.

“It’s something that I’ve, over the years, felt immense sort of guilt about,” Cliffe said.

“As an older boy, should you have said something? I simply didn’t have the words. Nobody spoke about it and we kept the secret.”

Now, as a middle-aged man, he has broken his silence in public for the first time in an interview with Al Jazeera. 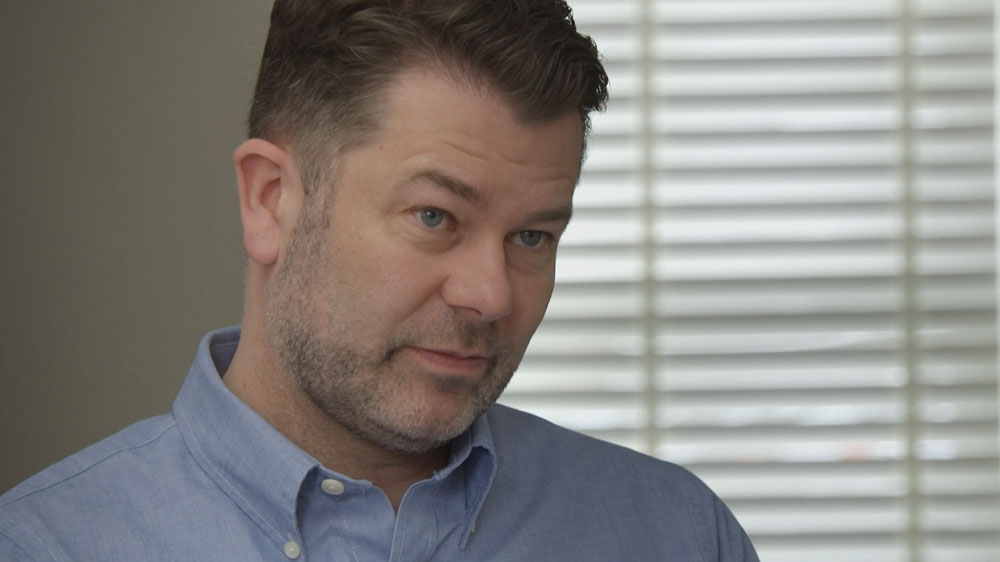 Steve Lowe, a psychotherapist who works with both sex abuse survivors and offenders, told Al Jazeera that it is common for people abused as children to take decades to speak out.

“In your 40s and 50s, you begin to stop and you reflect, you look back on the world and real life,” he said.

“It’s at that point when people are feeling a little bit more confident about themselves and are able to actually say something.”

In other cases, survivors can be psychologically ready to go public earlier, but wait for decades to protect their parents from distress.

Another of Bennell’s victims, speaking on the condition of anonymity because he was still keeping his story a secret, said he felt “really, really guilty” for his parents, and understood how they might feel as though they had “basically handed me over to a paedophile.”

Another victim told Al Jazeera, speaking on the same condition: “I just couldn’t have seen the hurt in my dad’s eyes. Even 35 years later, I broached the subject with my dad and it’s caused massive [tensions] between us both.”

Approaching middle age without the confidence to speak out sometimes pushes survivors of the sexual abuse to suicidal thoughts and attempts, although the abuse is likely to be just one of a number of entangled factors.

Lowe said the decision usually comes after failing to numb the burdening emotions of hate, anger and sorrow with alcohol or other substances.

“Suicide is the ultimate escape from these horrendous feelings, this feeling of ‘I just can’t do this, I can’t manage what’s happened to me,'” Lowe said.

Grieving mother ‘angry’ at the clubs

Mark Hazeldine, 36, one of Bennell’s victims, took his own life in February 2006.

He drove the short distance from his home to Manchester Airport and booked in at the Radisson hotel.

“[He] told the people at the hotel he was wanting to get away for a few days to sort his head out. Those were his words,” Margaret Hazeldine, Mark’s mother, told Al Jazeera.

He hanged himself in the hotel room.

For a decade, his loved ones struggled to understand what could have driven Hazeldine to commit suicide. They got a clue in November 2016 when Bennell was arrested.

“It came right in my head straightaway that Mark went away with him and had something happened. I just, I just collapsed,” said Margaret.

She remembered that Bennell took her son on a footballing trip to Spain when he was 12.

“He was never a bully and then obviously he’s come back off holiday and he’s got quite aggressive traits. He just totally changed, like a flick of a switch, overnight.”

As he grew older Hazeldine turned to alcohol, used drugs and had violent outbursts.

His behaviour was common of those silently struggling to deal with the sexual abuse, said Lowe.

“I believe Mark was probably repeatedly abused and so many years later, he’s not been able to deal with it, done what he’s done,” said Etches.

“It’s been 11 years of hell. I’ve not known why Mark committed suicide. [Bennell’s arrest] helped me, it’s given me closure,” he said.

Margaret Hazeldine said she was holding not only Bennell accountable.

“I am angry at these people in the clubs, I am so angry at them for letting that go on,” she said. 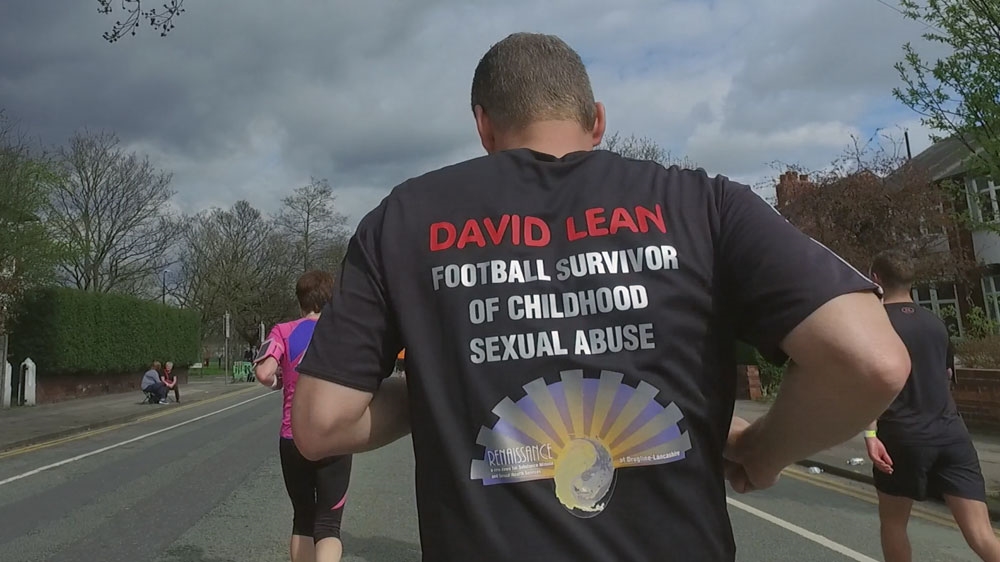 The story of Bennell’s offences first broke 20 years ago when he was jailed in the US state of Florida.

In 1994, he took young amateur teams from the UK on tour to the US and there raped a 13-year-old player.

Bennell was sentenced to four years in a US prison a year later. He was subsequently extradited to stand trial in the UK.

Court documents from 1998 – recently released and not before seen – show almost 50 charges against 23 children, but the prosecution allowed him to plead to just half the crimes against only six boys.

None of the victims were told the details. Bennell served half of a nine-year sentence and was released from the UK prison in 2004.

In 2015, Bennell was arrested a third time and jailed for two years for abusing David Lean, who waited until his mother’s passing to press charges. 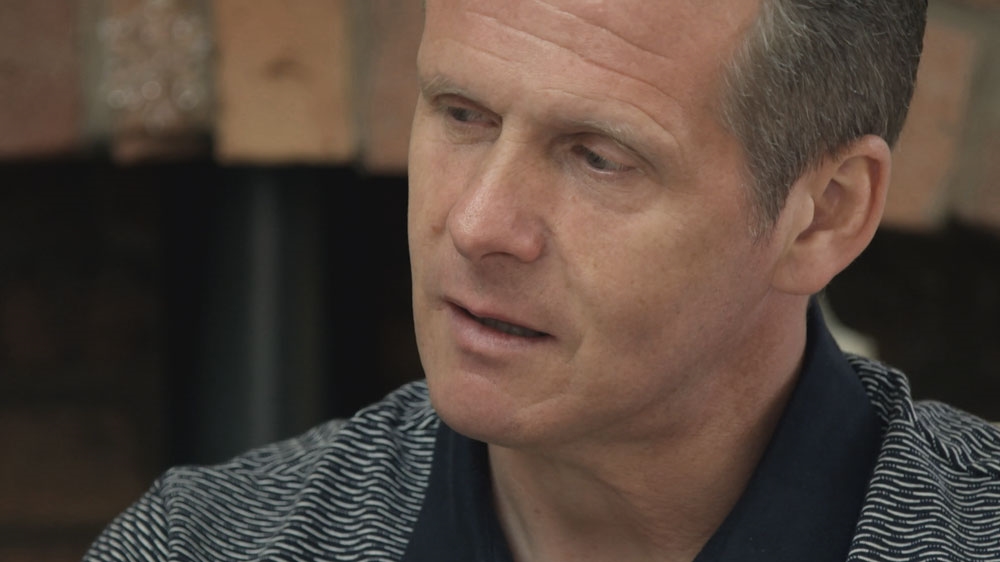 In November 2016, the wall of silence that protected Bennell for so many years was finally smashed when a former professional player, Andy Woodward, spoke out.

Other professional players, including former England internationals, then began disclosing their abuse by other coaches at clubs all over Britain. It became the biggest scandal ever to hit British football.

Figures compiled by UK police forces show that by the end of 2017, a total of 839 victims had reported abuse, naming 294 suspects at clubs all over the country, from Premier League to amateur clubs.

In February 2018, Bennell was convicted of 43 offences. He also pleaded guilty to seven more charges, bringing the total to 50 offences against 12 victims.