The north African country has long considered itself a haven of stability and a key ally in the fight against ISIS, but recently has found itself shaken by carnage in Europe blamed on Moroccans who have moved abroad. 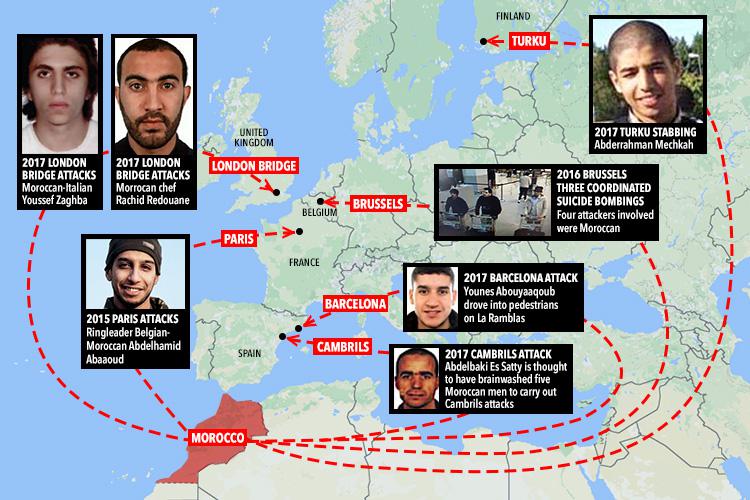 Foreigners travelling within Morocco are also a possible target for home-grown extremists.

This week two Scandinavian backpackers were brutally murdered near the village of Imlil, leading to the arrest of four Moroccan suspects.

A brother of one of the suspects told the MailOnline: "The first thing you have to know is that he is illiterate. That means it is easy for criminals to influence him to do whatever they want.

"For sure, he was meeting the people who brainwashed him. Someone was telling him that the religion says certain things, and they were trying to convince him." 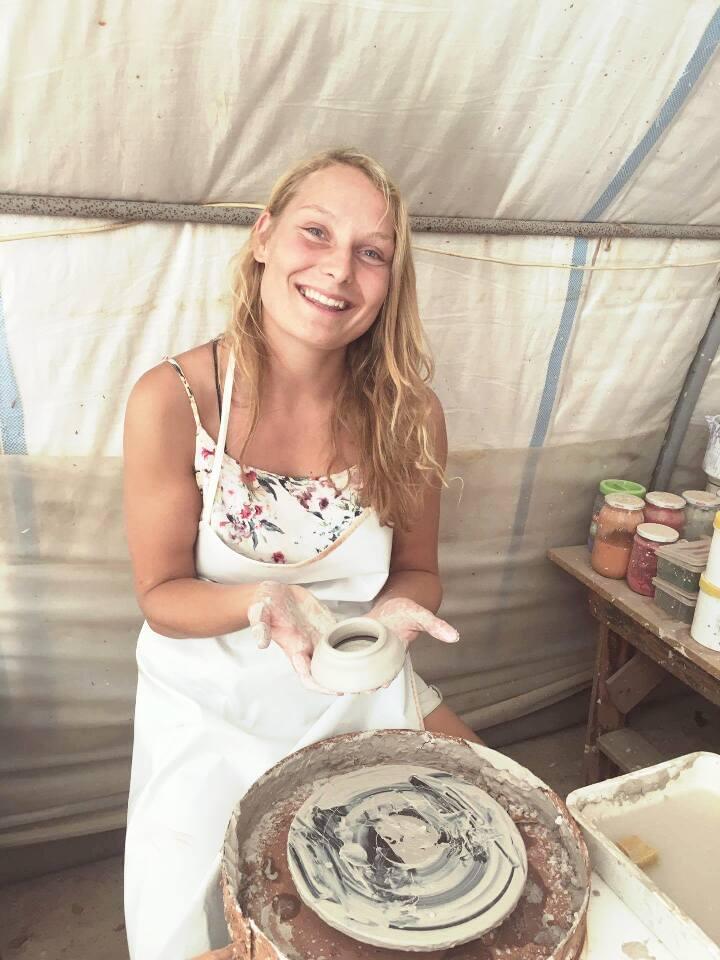 In it latest advice to travellers, the Foreign Office says terrorists are "likely" to carry out attacks in Morocco and urges visitors to be "vigilant at all times".

It writes that "attacks could be indiscriminate or target foreigners", citing the last major terror incident in April 2011.

Seventeen people were killed and 25 injured in a large explosion caused by a bomb in Marrakech at the Argana Restaurant in Djema el-Fna Square. 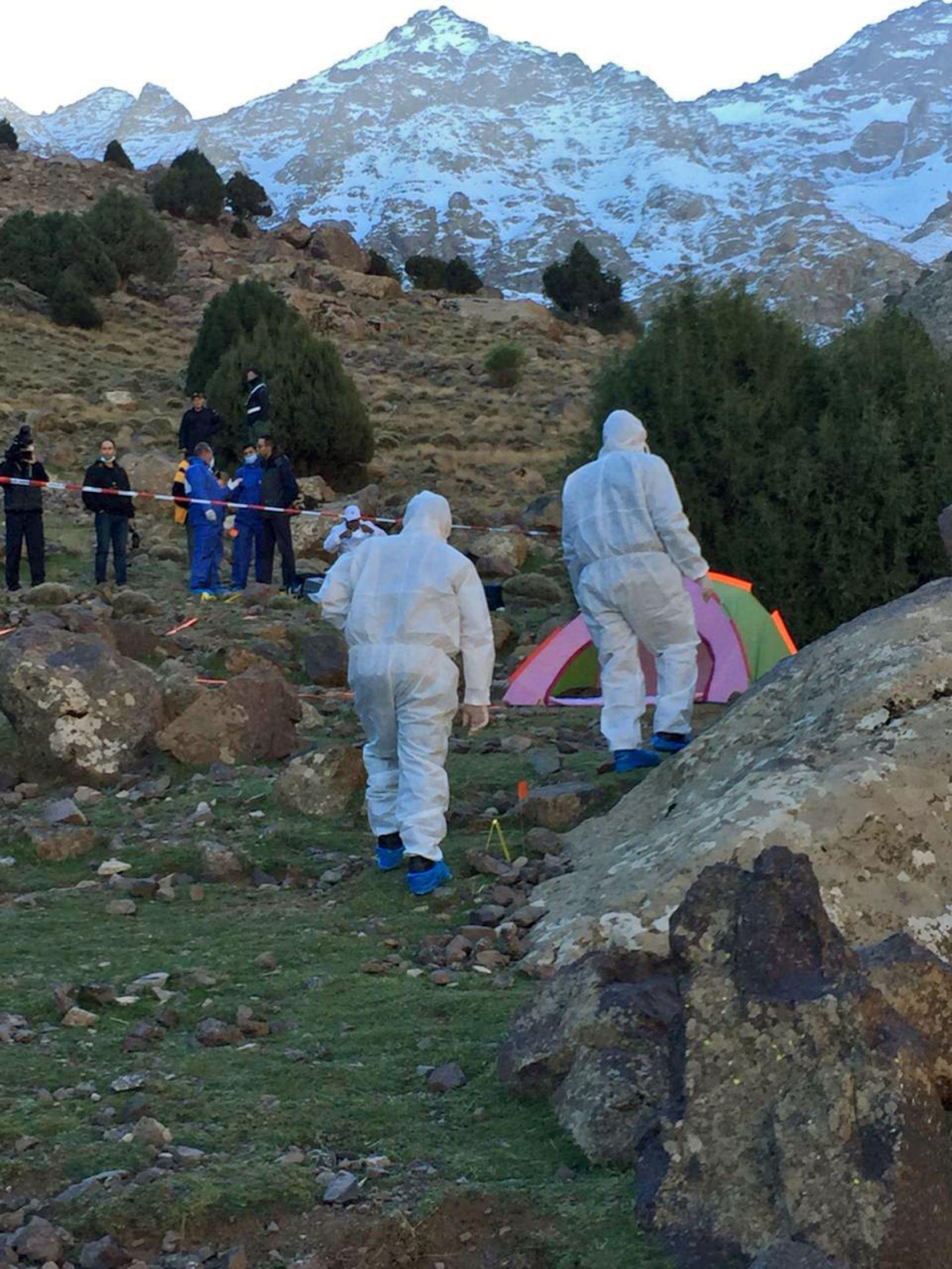 While Morocco is seen as relatively safe compared to its North African neighbours, a number of terrorists have become radicalised here. The Muslim-majority nation is considered as a main exporter of ISIS fighters to Syria.

Around 1,800 Moroccans have become jihadist fighters in Libya, Iraq and Syria in recent years, according Moroccan authorities.

Islamic State, which is losing territory, has claimed credit for a number of global attacks this year – although it has provided no evidence. 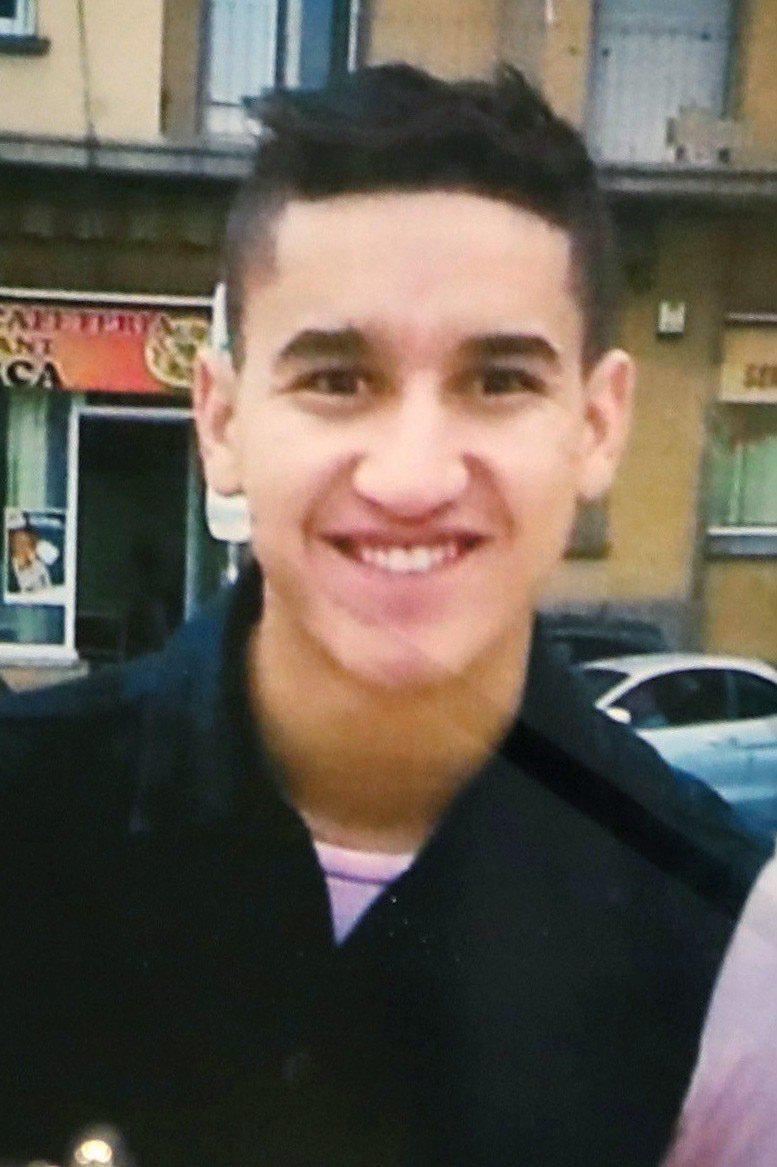 Some 1,000 jihadists are said to have been smuggled back to Morocco and Tunisia from the crumbling ISIS battlefields –  where six of the 12 terrorists who carried out massacres in Spain in September 2017 are believed to have hailed, the Guardian reported.

With the fast-shrinking Islamic caliphate, Morocco is now seen as a springboard for attacks in Europe.

For decades, Spain has been the main destination for Moroccans who form 16.4 per cent of immigrants in Spain – making them the largest migrant community in the country.

The two countries nearly touch across the Strait of Gibraltar and Spain has two enclaves in North Africa separated from Morocco by barbed wire fences to stop illegal crossings. 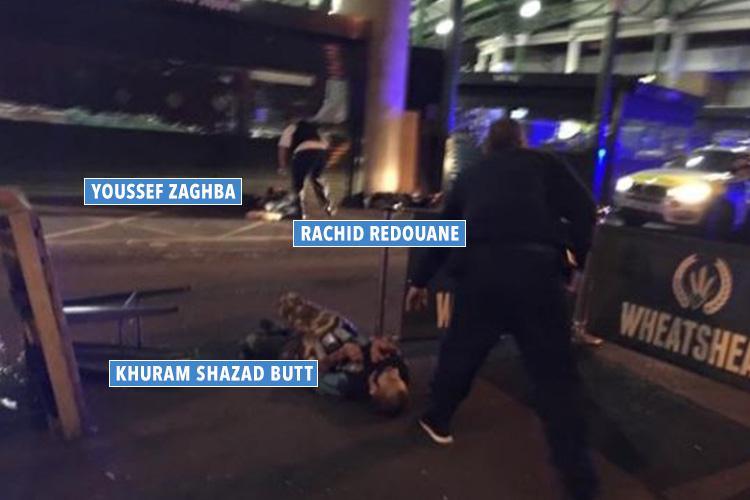 Official figures show more than 3,300 migrants entered Spain illegally by sea from Morocco in the first four months of 2017.

This figure has tripled compared to just over a thousand in the same period in 2016, UN's International Organisation for Migration reported.

As Spanish police piece together the perpetrators behind the Catalonia attacks, their anti-terrorism operation has focused on dozens of men of Moroccan origin.

Moroccan-born Moussa Oukabir, 18, was one of five jihadists shot dead in Cambrils after they drove in to a group of pedestrians on August 17, killing one woman and injuring six other people. 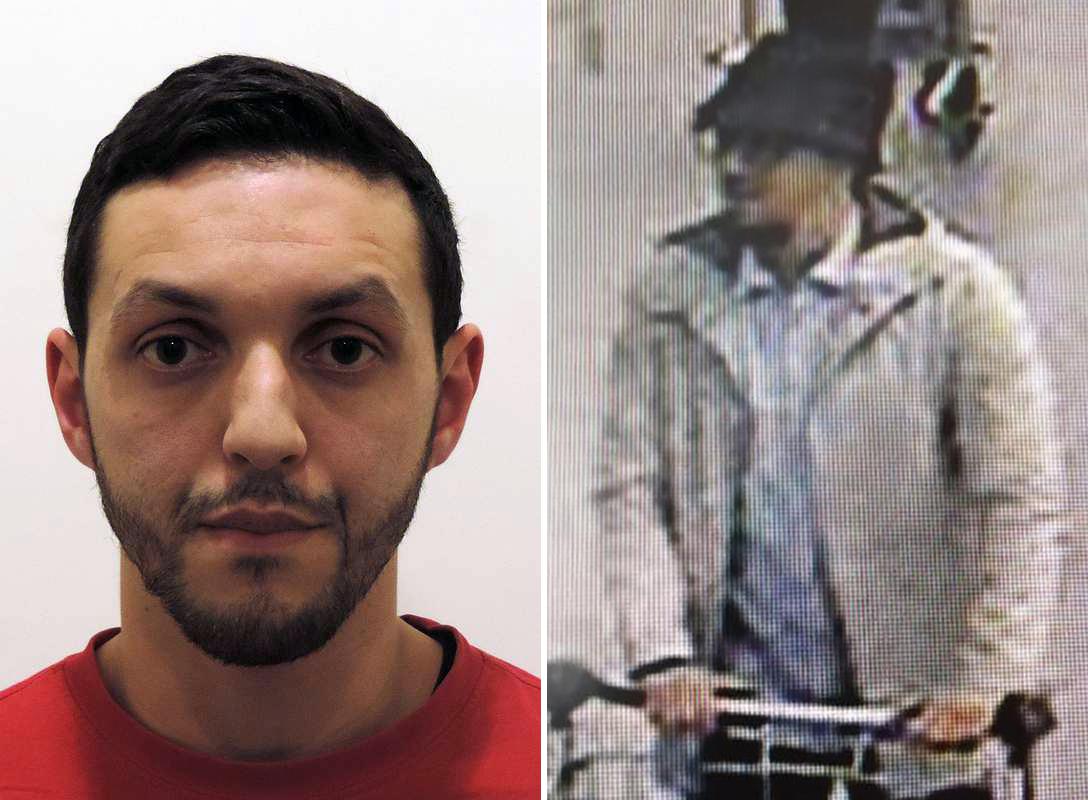 The 12-member cell is believed to be made up of brothers and childhood friends from Ripoll described as integrated, well-liked and responsible members of their tight-knit community.

But it is not the first time radicalised Moroccan youths living in Europe have been at the centre of terror attacks.

Two of the three men who carried out the London Bridge massacre on June 3 2017 were from the North African nation –  chef Rachid Redouane, 30, and 22-year-old Italian national Youssef Zaghba.

They wore fake suicide vests and drove a van into pedestrians before stabbing people in the busy Borough Market killing seven people.

Moroccan men were also involved in the Paris attacks in November 2015 and the Brussels airport bombings four months later which claimed the lives of 32 people.

Belgian-Moroccan Islamic terrorist Abdelhamid Abaaoud was the ringleader of the Paris attacks while Moroccan brothers Salah and Ibrahim Abdeslam carried out the attacks.

Mohamed Abrini, who was dubbed the “man in the hat” accompanied two suicide bombers in the Brussels airport attack.

He was caught on CCTV with Moroccan brothers Ibrahim and Khalid el-Bakraoui moments before the suicide bombing. 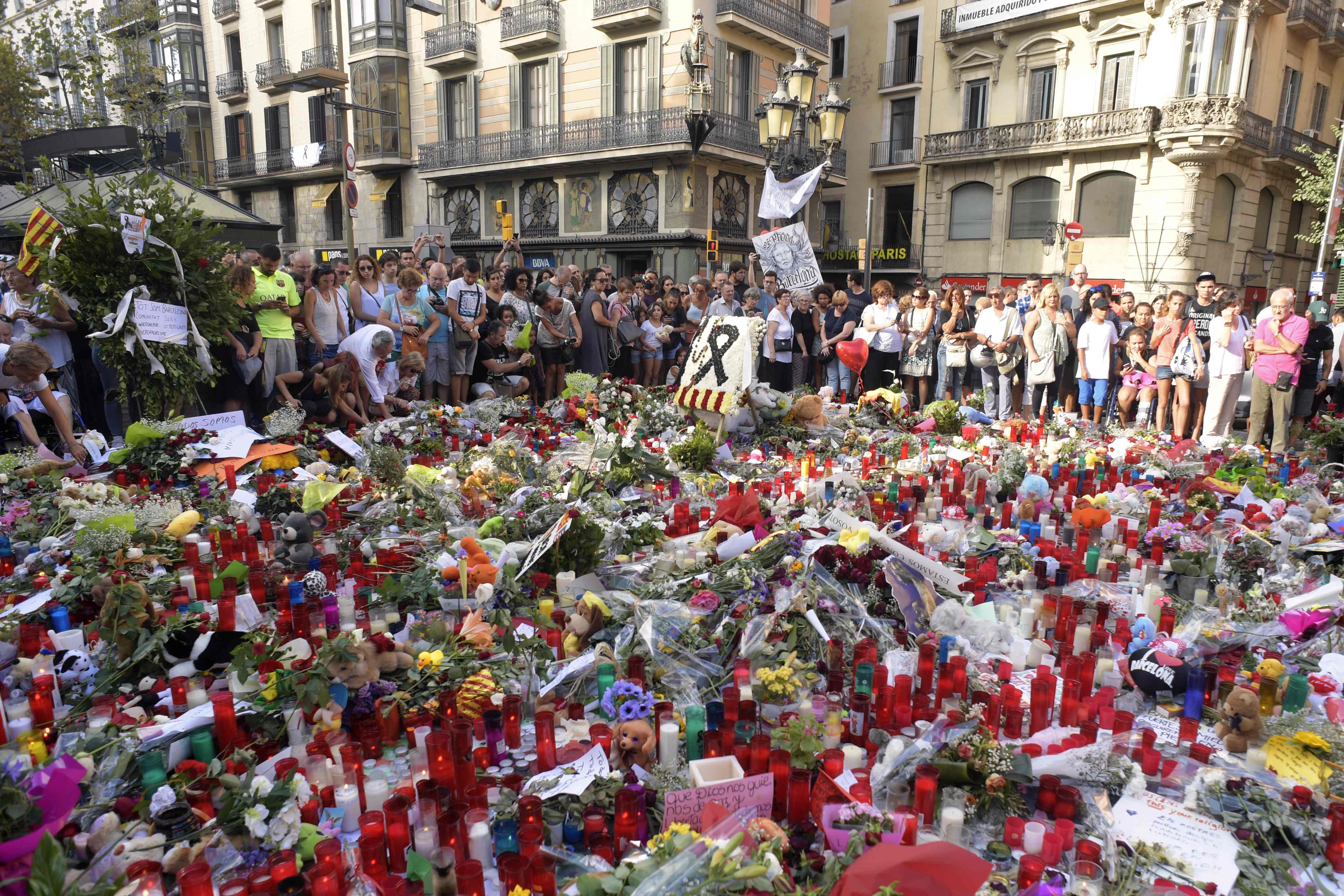 Belgian-Moroccan Najim Laachraoui, the bomb maker involved in the brutal terrorist attacks on Brussels also assembled the suicide vests for two of the terrorists who carried out the Paris atrocity in 2015.

The perpetrators reportedly had connections to the Middle East-based jihadism. Laachraoui, for example, is known to have travelled in Syria in 2013 where he worked as an ISIS prison guard.

Meanwhile, in Morocco, where around 600,000 British holidaymakers go every year, intelligence has managed to largely contain its domestic terrorism problem through a combination of robust security measures.

According to the Director of the Central Bureau of Judicial Investigation (BCIJ), Abdelhak Khiame, security officials broke up 167 terrorist cells since 2002. 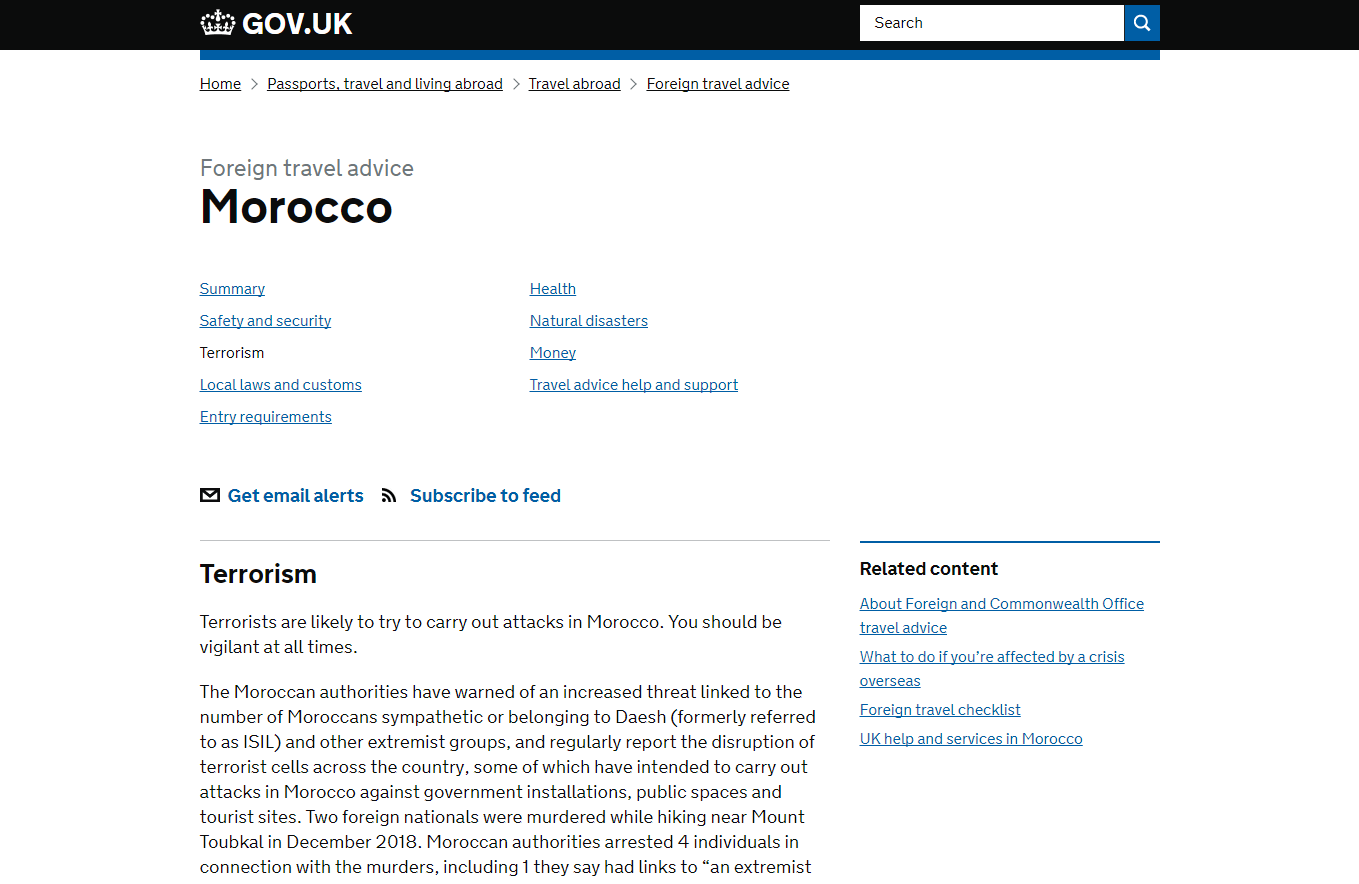 Around 276 terrorist plots were foiled and 2,720 suspected terrorists were arrested.

Even Donald Trump's second executive order on immigration, which bars citizens of six Muslim-majority countries from entering the United States – didn't include Morocco.

Dr Charles Saint-Prot, General Director of Observatory for Geopolitical Studies in Paris, believes Morocco remains a stable country and is an important actor against the risks of radicalisation.

Speaking to The Sun Online, he said: "There are fragile elements in all the immigrant populations in Europe and some of these people can sink into terrorism. 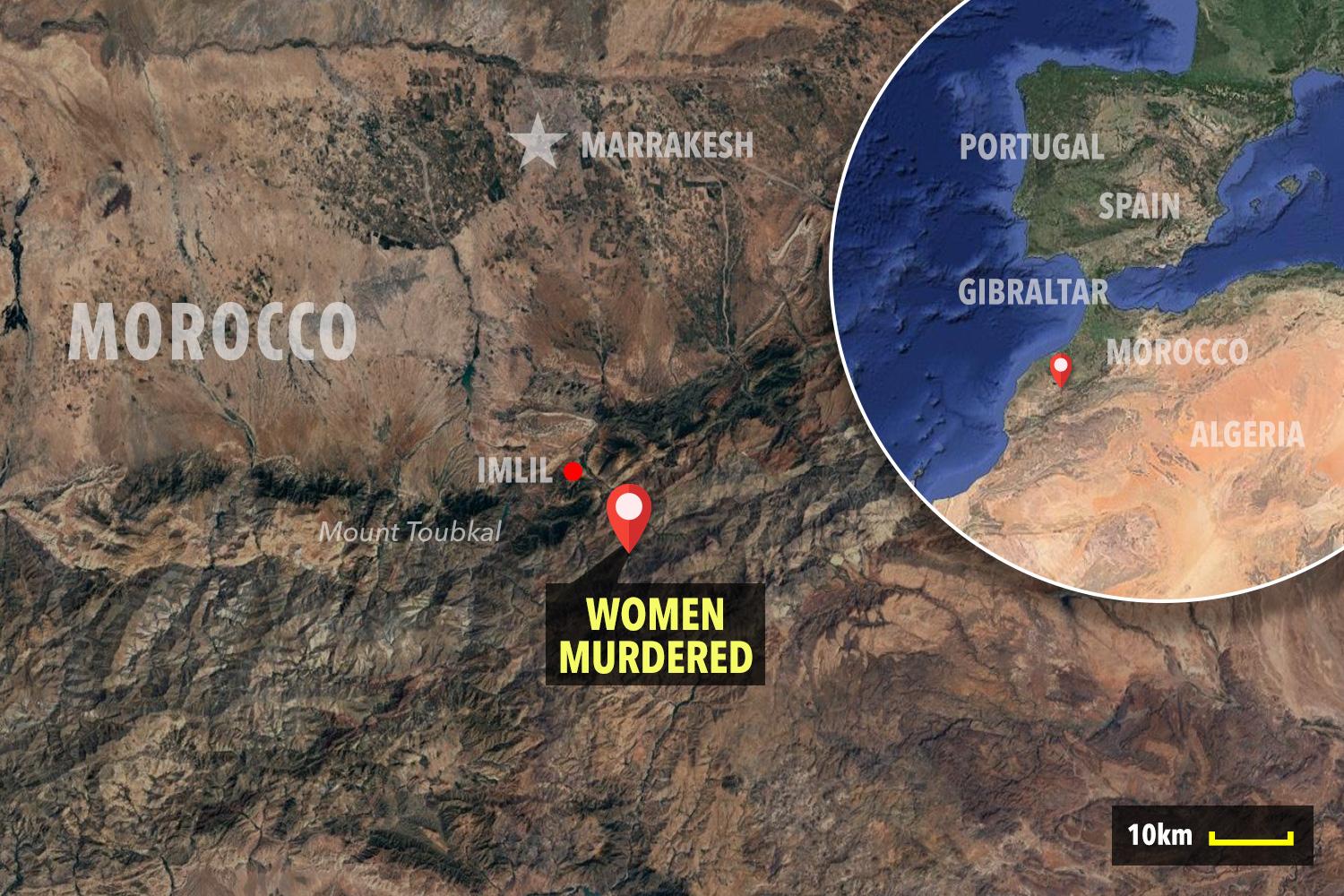 "As regards Morocco, risk of becoming a breeding ground for terrorism is lesser than somewhere because there are many factors of moderation.

"Morocco practises a moderate Islam and their monarchy is the symbol of the tolerant and modern Islam is a good rampart against extremism."

But Sarah Feuer, an expert on politics and religion in North Africa, from the Washington Institute, believes jihadism remains a threat within Morocco.

She said: "The fact that so many Europeans of Moroccan origin seem to be implicated in the recent attacks suggests the kingdom’s domestic policies aimed at countering extremism have not sufficiently dried up the ideological sources of extremism for Moroccan nationals living abroad."

Moroccan Islam expert Bilal Talidi said one cause of radicalisation among young Moroccan men after moving to Europe is "the tug-of-war between two identities and two educational cultures, social marginalisation, a precarious economic situation and a criminal record".

Dr Saint-Prot added: "Radicalisation of some people – not only Moroccan, mainly young and in fact very few, is due to the fact that a number of these people are badly integrated and refuse to respect the rules of the societies where they live."

He added: "It is an unacceptable act that does not fit with the values and traditions of Moroccan people nor the traditions of the area where the crime happened."