Kashmiri poets use their work to express anguish against the stripping of region’s autonomy and security crackdown. 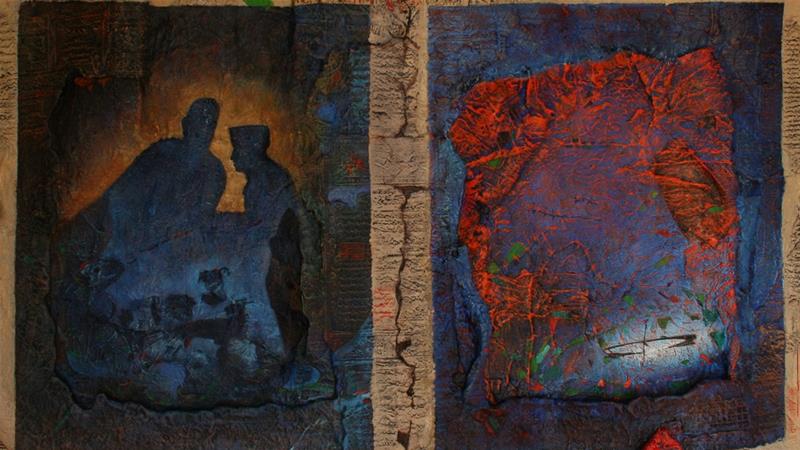 “It is a wound on our hearts and it will never be healed,” she said. “Till we are alive, it will keep on hurting us.”

More than four months since the unprecedented move, the landlocked Kashmir Valley of seven million people remains disconnected from the outside world, with the shutdown of internet and phones.

The Hindu nationalist government of Prime Minister Narendra Modi deployed thousands of additional soldiers to one of the most militarised zones of the world.

Zahid, a 55-year-old homemaker and poet, was determined to capture the mood through her poetry.

“Kalaam kar mahdood, zav tchatnai, pind dinai,” she wrote, which roughly translates into: “Restrict your words, (or) your tongue will be cut, you will be choked.”

In an unprecedented iron-fist clampdown, thousands of people have been detained, including minors. 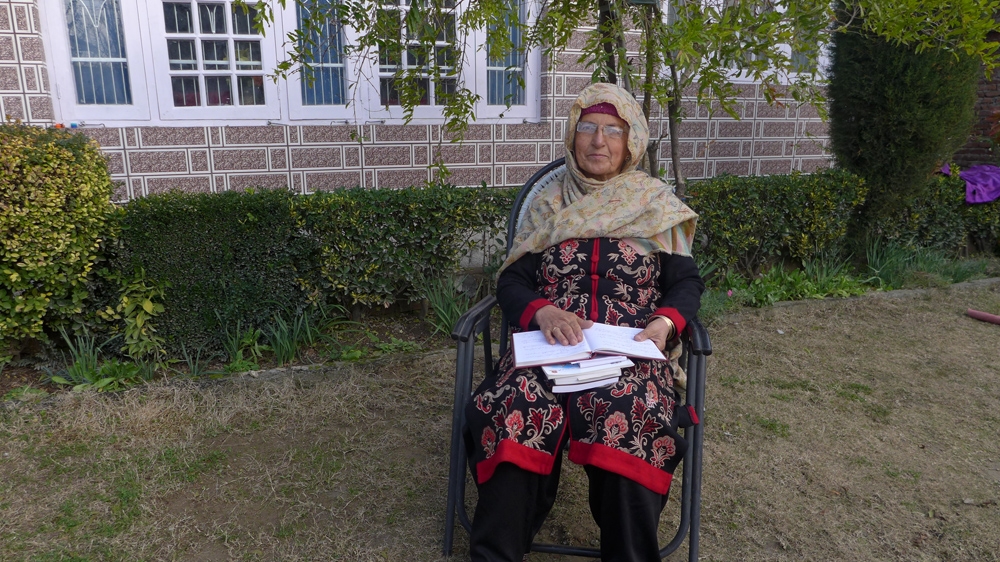 “Your fate will be such,” Zahid wrote in another verse,” you will take refuge on a mountain and a cave”.

“If only, you become my slave
you will prosper,
for a speck of land
I will give you a million dinar,
I will wear you a turban
so you look like an officer,
if you talk truth
I will strangulate you,
whether you be
king or a seer”.

Zahid, who has been writing poems since her student days, said her writings are a reflection of what she sees every day.

“When there is no way to speak due to fear, this was the only small way of expression for me to lighten up my own heart,” she said, referring to the communication blockade of the past four months.

A mother of two children, Zahid said the most painful moment during the past four months was the detention of children.

“Eight year olds were snatched from the laps … bundled into jeeps, noses running, eyes swollen … they searched for their mothers … if you let others know, your throat will be slit,” she said in the verses that were inspired by the pain the detention of minors.

“Forever,” Zahid continued, “you will feel this pain … hearing this some fell asleep calling for their mothers … some stood awake the night praying …some withered in jails, some entered the graves … for some, their mothers are still in wait”.

The government records have stated that at least 144 children were detained in the four months period since the abrogation of Article 370, a law that had protected the demography of Kashmir.

“As a mother I could not bear to think how a child would sleep without his mother in jail,” she said. “His mother must be waiting for him in the evening with an empty plate. I imagined the whole situation and I wrote about it,” she said.

Like Zahid, Ruksana Jabeen has also penned poems about the recent political upheaval in Kashmir.

“Poetry comes into being when you feel pain and hurt,” Jabeen said at her home in Srinagar, a city of 1.4 million people where paramilitary checkpoints have become a permanent feature during and the markets and schools continue to remain shut.

Jabeen, who has been writing poems for last four decades in Kashmiri, Urdu and Persian languages, felt it was her responsibility to write.

“Those who do not write about their surroundings lack conscience,” she told Al Jazeera.

In one of her poems, Jabeen made a stoic statement: “Rulers,” she wrote,”don’t understand our language … even when we say no, they consider it a yes.”

Jabeen said she wrote this verse about the abrogation of Article 370 as the Indian government “insisted” that people in Kashmir were happy with the decision.

“Our mouths are shut, our ears are blocked, our hands are tied and they pretended that they will wear ornaments on our bodies while they ruin us,” Jabeen said.

“There is no question of not writing in this situation. It was a very difficult situation, we felt like in a jail,” she said.

Kashmiris remain fearful that the repeal of Article 370 will allow the Indian government to alter the demographic landscape similar to Israeli-style settlements on Palestinian lands.

“Tomorrow, the government can tell me to leave my home because they need it and I will not be surprised. Everything will be snatched from us. They are choking all spaces for us even in our homes,” Jabeen said.

In a quiet corner of the city, Suhail H Naqshbandi, a political cartoonist, went into a self-imposed exile from the work that he loved to do.

Naqshbandi said he has not drawn cartoons since August 5. “It felt like a mental siege,” he said.

The popular cartoonist is currently working on a book of paintings. “I thought it is something that a person imagines and desires beautiful landscapes around his place, that’s how a prisoner feels, he wants to be in those landscapes,” he said.

Masood Hussain, a renowned painter in Kashmir whose works have been globally acclaimed, said that people are “still in shock and unable to react”.

“Our state was already divided into so many parts and now they are further dividing us. This is one of the biggest shocks of our life,” he told Al Jazeera, referring to the division of the state. The two new regions – Jammu and Kashmir, and Ladakh – will now be directly ruled from New Delhi.

“We do not know what our future will be like.”