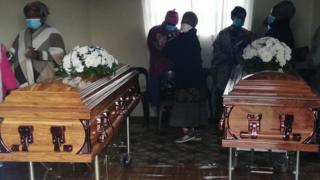 A ban on large funerals in South Africa has forced people to give up many traditions, but they have also rediscovered old ones, including “secret burials”, as the BBC’s Pumza Fihlani reports from Johannesburg.

All it took was one funeral and 40 people were infected with coronavirus.

On 21 March, less than a week after President Cyril Ramaphosa had declared a national state of disaster and banned large gatherings to help contain the spread of coronavirus, around 100 people attended a funeral ceremony in Majola village, Eastern Cape.

The village, which lies in the sleepy rural community of AmaMpondomise, is now the epicentre of the virus in the area. The 21 March funeral, along with two others in the city of Port Elizabeth, account for 200 Covid-19 cases in the province – about a quarter of the total.

Under the current provisions, 50 people are allowed to attend a funeral, but the number is too small for some.

Eastern Cape Health Department spokesperson Sizwe Kupelo says some families have been “defying” the authorities, causing a spike in cases.

“We are gravely concerned about funerals in the province,” Mr Kupelo is quoted as saying by News24.

“We have welcomed submissions made by traditional leaders to the national health minister to have all deceased receive the same treatment; that is, to be transported directly from the mortuary to the cemetery.”

But it is very hard to change these deeply engrained traditions and there are reports that large gatherings for funerals continue.

“Funerals, like weddings and initiation celebrations in traditional communities are important rites of passage, they mark the most important moments in a person’s life,” explains cultural expert Professor Somadoda Fikeni.

“Africans have embedded in their social fabric the issue of social support and human solidarity – community and kinship.”

Everyone pays their respects

When a family is bereaved, people will travel long distances to attend both the funeral and the days of ritual in the run-up. These include repeatedly visiting the family at home to pay respects and to lend a helping hand with the preparations.

Livestock also needs to be slaughtered in order to feed the anticipated guests, the cooking needs to be done, often at close quarters, and in rural areas, the grave needs to be dug, with people sometimes sharing the same pick and shovel.

Those who attend the ceremonies are not necessarily intimately known to the bereaved family. They could be from the local church, the burial society, or simply a passer-by who hears of the tragedy and wants to show their support.

On the day of the funeral, hundreds gather for a church service, sitting in close proximity. When the day’s proceedings are done community members form a human chain to deliver the food to the hundreds who have come to commiserate. And the guests eat together, again in close proximity.

“It’s a transmission for belt for the virus,” warns Mr Fikeni.

In a bid to find an alternative and safer way to bury relatives, AmaMpondomise King Zwelozuko Matiwane issued a ban on all funeral services in his kingdom with the aim of re-introducing the ancient practice of ukuqhusheka, or secret burial. 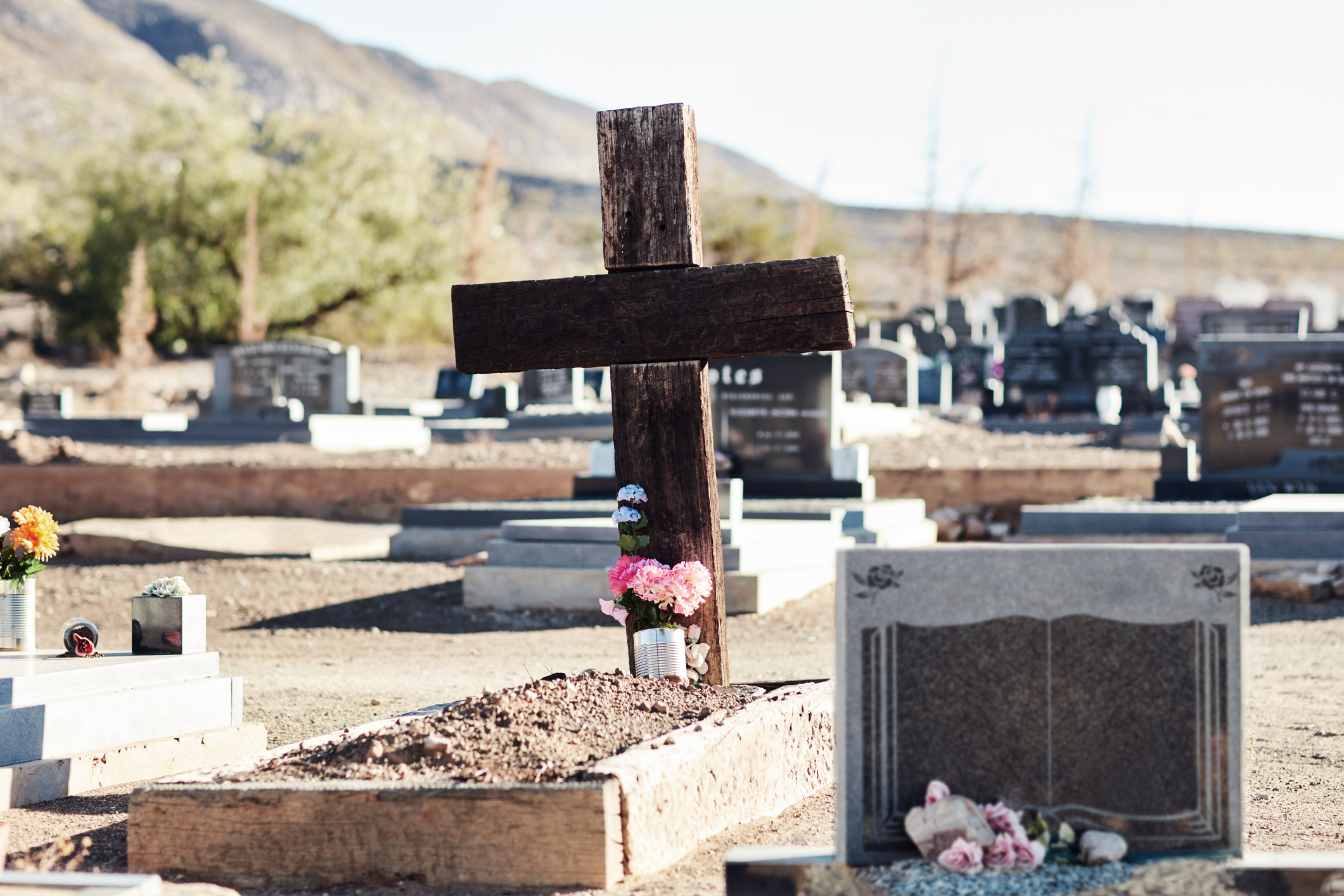 In the time of coronavirus

Maxiumumof 50 people allowed at a funeral

Social distancingmust be observed during the ceremony

His spokesperson, Nkosi Bhakhanyisela Ranuga, says the decision was made after consulting local traditional leaders.

“We are trying to protect our people in this pandemic.

“When following this custom [of ukuqhusheka] this means people are called on to bury either on the same or the next day and with only those who were present at the time of passing,” he tells the BBC.

“By returning to this ancient practice this would mean only immediate family members will able to bury a person. After the burial, the family would still be able to hold an intimate customary cleansing ceremony when they return from the burial site,” explains Mr Ranuga.

These ceremonies are done through a ritual offering to cleanse the family of a “dark cloud of death”. They are usually private affairs with only close family present.

As well as reducing the risk of spreading coronavirus, some support the return to ukuqhusheka because of how much money families stand to save on funeral costs, especially now when money is tight.

“Families get into huge debt in order to pay for funerals nowadays,” Nosebenzile Ntlantsana, a community leader, says.

“As traditional leaders we often need to intervene in settling disputes between families and service providers when the families cannot pay. It is heart-breaking to see how much pressure there is to have big funerals these days – maybe this practice will help families especially in our communities.”

Funeral services have changed from a near all-day affair to a one-hour service held in the family home where 50 people gather, then a procession of 25 or less to the graveyard.

Rituals helped me cope with loss

“Some of the main challenges families share with us about burying during this time is not being able to mourn the way we usually do,” said Siyabulela Jordan, owner of Eastern Cape-based Sinoxolo Funeral Directors.

“All the typical African glory at funerals has been overshadowed by the regulations, the entirety of funerals have changed. The inability to embrace one another because of social distancing is also a factor for them at this time.”

Eight months ago, I lost my mother-in-law, a woman I had great love and respect for.

It was a devastating loss, but we were supported from all sides, even from people who had last seen the 78-year-old when she was a health worker in her 30s. They had heard the news of her passing and needed to come to comfort her children.

And with each passing day, being immersed in the preparations and the scores of well-wishers moving in and out of the house, the elaborate rituals became a gentle nudge towards accepting the unchangeable truth, the permanence of death.

‘Need for counselling’ after restricted funerals

Mr Fikeni says this essential part of the grieving process would need to be factored in to the new arrangements.

“Perhaps there will be a need for a type of counselling for those who’ve been forced by the current circumstances to bid farewell to their loved ones this way.”

But the need to find a new way of conducting funerals is not only a rural problem. In more urban settings where there is limited burial space, officials are worried by the possibility of mass graves.

All these changes point to one thing – that the rich traditions associated with certain aspects of life and death in South African have gone for now.

These are the traditions that emphasised togetherness, the very thing that the virus appears to thrive on.