A MATH teacher, who was caught on video wearing a fake Native American headdress while stomping and hollering around the classroom, has been doing the same bizarre trigonometry lesson for nearly a decade.

Candice Reed, a John W. North High School teacher in California, was placed on administrative leave for the "completely unacceptable and offensive depiction" of Native Americans, the Riverside Unified School District said in a statement. 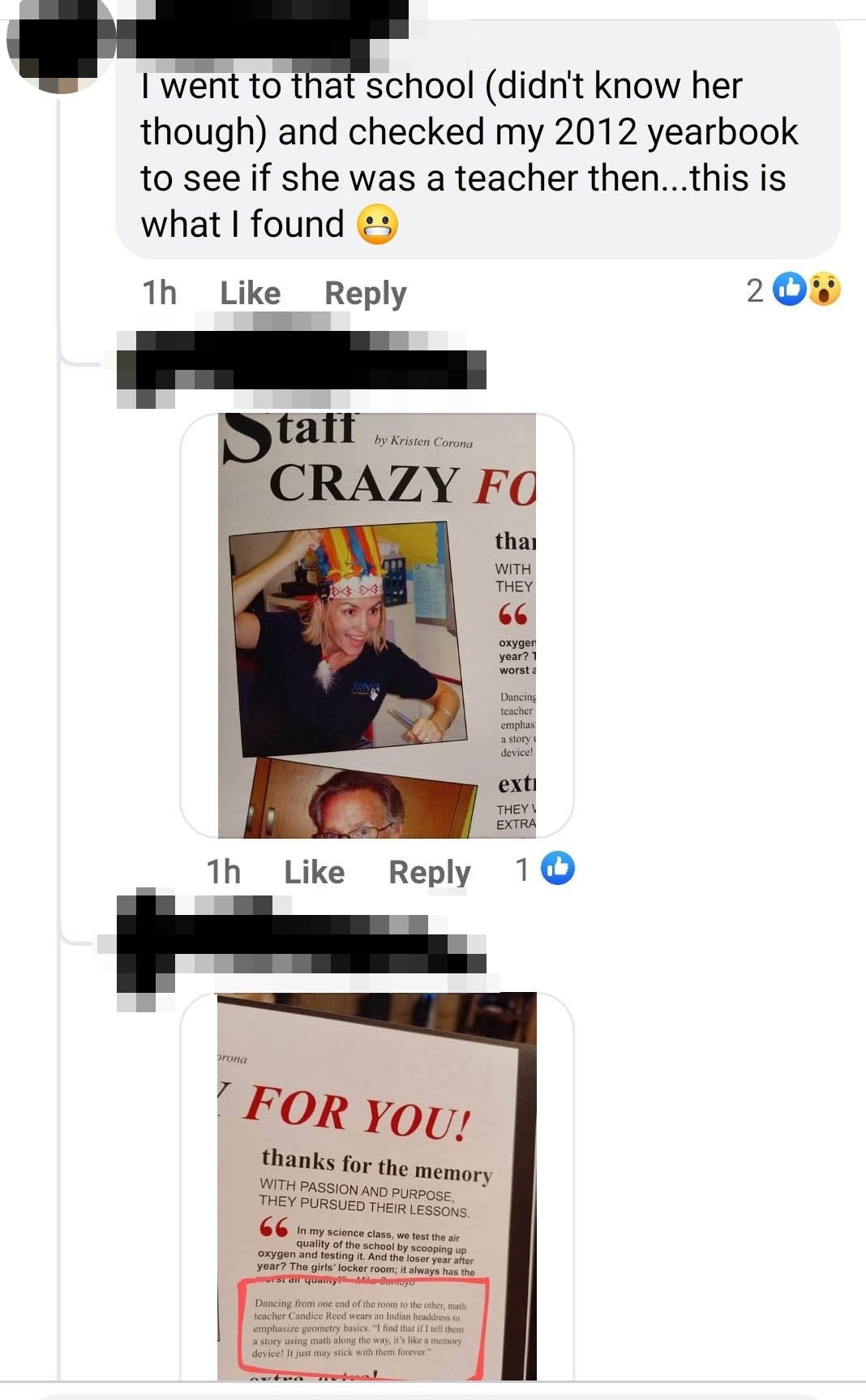 However, the teacher was pictured in a similar fake headpiece in a 2012 yearbook photo.

Under the 2012 yearbook photo is a quote allegedly said by Reed: "I find that if I tell them a story using Math along the way, it's like a memory device! It just may stick with them forever."

She was disciplined after the video was seen nearly six million times on social media and sparked outrage, demands for Reed to lose her job, and protests outside the high school from the community and the Native American population.

HOW THE SCHOOL DISTRICT RESPONDED

The Riverside Unified School District admonished Reed's actions in a statement released on Thursday and said "her actions do not represent the values of our district."

"The Riverside Unified School District values diversity equity and inclusion and does not condone behavior against these values. We are deeply committed to implementing inclusive practices and policies that honor the rich diversity of our district and the greater region. We will be working with our students, families, staff, and community to regain your trust."

The school district didn't name Reed in its statement, but she was outed on social media and during Thursday's school board meeting.

She's been placed on leave while the district investigates the issue, but it's unclear if it's paid or unpaid leave.

Her contact information has since been removed from the school district's website, and the US Sun's attempt to email her for contact was returned with the message, "Address not found."

Several community leaders, parents, alumni, and students spoke during Thursday's school board meeting. Most of the speakers who discussed the issue called on the school district to fire Reed.

A young Native American student said, "Candice Reed, I'm mad at her. When I saw that video of her, I just felt like I was gonna explode. She's been doing this for so long.

"Maybe it was the video that came out the other day, but someone could have reported long ago that she was doing this for so long.

"She's racist, and that just makes me so mad. Me and my people we don't have our rights still. I feel so sad. We are still fighting for it," she said as she wiped tears from her eyes and paused to collect herself.

"I don't like how people are treating us. They treat us badly and bully us, and nothing has happened for so long. Me in my mind just say we've been treated so badly so so long but you can change things. You have the power to change things but you don't.

"I just want me and my people to have rights. We've been protesting, going to meetings, talking out loud but nothing has happened."

Another speaker read a comment from his friend – Joshua Thunder Little, a doctoral candidate at UC Riverside in Native American studies and member of the Oglala Lakota Nation – said Reed's behavior was "egregious."

"The harm that she has caused towards the representation of indigenous people continues the racist issues that Native people have to face in America's education system."

School board president Tom Hunt told the speaker not to say the teacher's name, but that didn't stop any speaker from mentioning Reed's name during the eight-hour board meeting. 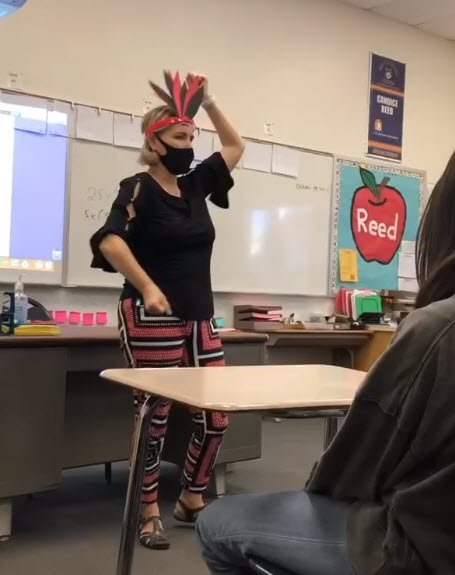 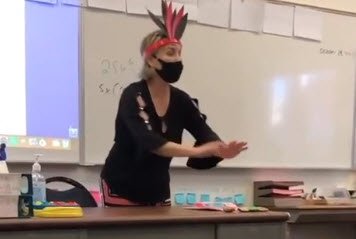