How world leaders from Britain to China are watching the U.S. election

While the world will be closely watching the U.S. election, some countries will be watching more closely than others.

A number of world leaders have a personal stake in the outcome, with their fortunes depending heavily on the success — or failure — of President Donald Trump.

Perhaps none has so much riding on a Trump victory as Israel’s prime minister, Benjamin Netanyahu. The Israeli leader, who had a rocky relationship with President Barack Obama, has praised Trump as “the greatest friend” Israel ever had in the White House.

Trump has delivered a series of diplomatic gifts to Netanyahu, recognizing Jerusalem as Israel’s capital, withdrawing from Obama’s nuclear deal with Iran and offering a Mideast plan that heavily favours Israel over the Palestinians. The White House brokered the establishment of diplomatic ties between Israel and the United Arab Emirates and Bahrain.

But Netanyahu’s close relationship with Trump — and more broadly the Republican party and its evangelical Christian base — has come with a price. It has undercut Israel’s traditional bipartisan support in Washington and alienated many Democrats, especially the rising progressive wing, and the largely liberal Jewish American community.

“For Netanyahu, a Biden victory would be a disaster,” said Eytan Gilboa, an expert on U.S.-Israel relations at Israel’s Bar Ilan University. He noted that Biden has already promised a different approach to Iran and the Palestinians.

Sidelined and humiliated by Trump, the Palestinians have made no secret about their hopes for a Biden victory.

“If we are going to live another four years with President Trump, God help us,” the Palestinian prime minister, Mohammad Shtayyeh, said last week.

Here is a look at some of the other world leaders who have a big stake in the U.S. election: 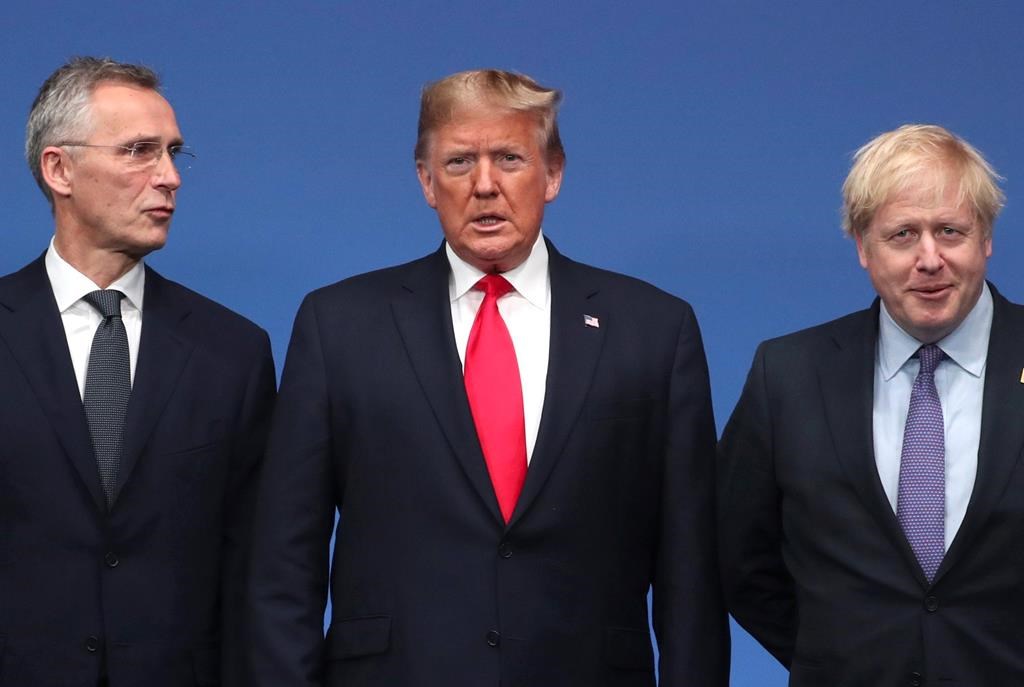 The Conservative prime minister’s bombastic style and populist instincts have often been compared to Trump’s and the two have struck a friendly relationship. Trump has called the British leader a “great guy.”

Trump’s enthusiasm for Brexit helped Johnson talk up the prospect of securing a quick U.S. trade deal now that Britain has left the European Union.

Kim Darroch, who was the British ambassador to Washington until 2019, said recently that Johnson would likely be Trump’s “best friend in Europe” if the president is reelected.

Still, London and Washington differ on many international issues, and a Biden victory could restore relative normality in trans-Atlantic relations. 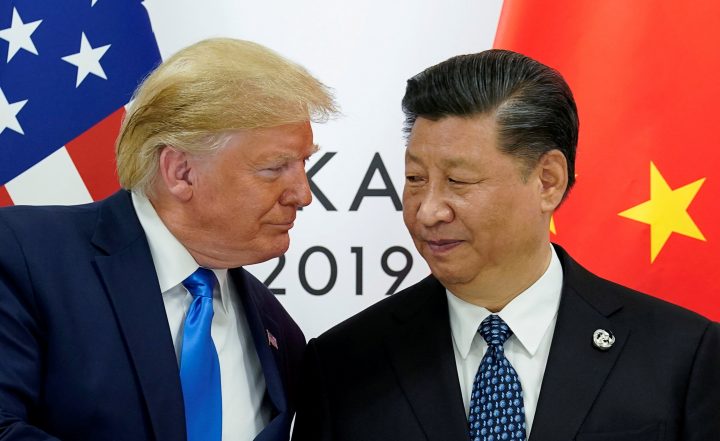 For the Chinese leader, a second Trump term would bring a continuation of the bruising trade disputes, diplomatic jousting, and near-daily accusations against China on issues from human rights to the environment and the South China Sea.

Trump’s onslaught has offered Xi an opportunity to portray the U.S. as a declining democracy coping with racial unrest and a bungled response to the coronavirus.

Under Biden, the U.S. may move closer to its allies and reengage with international organizations that might make demands of China. But Biden would bring a level of predictability and normalcy that Chinese leaders prefer and lessen the chances of outright confrontation. 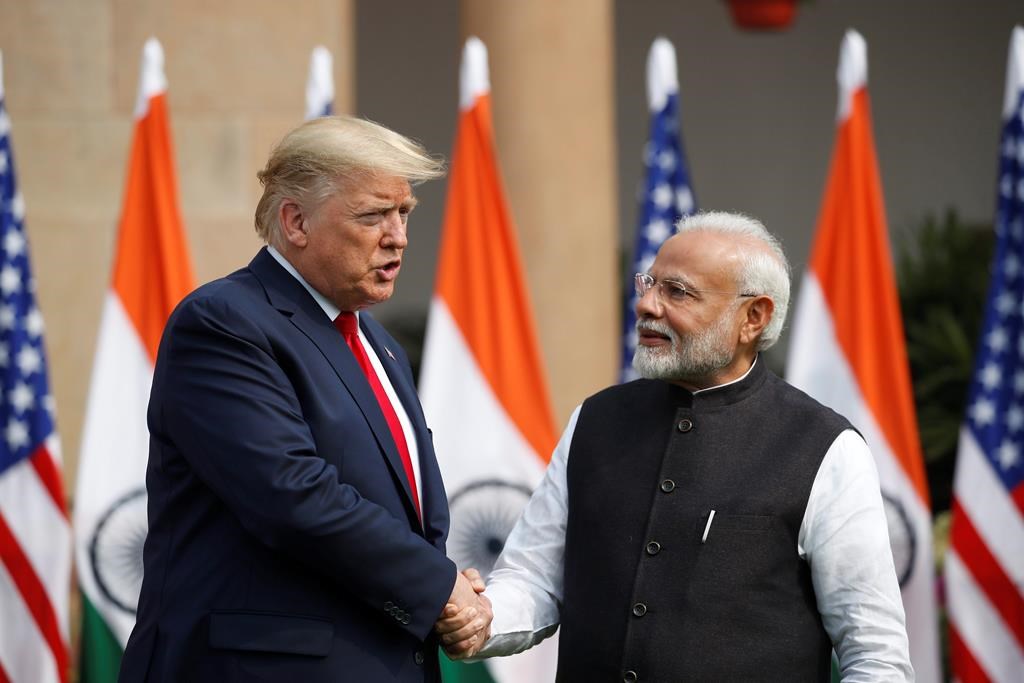 The right-wing populist prime minister and Trump are known for a similar style of leadership deeply rooted in using nationalist sentiments.

Critics say Trump has looked the other way while Modi carries out a Hindu nationalist agenda at the expense of Indian minorities. A victory could embolden Modi to continue his harshly criticized policies with little scrutiny from Washington.

In contrast, Biden and running mate Kamala Harris, whose mother was Indian, have been vocal about India’s controversial decision to revoke the Muslim-majority region of Kashmir’s semi-autonomy, the state of religious freedom in the country, press freedom violations and a new citizenship law seen as discriminatory toward Muslims. 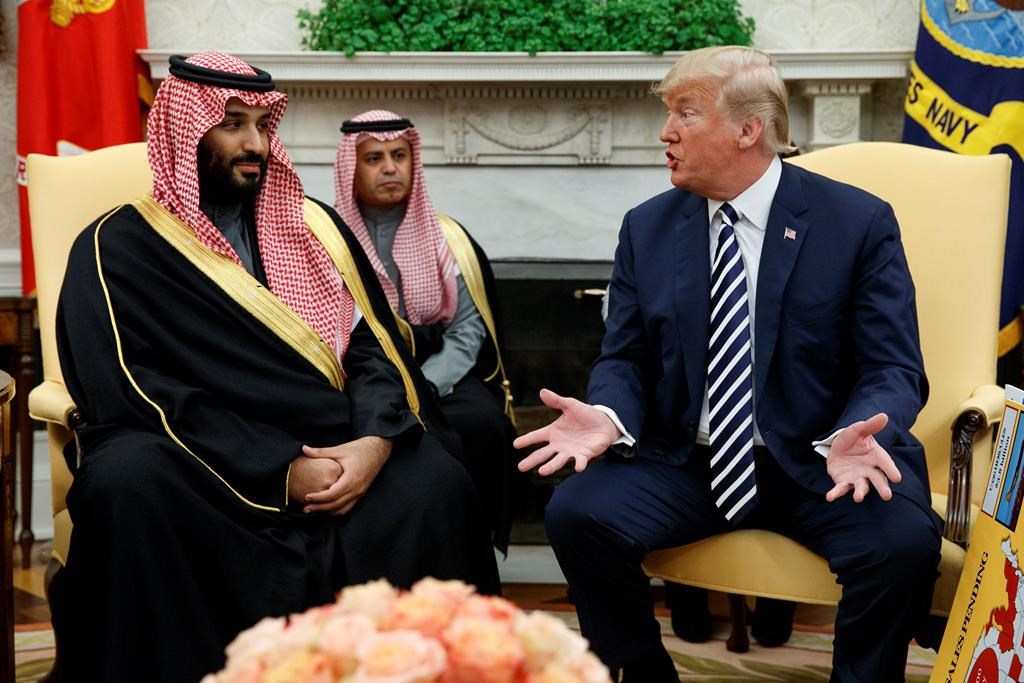 Saudi Arabia’s King Salman and Crown Prince Mohammed bin Zayed, the de facto ruler of the United Arab Emirates, were no big fans of the Obama administration. Their countries welcomed Trump’s withdrawal from the Iran nuclear deal and the imposing of sanctions that have sent Iran’s economy into a freefall.

Trump also stood by Saudi Crown Prince Mohammed bin Salman in the face of sharp criticism after the killing of Washington Post writer Jamal Khashoggi by Saudi agents in late 2018. Trump vetoed a Senate resolution that would have ended U.S. support for the Saudi and UAE-led war in Yemen, which has created the world’s most devastating humanitarian crisis.

The Mideast monarchs fear Biden could be an extension of the Obama era, with renewed engagement with Iran and greater concern for human rights. 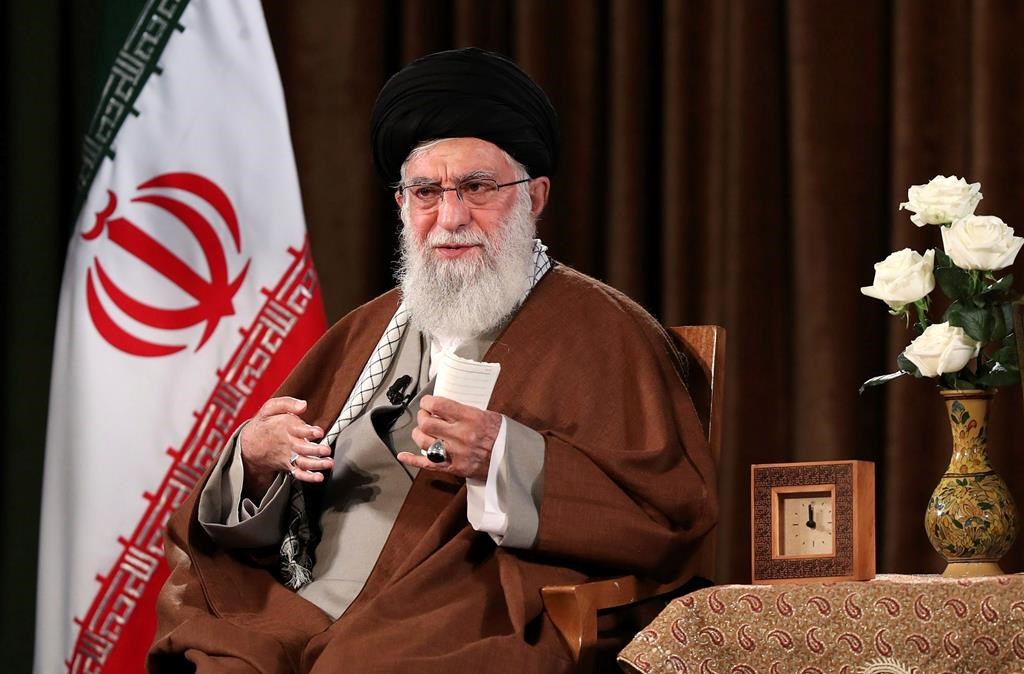 Iran’s supreme leader has suffered the equivalent of diplomatic whiplash between the Obama and Trump administrations.

People crowded the streets to praise the 2015 nuclear deal, hoping for normalized ties with the West. Trump’s unilateral withdrawal from the deal subsequently led to Iran resuming nuclear activities. Tensions ratcheted up in a series of incidents culminating in with an Iranian missile attack on U.S. forces in Iraq after an American drone strike killed a top Iranian general.

Biden has said that he’s willing to sit back down with Iran if it honours the limits of the nuclear deal. Another Trump term could see tensions again return to a boil. 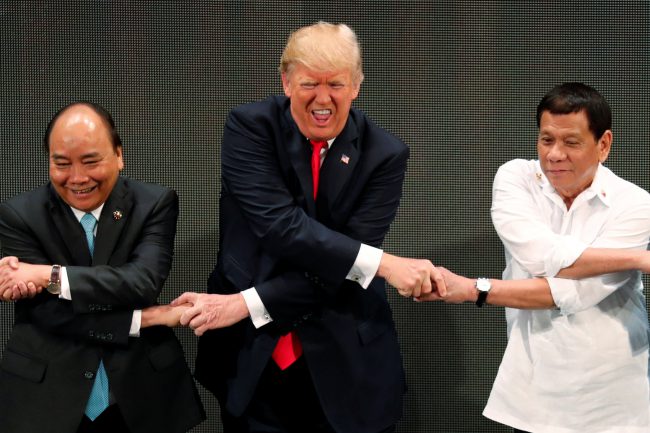 Regarded by some as Asia’s Trump for his unorthodox political style and brash language, Duterte has nurtured friendly ties with the U.S. leader and even called on American Filipinos to vote for Trump.

Trump, in contrast to Obama, has not publicly raised alarm over the Philippines’ deadly anti-drug crackdown. The tough-talking Duterte once said in a speech that Obama could “go to hell.”

A Biden victory could potentially bring a more adversarial relationship. 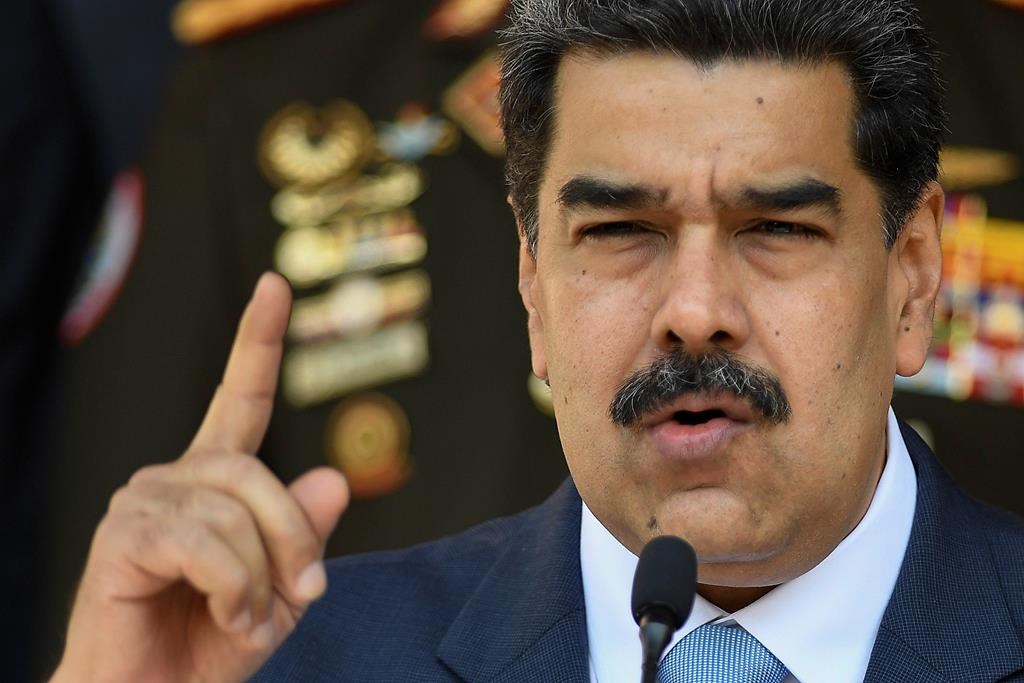 The embattled Venezuelan president expects no relief no matter who wins the White House.

Accused of authoritarian rule, Maduro oversees one of history’s most abysmal economic collapses, sparking the flight of 5 million Venezuelans from the country.

Trump has imposed stiff economic sanctions and endorsed opposition politician Juan Guaido. U.S. justice officials also indicted Maduro, labelling him as a narco-terrorist with a $15 million bounty for his arrest.

Biden has called Maduro a “dictator” and vowed to keep up the pressure.

“If Trump wins the elections, we’ll face him and defeat him,” Maduro said recently. “And if Biden wins, we will also take him on and overcome.” 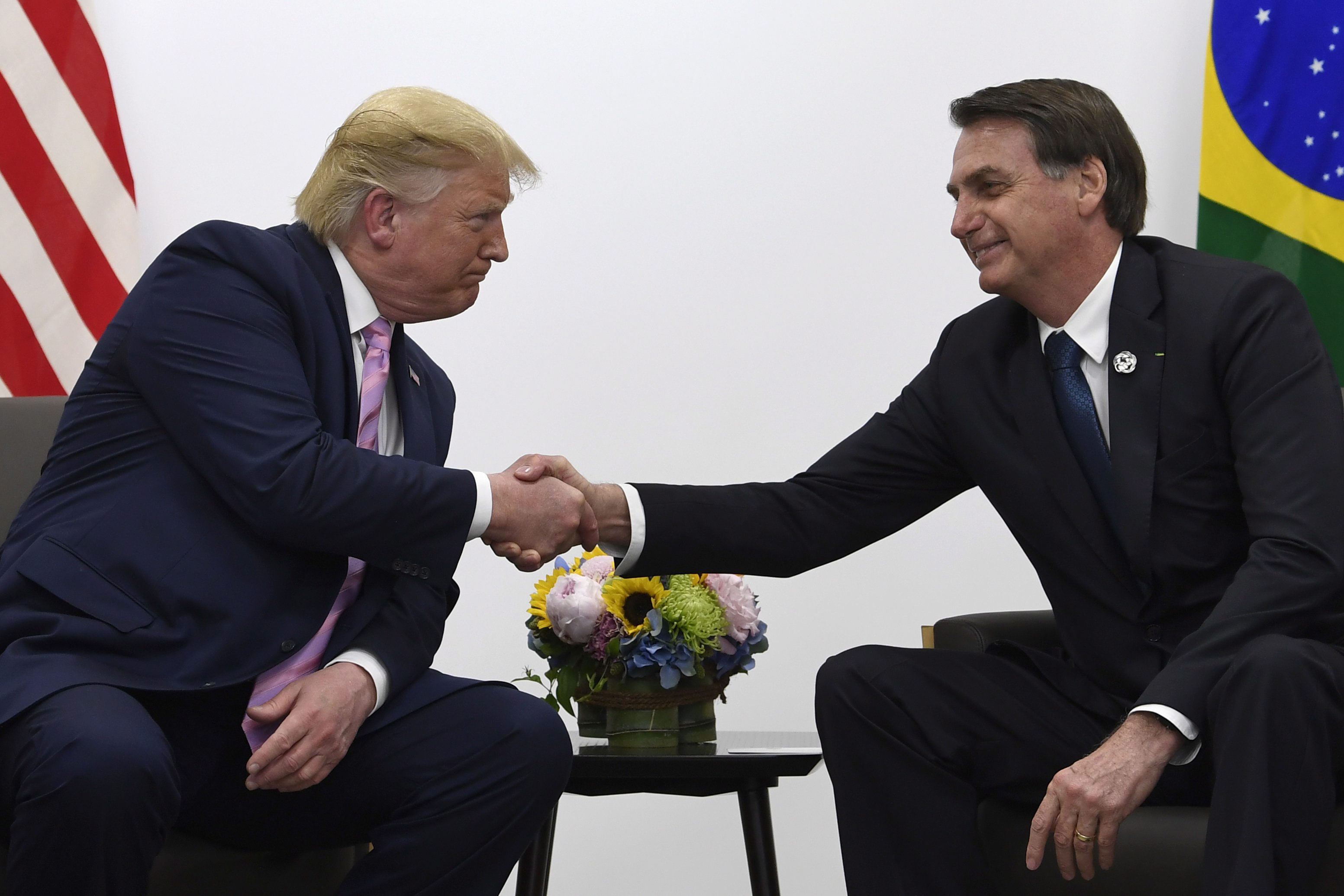 Bolsonaro has consistently sought to curry Trump’s favour, and this week expressed his desire to see him win reelection.

His son, Eduardo Bolsonaro, a lawmaker, was photographed wearing a TRUMP 2020 hat, and the American flag has become a fixture at pro-Bolsonaro rallies.

The Brazilian president took office with pledges to cut environmental red tape and facilitate development, particularly in the Amazon. Trump has kept silent regarding man-made fires in the Amazon rainforest, in contrast with some of his European counterparts.

Already there are signs Biden would be more proactive on pushing Brazil to protect its environment.