HSBC on average paid men 59 percent more than women, the biggest difference among companies in Britain.

Europe’s largest bank, has reported the largest difference in male and female staff salaries among large organisations in the UK, as the government looks to pressure big companies to reduce gender pay disparities.

HSBC on average paid men 59 percent more than women, the biggest difference among companies with more than 5,000 employees in Britain, according to a Reuters analysis of the published data using the mean as the measure.

The next largest gender pay gaps were at Virgin Atlantic, where men received 58 percent more on average more than women, followed by a unit of Barclays, where female staff earned 48 percent less than male colleagues.

Hoping to highlight gender discrimination and force companies into action, Prime Minister Theresa May has implemented long-planned reforms ordering companies with 250 or more employees to publish details of the salary difference between male and female employees by Wednesday evening and report back annually on the pay gap.

HSBC said it was confident in its approach to pay and made appropriate adjustments if it identified differences between men and women in similar roles which could not be explained by performance or experience.

Virgin Atlantic said the gap reflected the relatively low number of female pilots in the aviation industry, while Barclays said it had more work to do so women could progress in their careers at the company.

Firms are not required to break down the data in detail, leading to criticism that the average figures could obscure or exaggerate demographic explanations for disparities. Nevertheless, they offer a step forward in assessing the issue.

“(Theresa May) wants to close the #paygap but says nowhere how she plans to do it. Politicians can’t just keep beating up business while leaving structural inequality untouched,” tweeted Sophie Walker, leader of the Women’s Equality Party.

May vowed in 2016 to tackle “burning injustices” in society, with a specific reference to gender pay alongside issues such as race and class discrimination.

Nearly two years later, she said that by introducing the reporting requirement, her government had taken a lead on the issue.

“By making this information public, organisations will no longer have anywhere to hide,” she wrote in the Daily Telegraph newspaper. “Shareholders and customers will expect to see improvements, and will be able to hold organisations to account if they fail to achieve them.”

Other countries to introduce mandatory gender pay gap reporting include Australia, which passed similar legislation in 2012, and Germany.

Of those organisations that had published data by 3pm (14:00 GMT) on Wednesday, 97 percent pay men more than women and just three percent pay women the most.

The average gender pay gap among these largest companies is 15.5 percent, according to the Reuters analysis.

Political opponents, including Labour, welcomed the publication of the data as a step forward but urged a more hands-on approach, saying the government still lacked clear plans on how to address the problems they had revealed. 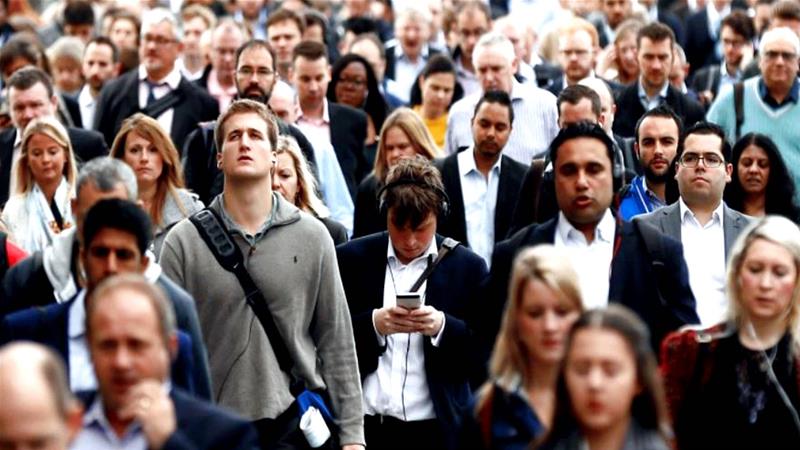