The former leader of far right group the English Defence League posted a video on his Facebook page after the gang were caged for 221 years for sexually abusing girls as young as 11. 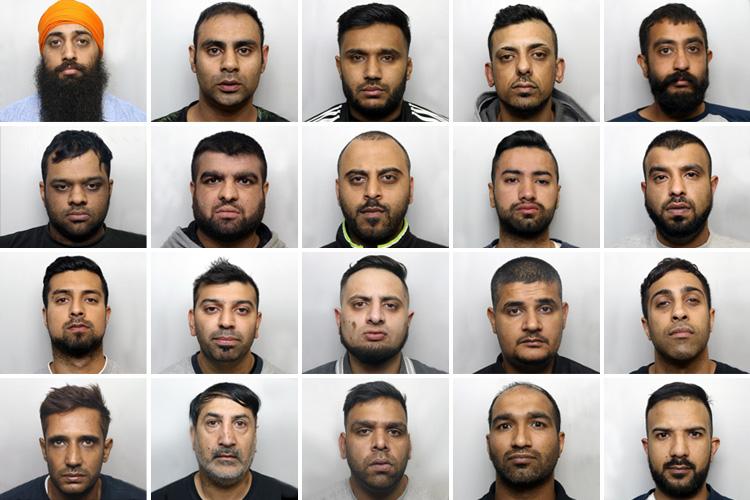 Robinison – who was jailed for 13 months after he risked derailing the trials – said: "Reporting restrictions have been lifted on the Leeds case, all 20 from the trials were convicted.

"One of these sick child rapists is on the run in Pakistan because he was given bail.

"No bail for me though, they took me off the street and put me in prison inside five hours but 10 mass child rapists where 15 children gave witness statements spend a year walking the streets with your children because the establishment thought they posed no risk."

The shocking cases in Huddersfield can only now be told after a judge dramatically lifted reporting restrictions imposed nearly 12 months ago.

Some of the cases connected to the gang were subject to live broadcasts made by Tommy Robinson, which resulted in him being jailed for contempt of court as strict restrictions were in place from the judge. 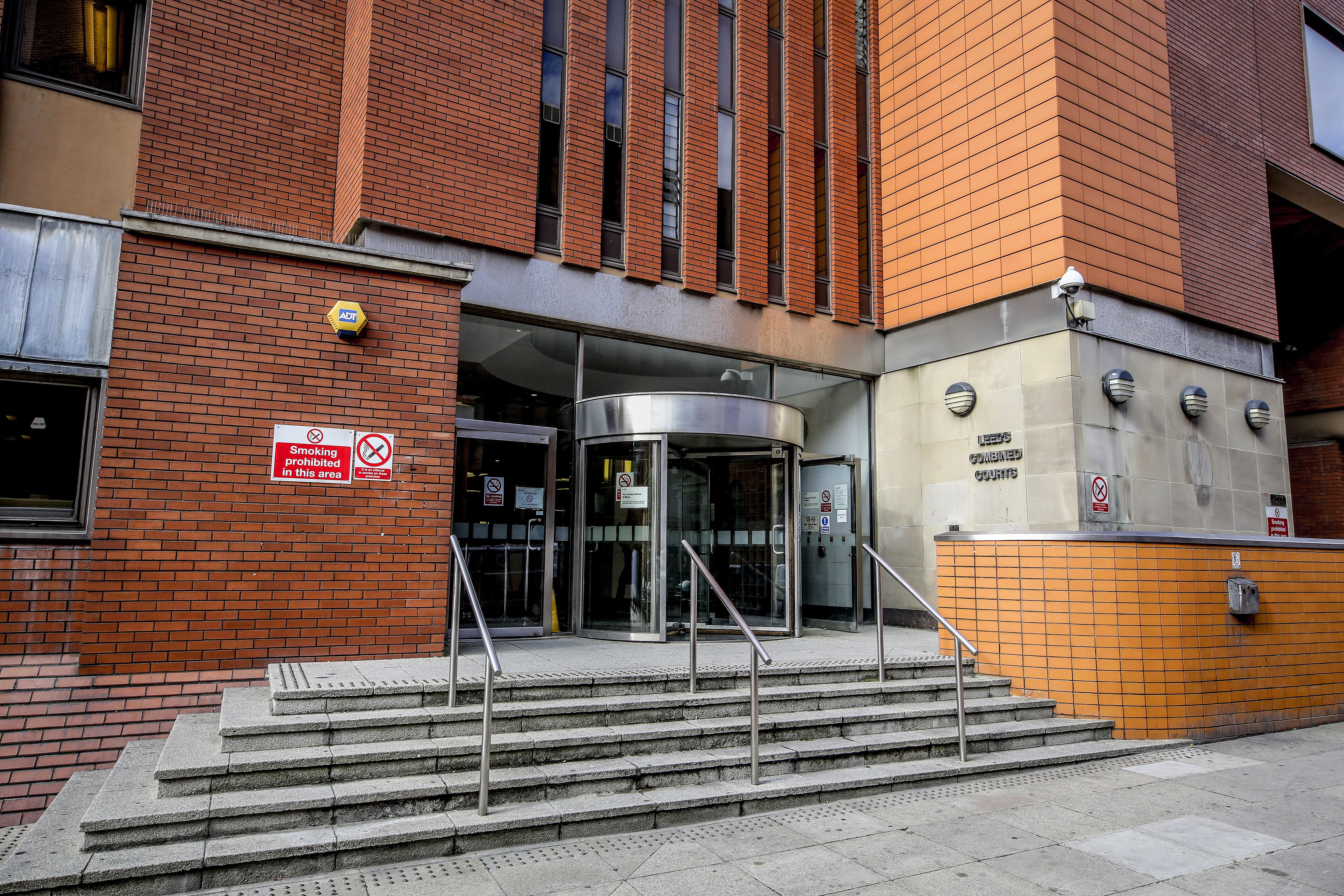 We can reveal a total of 20 men, predominantly of Pakistani heritage, were found guilty of over 150 offences against 15 girls across three separate trials.

Many in the gang were known by their nicknames, including Chiller, Dracula and Bully.

The offences took place between 2004 and 2011 and included dozens of rapes, sexual assaults, trafficking, abduction and child prostitution.

More trials are set to follow next year but the judge said it was time the public knew what had happened and who was responsible.

The judge at Leeds Crown Court said the "gravity" of the offending "far exceeded" anything he had ever seen before.

We can now reveal how:

We can now name all of the 20 men convicted.

They were each jailed for between five and life, with a minimum of 18 years.

Harrowing evidence revealed how the victims were deliberately targeted by the gang in Huddersfield who abused at will.

One of the girls, who was just 12 at the time, was forcibly removed from her care home after her attackers told staff: "I want to f**k her."

Another attempted suicide whilst one had an abortion after falling pregnant to one of her vile predators.

All of the girls lived chaotic and dysfunctional lives.

IN CONTEMPT: The trial that saw Tommy Robinson jailed

THE FORMER leader of far right group the English Defence League was jailed for 13 months after he risked derailing the trials.

Tommy Robinson went on Facebook and streamed an hour-long rant in which he named the defendants and all the charges they face.

His broadcast was in flagrant breach of the contempt of court ruling issued by the trial judge – and seriously risked prejudicing the trials.

The footage of the defendants as they entered Leeds Crown Court in May was viewed 250,000 times.

Trial judge Geoffrey Marson QC said the order in place was to ensure the integrity of the case.

Robinson – real name Stephen Yaxley-Lennon – was arrested and later jailed but released in August on appeal.

A judge at the Old Bailey will decide next week whether he should be sentenced for a second time. 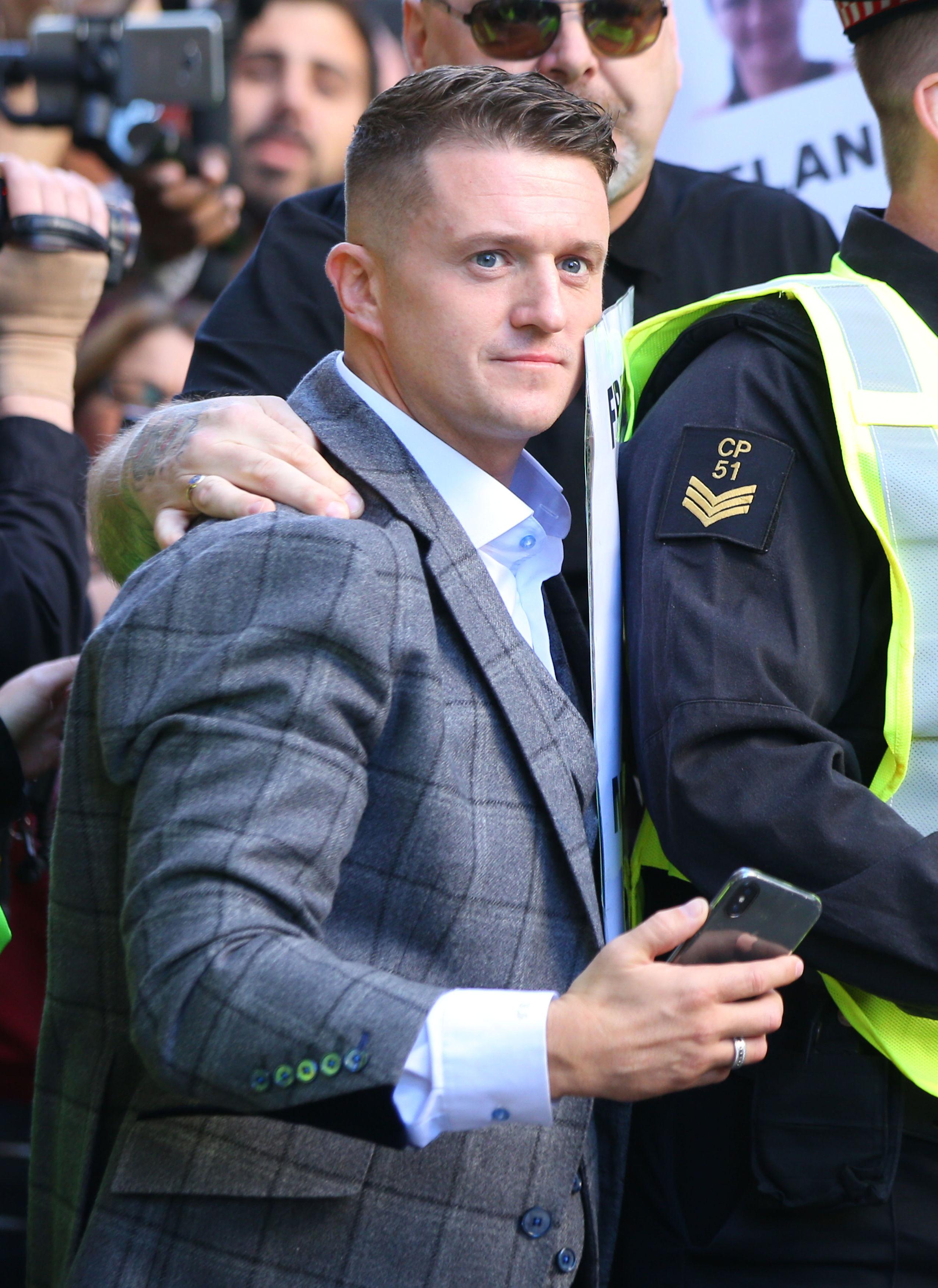 Some of them craved attention whilst others were far more naive and genuinely believed they were in loving relationships.

But what all of the girls had in common was their age, their social isolation and their acute vulnerability.

Tragically, each one was then repeatedly failed by the system.

Prosecutor Richard Wright QC told the jury on each of the three trials: "You might wonder why nobody was looking out for the welfare of these girls.

"Either in terms of their families or people in responsibility at school, in social services departments or in the police force?

"You will hear evidence that indeed the friends and families of many of these girls were deeply worried about them.

VICTIM SPEAKS OUT: 'I didn't want sex but it was just normal and already going on with everybody else' 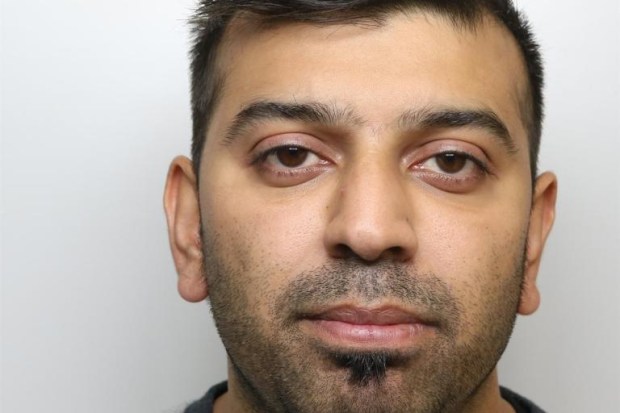 SAJID Hussain, 33, known as "Fish", was convicted by the jury of one count of rape and one count of oral rape against a victim when she was just 14 years old.

He went on the run from the trial held at Leeds Crown Court and was then sentenced in his absence.

His name can now be publicly named following a judge's ruling to lift reporting restrictions at Leeds Crown Court as West Yorkshire Police appeal for further information on his whereabouts.

The defendant was introduced to the victim at a house by other Asian men.

She recognised him in a shop after he had served her while she was wearing her school uniform.

In evidence heard during his trial, Hussain's victim said: "One minute we were chilling and then it would escalate and it would go to oral sex and intercourse.

"I didn't want to give him oral sex, it was normal, it was already going on with everybody else.

"I would drink until I blacked out and I was drunk when I first gave him oral sex.

"The vaginal intercourse was always in the car, I don't know if he used contraception, I didn't want sex but it was just normal and already going on with everybody else.

"I was 14 or 15 and I had sexual intercourse with him on countless occasions."

In his sentencing remarks, judge Geoffrey Marson said: "The defendant served her [in the shop where he worked] at a time when she was in school uniform.

"At the house she was given alcohol and there were other older Asian men and other schoolgirls.

"It is clear that Sajid Hussain had some knowledge of the grooming process and other abuse which was going on."

Hussain, who had never previously been in custody, was sentenced to 17 years imprisonment in his absence.

"They were concerned as to where they were and why they would disappear from home for long periods of time.

"There is here regrettably a sense that those in authority who handled the concerns did not do enough to try to engage with these girls and find out what was happening to them."

The first trial began in January and involved 15 victims who told how they were abused by 10 men.

The ringleader was convicted of 54 offences against 11 victims, including the rape of a child under 13.

In all, he was found guilty of 22 rapes, sexual assault, inciting a child to engage in sexual activity, prostitution, trafficking, drug dealing and beating.

He showered them with attention, plied them with drink and drugs and moulded them for sex before pimping them out to other men.

Judge Geoffrey Marson QC sentenced the 10 men to a total of 123 years in prison – and revealed how they imposed a reign of terror.

The second trial saw eight members of the grooming gang sentenced to a total of 98 years for a range of similar offences.

One of the group, Nasarat Hussain, 30, raped one of the girls while she was wearing her school uniform when she was just 15 years old.

The abuse took place across Huddersfield "in cars, car parks, houses, a snooker centre, a takeaway, a park and other places".

The third trial saw four men convicted of rape, trafficking, ABH and sexual assault. They will be jailed on November 1.

Speaking outside court, Detective Chief Inspector Ian Mottershaw, from West Yorkshire Police, praised the "courage and tenacity" of the victims who came forward.

He said: "First and most importantly, I would like to pay tribute to each and every victim who came forward, firstly to report these heinous crimes, but to go through the gruelling court process which has taken nearly a year to conclude and to bravely give their accounts to us and the court.

"I hope the outcomes of these trials will enable the victims to start the process of putting this trauma behind them and reassure any other potential victims that we will treat them with the utmost respect and sensitivity and take positive action against perpetrators."

The vile grooming gang and their sickening crimes unveiled 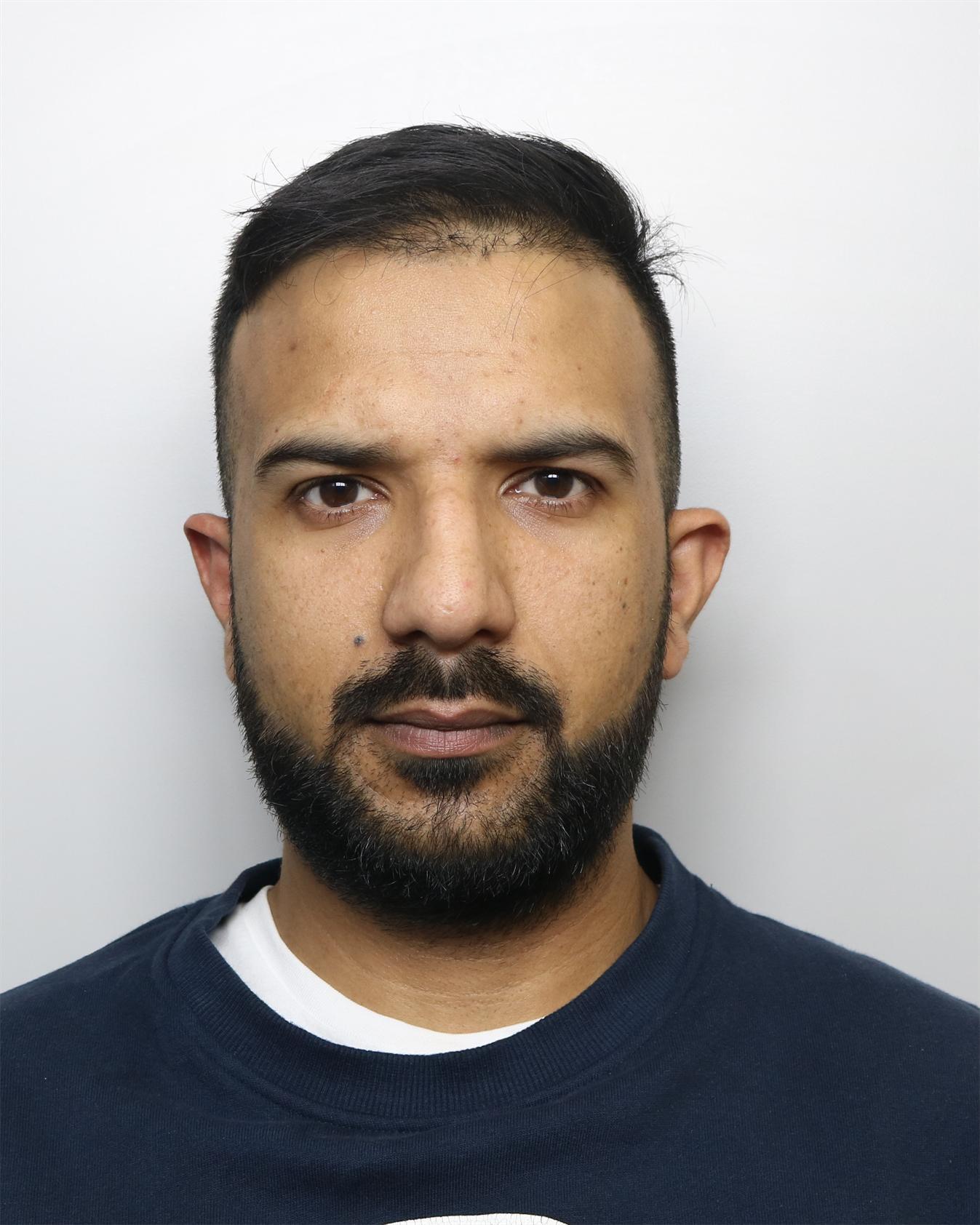 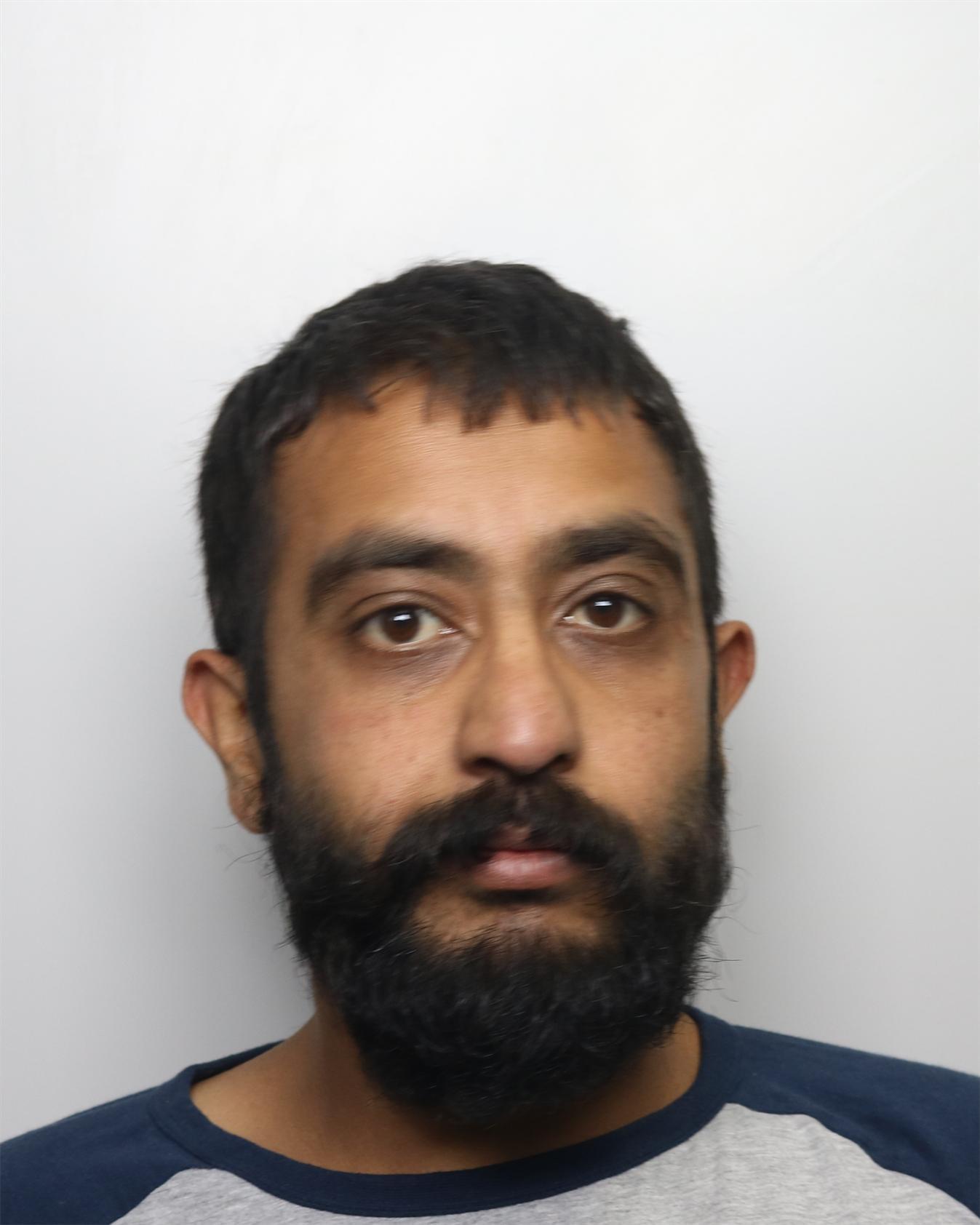 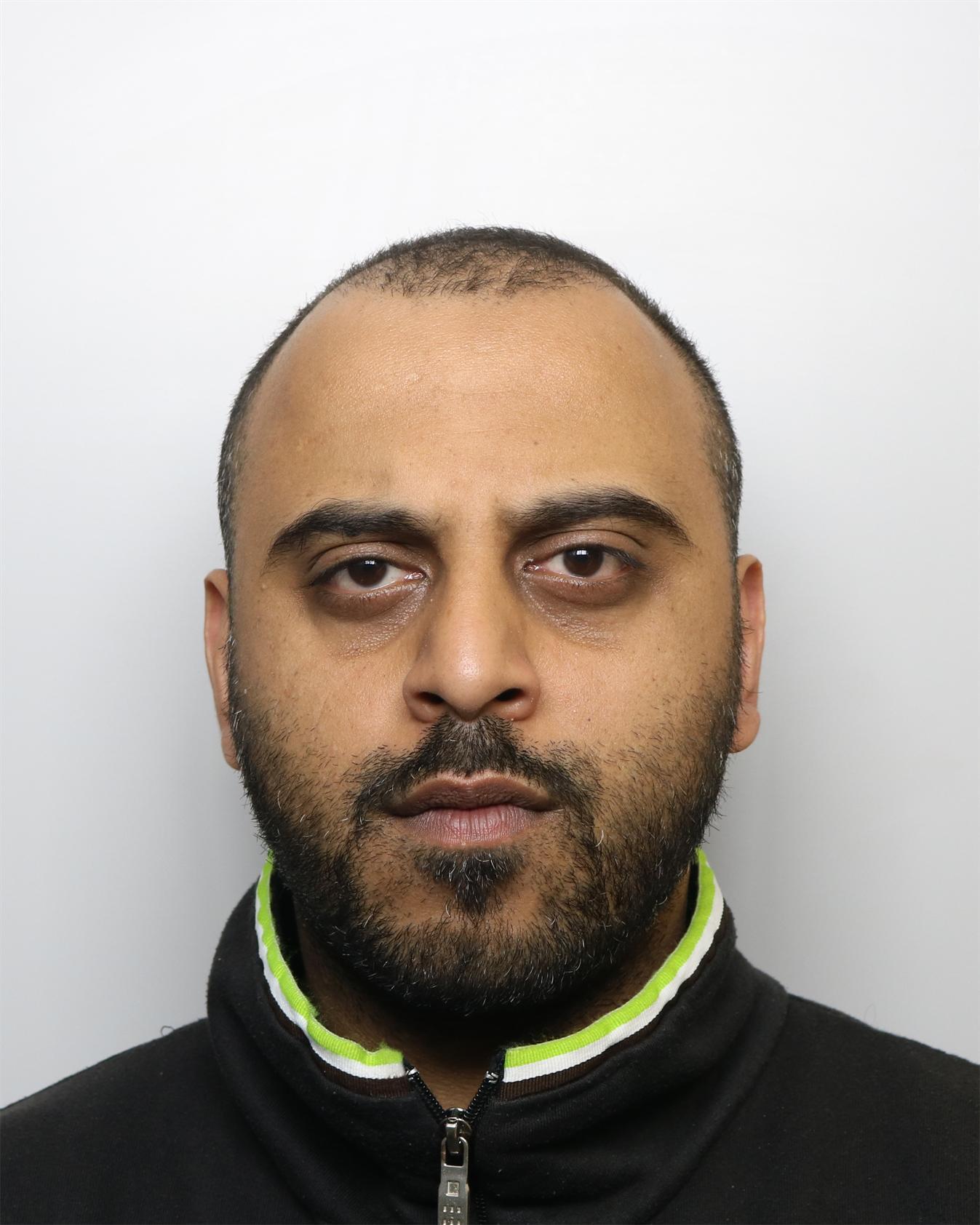 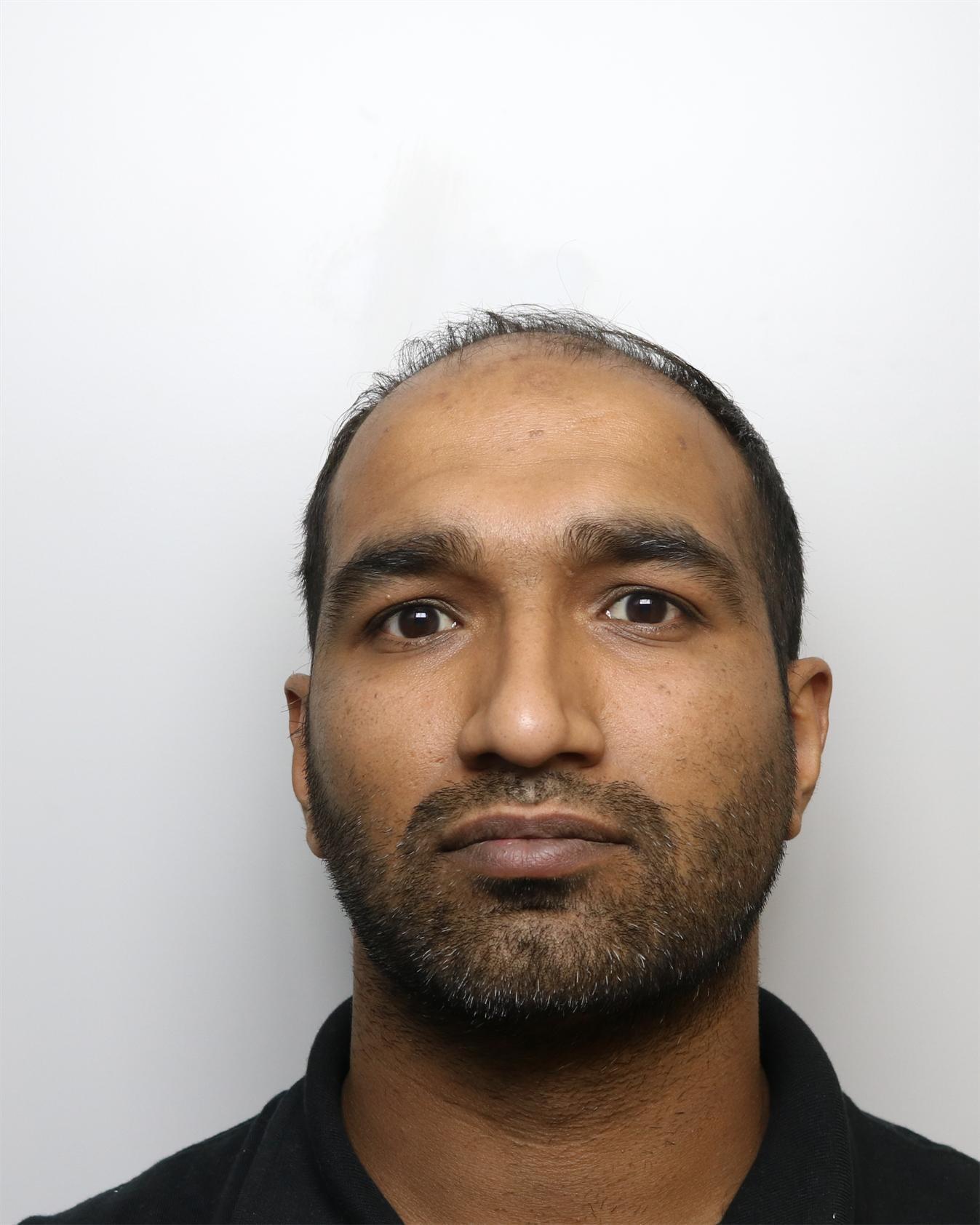 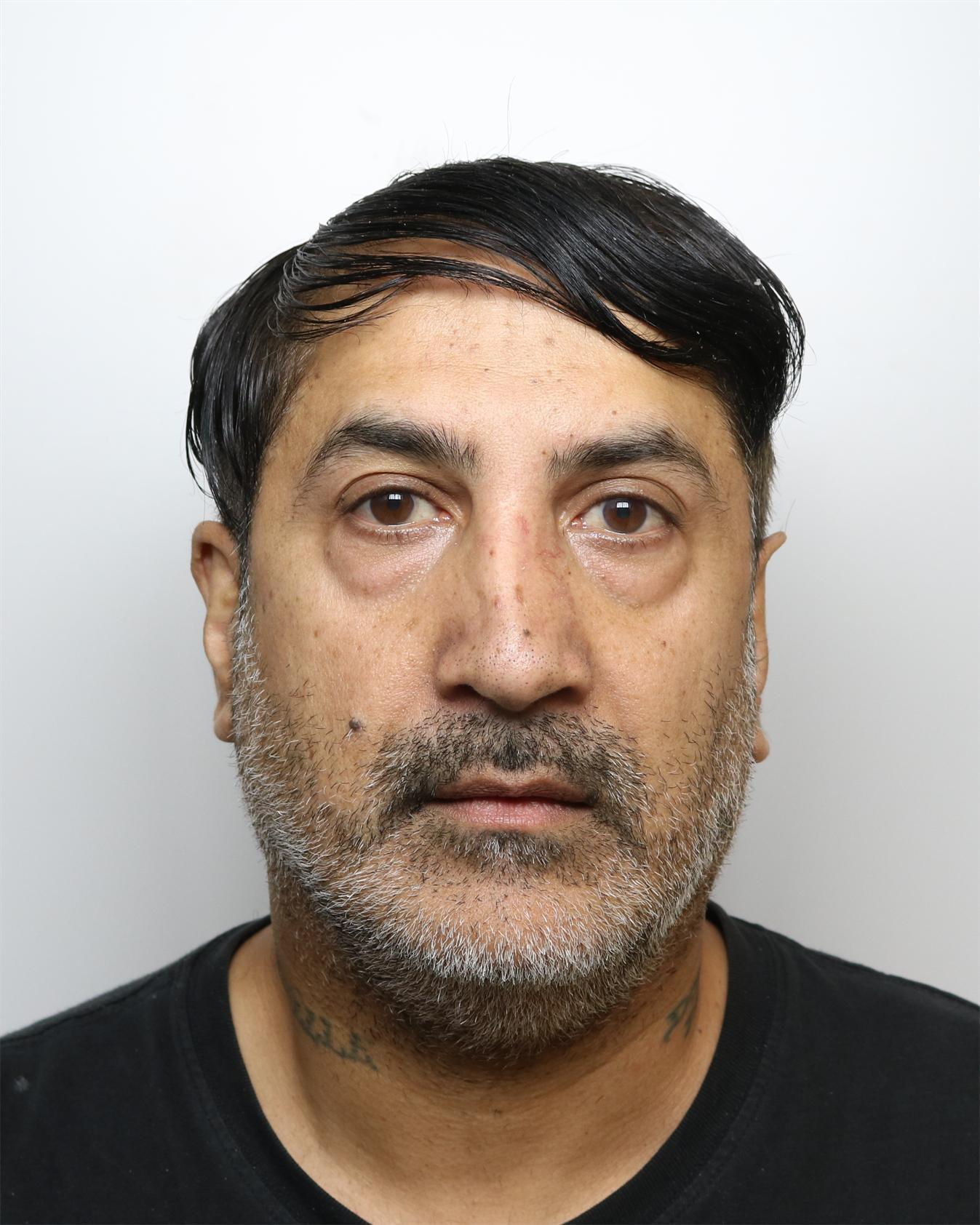 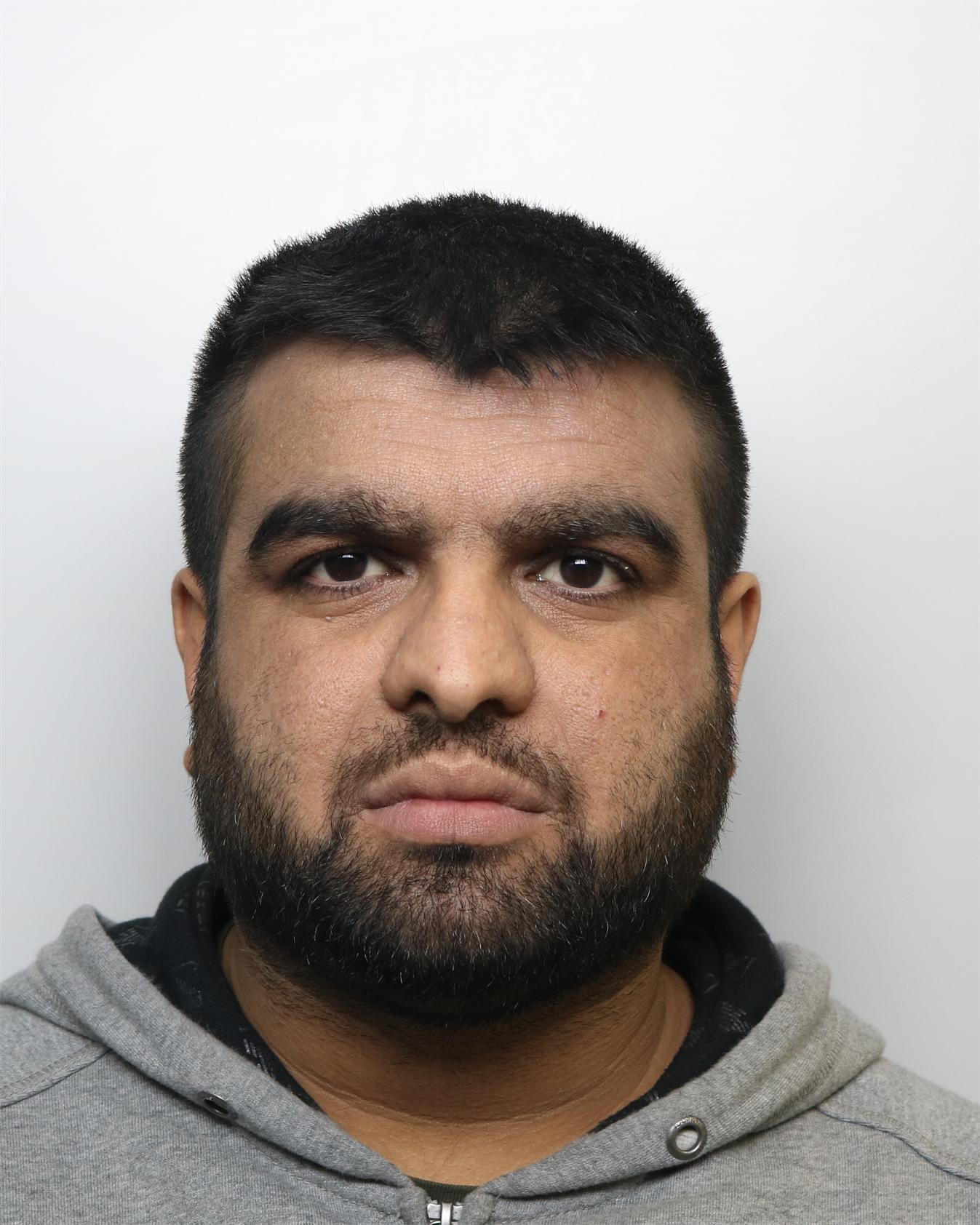 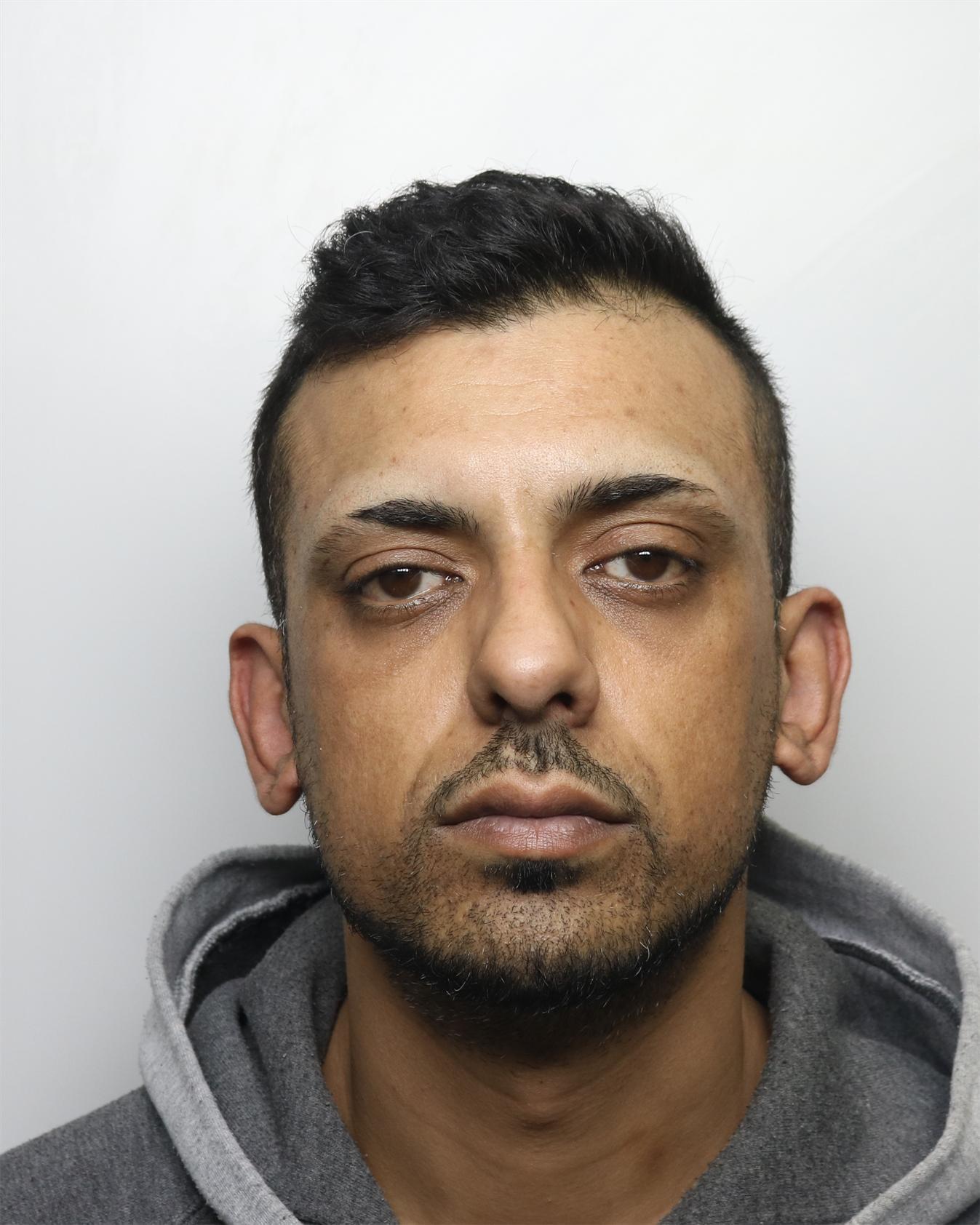 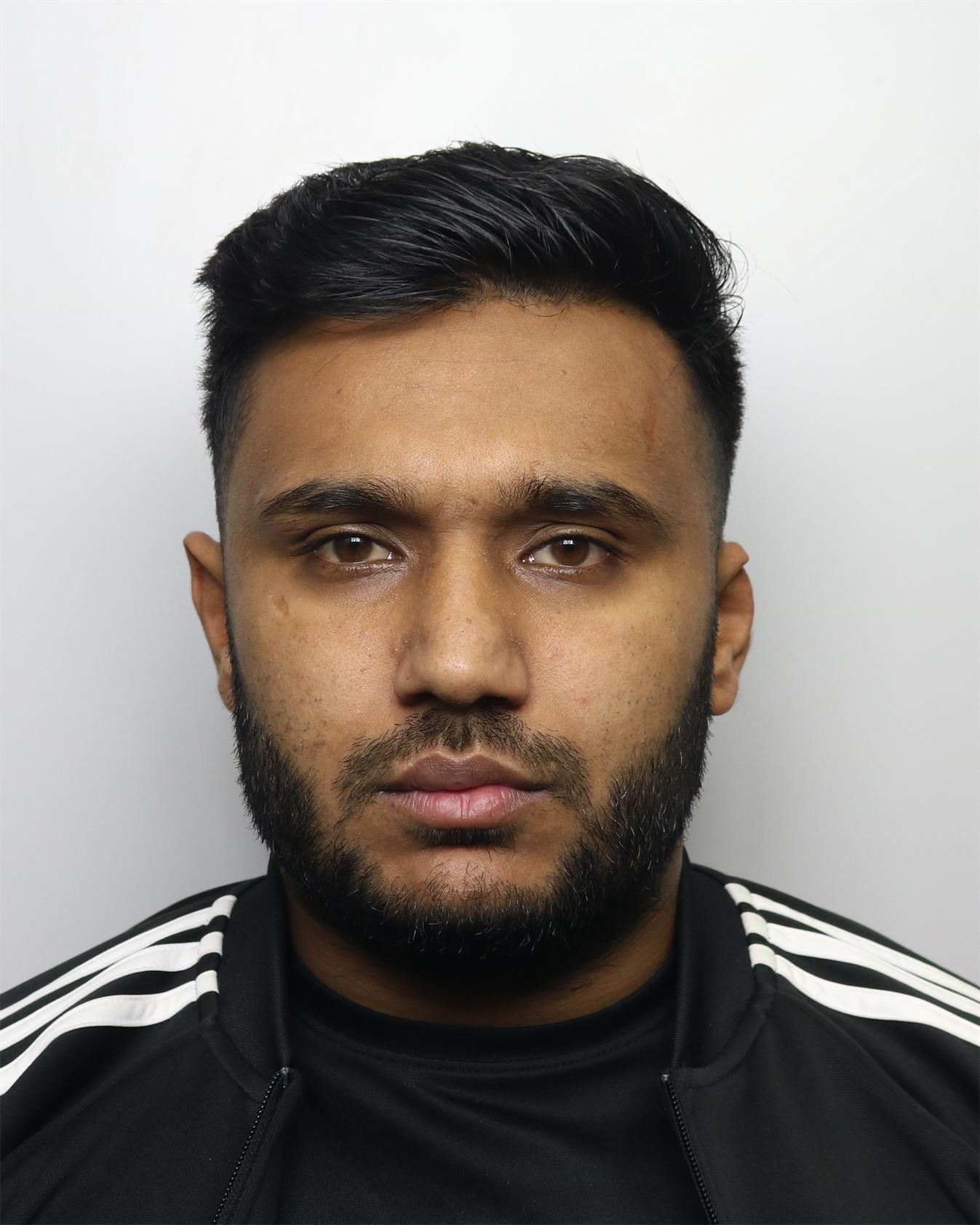 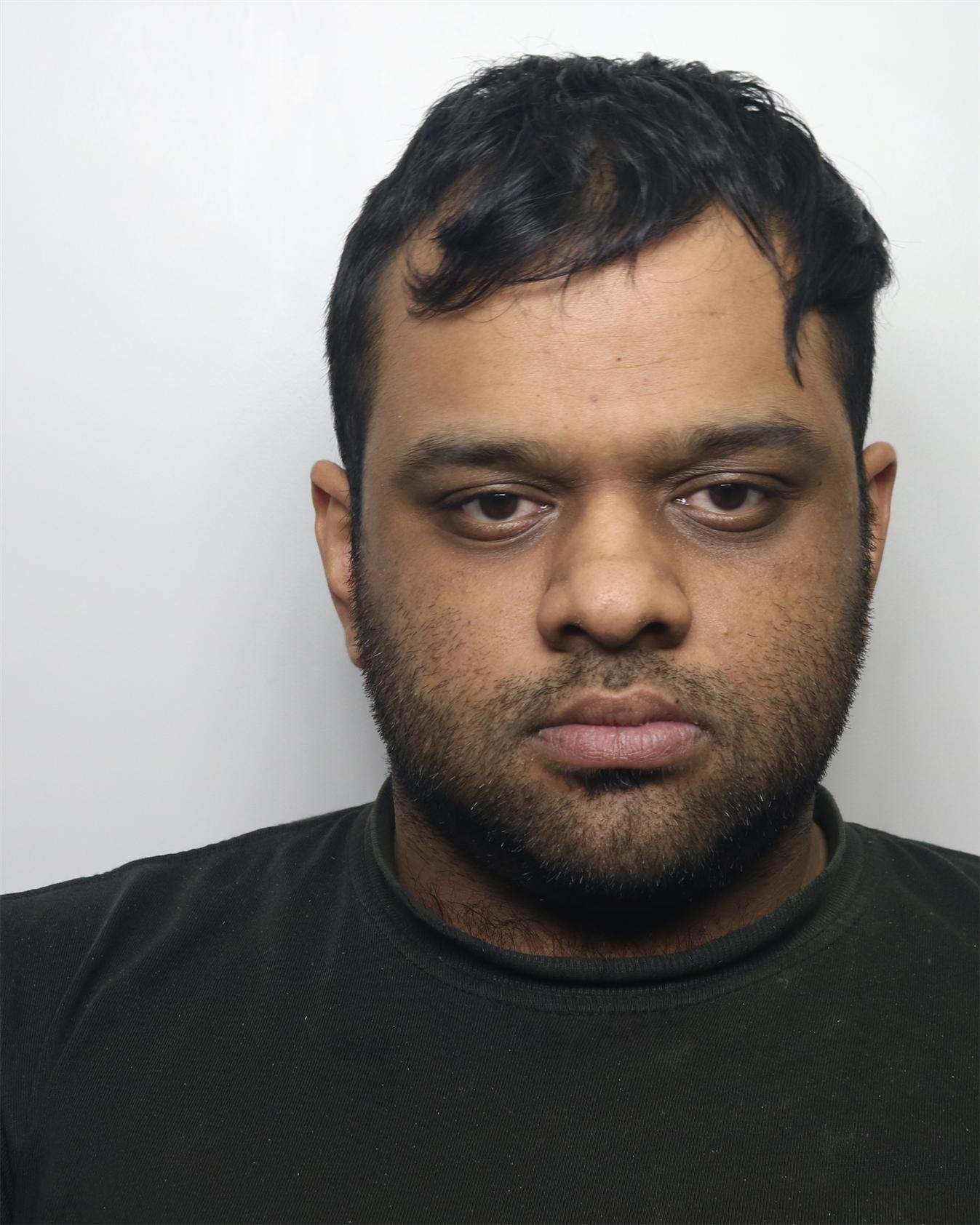 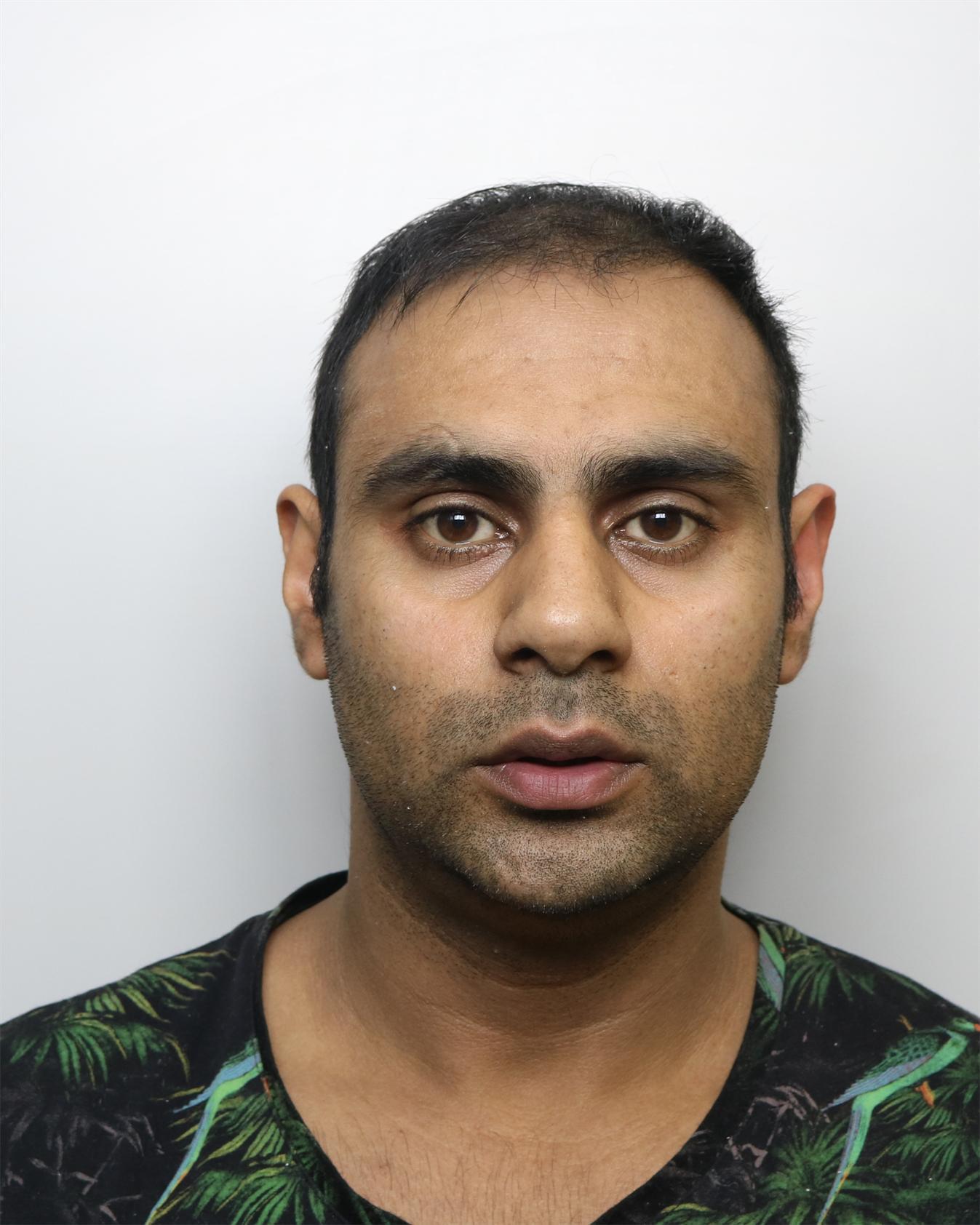 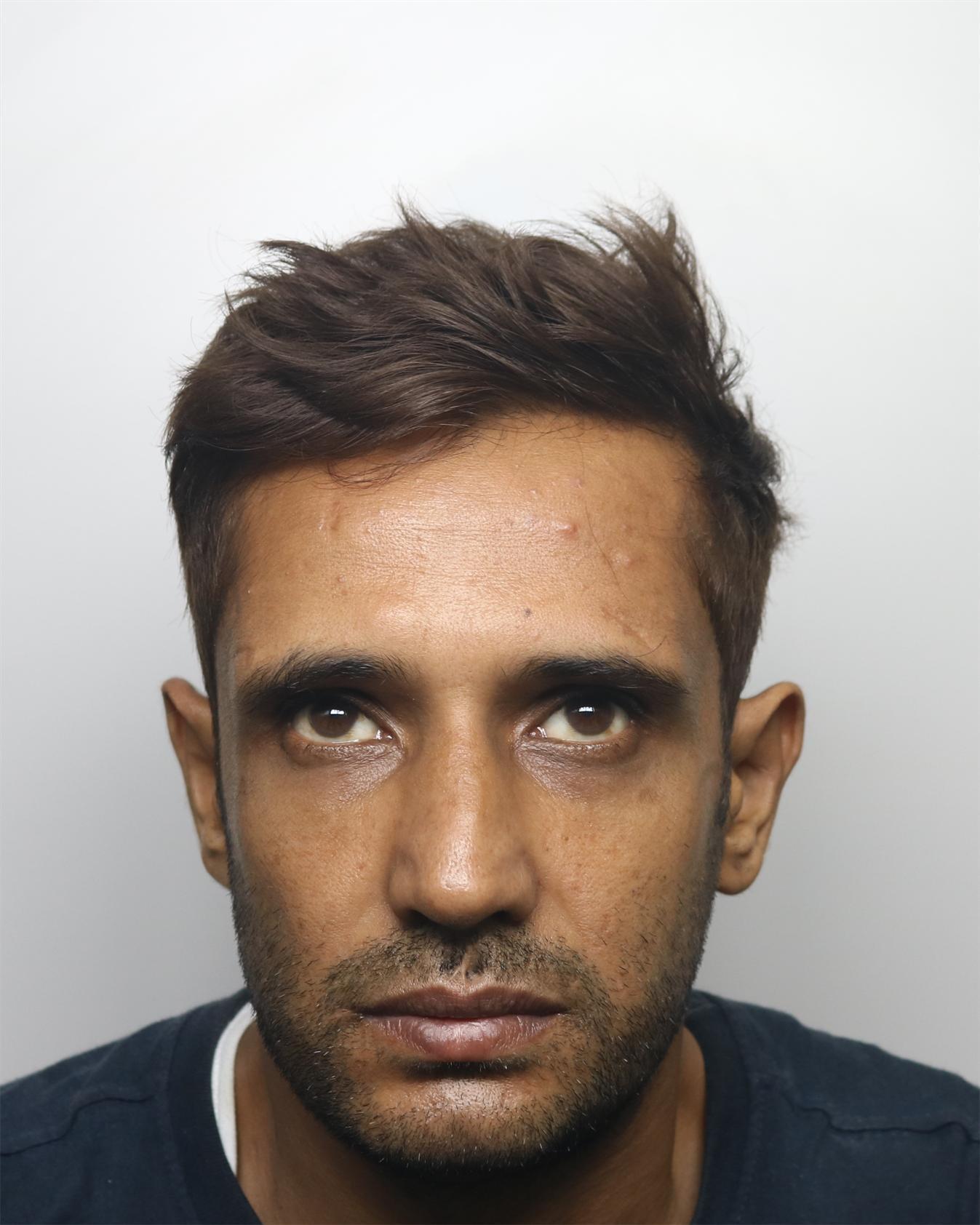 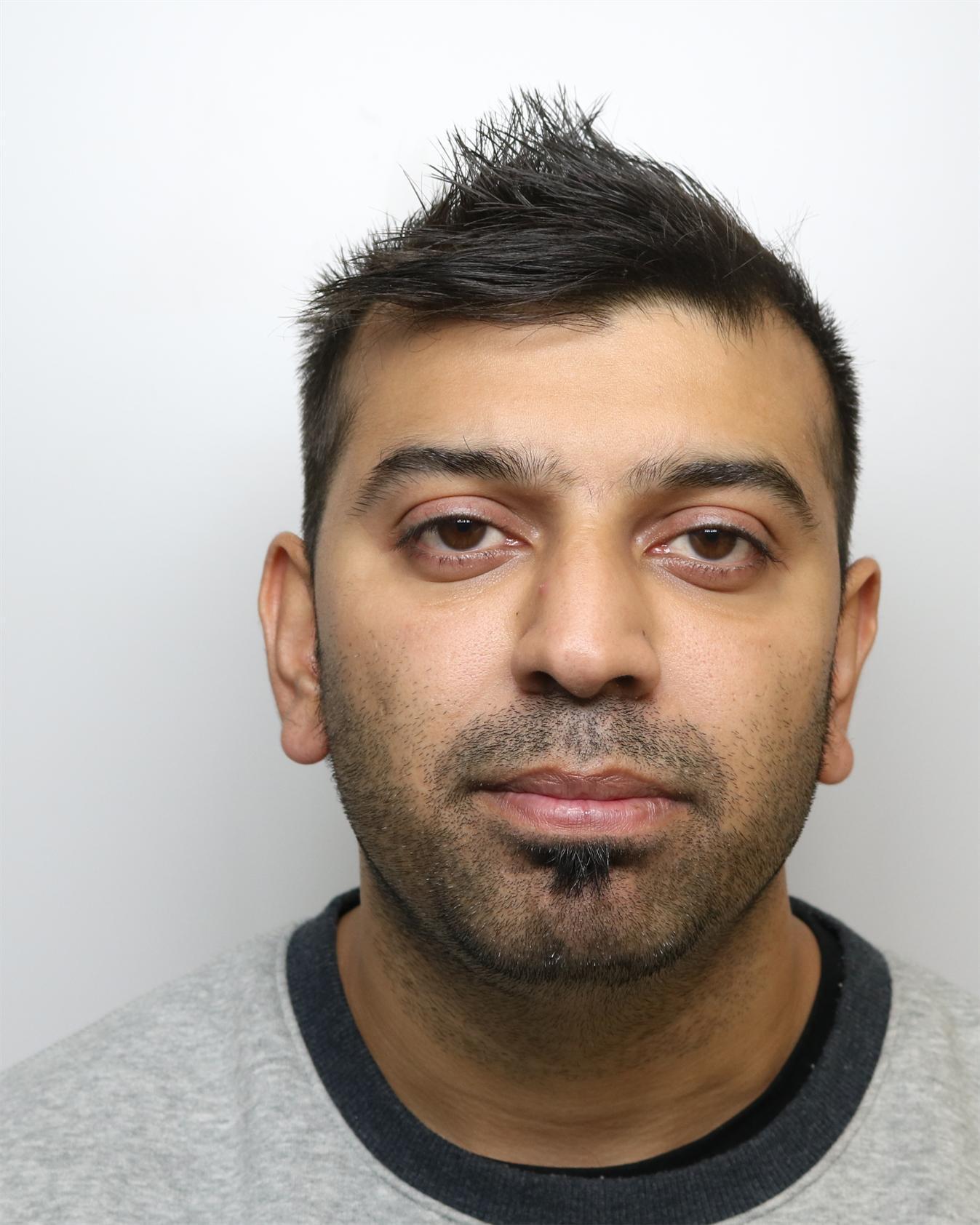 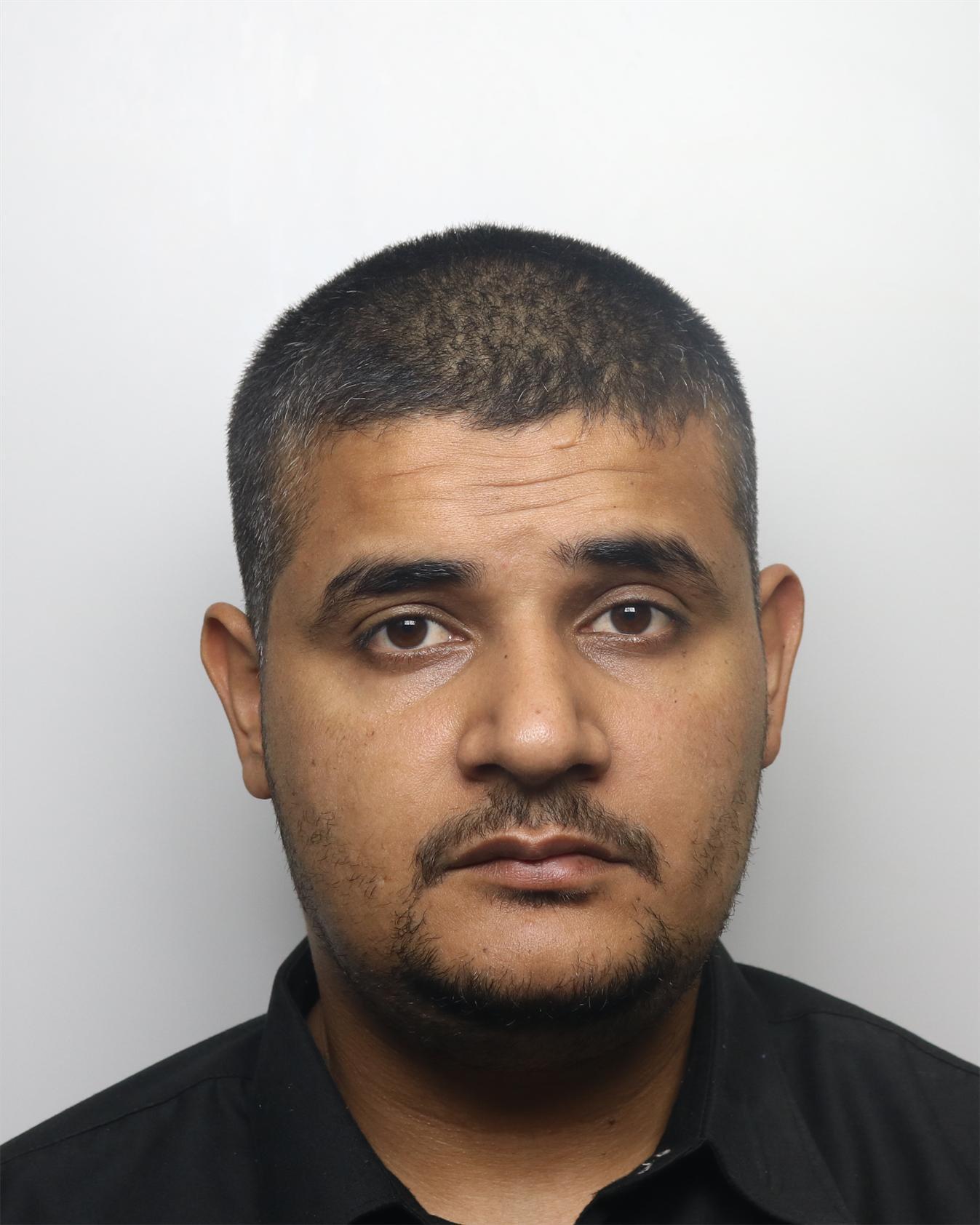 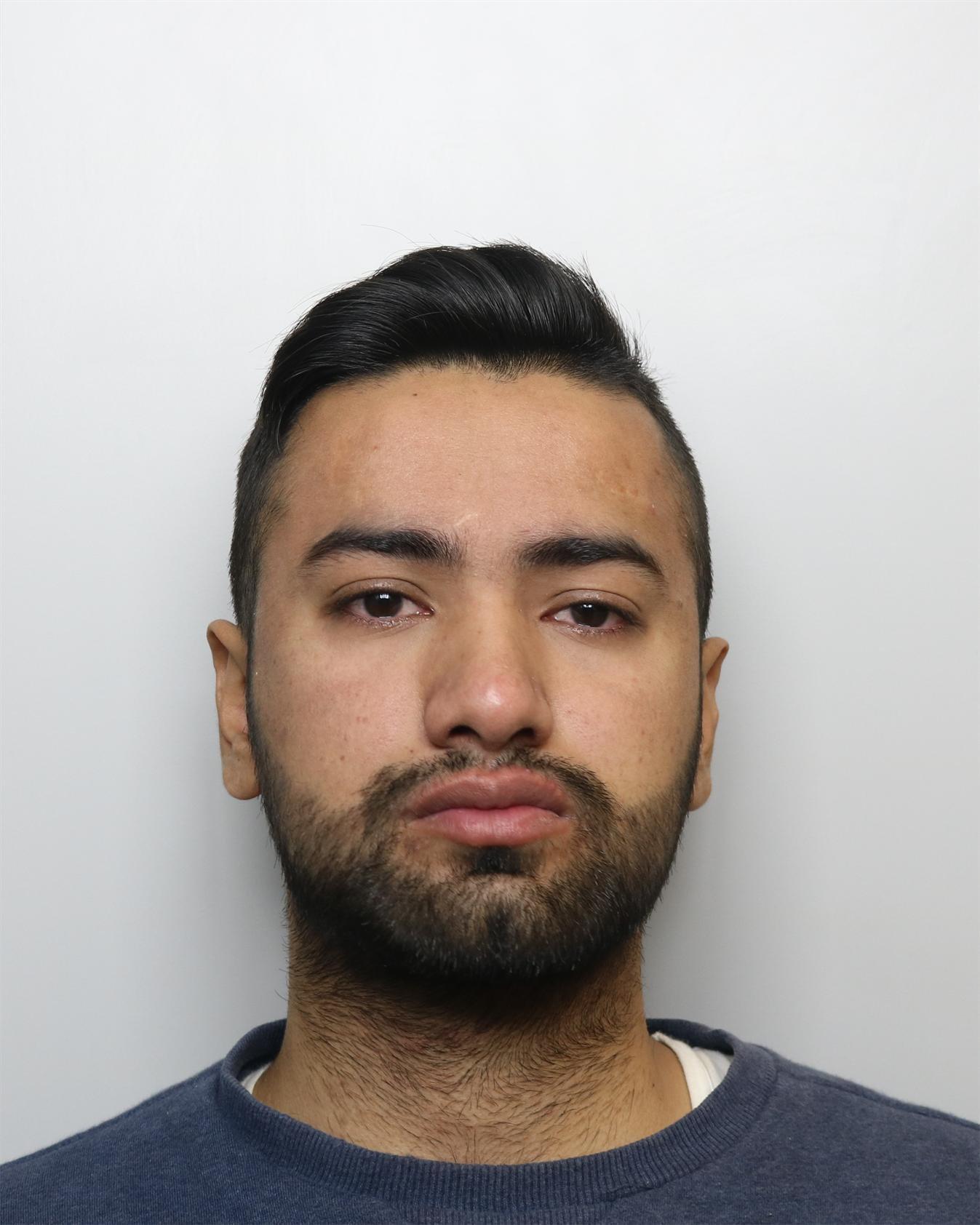 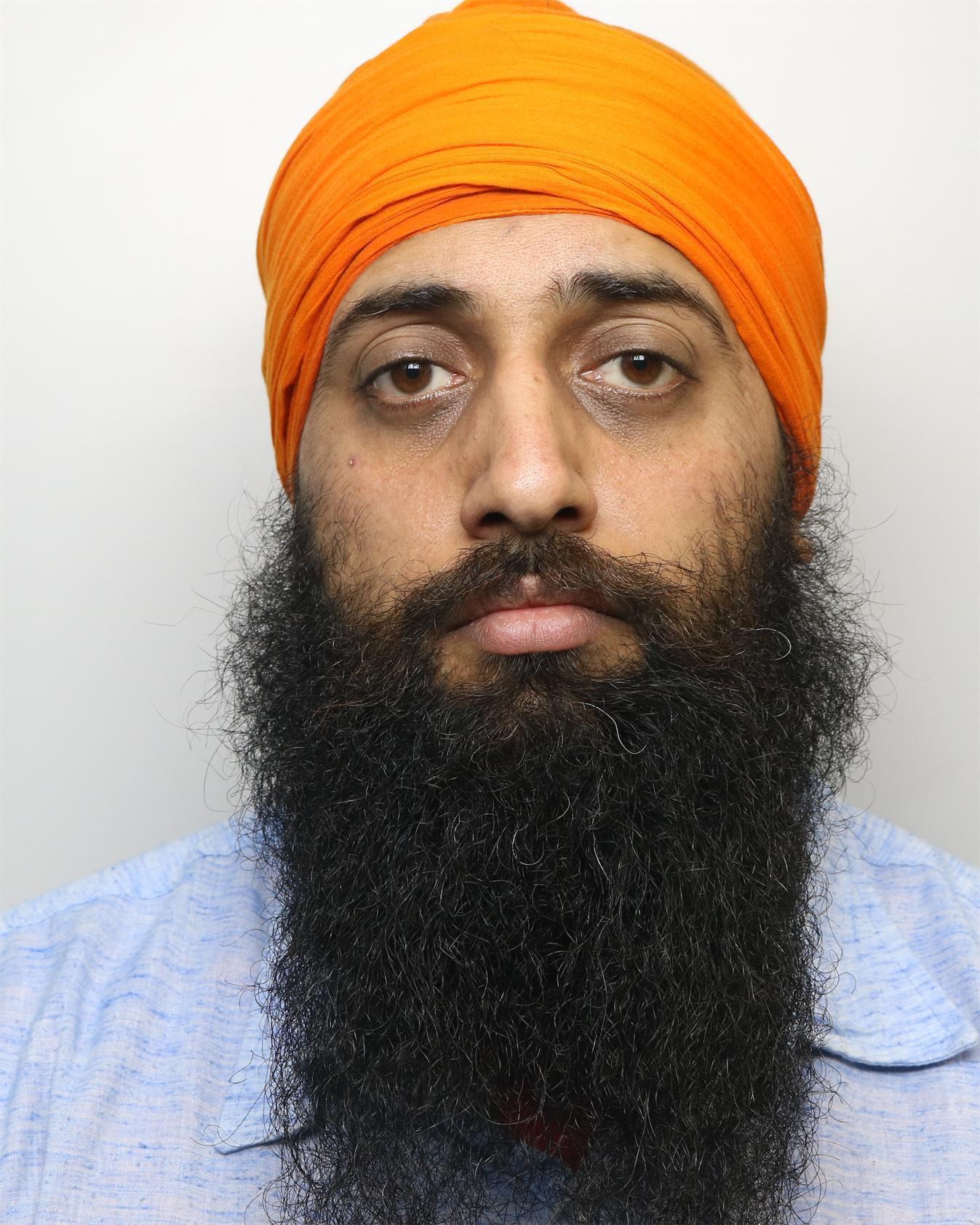 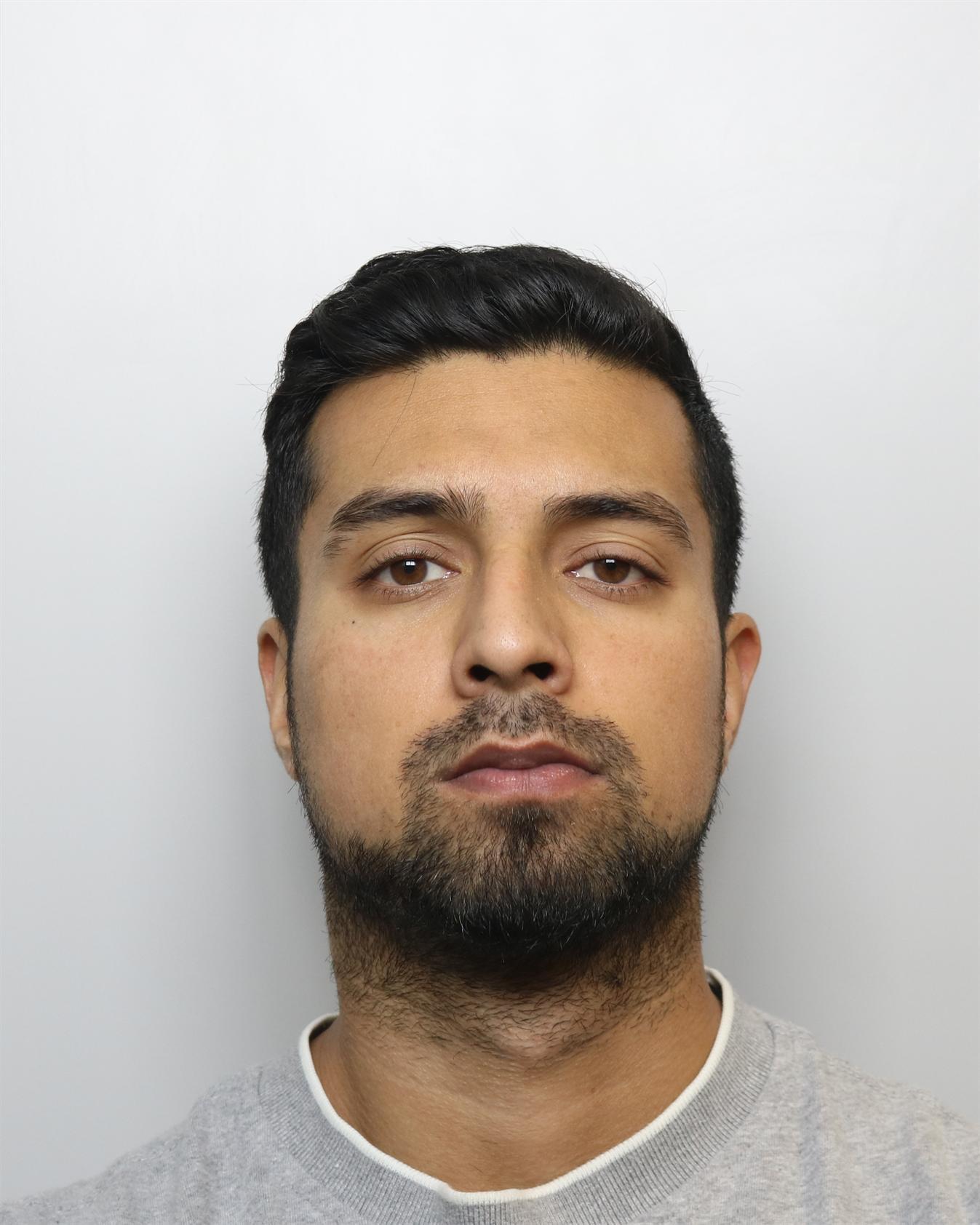 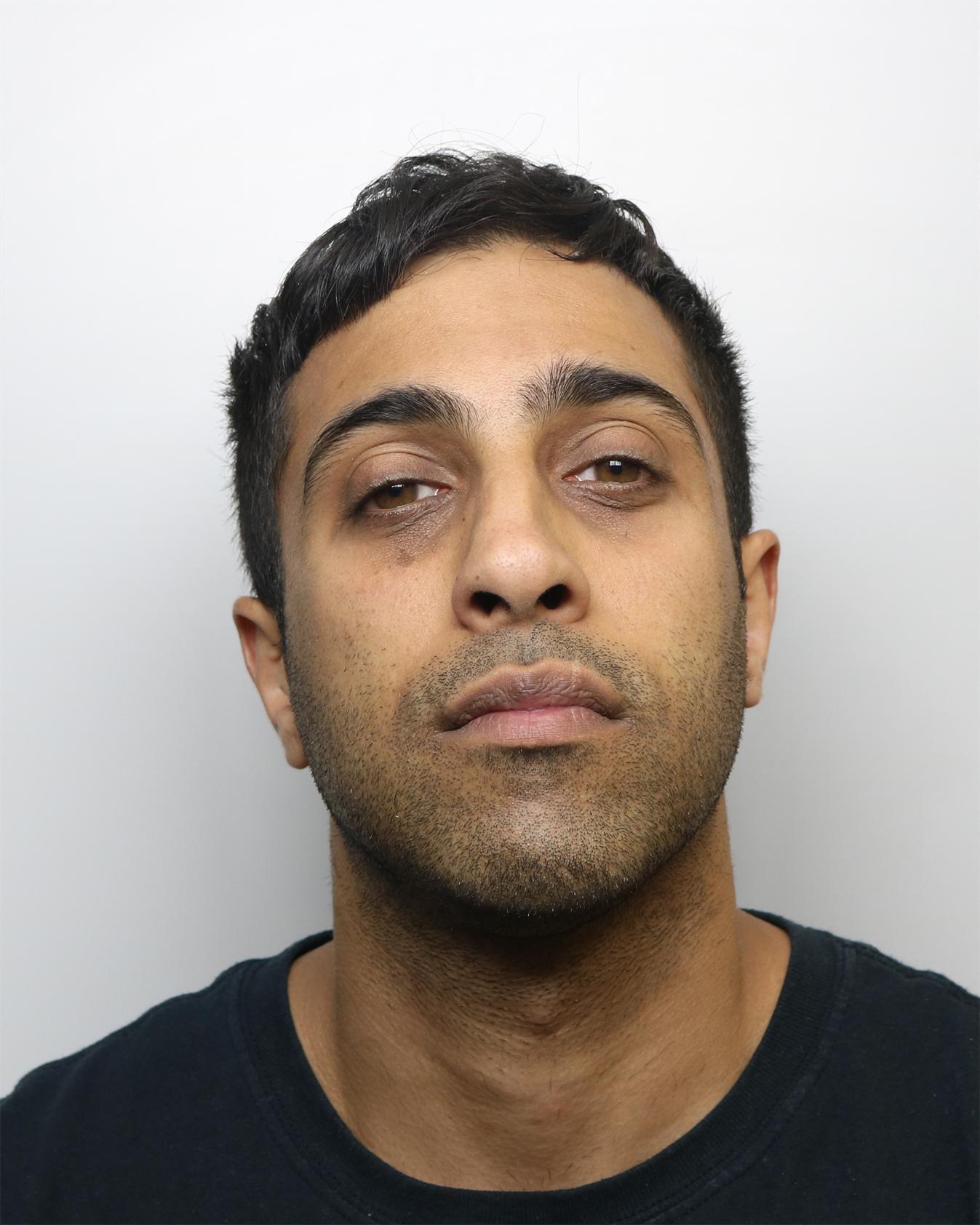 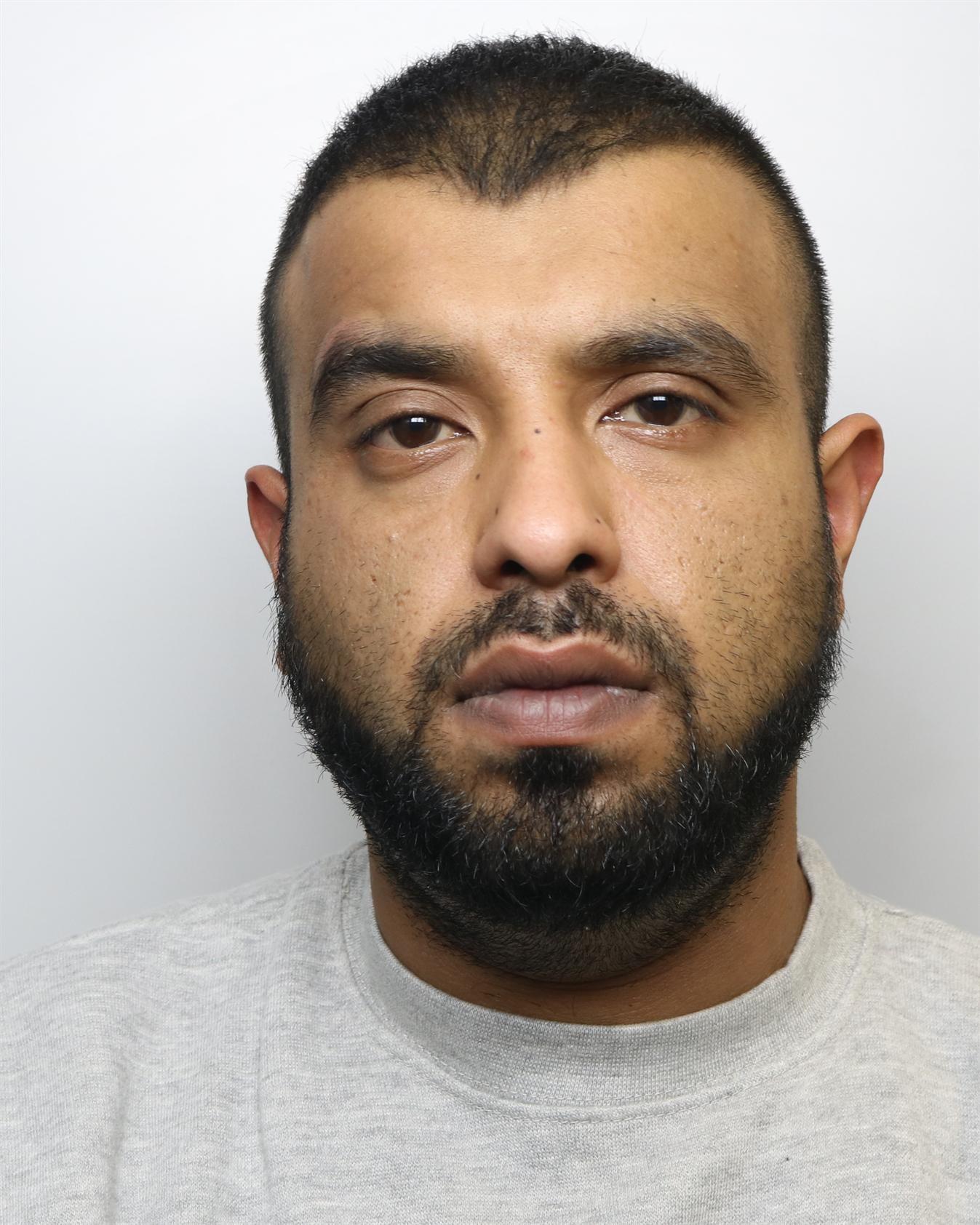 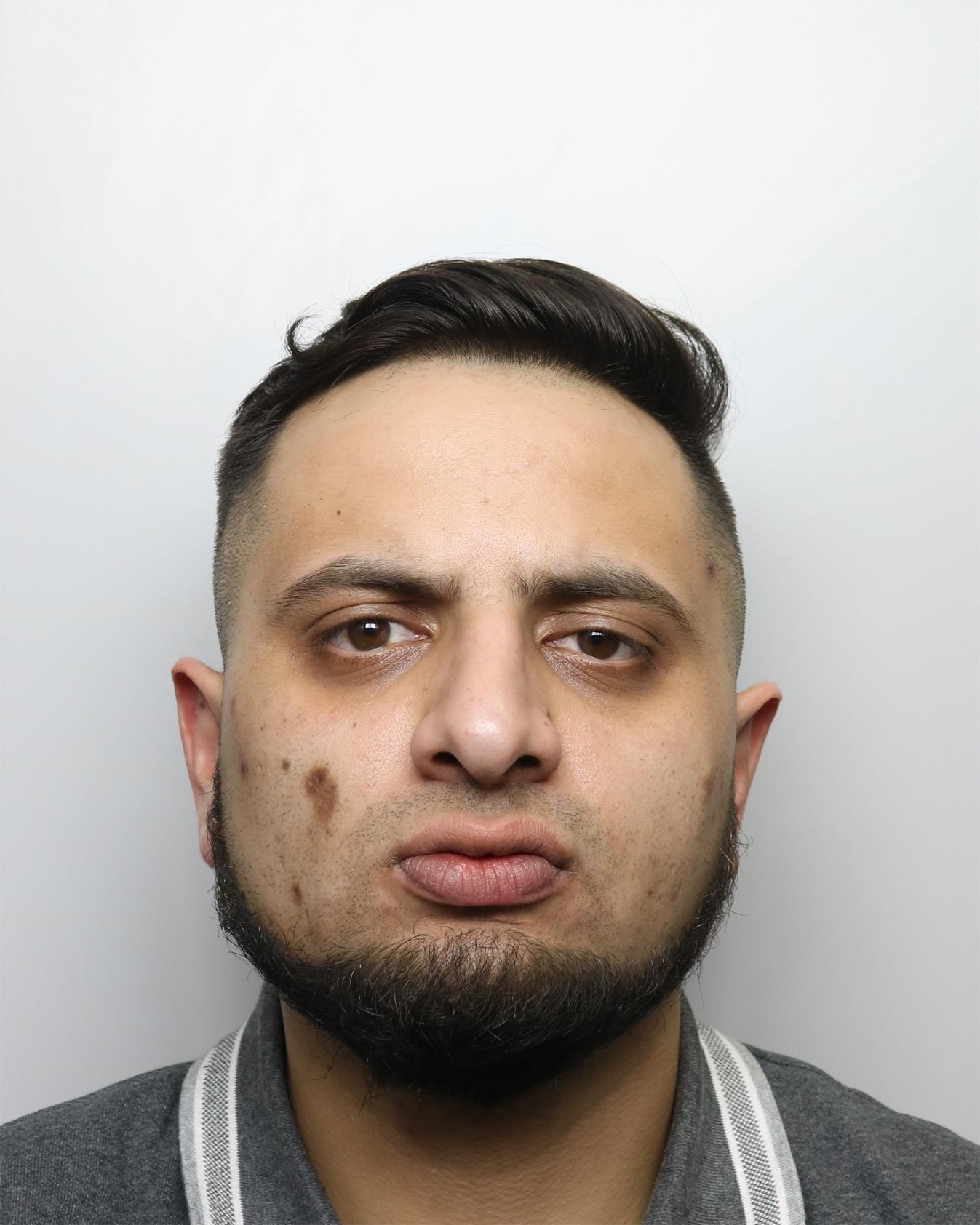