A huge blackout has cut electricity across Tenerife after neighbours heard a blast near a power station on the holiday island.

Traffic lights are said to be down and hundreds of people are trapped in lifts and underground car parks, according to local reports.

Hospitals and the Spanish island’s two airports are understood to be functioning as normal thanks to generators.

It was not immediately clear how hotels are coping, although holiday areas of the island like the municipality of Arona are affected. 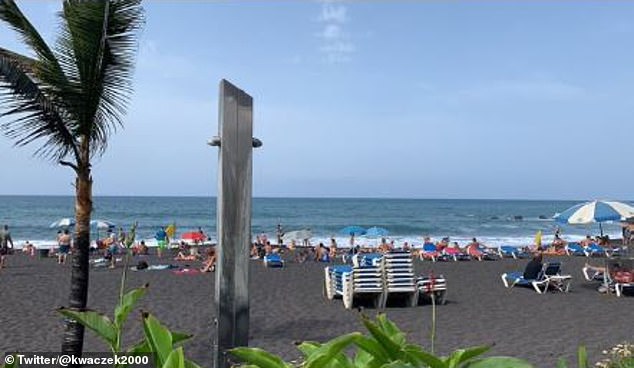 Neighbours living near to an electricity power station in the municipality of Candelaria on Tenerife’s east coast are said to have heard a blast around the time power went down.

Patricia Hernandez, mayoress of the capital city Santa Cruz, said in a tweet: ‘Electricity supplier Endesa is trying to re-establish power on the island.