London Fire Brigade confirmed around 60 firefighters were called to the skyscraper in the heart of the capital's banking district at around 12:30am. 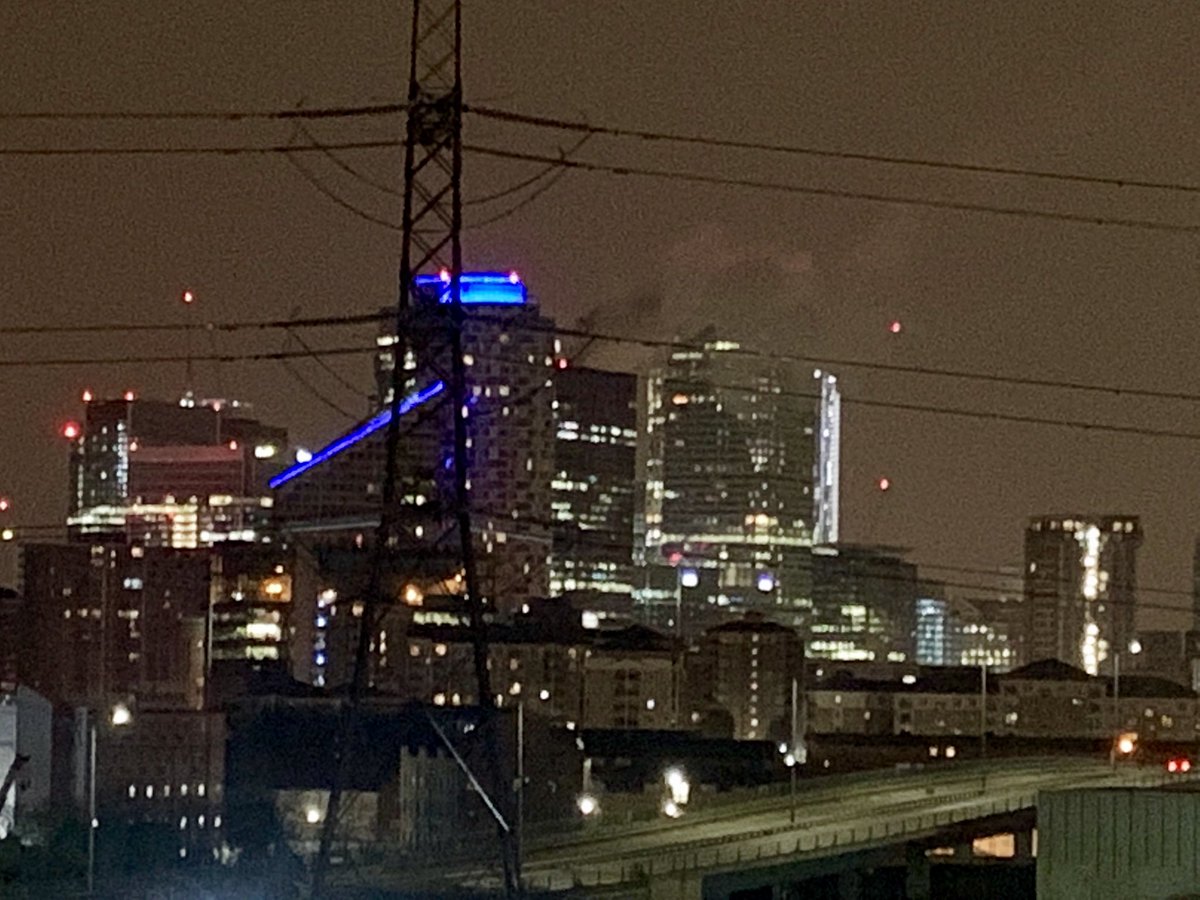 A LFB spokesperson describing the fire as "very visible" – with photos and video posted to social media showed black smoke streaming into the sky.

The fire service confirmed it had received around 20 calls as members of the public spotted the fire over the capital's skyline.

The iconic building is one of the tallest in Britain and was opened in 2005.

London Fire Brigade said the flames were brought under control just before 2am.

Station Manager Lee Sandy who was at the scene said: “While the fire was very visible, it was contained to the air conditioning unit on the roof of a commercial tower block.

"There were no people involved and the fire did not spread beyond the roof area.”

Earlier, a London Fire Brigade statement said: "Around 60 fire fighters have been called to an air conditioning unit which is alight on the top of a 33 storey tower block in the Canary Wharf area.

"The blaze is very visible and Brigade 999 control officers received around twenty calls.

"Eight fire engines from stations including Millwall and Shadwell are at the scene.