Amid rising populism and anti-migrant sentiment, Hungarians will head to the ballot box on Sunday. 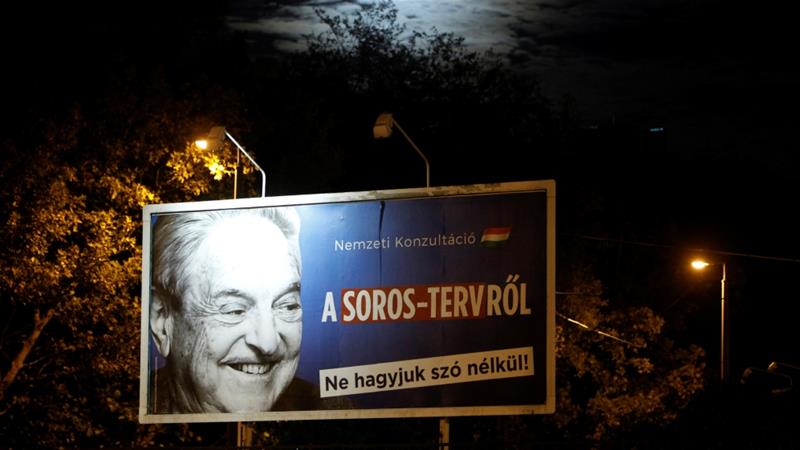 With Hungarians slated to head to the polls on Sunday, the country’s parliamentary elections have been billed as another test for Europe in the face of rising anti-migrant populism.

Prime Minister Viktor Orban, who heads the increasingly far-right Fidesz party, has spearheaded his campaign for re-election by taking aim at NGOs, refugees, migrants and George Soros, the Hungarian-American billionaire and philanthropist.

March elections in Italy were interpreted as a successful showing for populist and far-right parties in that country, and in December, the far-right Freedom Party of Austria became a junior coalition partner after striking a deal with the right-wing Austrian People’s Party.

In Hungary, Orban’s campaign is likely to be successful, according to polls and analysts.

“Hungary has played a leading role, along with Poland, in the illiberal turn of the Visegrad countries,” he told Al Jazeera.

“Orban is currently a kind of hero for far-right parties in Western Europe,” he said, explaining that far-right groups in France, the Netherlands and elsewhere have expressed support for Orban’s approach to migration.

“If the Hungarian government remains, it might also strengthen the populist radical right.”

Recently erected anti-migrant billboards depict Soros, whose Open Society Foundations has campaigned against corruption and xenophobia in the region, embracing opposition politicians as they use wire-cutters to open the country’s border fence.

Orben’s government, which has also targeted NGOs working with refugees, has been widely decried by critics who allege that the prime minister has manufactured a mythical threat posed by migration.

While hundreds of thousands of refugees and migrants passed through the Central European country in 2015, during the height of the crisis, that number has trickled to a near standstill. Last year, a mere 3,115 asylum requests were submitted, according to Eurostat, and only 1,219 were approved.

Others accuse Orban and his party of employing propaganda with Islamphobic and anti-Semitic undertones, pointing to his ongoing campaign against Soros and heated comments about migrants.

During his annual state of the union in February, Orban claimed that “dark clouds are gathering” over Europe and only his party could defend the continent from “Islamisation”.

Painting a picture of an Armageddon-like scenario, he proclaimed: “We are those who think that Europe’s last hope is Christianity.”

Orban added: “If hundreds of millions of young people are allowed to move north, there will be enormous pressure on Europe. If all this continues, in the big cities of Europe there will be a Muslim majority.”

The prime minister went on to allege an anti-Hungarian conspiracy was under way and being carried out by Soros, the European Union and malignant international actors. 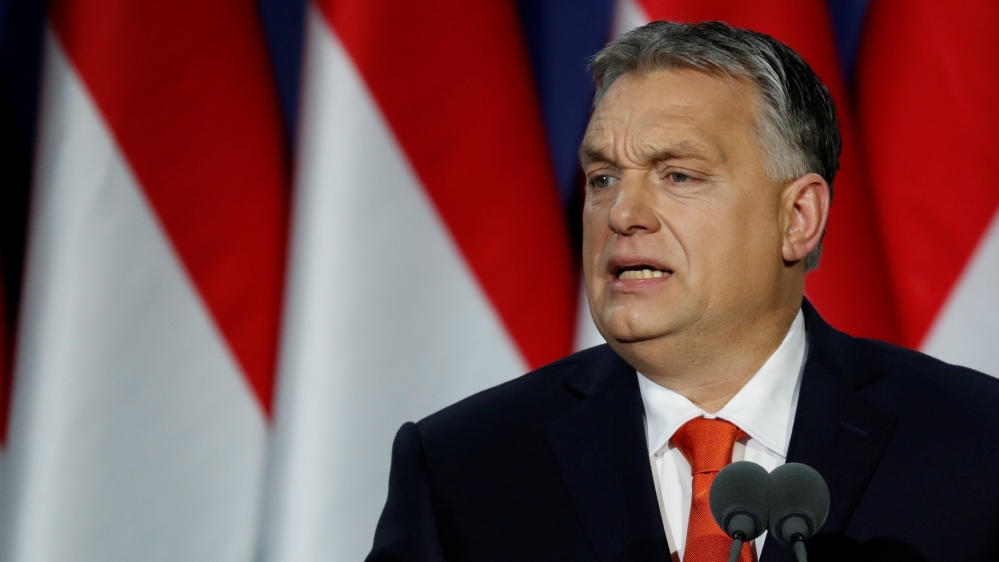 These themes aren’t new, and Orban has echoed them time and again on the campaign trail. Last month in Miskolc, a town situated in the country’s northeast, he warned of potential “ghettoes and no-go zones” if he did not win.

Daniel Makonnen, a spokesperson for OSF, dismissed Orban’s claims that Soros and the OSF have attempted to undermine Hungary.

“George Soros and the OSF have never supported members of the political opposition in Hungary or any political party,” he told Al Jazeera, arguing that the anti-Soros campaign is rooted in “lies and conspiracy theories”.

“It seems the Hungarian government is willing to go very far to silence NGOs and critical voices,” Makonnen said. “This is extremely problematic because open debate is the core of democracy.”

He added: “In a member state of the EU, this is a very worrying phenomenon. And this is even more worrying when you consider the potential risk of contagion in the region.”

Why does it matter?

Critics say the Hungarian elections could indicate another sweeping victory for populist forces across the continent.

The consequences, they say, could include a greater crackdown on civil society, freedom of press and migration.

With the tunnel-vision focus on migration and Soros, however, serious debate about issues plaguing the country has been eclipsed.

The election campaign has also witnessed an uptick in attacks on NGOs and civil society groups, as reported by Politico.

Magyar Idok, a government-controlled daily, published recordings that it alleged proved that Migration Aid, an NGO not backed by Soros, admitted that NGOs were knowingly breaching the law.

Opponents of Orban say operations like these are part of a carefully-crafted programme to deflect criticism of the ruling party’s policies.

A March poll conducted by the Republikon Institute concluded that roughly 20 percent of young Hungarians want to leave the country.

When a report published the European Commission (EC) found that economic growth in Hungary was largely driven by European funding, the government replied by accusing the EC off interfering in the elections.

Against this backdrop, Marta Pardavi, co-chair of the Hungarian Helsinki Committee, a human rights watchdog that has repeatedly found itself the target of the government’s ire, said Orban’s presentation of migrants as a threat is “artificially manufactured”.

“This hysteria has been driven to an extremely worrying level, even if people don’t ever meet refugees themselves,” she told Al Jazeera, arguing that the “propaganda campaign” is designed to “divert attention from other issues that Hungarians experience in their everyday reality”.

Among the opposition parties are the centre-left Hungarian Socialist Party (MSZP), the environment-focused Politics Can Be Different (LMP) party and Jobbik, a far-right party with neo-Nazi roots that has attempted to rebrand itself as a traditional European right outfit in recent months.

Both Jobbik and MSZP are expected to garner under 20 percent of the vote each. LMP commanded around six percent support during a February poll. That same poll predicted that Fidesz would clench 51 percent of the vote. The Democratic Coalition, a liberal party, was polling at eight percent at the time.

Although Political Capital Institute’s Bulcsu Hunyadi declined to rule out an upset, he noted that opposition parties have suffered from fragmentation and division.

Explaining that the outcome of the elections will largely come down to how voters cast their ballots on the local level, he explained that an opposition electoral alliance was unlikely.

“It looks like there will be low cooperation on the big scale [among opposition parties], however there may be some coordination in some of the districts,” Hunyadi said.

“The opposition parties are rather split and fractured, and there no real chance for a genuine cooperation.”