BUDAPEST (Reuters) – Thousands of Hungarians attended the annual March of the Living in Budapest on Sunday to commemorate victims of the Holocaust, including Jane Haining, a Scottish missionary who refused to abandon her Jewish charges during World War Two. 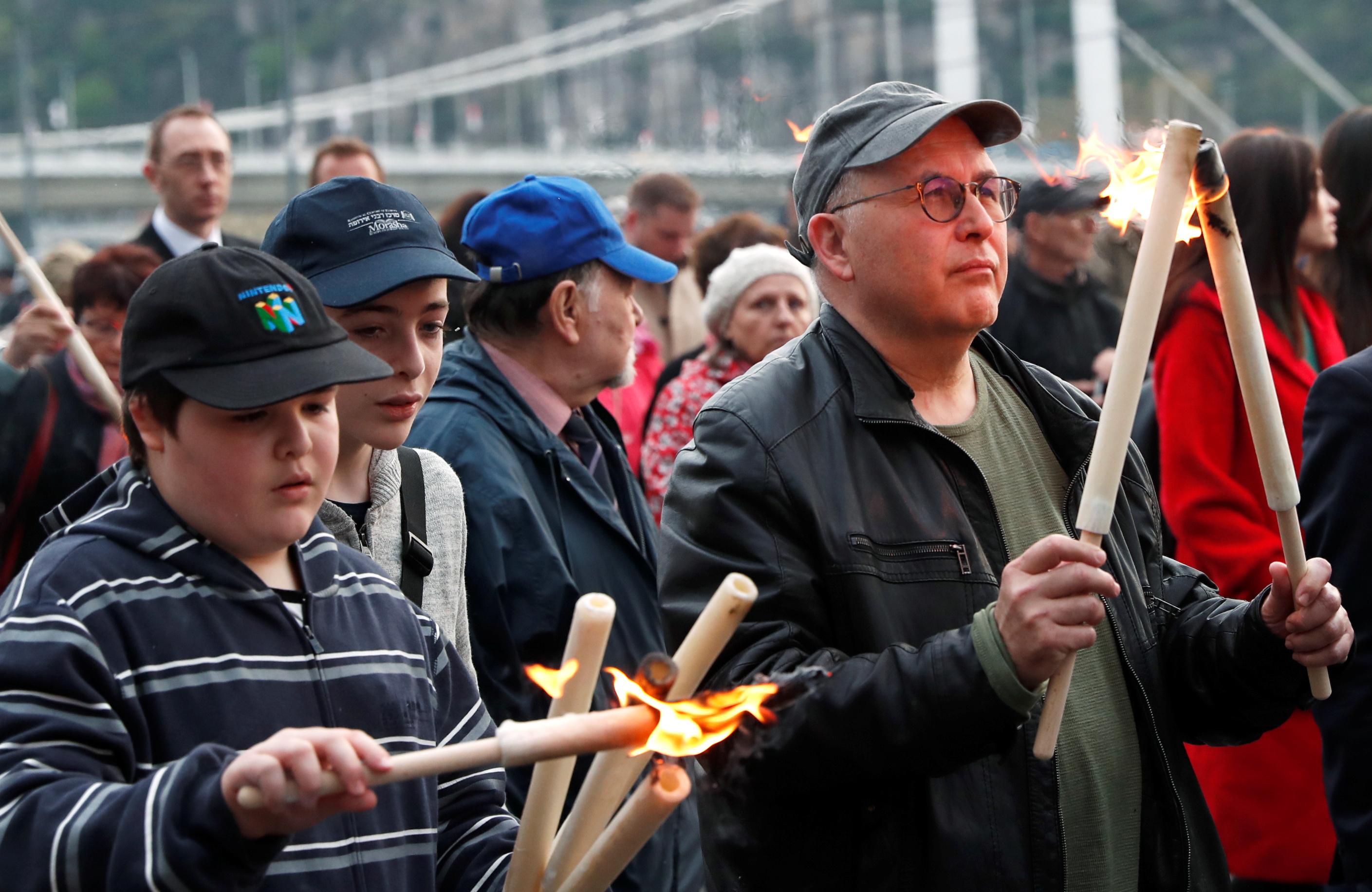 Israel’s Holocaust memorial Yad Vashem estimates that 565,000 Hungarian Jews were killed in the Holocaust, most of them deported to the Auschwitz death camp in Poland between May and July 1944.

Haining, who had taught Christian and Jewish girls at a boarding school of the Church of Scotland’s Mission in Budapest, was arrested by the Gestapo in 1944 and later died in the Auschwitz-Birkenau concentration camp.

“From April 5, we had to put on the yellow star. Miss Haining called in the children and she cried with us,” said 83-year-old Agnes Rostas, one of Haining’s former Jewish pupils, who was eight at the time of the Scottish missionary’s arrest.

“Miss Haining was a very warm-hearted human being. I have never met anyone like her all my life.”

Within half an hour of Haining’s arrest, the remaining teachers packed up the children and shuttled them off to their parents, Rostas said.

Haining was born in 1897 into a poor farming family in southwestern Scotland. She did well in school and went on to business college in Glasgow.

She was among the generation of women who were able to join the workforce due to World War One, according to Mary Miller, the author of a new biography of Haining’s life.

She decided to pursue working with children, influenced by her experience teaching Sunday school in Glasgow.

She was the only British person at the school when the Nazis occupied Hungary in March 1944. The Gestapo arrested Haining the following month on charges including political activity and espionage, which she denied.

Reverend Aaron Stevens, the head of the Scottish mission to Budapest, said Sunday’s march remembering Haining presented an opportunity to speak up against prejudice, intolerance or fearmongering.

“Sometimes when we look at the messages people are promoting today about foreigners, it is not that different from the messages that were being spread about Jews some 75 years ago,” Stevens said.

“(Haining’s) example is a reminder to us to not become complacent or lazy,” he said. “We also need to speak up and stand up in solidarity with those who might be victims of prejudice.”