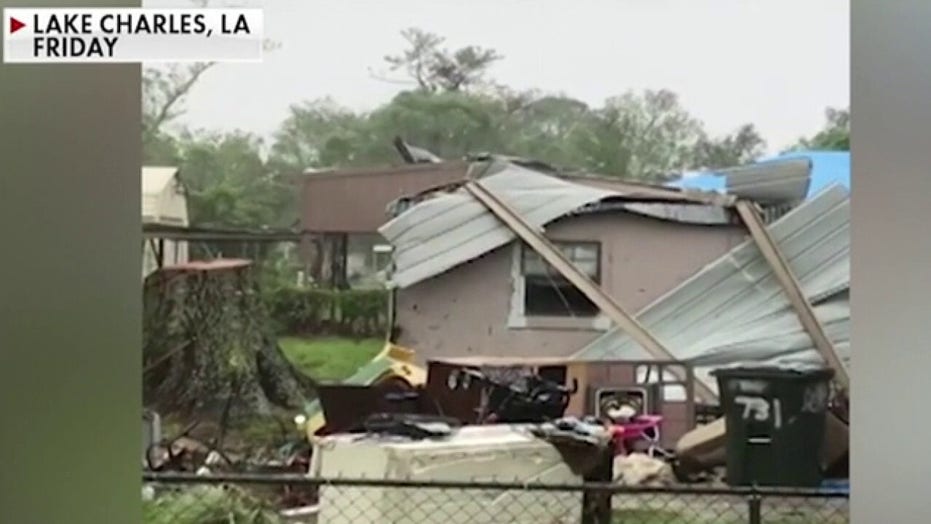 Tens of thousands of people remain without power in Louisiana after Hurricane Delta delivered another blow to the region, spurring officials to once again warn about generator safety after a deadly fire.

The Louisiana Department of Health said there have been two deaths tied to Delta in the state, including an 86-year-old man in St. Martin Parish who died after refueling a hot generator located in a shed, which then caught fire.

“This is an incredibly unfortunate loss of life,” Louisiana State Fire Marshal Chief H. “Butch” Browning said in a statement. “We want all Louisianans to not only take the generator safety tips we’ve been sharing very seriously, but also remember simple fire safety tips that we promote often, especially ‘get out, stay out.’”

According to the state fire marshal's office, the incident happened around 10:45 p.m. on Saturday in St. Martinville. 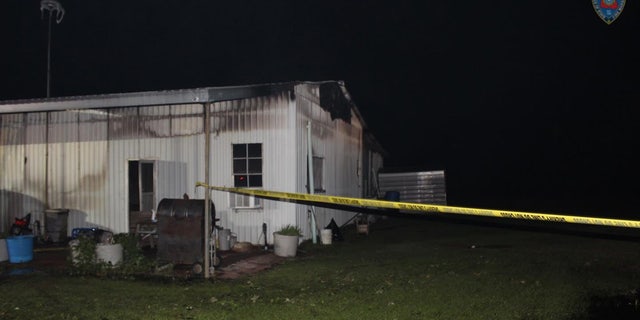 An 86-year-old man died in St. Martinville, La. on Saturday night after refueling a hot generator located in a shed, which then caught fire.
(Louisiana Office of State Fire Marshal)

The 86-year-old went into a large, metal maintenance shed where a generator had been operating for several hours to refuel it. Shortly after refueling, officials said a fire was noticed in the shed. Investigators believe the man went into the shed to extinguish the fire but never reemerged.

Browning told KATC-TV that people using generators should wait 15 minutes for it to cool down before refueling it to prevent any sort of explosion or fire.

"Because you can spill vapors, you can have vapors in that building, that will ignite a fire," he said Monday. 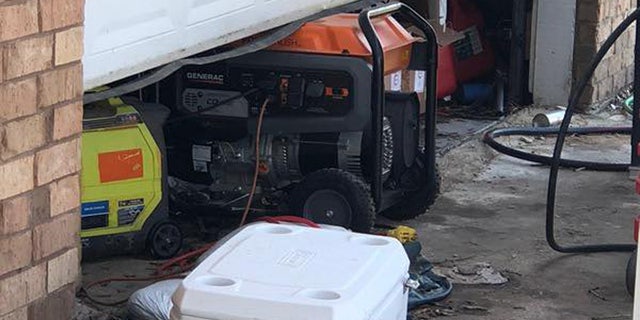 Officials in Louisiana are warning about generator safety as power remains out from Hurricane Delta. A total of 9 deaths from Hurricane Laura were linked to carbon monoxide poisoning from a generator.
(Louisiana Office of State Fire Marshal)

State officials are once again stressing generator safety, after nine deaths in the aftermath of Hurricane Laura were linked to carbon monoxide poisoning from a generator. Four of those deaths happened in one home in Lake Charles.

TIPS FOR USING A GENERATOR SAFELY DURING A HURRICANE

Health officials advise that generators should never be used indoors, including in a garage, carport, basement, crawl space, or other enclosed or partially enclosed area, even those with ventilation. 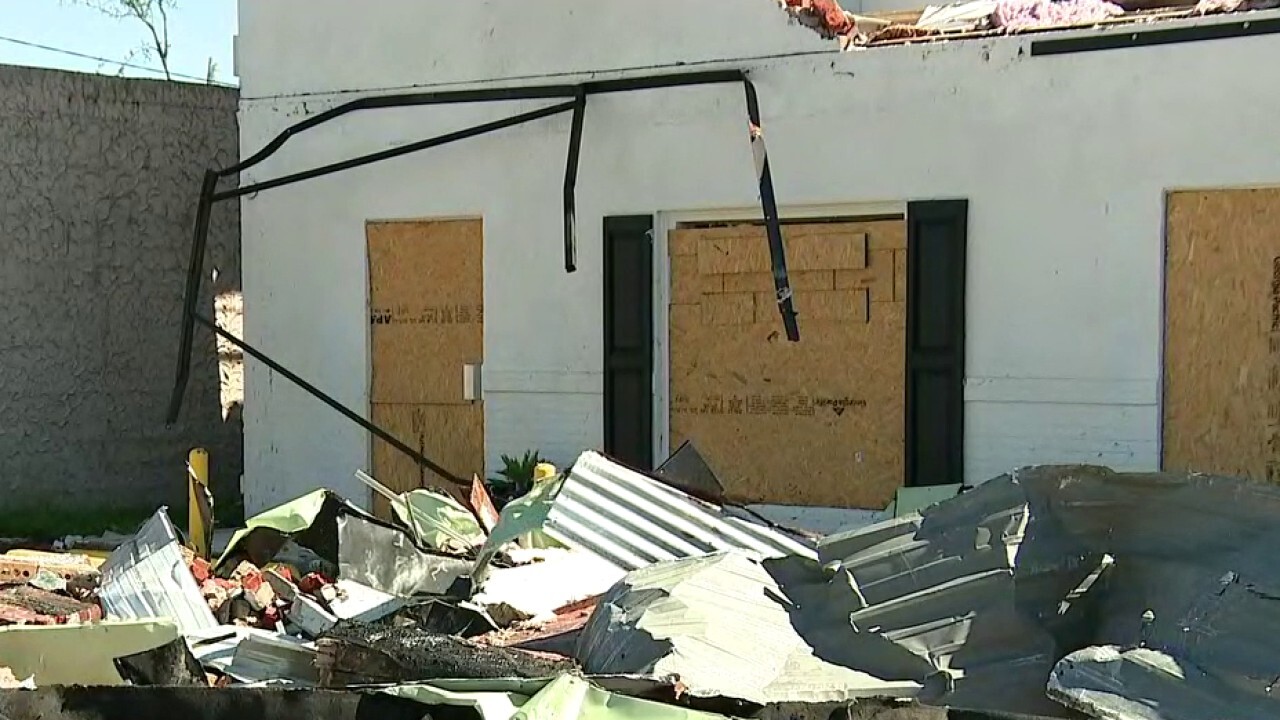 "Opening windows or doors or using fans will not prevent the build-up of carbon monoxide," the Louisiana Department of Health states. "If you start to feel sick, dizzy, or weak while using a generator, get to fresh air immediately."

But on Monday, state fire marshal once again shared a photo of a generator that was sticking out of a garage in Lake Charles.

"We may seem like a broken record at this point, but we’re learning every day that our generator safety messages need to continue to be spread far and wide," the office posted on Facebook.

Teams in the neighborhood then placed warning signs in the area about generator dangers.

The second death in the state was a 70-year-old woman in Iberia Parish, who died in a fire that was likely caused by a natural gas leak following damage from Hurricane Delta. 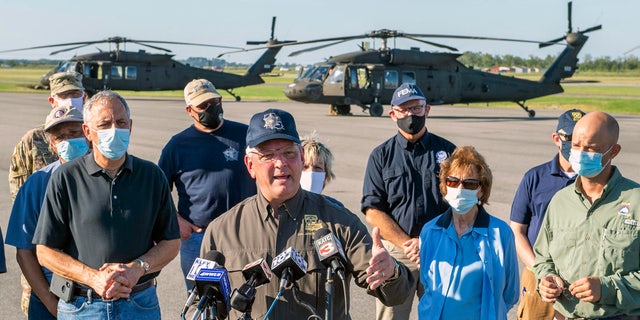 Louisiana Gov. John Bel Edwards talks about the devastation from Hurricane Delta after flying over the stricken areas in southwest Louisiana during a press conference at the airport Saturday Oct. 10, 2020, in Jennings, La.
(Bill Feig/The Advocate via AP, Pool)

Friends identified her as Judy Neal, who was an animal rescuer. An undetermined number of her pets also died in the blaze.

"She was a warrior for these animals," Christie Russell told The Acadiana Advocate. "She was a selfless person who lived for this. I don't even know how she'll be replaced."

Delta made landfall on Friday in Creole, La., as a Category 2 storm with 100 mph winds, bringing drenching rain and whipping up tornadoes. 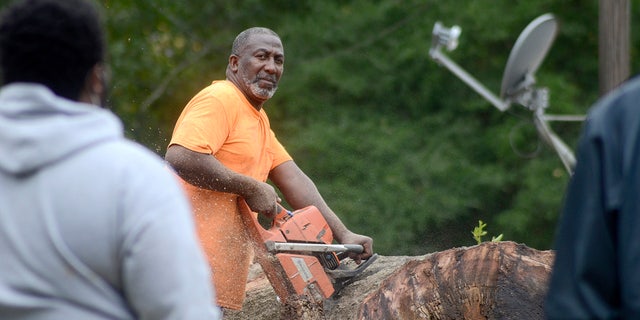 Carey Blackmon cuts an oak tree after it fell on the home of Larry Veal, Saturday, Oct. 10, 2020, in Gloster, Miss., during Hurricane Delta.
(Matt Williamson/The Enterprise-Journal via AP)

A total of four deaths have been linked to the storm. In addition to the two deaths in Louisiana, two men drowned in the northern Gulf of Mexico after Hurricane Delta churned up the surf, causing strong rip currents.

The NWS said Monday that a total of 14 tornadoes have been confirmed so far from the storm's remnants.

The storm also caused flash flooding that led to a train derailment in Georgia.

The Army Corps of Engineers said Monday that it is still installing tarps on homes damaged by Hurricane Laura, and will check on and replace if needed those already installed and then hit by Delta in Allen, Beauregard, Calcasieu, Cameron, Jefferson Davis and Vernon parishes. “ALL eligible homeowners within the six affected parishes are eligible to sign-up for a FREE temporary roof … through Oct. 24,” a news release said.

President Trump tweeted Tuesday morning that the federal government is "there to help."

"We love the people of Lake Charles, Louisiana," the president said. "You’ve been hit hard , and often, but your Federal Government is there to help. It will all work out, and FAST!!!"

More than 101,000 homes and businesses remained without power as of Tuesday morning, according to the website PowerOutage.us — down from what Gov. John Bel Edwards said was 638,000 after Delta’s landfall. 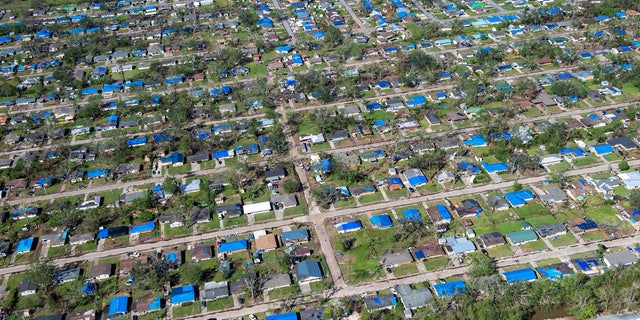 Coastal communities dealing with another storm now wonder what will happen next.

Coastal Cameron Parish where Delta came ashore had about 9,800 residents when Hurricane Rita hit in 2005. The next census, in 2010, found about 6,800 people in the parish. 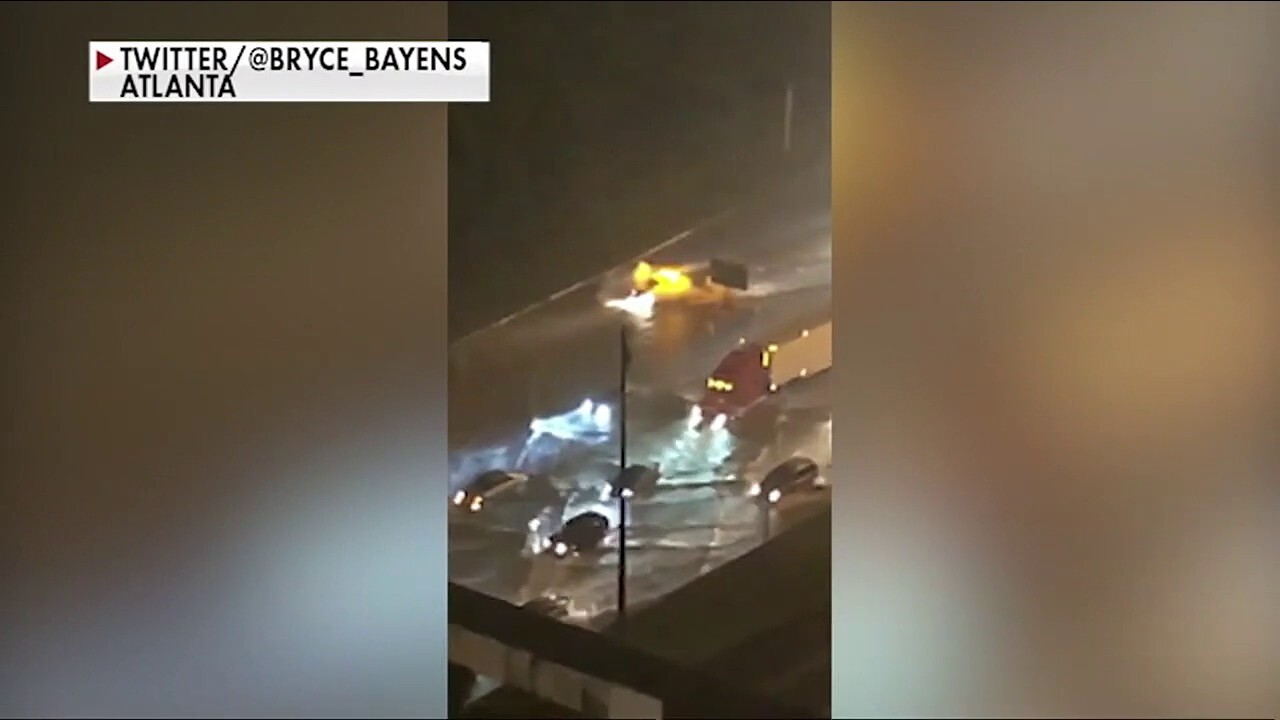 Michele Vincent of Cameron told The Advertiser that people leave with every hurricane that batters Louisiana's lightly populated southwest coast.

“It’s hard to come back and see it again and then to know there’s another (hurricane) that’s out there,” she said. “It’s tough."